Modi’s failure to control the ruined economy led to the Indian rupee crossing 80 against the US dollar due to his economic mismanagement.

The present administration could have prevented this, though, if they had used some extra money from crude oil taxes collected between 2014 and 2016 when oil prices were lower rather than spending it all on social and welfare programs that are invariably ineffective.

The Congress launched a ferocious attack on the government on Friday, charging that it is clueless and mute about the rupee’s fast slide, which will harm every Indian since it is almost at the Rs 80-mark against the US dollar.

The party also singled out Prime Minister Narendra Modi, claiming that he is “harmful to the rupee,” and quoted him as saying in an attack on the UPA administration. At the same time, the Gujarat chief minister that “the prestige of the PM is attached to the falling rupee and the lower it falls, the more credibility and dignity of the prime minister is eroded.”

Supriya Shrinate, a spokesman for the Congress, questioned what the prime minister would say in his own words at this time since the value of the rupee is reaching record lows.

“The government looks aimless as usual. Modi is poisonous and detrimental to the rupee. She said at a news conference, “What is the government doing to combat excessive inflation? It is a vicious circle.

“Mr Modi’s misleading assertion that a “strong PM” is vital for strengthening the rupee is the most poisonous and destructive for the currency before 2014,” the statement reads. The rupee became the worst it has ever been under this supposedly tough PM. The rupee has lost more than 7% of its value during the past six months. But how long will the prime minister continue to disavow the conflict?

She pointed out that the value of the rupee was just Rs. 58 to the US dollar in 2014 and said that during the last eight years, it had first crossed the “Marg Darshak Mandal” and then crossed the Rs. 80 mark, losing Rs. 22 to the dollar in that time.

She urged Mr Modi to take stock of his waning respectability and credibility. These were his words, not ours. She cited Modi as saying, “The currency of a country collapses where the government is unethical and corrupt,” in criticizing the UPA administration.

“I occasionally wonder if the national government and the depreciating rupee compete. Who will degrade themselves? The weakening rupee is linked to the PM’s reputation. The credibility and dignity of the prime minister are diminished the more it falls, “Shrinate remarked in a Modi quotation.

“We did not write these. These are the enormous Jumlas that candidate Modi ran on before 2014. I’m curious to hear his thoughts on his words from today, “the head of Congress enquired.

Priyanka Gandhi Vadra, general secretary of the Congress, also criticized the administration, claiming that when unemployment is growing, and the currency is depreciating, the government is releasing a list of phrases that may be used to cast doubt on it.

“About the dollar, the rupee is depreciating. Employers are dwindling. The nation’s population’s income is falling. However, the Prime Minister’s Office is growing its list of phrases, software, and techniques by which you may object to all of this, “Vadra stated in a Hindi tweet.

Shrine declared: “As the rupee crosses the 80 to the US dollar threshold, PM Modi and his “army of sycophants,” who used to talk extensively about the currency, are now curiously silent. But we won’t put up with this peaceful stillness.”

According to her, the primary causes of the rupee’s “free collapse” are a failing economy and unchecked inflation.

According to the Congressman, the Indian Rupee has surpassed Rs 80 against the US dollar “due to Modi Ji’s economic incompetence and failure to govern the damaged Indian economy.” She said, “This is the same rupee that Modi himself used to assert was connected to the prestige of the Prime Minister. The question raised by the rupee’s “free fall” is whether PM Modi is prepared to strike a century with our currency as he did with gasoline.

She asserted that Congress had strengthened the rupee in 2013 when it was in power and that the decline in the value of the currency would result in an increase in severe inflation and the costs of necessities like gasoline and fuel and cooking oil.

She speculated that the FM might assert that she doesn’t utilize the rupee either.

Shrinate asserted that the RBI attempted to strengthen the rupee from January until the present by spending around USD 40 billion, and she questioned why it had failed. “Investors do not have even the smallest trust in the policies of the government,” she stated.

Shrinate advised the government to “wake up and smell the coffee” and admit that the rupee is on a fast slide as its first and most crucial action. 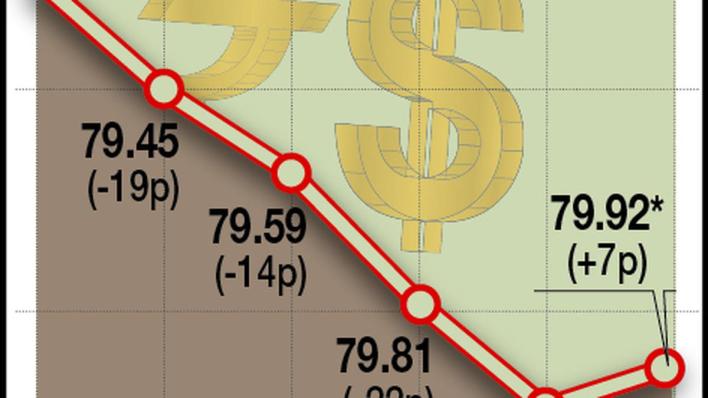 Claiming that, at least initially, high inflation and a “One of the reasons she questioned “what is the government doing to handle high inflation, and it is a vicious cycle” was because of the “ruined economy.” As inflation increases and the value of the rupee declines, it becomes more expensive.”

Lessons from Sri Lanka for the World 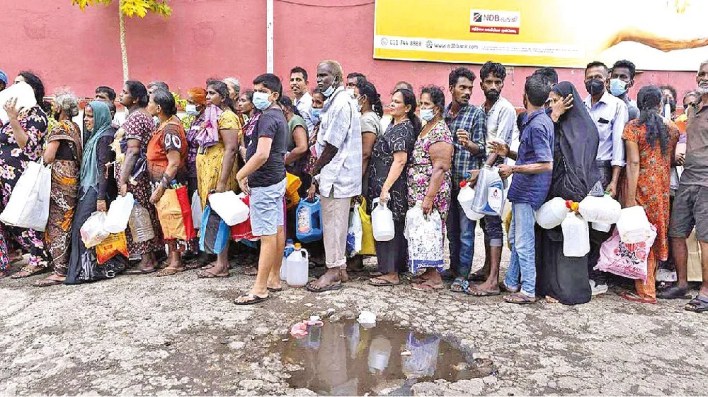 Millions of people have flocked to the streets in Sri Lanka due to the dreadful situation there, prompting the president to leave the nation. The lesson for other economically struggling, deeply indebted emerging nations is that mild suffering today is preferable to catastrophic suffering later.

Sri Lanka is experiencing a tragic event. There are lines for food and medications among the populace, gas stations are closed, and there have been rolling power outages. The nation cannot borrow because its economy is paralyzed, and its debts are already unmanageable.

The nation is enduring the biggest economic catastrophe to hit the planet since World War II.

Millions of people have flooded the streets due to the extreme situation. The president left the country, and the parliament has now chosen a new, unpopular president to take his place. Suppose all goes according to plan, which is huge considering the recent events. In that case, the International Monetary Fund may provide Sri Lanka with a rescue loan package that will allow it to purchase necessary imports and a program to establish sustainable fiscal, monetary, and exchange-rate policies.

The situation in Sri Lanka serves as a warning to other administrations. When a nation’s economic issues get out of hand, delaying a reckoning through multiple patchwork solutions would only worsen things in the long run. Due to its relatively high level of life, excellent social services, and strong economic development, Sri Lanka was a “donor darling” for many years. It had one of the world’s greatest average yearly growth rates (6.5 per cent) and one of the lowest rates of population increase in the first half of the previous decade. Even though it decreased after 2015, economic growth remained over 3 per cent on average through 2019.

However, a new administration took office at the end of that year and swiftly announced a significant tax decrease. The government has a budget deficit of more than 10% of GDP in 2020 and 2021. The annual inflation rate increased from an earlier average of less than 5% to 39.1% in May and then to 54.6 per cent in June. Even worse, the government said in the spring of 2021 that it was prohibiting all imports of chemical fertilizers, despite inflation already picking up speed. As expected, the country’s farmland was left fallow, tea exports reached their lowest level in more than 20 years, and rice output dropped by 20%.

On top of these self-inflicted losses, the COVID-19 epidemic caused a steep decrease in tourist income, which exacerbated Sri Lanka’s foreign money crisis and severely restricted its capacity to buy goods. By the end of 2021, things had spiralled out of hand, and in May, the government stopped making payments on its foreign debt.

Now that its debt has been restructured and a functioning government has been put in place, Sri Lanka cannot get the crucial inputs it needs to restart its economy. Because China, which does not participate in the global restructuring exercises for heavily indebted sovereign borrowers, is owing a substantial share of the country’s debt, the restructuring process will be especially difficult.

Again, the lesson is obvious for other debt-ridden nations. The music will ultimately cease, even though a nation’s economic authorities can temporarily postpone some of the effects of bad policies through import quotas and prohibitions, price controls, budget deficits, foreign borrowing, and money printing. When a government’s sole option is to adopt desperate and economically unsound actions, doing so will only worsen the situation. 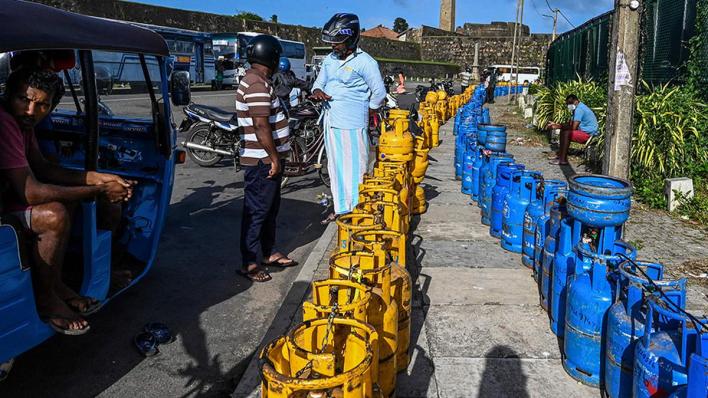 There would have been at least six months less misery if Sri Lanka had contacted the IMF late in 2021 (or even before) and implemented the difficult changes required to control inflation and lower its current-account and fiscal deficits. The country’s foreign debt would not have increased as much, and the recovery process would not have taken as long. More importantly, the nation’s eventual slide into total political anarchy could have been stopped.

With the G20 launching a Debt Service Suspension Initiative that would provide $13 billion in assistance to 48 nations in 2020–21, the international community has rightfully been paying more attention to the issue of deeply indebted developing countries since the outbreak of the epidemic. And to make matters worse, there hasn’t been much distinction between nations whose core economic policies were viable and those whose policies would have been unviable without reform, even in the absence of COVID-19.

Lending to a nation in the latter group without confirming that it has implemented or will do so is not beneficial to that nation. On the contrary, such “help” only delays the day of reckoning and leaves it with an even greater debt-service load when it comes.

Other economically troubled nations’ policymakers should learn from Sri Lanka’s experience. The lessons may be combined with those from Brazil, which, after its 2002 debt crisis, swiftly made the essential policy adjustments and enjoyed years of steady development after that. Brazil, too, faced the decision of taking immediate, painful action to set the stage for recovery or postponing it with delay and denial. The people in charge of it turned out to be more intelligent than those who have now fled Sri Lanka.

Investors are predicting a recession. There are already signs of it among consumers