According to a UN SDGs assessment, the COVID-19 pandemic will cause 93 million additional people to live in extreme poverty in 2020.

According to a United Nations report released on Thursday, the pandemic, the climate crisis, and an uptick in conflicts around the world, including the Russia-Ukraine war, have jeopardized all 17 of the Sustainable Development Goals (SDGs) for 2030, with the global “excess deaths” directly and indirectly attributable to COVID-19 reaching 15 million by the end of 2021.

In evaluating the goals’ progress, the report stated that the pandemic had wiped out more than four years of progress in eradicating poverty, sending 93 million more people worldwide into extreme poverty by 2020, while the war in Ukraine is causing one of the biggest refugee crises in modern history. “Over 100 million people will have been ejected from their homes as of May 2022. (due to war and multiple other conflicts). Food, fuel, and fertilizer prices have skyrocketed as a result of the crisis. “Due to the conflict in Ukraine and the possibility of new pandemic waves, the projected rate of global economic growth for 2022 was reduced by 0.9 percentage points.

Regarding the climate crisis, the research stated that billions of people are already suffering the effects as the world is “on the cusp of a global catastrophe.” It highlighted the fact that energy-related CO2 emissions increased by 6% in 2021, reaching their highest level ever and erasing declines caused by pandemics.

The 17 Sustainable Development Goals, or SDGs, were adopted by nearly 200 nations, including India, in September 2015 as part of a commitment by world leaders to put the world on a new trajectory and bring about meaningful progress for people and the planet through domestic actions over the next 15 years. The SDGs contain 169 targets ranging from eradicating poverty and hunger and improving health and education, to providing basic services like drinking water by 2030.

In particular, at a time when the cascading global catastrophes, including the pandemic and the war in Ukraine, threaten human life, the UN’s yearly SDGs report attempts to analyze the progress and inform the world of what more the countries can do to meet their 2030 targets.

“Global greenhouse gas (GHG) emissions must reach their peak before 2025, then begin a 43 percent reduction by 2030 before reaching a net-zero level by 2050 to avert the worst effects of climate change, as outlined in the Paris Agreement.”

Instead, as a result of current voluntary national climate action promises, GHG emissions will increase by about 14% over the next “decade,” the report stated, highlighting the global catastrophe.

Despite these difficulties, the report also highlighted a few encouraging areas where the globe has advanced. India has been instrumental in this regard, whether it is in advancing efforts to address problems with access to clean water and sanitation or enabling people to use electricity. 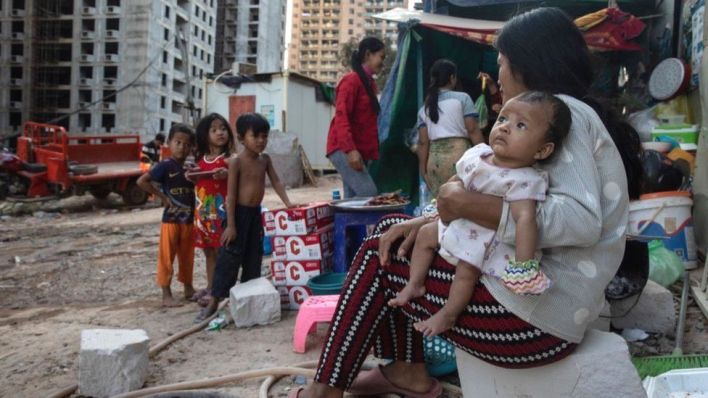 According to the report, the world has most likely advanced toward the objective of providing everyone with access to modern, sustainable energy. 91 percent of the world’s population now has access to electricity, compared to 1.2 billion in 2010, leaving 733 million people in the dark in 2020.

Even though electrification development was not uniform across areas, the researchers emphasized that the biggest access deficit countries, including Bangladesh and India, were particularly responsible for driving the improvement.

The report also noted progress on goals related to clean water and sanitation, noting that the percentage of the world’s population using safely managed drinking water services increased from 70% in 2015 to 74 percent in 2020 and that, during the same period, the population engaging in open defecation decreased by a third, from 739 million to 494 million. It stated that by 2030, open defecation would be eliminated. 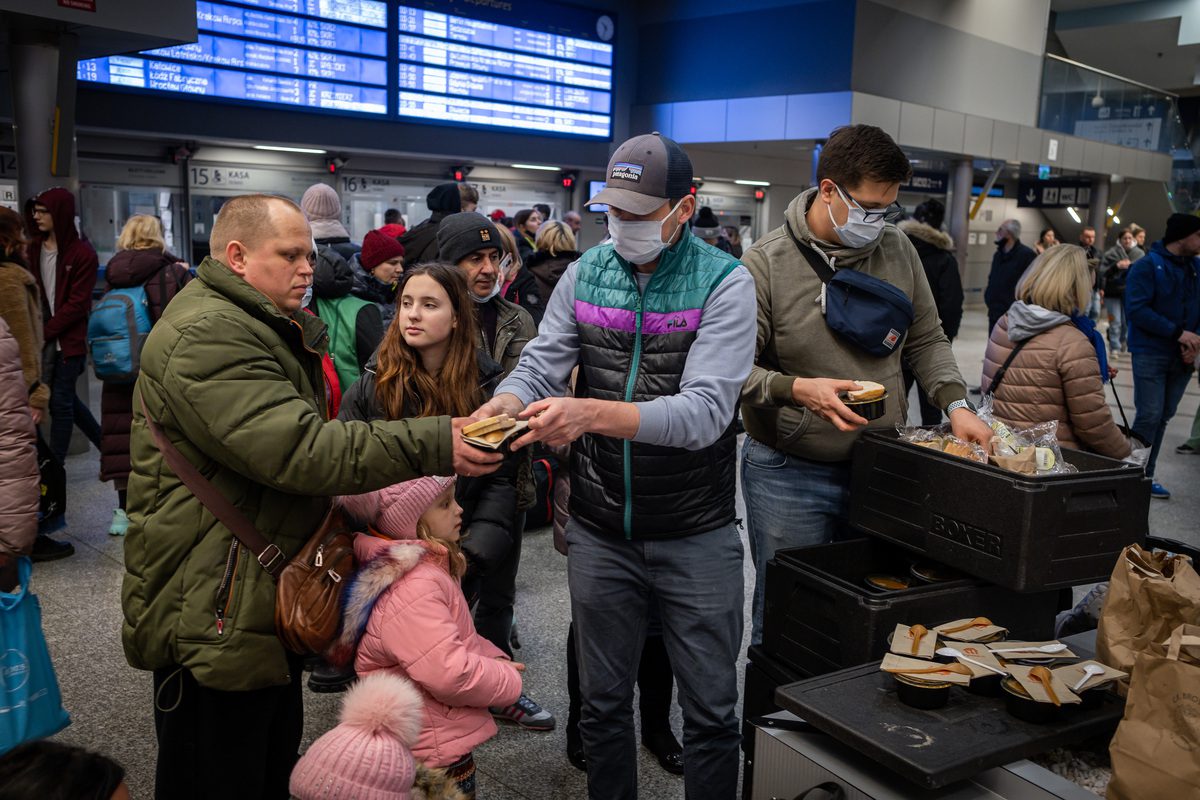 Other noteworthy positive trends highlighted in the research include how the pandemic accelerated the adoption of digital technology and novel strategies and how global industrial production increased by 7.2 percent in 2021, surpassing its pre-pandemic level. According to the report, “the epidemic has caused a boom in internet users, expanding by 782 million people to reach 4.9 billion people in 2021, up from 4.1 billion people in 2019.”

The SDG Report 2022 provided the international community with an eye-opening look at the terrible effects of numerous crises harming people’s lives and livelihoods based on the most recent data and estimates. However, it also discussed solutions at the same time. 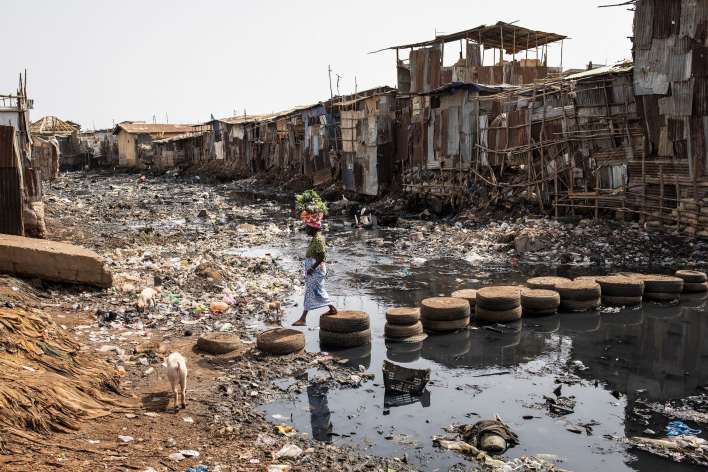 “Similar to how linked crises have a greater impact, so do related solutions.” For instance, when we take steps to strengthen social safety nets, enhance public services, and invest in clean energy, we tackle the underlying issues that are contributing to rising inequality, environmental degradation, and climate change. “UN Under-Secretary-General for Economic and Social Affairs, Liu Zhenmin, made this statement when the report was released in New York.

The global hunger toll soars by 150 million as COVID and the Ukraine war make their mark.

According to the UN, the number of people going hungry worldwide has increased by 150 million since the COVID epidemic began, and it has been warned that the food crisis brought on by Russia’s invasion of Ukraine runs the risk of driving the worst-affected nations into famine.

According to U.N. research released on Wednesday, more people were going hungry in the world in 2021 than ever before, with 2.3 billion of them having moderate or severe trouble getting enough to eat. This was even before the Ukraine crisis, which has caused prices for grain, fertilizer, and energy to rise.

As said by data from 2021, “The State of Food Security and Nutrition in the World,” offers a bleak picture that “should remove any lingering doubts that the world is slipping backward in its efforts to address hunger, food insecurity, and malnutrition in all its forms.”

The heads of five U.N. agencies that published the report stated in the forward that “the most recent evidence suggests that the number of people around the world unable to afford a healthy diet rose by 112 million to almost 3.1 billion, reflecting the impact of rising consumer food prices during the (COVID-19) pandemic.”

At a U.N. event where the study was released, World Food Program Executive Director David Beasley stated that “the worldwide price spikes in food, fuel, and fertilizers that we are experiencing as a result of the crisis in Ukraine threaten to push countries throughout the world into famine.” “The outcome will be unparalleled levels of global destabilization, famine, and migration.”

According to a report, 828 million people were suffering from chronic undernourishment worldwide last year, an increase of around 46 million from the year before and a threefold increase if assessed since the world’s economic collapse as a result of COVID.

However, with the cost of fuel, basic foods, and fertilizer surging since the invasion of Ukraine, that amount is predicted to grow much more in the upcoming year, putting some of the world’s poorest people at risk of famine, the most severe form of food insecurity.

According to David Beasley, executive director of the UN’s World Food Programme (WFP). “Countries all across the world risk being hungry as a result of the hikes in food, gasoline, and fertilizer prices caused by the Ukrainian conflict.“

In an online briefing, he stated that the WFP’s most recent study shows that “a shocking 50 million people in 45 countries are just one step away from famine” and that “a record 345 million acutely hungry people are marching to the verge of starvation.”

Beasley urged international leaders to “act today to stop this approaching tragedy,” warning that there is a serious threat that the number of people facing starvation will increase in the upcoming months. The report states that in 2021, there were an estimated 2.3 billion individuals who were moderately or severely “food insecure,” with roughly 924 million of those people experiencing severe food insecurity.

Measures of hunger are based on the prevalence of “undernourishment,” which is defined as food consumption that is insufficient to support an active and healthy lifestyle. According to the report, between 702 million and 828 million individuals experienced hunger last year. Undernourishment will increase in 2021.

He predicted that the outcome would be unparalleled levels of famine and widespread exodus. “To prevent this impending calamity, we must act immediately.”

The report, which was released on Wednesday, is unable to provide an exact number for the number of people who will go hungry in 2021 because of the uncertainty brought on by the lingering effects of COVID shutdowns, instead estimating that the total will be somewhere between 702 million and 828 million. In the latter case, that would be equivalent to roughly 10.5% of the world’s population.

According to projections, chronic undernourishment will affect nearly 670 million people in 2030, according to Gilbert Houngbo, president of the International Fund for Agricultural Development (IFAD). This is a similar number to that of 2015 when the UN pledged to eradicate hunger by 2030 as part of the sustainable development goals.

He told the Guardian, “[It] means all the effort in those 15 years will have been wiped out by the various crises that the globe is going through.” 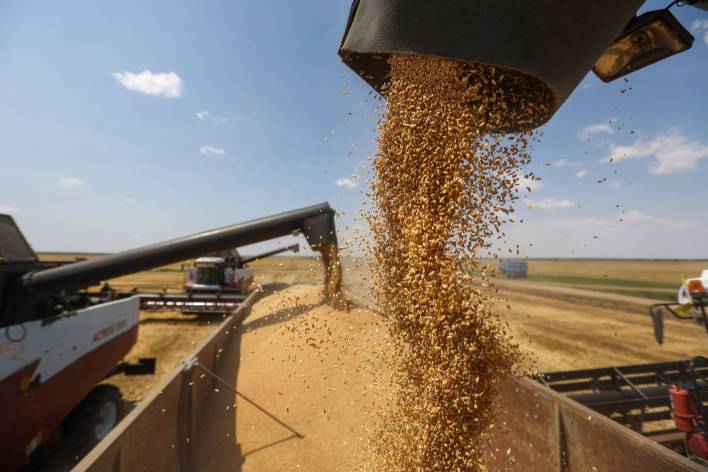 Former Mongolian Prime Minister Houngbo acknowledged that starvation was a real possibility in some places, but he added, “I like to believe there’s still time for us to avoid going there.” He continued that the one “silver lining” of the Ukraine issue was that it made the world aware of the weaknesses in the international food system.

Investment in resilience is the actual solution. The international community should “seize the moment” and change agricultural policy, he urged. Food distribution might be necessary if famine occurs. But for the love of God, food aid is not the solution, he said. “And today, we can prevent that famine if we invest in the adaptability of the local producers.”

Famine is defined as a severe lack of food by the integrated food security phase classification (IPC), a technique used by the UN and the larger international community to measure food insecurity. It states that exceedingly high levels of acute malnutrition are already present or soon will be.

Some regions of South Sudan had a famine that was last formally recognized in 2017. Before that, a famine in Somalia between 2010 and 2012 is thought to have killed up to 260,000 people.

Both nations still experience severe food insecurity, and a WFP spokesperson issued a warning last month that only a large humanitarian effort could stop sections of Somalia from relapsing into famine shortly.

Check Out The Best Google Pixel Deals And More