The biggest match of Lionel Messi’s career will take place tonight when Argentina takes on France in the main 2022 FIFA World Cup final in Qatar. Even though football is a team sport, the focus of tonight’s game is on one man—possibly the greatest player to mainly ever play the sport.

Messi has had a fantastic tournament thus far, and his performances have forced his team into the championship game. This is also not to say that Argentina is a bad team without Messi; it has talented players and an experienced coach. Messi, on the other hand, is the one who drives the entire team forward and supplies the immeasurable oomph that pushes a good team to the brink of greatness.

In some ways, Messi’s World Cup victory will be necessary to establish his legacy rather than just the fairytale conclusion to a legendary career. This is not to say that it should be, and Messi might not have any control over tonight’s outcome. It would be unfair to evaluate a whole career based solely on one game, no matter how significant it may be. But being great comes with its share of problems.

The fact that the person who came before him did so in 1986 is arguably the main reason why Messi needs to win the World Cup. Since the moment Messi first kicked a ball, he has been also compared to Diego Maradona and heralded as his successor and the heir apparent to his legacy. Although Messi has unquestionably had a more successful club career, many fans still view Maradona’s World Cup triumph in 1986 as the pinnacle of footballing greatness and achievement, which Messi has yet to match.

Football comparisons between Messi and Maradona are unavoidable. Maradona was small and had a low centre of gravity, which was essential to his style of play. As he dribbled past bewildered defenders, the ball always seemed to stick to his feet. He saw passes that also no one else would have the ability or audacity to even consider. And the ball appeared to defy the laws of physics thanks to his left foot.

All of the aforementioned characteristics fit Messi just as well as they did Maradona. While their playing eras undoubtedly necessitated different playing styles, Messi is unquestionably Maradona’s footballing heir apparent in terms of raw talent and physical characteristics.

Argentina is a football-obsessed country when there is Messi

The most prized jersey of a country that lives and breathes football, Messi wears the number 10 Albiceleste (white and blue), just like Maradona did before him.

Football serves as a unifying factor in Argentina, a country that is economically and politically divided. Everyone is observing the game. The majority of people participate in sports, whether it be on their neighborhood’s streets or in fiercely competitive local competitions. Brawls are common in clubs because of their fierce rivalries and long histories. Football is a part of current Argentina’s national identity and, in many ways, and its loudest representation, unlike any other country in South America, not even Brazil.

So it’s difficult to wear an Argentina shirt. There are always high expectations. Failure is hated, and fans are not known for sugarcoating their remarks. Fans want both good and great players to compete for the world’s top spot. Failure makes players outcasts, but success elevates common people to divine status.

Argentina and Maradona’s apogee moment came in the 1986 World Cup.
Argentina had already won the World Cup in 1978, but Diego Maradona’s achievements in 1986 propelled him to legendary status.

Maradona is said to have carried his country to the World Cup’s top prize on his own in the tale of that tournament, which is frequently told. Like all legends, this one also tends to exaggerate, but only when referring to the other members of the team as being incapable.

The 1986 team had strong players who could compete against the best in the world. None of the other athletes was Maradona, though. It is beyond dispute that Maradona had the best individual World Cup performance.

The ability to get fans used to a player’s brilliance is one of the qualities that distinguishes great players. It seems as though supernatural performances are “just another day at the office.” This was a recurring theme in Maradona’s 1986 matches: he would casually score a goal, make an important pass, evade several defenders, and ultimately help Argentina win the match. For Maradona, doing things that would set him apart from others was routine.

A further quality that distinguishes great players is their occasional ability to produce highlights that become part of football lore. Maradona also experienced some of these moments, but the “goal of the century,” or the second goal against England in the quarterfinals, stands out as the one that most defines him as a player. He almost completely outran the English team before scoring the game-winning goal.

The 1986 Diego Maradona performance sparked the romantic in every admirer. Thank you, God, for football, for Maradona, for these tears, for this — Argentina 2, England 0,” said commentator Victor Hugo Morales after Maradona’s second goal against England.

After Argentina’s victory over West Germany in the championship, Maradona’s legendary status in Argentina was cemented for all time. This status was built on the foundation of sustained excellence with a healthy dose of memorable moments.

Being compared to Maradona is a compliment in and of itself, a sign of a player’s talent. The fact that Messi has yet to receive his “1986” despite all of his efforts on the field makes it the ultimate curse for him.

In 2014, he came incredibly close to winning, but was ultimately defeated by Mario Gotze’s brilliance (or, if you prefer, Gonzalo Higuain’s incompetence). But even though he was the best player in the competition, he was unable to win the grand prize. 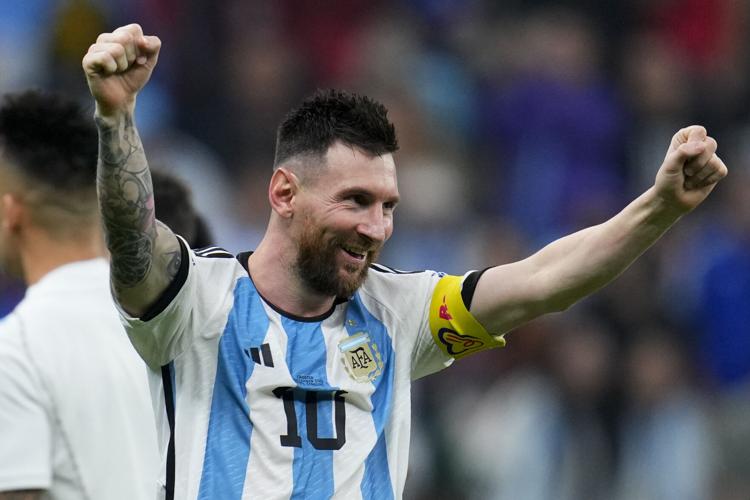 Consequently, the disclaimers and cynics have followed the comparisons to Maradona. Is Messi really on par with Diego in skill? “Is he deserving of the title of greatest of all time?” Was his success in Barcelona solely attributable to his incredible team? “Can he lead a team by himself?” These are just a few of the many inquiries that Lionel Messi has endured over the years.

But the conversation may be about to change irrevocably in 2022.
Messi’s greatest work

Messi’s final World Cup is most likely this one. How he has had a World Cup. In each game Argentina has played, he has been without a doubt the best player (even in their loss to Saudi Arabia). He has collected 5 goals and 3 assists during the tournament (tied for first in the tournament in both categories). In addition, his mere presence has distracted opponents, creating opportunities for additional attackers on his side.

But what has truly distinguished him from his everyday greatness are the times when he has worked pure magic. Messi’s World Cup has evoked the romanticism that surrounds football, much like Maradona’s did in 1986.

Leo skillfully dribbled past Croatia’s bright 22-year-old defender Josko Gvardiol in the semifinal. As he led Messi to the right-side edge of the box, Gvardiol appeared to have him under control. However, the 35-year-old Messi abruptly altered his speed and course, slid past the defender into the baseline, and delivered a precise pass to the charging Julian Alvarez, who scored. 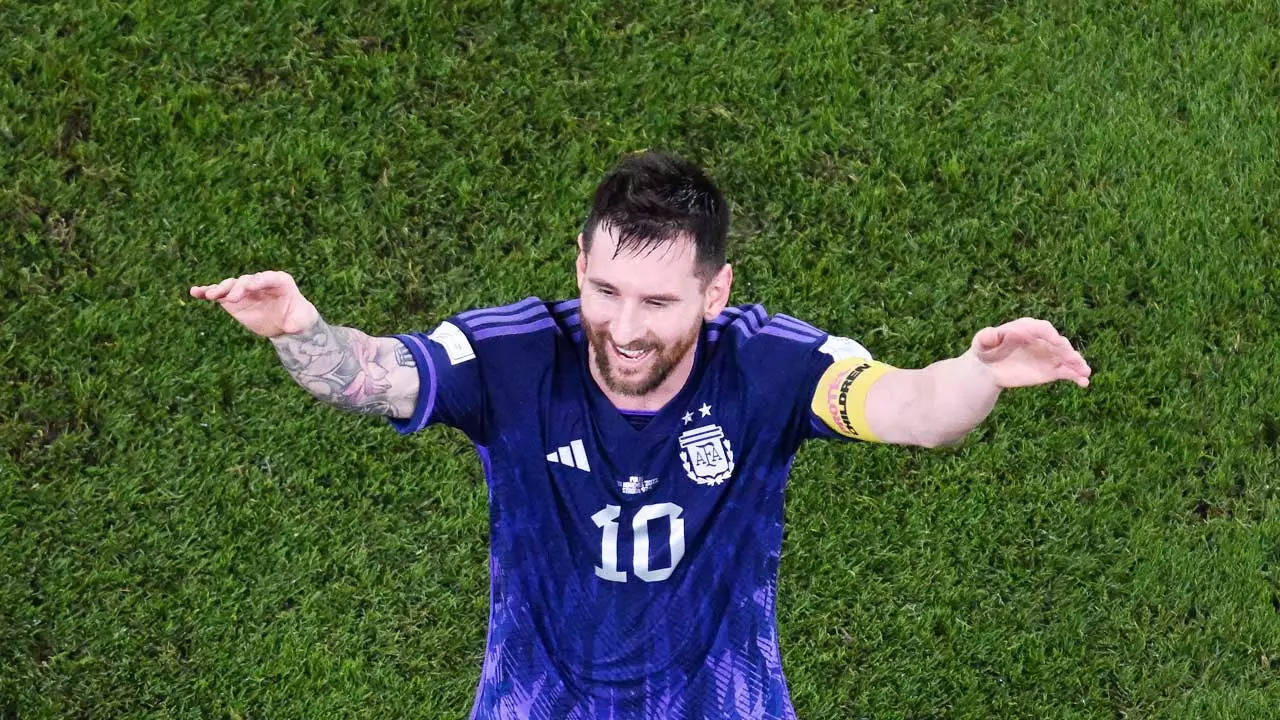 After Argentina lost their opening match, they faced Mexico in a game they had to win, and Messi scored a miraculous goal with a left-footed shot that he hit inch-perfectly into the bottom corner.

Messi’s connection to the magic during this World Cup has led to repeated references to the year 1986. Messi has served as the offensive catalyst for Argentina, much like Maradona did. Players who are skilled and diligent but may lack the genius to penetrate stubborn defences have been given new life by him.

But only time will tell whether Messi’s World Cup story will come to a happy conclusion or whether it will be a tragedy that casts him forever in the shadow of his predecessor.