Police since the ages has been known to be one of the strongest pillars of the nation in providing the security to the common citizens and maintaining the law and order serving the citizens of the nation to live in a free, independent, democratic, crime free and fearless environment.

In India the definition of police has always been different. It has been quite twisted in the most practical ways.

Police in India has always been known for torturing and harassing common citizens. Many times, the police in India have misused and abused their powers and force. Instead of protecting the constitution and the country, they are basically the private guards and force of politicians. About 80% of the police force in India is involved in illegal activities, illegal detention, illegal arrest, fake encounters, and tasks like lockup torture, misuse of power, abusing law, lathicharge on the innocents, blindly following the orders of politicians and demanding bribe. These are really common facts for the police in India and are listed in their check list every day.

Now, talking about the today’s situation when the whole world is in the grip of the Coronavirus pandemic, people are dying every day and the death toll has reached 127,598. Over 180 countries are affected due to COVID-19, and India is one of them. India has been under a complete lockdown since 24th march due to the increasing number of coronavirus cases, the government only allowed the sales of essential commodities and the working of the doctors, policemen and government officials.

What was the role of police during lockdown? 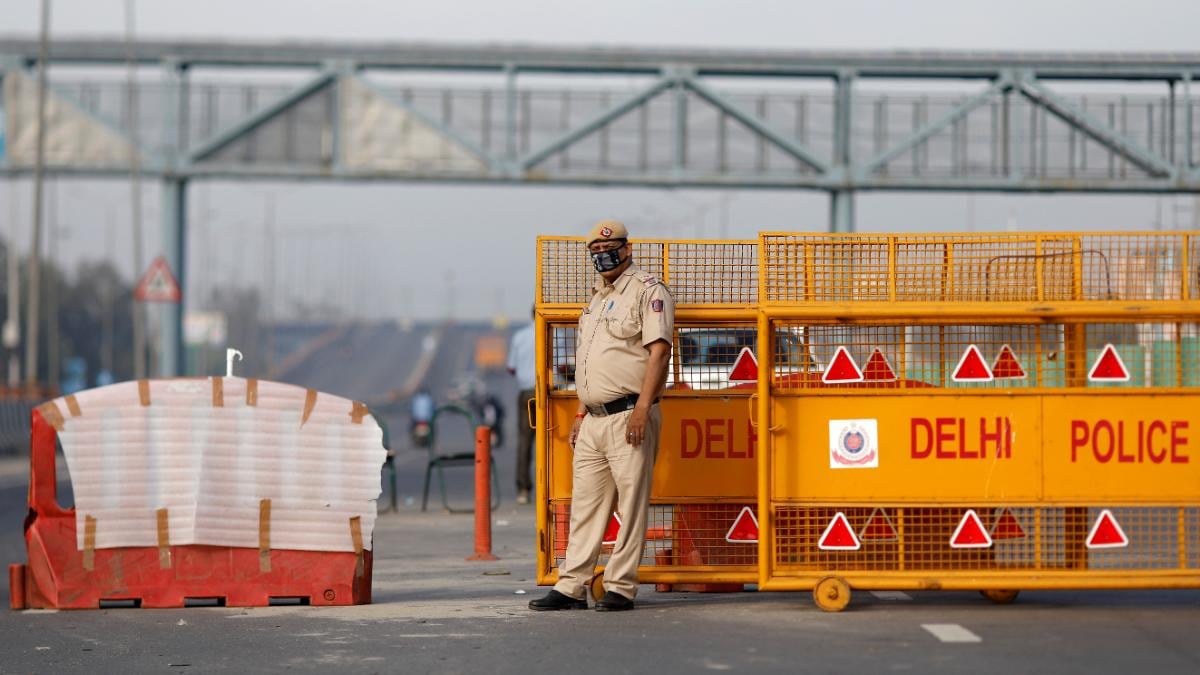 During this coronavirus epidemic & lockdown also police has played their role in torturing, harassing, and doing wilfulness with common people by doing lathicharge at them, by asking bribe from the workers and e commerce deliverymen even though if they have curfew passes or permission.

By ignoring certain activities the police have helped the coronavirus to reach such a mass number, all the chaos that took place at Anand Vihar ISBT and at the Nizzamudin, Tablighi Jamaat Markaz could have been prevented if the police rather than paying attention on taking bribes and harassing people, they would have been more alert and careful in managing these sensitive places.

Some incidents that proved that the police has tortured the common people and as always performed their duty of illegalness and ignorance very well:

Incident 1:
The distance between markaz and Nizamuddin police station is 31 meters via Mathura road as per the google map, which takes 1 minute (60 seconds) by foot.
There were total of 2000+ people in the marzak even after their event was over and lockdown was announced but police had no idea or clue that so many people were gathered inside the markaz. These people should really get a saluted on the carelessness and ignorance power they have.

Incident 2:
1.17 lakh labours started moving towards Anand-Vihar bus station under some false information in the group of 5-6 and reached Anand Vihar by evening and the total number of people gathered at anandvihar was 1.7 lakhs.

Our officers of Delhi Police still didn’t have any idea, how all of a sudden such people started gathering at Anand Vihar police station. They got alert only when the videos of such large crowd started circulating on social media. And here comes another big salute for the ignorance capacity.

Let’s look at other aspects:

Immediately police cops arrived and asked for the permission to dig the submersible. Now as we all know that the submersible is not allowed, they demanded 15,000 INR. The family who were getting this submersible told the whole story to the cops, but as you know, rules are rules and rules have no place for emotions, the cops were determined and dedicated to the “duty “ and not to spare anyone, took 15,000 in cash and went away. Since last 2-3 years, there is a illegal liquor vendor at Dabri Mod, gali number 4, which comes under Dabri Mod Thana, the guy had been dealing in illegal liquor and is selling the liquor to people and also serves them the liquor at his place, he also provides free ice and water to the people for philanthropic matter and,the police is still not able to trace the guy who is selling illegal liquor since 2-3 years, because the corruption is in the roots of the Police.

As mentioned before, There is a complete lockdown since 24th of march 2020 and Mr. Modi always creates a havoc by doing such things at last moment, whether its lockdown, article 370, de-monetization, Mr. Modi is a last minute fighter and is a great khatro ke khiladi, he do not give time to allow people to prepare themselves. So this time also Mr. Modi announced the lockdown last minute and people were not planned, at this time also the guy who sells illegal liquor came as a savior to many and provided them with beer, wine, whisky or any liquor of their choice, you name it and he has it.

Harassment that were done to the people under the name of lockdown:

As per the previous order of Government, e-commerce stores were allowed to deliver their products at door step of the end users, but many people complained that police demand money in order to let them go to deliver the address. Not only this but some vegetables vendors and milkmen were also charged money for selling their commodities as, the sales of essential items is allowed, and when the vendor and the milkmen opposed the police they started hitting them brutally.

In some cases police have also threatened people, shopkeepers and delivery man and have also abused and harassed them to stop them from delivery, even though they have permission and passes. The harassment is not limited to the local vendors or to the e-commerce deliverymen, the police has also attacked and harassed doctors who were coming back home from their duties even though they had pass and permission. Now, imagine the Delhi Police who had no clue about the markaz even though the Nizamuddin police station is just 1 minute or 60 seconds away from there. The police again had no clue of the Anand Vihar congregation and they got to know about that after watching the videos.

The police again is not able to trace a guy who is selling illegal liquor to the people just behind their back, but yes police had the clue and information at the time when the submersible was digging, and police always have a clue whenever any sort of house construction activity is happening and they come at the place of construction and then they leave by charging money because as you know it is their working style and these things are commonly done by them. Are these just coincidences or something is really cooking and we are oblivious to it?

At this time of pandemic, where people need to be felt secure and protective, the police rather than supporting and protecting these doctors, vendors and food deliverymen they are harassing and abusing these people. This simply indicates that a dog’s tail is crooked forever. Delhi police’s motto is Shanti, Seva, Nayay but after doing all this they should now really change it to Ashanti, Asuvidha, Anayay.