There are hundreds of millions of young and aspirational consumers in India, but there aren’t enough items in the payments and financial services sectors to meet their needs. India’s small enterprises gain by having more access to technology, financial services, and software at lower costs.

The digital payments system is one area where India has surprised the globe in its adoption of new technology. And Paytm is the industry leader in this field. Everyone uttered “Paytm Karo,” whether they were shopkeepers, small business owners, or college students.

The app had over 14% of the market in sales, thanks to 53.8 billion transactions worth Rs 60,094 billion in September of this year. Over Rs., 4 lakh crores in payments were made by Paytm to merchants in total through transactions in 2021. 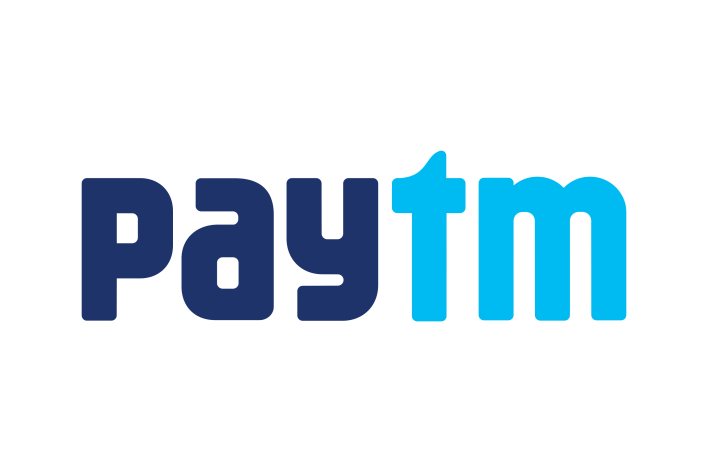 Sapphire Ventures contributed $10 million in October 2013. Paytm began extending its portfolio in 2014. The debut of Paytm Wallet happened in January 2014. The first companies to accept payments with Paytm Wallet were Uber and Indian Railways. By 2015, it had a user base of about 10.4 crores and provided financial services like metro recharges, electricity, gas, and water bill payments. Additionally, it entered the travel industry and helped buy 20 lakh monthly tickets.

Paytm acquired investments from the Alibaba group in March 2015, where it took 40% of the company’s stock as part of a business deal. Soon after, Ratan Tata, the MD of the TATA group, gave it his support. It obtained money from Mountain Capital in August 2016. The app introduced events, movies, aircraft ticket bookings, and Paytm QR during this year.

The company’s valuation reached $8 billion after Softbank’s investment in May 2017. In August 2018, Berkshire Hathaway committed $356 million for a 3–4% stake in Paytm. The first payment app in India to surpass 10 crore app downloads was Paytm in 2017. 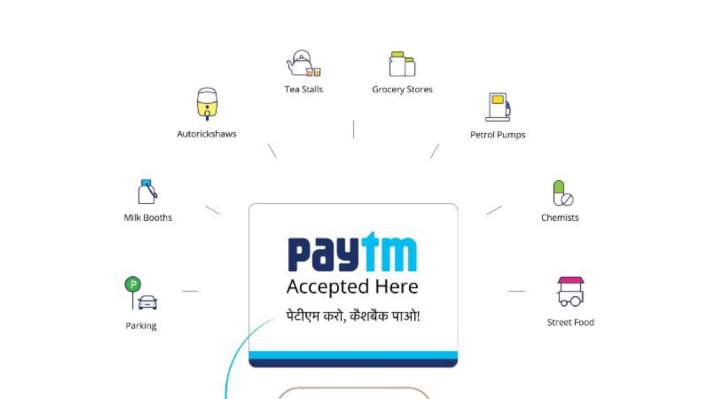 India’s top digital marketplace for customers and businesses is Paytm. As of March 31, 2021, RedSeer estimates that Paytm had established one of the biggest payment platforms in India regarding users, merchants, transactions, and income.

Commerce is made possible by the two-sided ecosystem of Paytm (customer and merchant). By utilising technology to improve the lives of its customers and assist merchants in growing their businesses, it provides access to financial services through its partnerships with financial institutions. The business model and unit economics of the app are based on consumer and merchant involvement. Let’s see how.

Bill payments, peer-to-peer transfers of funds, online payments, and in-person transactions are all examples of payments. Paytm, like other suppliers of recharge services, receives commissions from different operators, like DTH providers and mobile operators. Recharging has been encouraged through a variety of cash-backs and offers.

Commerce: Ticketing services for movies, planes, and trains are included, as is Paytm Mall. In the movie and event ticketing business, where BookMyShow was the dominant player, Paytm joined. It provides strong competition while levying lower convenience fees. By entering these markets, it faces off against specialised companies like MakeMyTrip or Yatra.

It provides financial services, including credit cards, savings accounts, insurance, etc. Most methods, including account opening and document verification, can be completed digitally, giving Paytm an advantage in attracting new customers in this market.

Consumer Payments: This makes it easier for different businesses to take payments from customers. Online and offline categories can be used to separate it. Payment gateways, links, UPI payments, subscription-based payments, and settlements are all examples of online payments.

Business Payments and Software: Payouts, nodal accounts, POS billing software, advertising, and business Khata are some of them. These are services that make doing business easier for retailers. Merchants are no longer needed to understand the intricate details of these methods.

Financial Services: Paytm provides many of the same services to corporate users as it does to consumers. It tries to address every area of money, from salary accounts to perks to pension, mutual funds, and Paytm Gold. These services include loans and insurance.

Developer Services: These comprise PAI and API services (Paytm AI). To be more specific, API is a language that every software uses. Consider that you are making an online purchase. The website and your bank are the only two parties involved here (through which you make the payment). This exchange is facilitated through API. Paytm’s fraud management mechanism is called PAI. 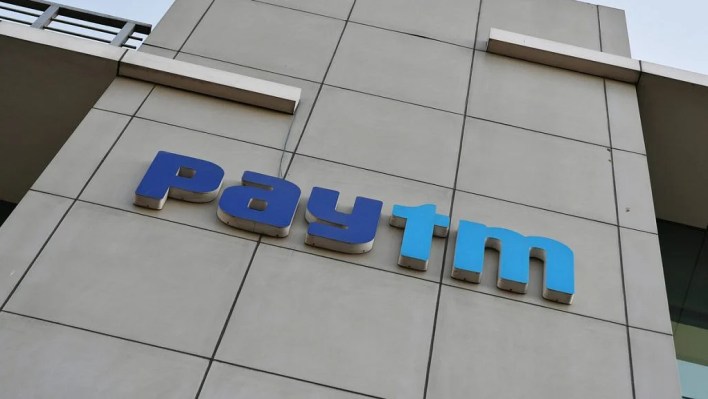 (i) Payment and Financial Services and (ii) Commerce and Cloud Services, are used by Paytm to categorise its revenue.

It primarily generate revenues from:

The fee % that it levies varies depending on the merchant category and the kind of payment method that customers utilise.

Paytm generates revenue for its financial services based on the services provided, its financial institution partners on its platforms (like loans, insurance, and wealth management), and the products provided within each business.

The product, the nature of the collaboration, and the degree of involvement in distribution, product development, and collections all affect its revenue.

The app receives fees from customers for its equity broking services, including an annual membership charge, a one-time account opening fee, transaction fees based on transaction types and volumes, and transaction fees overall. As of 2021, payment and financial services will hold for 75% of total revenue.

For enterprises in travel, entertainment, ticketing, and other areas of commerce, Paytm charges merchants a transaction fee and consumers a convenience fee that is often based on a percentage of the transaction value.

The app charges its merchants a subscription fee for software and cloud services and, in some cases, a fee based on the level of activity on Paytm’s platforms.

For its advertising business, Paytm organises performance and brand marketing campaigns for retailers and charges them based on the scope and nature of the campaign. By 2021, commerce and cloud services will hold for 25% of overall revenue. 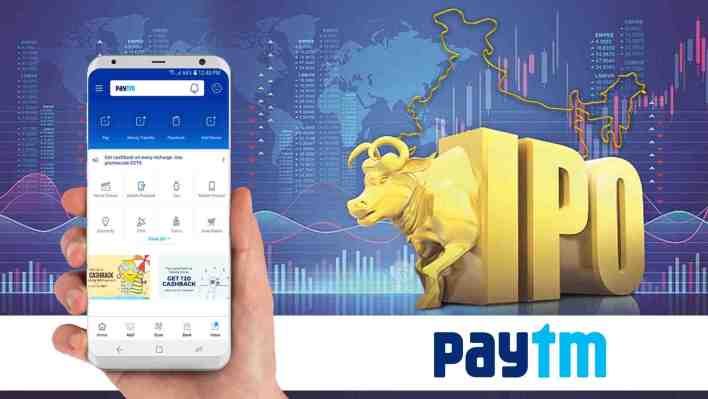 For those who are unaware, the app launched its IPO in November 2021, raising Rs. 18300 crore at a valuation of roughly Rs. It was India’s largest IPO in history.

The shares commenced trading on the NSE at Rs 1950 on November 18, 2021. This finished down more than 27% at Rs 1560, which was 9.3% below the upper band of the IPO price range. It was the biggest decrease ever experienced by an Indian IPO on the day of listing.

This may have had a number of problems, including a sophisticated business plan that may not have attracted retail investors.

The business model of Paytm will be better and more widely explained. Its business strategy does not involve a single point. When Paytm acquires a customer for A, A makes some money. However, more money is made on a derivative of A, like B, C, or D. There is the possibility of E, F, or G. An extensive amount of elements need to be grasped because it is an A to G business model. It is what it is because Indian stock markets have never experienced anything like this.

Paytm has paid the price for its aspirations to become a super-app and be present in every industry. Retail investors typically choose to invest in market leaders or monopolies in their respective industries. Now, if you can perform a quick exercise, consider a few Paytm items and other participants in that market. Every section will have one or two major/niche players, which is a problem. It turns the app into a multifaceted company. However, Vijay Shekhar Sharma held the following opinion:

See also  Edelman: 91% of tech execs believe AI will be at the center of the next technological revolution

Its strategy has been to precisely follow how the consumer is going while growing its platform. Paytm is not referring to our being listed as a single-line item company. It is similar to an ice cream Sunday, where there are many flavours of businesses, and each business feeds into the growth of the others.

As tempting as the aforementioned remark may sound, remember that one bad flavour might ruin the entire dessert. The drawback of attempting to be a super-app is that. In this data-savvy world, numbers speak louder than anything else; hence, Paytm relies on figures to demonstrate its mettle. 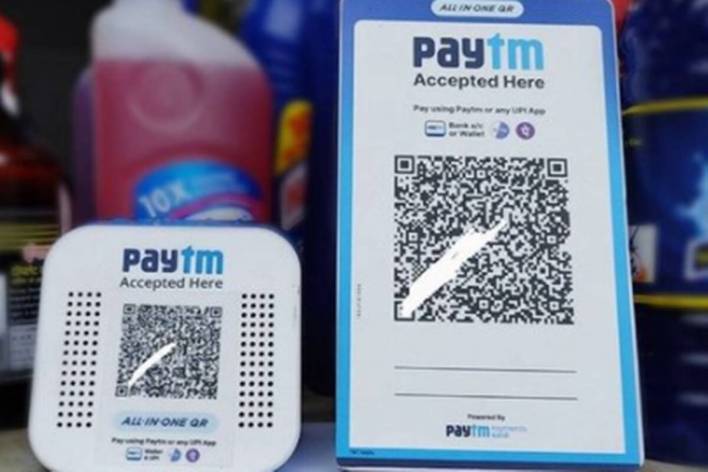 What does Paytm Want to become in the future?

The app increased the amount of transactions on its platform by providing more use cases to its customers as more merchants joined its ecosystem. It had 21.1 Million retailers using its services as of March 21.

If you hadn’t already noticed, Paytm aspires to develop into a “super-app.” It provides a wide range of services, including everything in the financial sector from a consumer and commercial perspective, including bill payments, cinema tickets, insurance, and POS billing software. When an app or other entity does this, it means they must attract and keep users (think Amazon or Flipkart).

Returning to the original question, Paytm has said what it plans to do with all the data gathered from its transactions. To explain, every transaction a person makes on Paytm reveals something about them. With access to this vast data, this information can be used for many things, like lending money or customising adverts.

The NPAs are a major problem for the loan industry as a whole right now. This is the rationale behind RBI’s extensive regulation of the lending sector. But wouldn’t it be great if you could already tell whether or not the customer will pay you back? Take Paytm as an example. Every time a merchant transacts, the app learns a little bit about them, and over time, it gradually determines this person’s creditworthiness.

Say this person needs to borrow money. Paytm is the ideal party to make this happen. However, given that Payments Bank was only established in 2017 and is still relatively new to the market and subject to several RBI restrictions, it would be far more advantageous for them to collaborate with banking organisations.

The app can snag a piece of this industry, given how popular “buy-now-pay-later” plans from companies like Amazon Pay and Slice are. After all, UPI payments use it as one of their main methods. Regarding advertisements, it will do great in target-based marketing because it is a super-app. It can emulate companies like Google and Meta, for example.

Centre’s New Travel Policy for Government Employees Confirms India is on the Road to Bankruptcy but the Government is Hesitant to Accept it.