How promoters are dumping their companies’ shares to retail investors, 5 fallen stocks where promoters hold less than 5 percent of the Shareholding.

The percentage of a company’s shares held by its promoters is promoter holding.
Promoters and promoter groups are individuals or organizations that have a substantial impact on a firm. They may own a significant portion of the firm, if not all of it, and they may also hold top management roles. Because of this twofold impact, investors must comprehend promoter holding and its ramifications.

Because of their dual function as substantial or largest investors in the firm and as executives, analyzing changes in their holdings is both crucial and enlightening.

Investors view an increase in promoter holding as a favorable sign. This increase is equivalent to putting money where one’s mouth is for them. All major owners, especially promoters, have a vested incentive in talking positively about their firm and its prospects.

In this way, they may persuade potential investors to invest in their company’s stock, boosting its value and, as a result, their riches.
If, on the other hand, promoters are purchasing additional shares in their firm, it indicates that they are confident in the company’s prospects and want to profit from it.

A drop in promoter ownership, in contrast to an increase, provides a negative signal to investors. It shows that the company’s promoters do not have much trust in its future prospects or do not have a solid strategy for growing the firm or dealing with competition.

Many people regard a reduction in their stake to be a warning indicator because of their insider status in the firm.
However, investors should be cautious when it comes to a drop in promoter holding.
A drop may not automatically imply bleak future prospects. When promoters are pursuing an acquisition or launching a new endeavor, like Amazon’s Jeff Bezos did in April 2017 when he founded aerospace company Blue Origin, they may sell their interests. 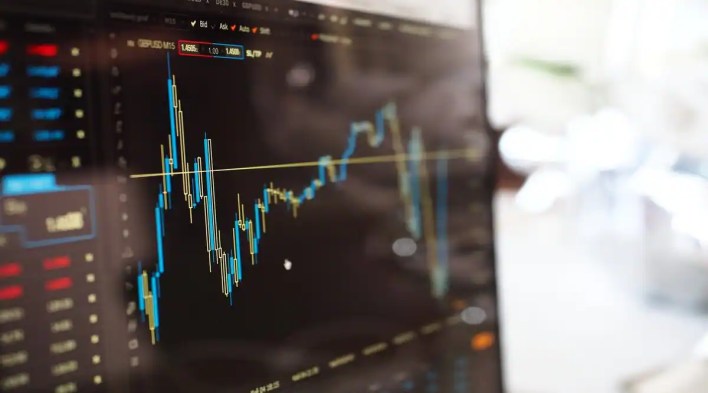 Similar to the individual or institutional investors who may opt to sell a portion of their stock to support personal expenditures, a promoter may decide to do the same.
As a result, if a promoter has stated why he is selling his stock, it is not a cataclysmic event for the company’s stock. Unprecedented and regular drops in holdings, on the other hand, may indicate a promoter’s loss of trust in his company’s stock.

A stock with modest promoter ownership that is rising is also regarded as excellent if you want to go deeper attempt to figure out why promoter holding is so low.
The Satyam Scandal was one of the worst corporate frauds in Indian stock market history, with thousands of investors losing money.

In this affair, Satyam Computer Services Chairman Ramalinga Raju said that the company’s records were fabricated and that reports totaling Rs 14,162 crore were distorted in various ways.

Both the corporate and investment communities were taken aback by the revelation. However, if the investors had thoroughly examined the company’s ownership history, they could have noticed that something horrible was brewing on the inside.
The promoters steadily reduced their holdings in their own organization year after year during the scandal period.

According to the company’s ownership pattern over the years, the promoters had 25.60 percent equity in March 2001 but lowered their position every year after that (Ramalinga Raju sold 4.4 crore shares in the 2001-08 period). The promoter’s interest had been cut to 22.26 percent by March 2002, then to 20.74 percent by March 2003. The promoters owned just 8.61 percent of the company as of September 2008, according to the most recent data available.

The constant decline in the promoter’s share in Satyam Computers was a warning indication that most shareholders ignored, resulting in their money being lost.

A continuing decline in the promoter’s stake of their own firm, as a rule of thumb, is not a good indicator.
This is because the promoters (who are also the owners) have less faith in the future of their own organization as their ownership decreases.

The promoters are the insiders who know everything there is to know about their firm. They are aware of their company’s the product/service offerings, market demand, and future growth possibilities.

They are also kept up to speed on the company’s finances on a regular basis. They understand how much income and profit their firm generates, in addition to how financially strong or weak it is.

As a result, if the promoters are positive about the future of their firm and have a clear vision/goal for its growth, they will not want to sell their shares or reduce their ownership in the company that they founded.
In summary, if the promoters’ share is steadily dropping, you should look into it more and take precautionary measures.

When is a reduction in the promoter’s stake ‘NOT’ a bad sign?

If the promoters are transparent about why they are lowering their investment, or if the fall in the promoter’s share is a one-time event, then it might not be such a terrible indicator.

Perhaps the promoters are considering a new endeavor, an acquisition, a new firm, or just purchasing a new home. Everyone has the right to utilize their resource when they require them. If the promoters have other ambitions, they may sell their holdings to obtain funds, but this is not a red flag.

What can be said about these firms that have a Zero Promoter Score? Is it beneficial or necessary to have large promoter ownership in a company?

Retail investors’ holdings in several of the BSE 500 index’s worst-performing equities have steadily increased this year.
Some of these firms are in trouble, but analysts have been seduced by declining pricing, mistaking low valuations for low prices. “Retail investors are unable to comprehend the magnitude of the crisis in these firms.”

Typically, they base their opinions on stock price rather than fundamentals, which have deteriorated in the case of these companies,” said Abhimanyu Sofat, IIFL’s head of research.

“If fundamentals worsen, a stock may be overvalued even at reduced prices.” “Retail investors should avoid these firms and avoid bottom-fishing,” Sofat said.
The stocks listed below are those in which ordinary investors own much more than promoters and where shares are falling constantly “Sintex Industries informed the Exchange of ratification of the resolution plan by the Committee of Creditors’ members… which suggests that the Company’s current share capital be reduced to zero and the Company be delisted from the stock exchanges,” according to a notification from the BSE.

The share price of Sintex industries has fallen from Rs.245 in Dec 2007 to Rs.111 in 2017 and now Rs.7-8 in the current year.
95% of the shares of Sintex are being held by retail and other small shareholders
Did the promoters lose much? No, they already dumped their shares to retailers long ago.

Promoters only hold 4.5 % of the Shareholding as of December 21, Individual Investors hold 82.88%, and the rest is held by insurance companies, foreign portfolio investors, Financial institutions, and others. Individual investors hold 80.85%, and promotors only hold 5.18 %, and the rest is held by insurance companies, foreign portfolio investors, Financial institutions, and others

The shares fell Down from Rs 2400 to Rs 16.
95% of the shares of Reliance capital are being held by retail and other small shareholders

Promoters only hold 1.51 % of the Shareholding as of December 21; Individual Investors hold 86.6%, and the rest is held by insurance companies, foreign portfolio investors, Financial institutions, and others.

95% of the shares of Unitech are being held by retail and other small shareholders
Promoters only hold 4.99% of the Shareholding, Individual Investors hold 77.92%, and the rest is held by insurance companies, foreign portfolio investors, Financial institutions, and others.

There are tens and hundreds of other penny stocks that have gone from hundred to pennies.
But one thing that is common in all these stocks is that 80-90% of the shares are held by retail investors. So why is it that retail investors are majority shareholders while promoters sit at a holding of 5-7% in all these fallen stocks.
It is simple because retail shareholders are sold this idea of buying low sell high without context.

Yes bank was the next HDFC bank, DHFL was a bluechip NBFC, Sintex was making profits when it started falling, Unitech was a leader in real estate.
All the bad fundamentals came to light when the price had already fallen significantly, and even then, lots of “fundamental Analysts” relied on confirmation bias and management’s commentary to recommend ‘BUY’ on these stocks.

Retail investors turn buyers when institutions head for the exit

Retail investors (those with a nominal share capital of less than one lakh rupees) have grown their interests in 102 businesses where promoters have reduced theirs, according to Capitaline statistics. Similarly, individual investors grew their shares in 175 businesses while Foreign Institutional Investors (FIIs) dropped their interest.

This tendency may also be seen in equities, as domestic institutions have reduced their holdings. Retail investors grew their positions in 185 equities where mutual funds reduced their holdings and 80 stocks where insurance firms reduced their stakes.
“Investing in small and mid-sized firms without examining fundamentals might be harmful to ordinary investors,” says VK Vijayakumar, Geojit Financial Services’ Chief Investment Strategist. 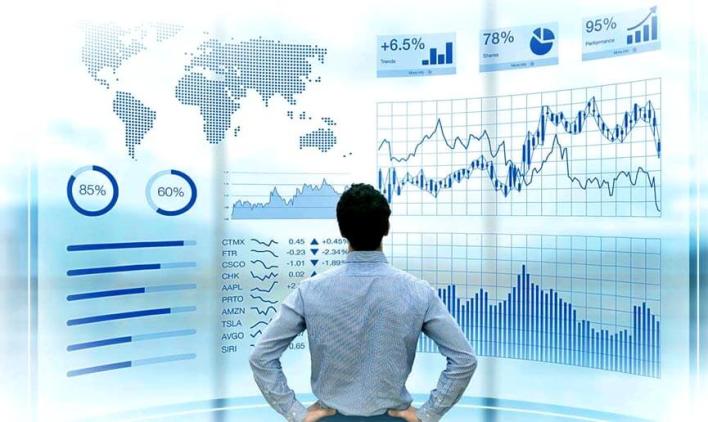 “According to traditional valuation metrics such as the PE ratio, Price to Book, and Market Cap to GDP, the market is now overpriced.” There is froth in several mid and small caps, and these stocks will be destroyed in a bear ambush, which might happen at any time,” he says.

While promoter holding alone cannot determine whether or not a company is a smart investment, it is certainly one of the aspects to consider. Furthermore, seeing the decrease and increase in promoter holding is more important than observing the actual promoter holding.

Retail investors have been buying shares that have been offloaded by either the institutional players or promoters — both of whom are probably better informed.
Most retail investors are averse to taking a loss on their portfolio holdings when share prices fall; they would normally attempt to add to or average out their positions regardless of the causes for the share price decrease.

Funding in startups in India is the best way to convert black money to white, 5 ways it affects Indian Economy