How will robotics alter the planet in the future?

When we think of robots, we may conjure up images of sci-fi-inspired, humanoid machines. While these types of devices primarily remain mythical, there are numerous more types of robots in use today. But, what exactly are robots? And how will they make a difference in the world?

Here, we look at the history and many sorts of robots and the benefits and drawbacks of employing them and how they might impact the future. We’ll also go over some of the skills you’ll need to get started with robotics, as well as various courses that can help you improve your abilities.

What exactly are robots?

Let’s begin by defining specific terms. Although most of us are familiar with the concept of robots, it can be challenging to identify them from other forms of technology.

Robotics differs from other machines in how they interact with the world, as we will see in this open step on the nature of robots. They can change their environment and respond to the world around them based on their actions.

‘Robotic systems can be defined as networked, interactive, cognitive and physical instruments that can detect the world using sensors, reason about events using algorithms implemented in computer programmes, and perform actions facilitated by actuators,’ according to a more extensive definition.

Robots are machines that can perceive, think, plan, and act independently, and they can accomplish jobs on their own and enhance human skills and emulate human actions. Finally, the word robot comes from the Czech word robota, which means “forced labour.” 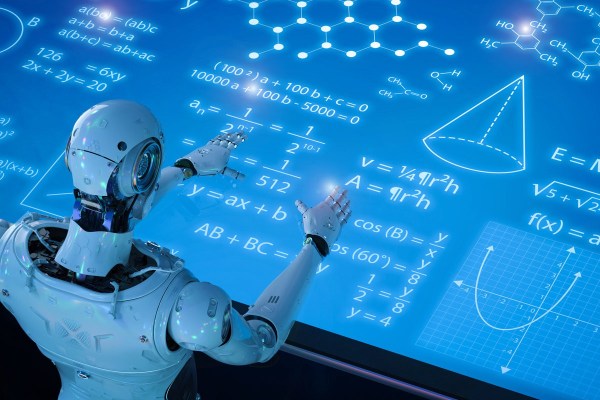 What exactly is robotics?

Robotics is the study of how to build robots. It’s an interdisciplinary field that brings together computer science, engineering, and technology. Roboticists work on the design, manufacture, operation, and use of robots in various settings.

Traditionally, robotics has focused on developing robots that can perform repetitive or straightforward activities at scale or operate in dangerous environments where people cannot work.

Recent advancements in machine learning and artificial intelligence, on the other hand, predict that human-robot interactions may become more prevalent in the future.

Over the next few years, the robots sector will likely expand dramatically. According to estimates, the industry might be valued at $260 billion by 2030. Professional services robots that do valuable jobs for humans, such as cleaning, delivering, and transporting, will account for a large portion of this rise.

Computer science, engineering, and technology combine in this interdisciplinary discipline. Roboticists work on the design, construction, operation, and application of robots in a wide range of applications.

Robotics has traditionally concentrated on producing robots that can perform simple or repetitive tasks at scale or function in hazardous situations where humans cannot work.

Machine learning and artificial intelligence have made significant strides recently; on the other hand; we predict that human-robot interactions may become more prevalent in the future.

The robotics industry is expected to multiply in the following years. By 2030, the market is expected to be worth $260 billion, according to projections. A significant chunk of this increase will be accounted for by professional services robots that do valuable tasks for humans, such as cleaning, delivering, and transporting.

The personal service industry is one of the fastest-growing sectors in robotics. Manual chores such as food dispensing and cleaning are examples of applications.

One of the primary growth areas in robotics is the personal service industry. Uses include manual tasks such as dispensing food and cleaning.

Robots are frequently used in exploration to reach hostile or otherwise inaccessible places. Space research, such as the Curiosity Rover on Mars, is a fantastic example of exploratory robots.

Hazardous environments: Certain locations, such as disaster zones, high-radiation areas, and extreme conditions, can be unsafe for humans to enter.

Medtech robots are employed in the healthcare industry, whether assisting with surgery, rehabilitation, or physiotherapy or managing laboratory specimens.

People are increasingly purchasing robots for entertainment (especially during the pandemic). There are a variety of popular toy robots and robot restaurants, and massive robot statues. 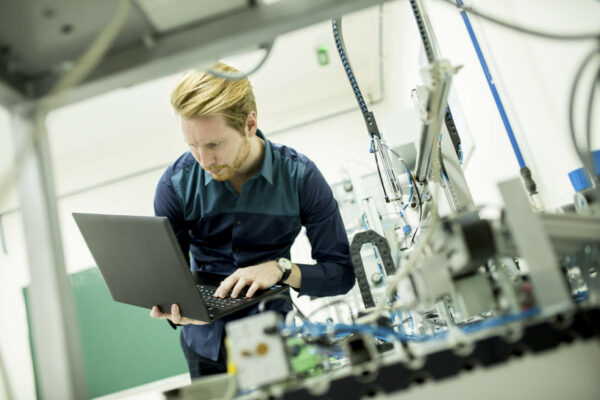 The area of robotics provides solutions to a wide range of issues. As we’ll see, the future of robotics has the potential to transform our planet. However, this does not negate the fact that the technology has drawbacks.

There are numerous advantages and disadvantages to using robots in our current environment, as we discovered on our open step from the University of Reading:

They can boost productivity, efficiency, quality, and consistency in specific contexts.

Robots, unlike humans, do not become bored.

They can keep repeating the same process until they wear out.

They may be exact, down to fractions of an inch, which makes them particularly valuable in the microelectronics industry.

Robots can work in hazardous conditions for humans, such as with dangerous chemicals or high-radiation zones.

They don’t have the exact physical or environmental needs as humans.

Some robots have sensors and actuators that are superior to those found in humans.

In some industries, robots are displacing humans, posing economic challenges.

Robots, on the whole, can only do what they’re instructed, which means they can’t improvise (although AI and machine learning is changing this).

Because of current robotics technology, most machines are less nimble than humans and cannot comprehend what they observe. Experts are focusing on designing robots that can perceive the environment better.

Robots with practical applications are often expensive in terms of the original cost, maintenance, the requirement for additional components, and the need to be programmed to complete the task. 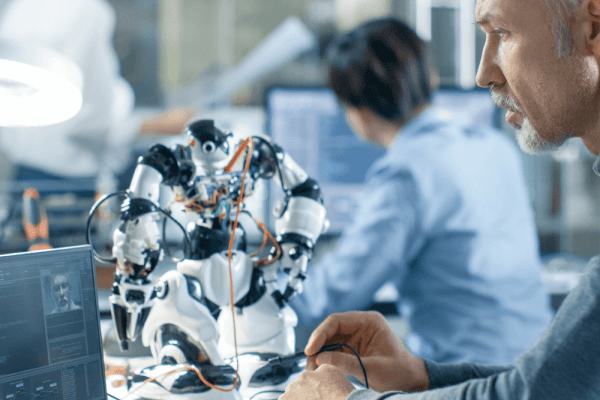 Will robots one day be able to take over the world?

Robots are already all around us, whether they’re the automated machinery that put our cars together or the virtual assistants that help us around the house through conversational interfaces. However, as we’ve seen, they’re not yet appropriate for all aspects of life. Will this, however, alter in the future?

Despite fears of an AI takeover, in which robots become the world’s dominating intelligence, such a scenario is unlikely. By the mid-2030s, however, business network PwC expects that robots will have automated up to 30% of occupations.

According to some projections, the global stock of robots might reach 20 million by 2030, with automated labour displacing up to 51 million people in the next ten years. While robots are unlikely to take over the world, we may expect to see more of them in our everyday lives.

How will robots alter the world?

According to a McKinsey analysis, automation and robots will cause a revolution in the way we work. They believe that workers in different Europe will require other talents to obtain a job. According to their estimate, activities requiring mostly physical and manual abilities will decrease by 18% by 2030, while those needing basic cognitive skills will reduce by 28%.

Workers will require technical abilities, and those with competence in STEM fields will be in even greater demand. Likewise, many jobs will require socioemotional skills, especially those that cannot be replaced by machines, such as caring for others and teaching.

Robots may potentially become a more fundamental part of our daily lives—many routine jobs in our homes, such as cooking and cleaning, may be wholly automated. Similarly, machines that can use computer vision and natural language processing, such as self-driving cars and digital assistants, may become increasingly capable of interacting with the world.

The future of medicine may be shaped by robotics as well. Surgical robots can do incredibly accurate operations, and with developments in artificial intelligence, they may be able to undertake surgeries on their own in the future.

Machines and robots with the ability to learn could have an even more comprehensive range of uses. Robots that can adapt to their surroundings, learn new procedures, and change their behaviour in the future will be better suited to more complicated and dynamic activities.

Robots have the potential to improve our lives in the long run. They may be able to enhance healthcare, make transportation more efficient, and provide us more freedom to pursue creative endeavours in addition to shouldering the strain of physically demanding or repetitive work.

What is the most effective way to begin learning robotics?

If you’re interested in becoming a roboticist, various options are available to you. Some fundamental abilities, such as mathematics, science, programming, and problem-solving, will be required. You’ll also need to learn the fundamentals of robotics and gain hands-on experience programming and creating robots.

You may learn how to connect motors, add sensors, and create algorithms to build your robot buggy with our course Robotics with Raspberry Pi. To master AI and machine learning areas, you might also build competence in a topic such as deep learning.

You can also learn about some of the main topics of robotics, such as robotics in healthcare and how robots can help us construct a better future. 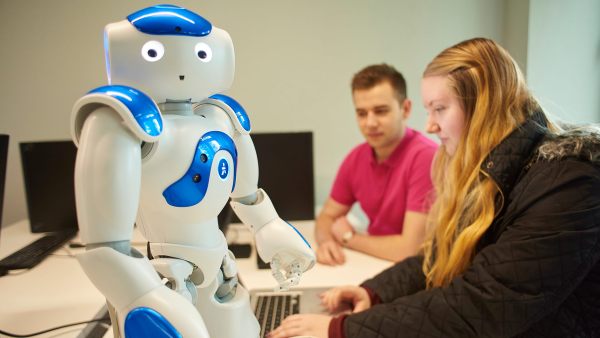 Robotic machines are all around us, even if humanoid robots are still primarily in the world of science fiction. These engineering marvels currently assist us in various areas, and they have the potential to revolutionise our future.

Despite many benefits and drawbacks, one thing is sure: persons with robotics talents will be in high demand in the future. There will almost certainly always be work in the field of robotics, whether it be designing, programming, or maintaining robots.

Top 10 Cashback Apps in India to save some extra!!!