The Impact of Climate Change on India’s Food Security 2022

Climate change, according to the Global Food Policy Report 2022, may force many Indians into famine by 2030 owing to a reduction in agricultural productivity and disruption in the food supply chain.

Our food system is one of the most critical repercussions of climate change. It has an impact on how we produce and consume food. In a primarily agricultural nation like India, the impact is significantly greater, causing ripple effects across the whole food supply chain. The temperature in some north Indian states reached 49 degrees Celsius on Sunday, making it one of the warmest days in recent memory.

The continuing heatwave has had a multi-faceted impact on agriculture and food security. It harmed the wheat crop, harmed the food supply, and caused a massive increase in the price of wheat goods. Wheat suffers a qualitative and quantitative loss because, in addition to limited production, the grain is of poor quality. It should be considered in light of the fact that food security is as much about quantity as it is about nutritional content.

India’s food security is in jeopardy

Climate change, according to the International Food Policy Research Institute’s Global Food Policy Report 2022, may force many Indians into famine by 2030 owing to a loss in agricultural productivity and disruption.

According to the research, 65 million people are in danger of starvation as a result of climate change, with 17 million people in India suffering famine by 2030, the most among all nations. The paper goes on to say that even if global food production increases by 60% by 2050, 50 crore Indians will still be at risk of falling hungry. Seven crores of these 50 crore individuals would be hungry as a result of climate change.

Another example of the heat wave’s spiral impact is India’s recent prohibition on wheat export. India said on May 13 that it will restrict wheat exports to other countries in order to manage its food security. Wheat prices, which were already high owing to Russia’s invasion of Ukraine, a key wheat exporter, reached 435 Euros ($453) a tonne, mostly affecting underdeveloped countries.

While the G-7 agricultural ministers have criticized India’s approach, it is an attempt by the government to control increasing domestic wheat prices owing to a weak crop this year.

Wheat market prices have risen much beyond the Minimum Supply Price (MSP), encouraging farmers to turn to private companies rather than the government. 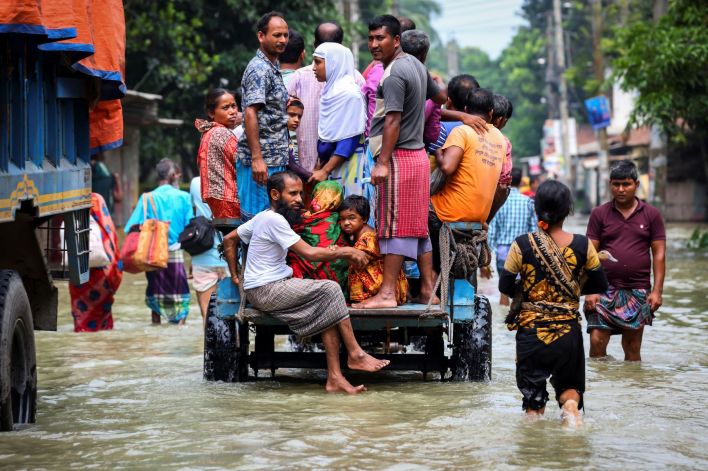 Wheat prices have risen dramatically in the previous month, affecting everything from bread to cakes and noodles.

Potato output is expected to be 53.60 mt this year, down from 56.17 mt last year, according to the Ministry of Agriculture. Potato output was harmed by unseasonal rain and a national heatwave in November and December of last year.

According to research by Krishi Jagran, the wholesale price of common variety potato (Jyoti variety) has risen over 57% this year to Rs 22-24 per kg, up from Rs 14-16 per kg in the same period the previous year.

Tomatoes, beans, turnips, carrots, and beets, among other vegetables, have increased by 20% in the previous week in Tamil Nadu.

Faced with drought and heat, farmers turn to abuse of fertilizers and pesticides, causing fast groundwater depletion, which not only raises production costs but also compromises food quality.

See also  Can you deliver the ad personalization your customers demand? (VB Live) Climate change is wreaking havoc on the world’s biggest mangrove forest, the Sundarbans. Sundarbans’ agro-economy has been pounded by many cyclonic storms in recent years, including Fani (May 2019), Bulbul (November 2019), Amphan (May 2020), and Yaas (May 2021). (May 2021). While salty water enters the lands, rice fields become unfit for agriculture for a period of time, and some farmlands swamped by saltwater remain fallow, resulting in a drop in freshwater fish output. People on the margins are the ones who are most affected.

According to a paper titled Science and Culture: Sea Level and Associated Changes in the Sundarbans, roughly 42% of the island’s population is SC/ST, with the majority of them working in fishing, crab harvesting, and honey harvesting. According to the paper, the catch in the Sundarbans has been declining over the previous decade, as has the important catch Hilsa in the Hoogly-Malta estuary.

According to another UN Intergovernmental Panel on Climate Change (IPCC) study, India’s high sensitivity and exposure to climate change would jeopardize food security and delay economic growth, as well as harm health and the entire development process, making poverty reduction even more difficult. India may not be suffering a famine right now, but policymakers have their work cut out for them.