The government of India and the state-owned ONGC, which owns a 49 per cent share in Pawan Hans, have formed a joint venture.

After three failed attempts over the previous six years, the Indian government was finally successful in selling its 51 per cent ownership in Pawan Hans, in April of this year. The government of India and the state-owned ONGC, which owns a 49 per cent share in Pawan Hans, have formed a joint venture.

The government approved the sale of Pawan Hans to Star9 Mobility, a three-way consortium consisting of Cayman Island-based Almas Global Opportunity Fund—a subsidiary of Dubai-based Almas Capital, Mumbai-based Big Charter Private Limited, and Delhi-based Maharaja Aviation Private Limited, for Rs 211 crore, which is higher than the government’s quoted price of Rs 119 crore. The government was obliged to postpone the sale of the helicopter firm after the National Company Law Tribunal (NCLT) issued an order accusing Almas Global Opportunity Fund of financial irregularities in a prior offer. 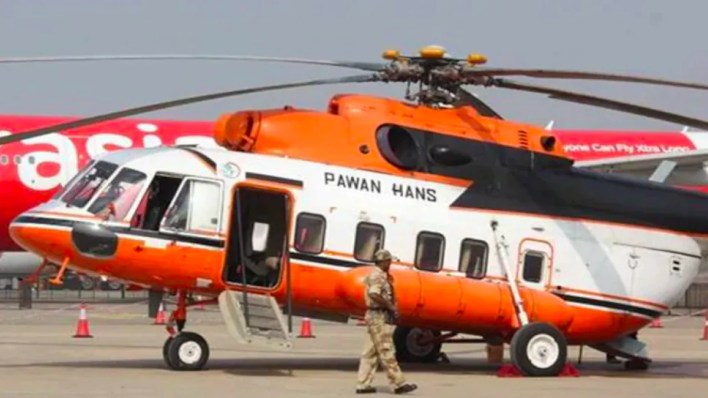 In the bankruptcy case of Kolkata-based EMC Limited, a power transmission and distribution equipment firm, the NCLT issued an order for action against Almas Global Opportunity Fund on April 20 this year. EMC Limited filed for insolvency for Rs 6,500 crore in 2018, according to reports.

Almas Global was chosen as the company’s winning bidder in 2019, and a committee of creditors (CoC) convened by the State Bank of India approved Almas Global’s payment of Rs 568 crore to EMC Limited’s creditors as part of the proposed resolution plan. Almas Group, on the other hand, only paid Rs 30 crore as a bank guarantee, following which the CoC filed a case with the NCLT for non-payment of the settlement money.

If a successful bidder fails to return the settlement money, it faces a maximum of five years in prison and a penalty of up to Rs 1 crore under Section 74 (3) of the bankruptcy law.

Notably, any group or organization whose member firm or director is facing a court conviction is disqualified under the Department of Investment and Public Asset Management’s (DIPAM) standards. Almas Group owns a 49 per cent investment in Star9 Mobility, which was founded six months ago, followed by Maharaja Aviation with a 25% share and Big Charter Private Limited with a 26 per cent stake.

However, nine days following the NCLT’s ruling in April, the government declared Star9 Mobility as the victorious bidder for Pawan Hans. 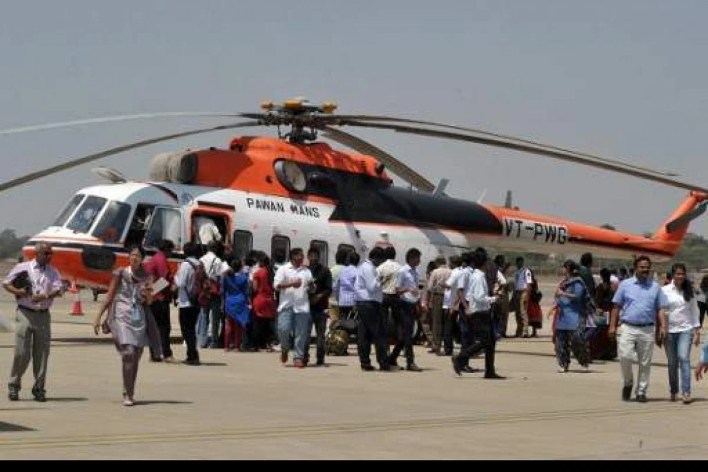 The concerns, however, are unrelated to the NCLT decision against Almas Group. The previous aviation actions of Maharaja Aviation and Big Charter, both DGCA-affiliated airline carriers, are also under scrutiny, according to a key media outlet. Since its establishment in 2008, Maharaja Aviation, which has a fleet of only three helicopters, has only had a successful business once between 2013 and 2021, according to the research.

Maharaja Aviation’s assets were only worth Rs 1.35 crore in March 2021, and the firm owed Rs 8.07 crore, raising questions about the airline’s capacity to fly a veteran like Pawan Hans.

Meanwhile, Big Charter Limited, which operates local airline Flybig, has been awarded a tender by the Meghalayan government for the year 2020. Captain Sanjay Moldavia, the company’s founder, leased a Bombardier Dash 8 q400 turboprop from SpiceJet for operations between Shillong and Delhi in December 2014. According to the article, SpiceJet ended its lease arrangement with Big Charter months later for unclear reasons, causing political turmoil and many officials questioning the government’s contract with Big Charter.

Following SpiceJet’s leasing debacle, the airline faced a severe financial crisis, with many of its personnel, including top management, quitting the firm. According to the study, the firm earned a little over Rs 1 lakh in FY2019-2020 but increased to Rs 98 lakh in FY2020-21.

According to the Ministry of Civil Aviation, the loss-making firm resurrected itself by adding Twin Otter Series 400 aircraft from Canada’s de Havilland Air to its fleet. Experts have questioned how a corporation that was deep in deficits a year ago handled the onboarding of such a huge fleet.

Additionally, the political opposition has questioned the government’s decision not to merge Pawan Hans with ONGC, as well as the anonymity of the other two bidders. 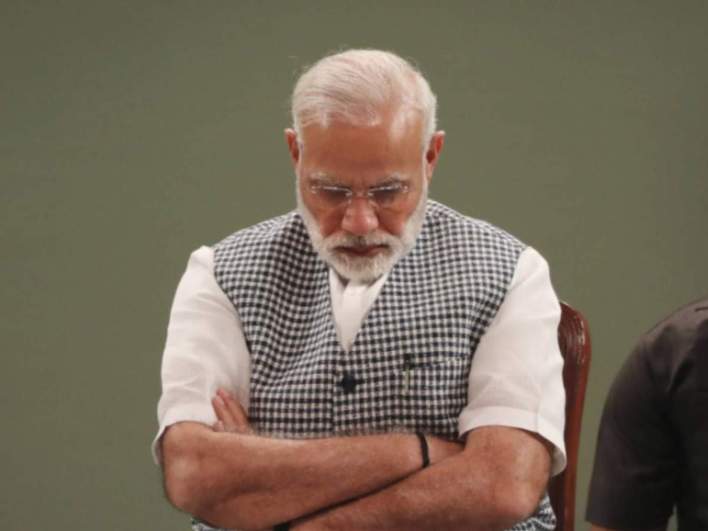 Originally known as Helicopter Corporation Of India, Pawan Hans was incorporated in 1985. The company changed its name to Pawan Hans in 1987. With 42 helicopters, Pawan Hans has the largest fleet in Southeast Asia, with the majority of its helicopters being over 20 years old. According to sources, five of its Dauphin N helicopters have been grounded for a lengthy period, reducing the operating fleet to 37 helicopters.

The fleet’s repair and maintenance have gotten costlier due to its older helicopters. As a result, in 2016, the government chose to sell its Pawan Hans investment. Despite the government requesting expressions of interest, all three prior attempts in 2017, 2018, and 2019 failed owing to the lack of a suitable buyer.

Furthermore, the firm has not done a thing successfully in recent years, resulting in substantial losses of Rs 70 crore commencing in FY2019. In FY2020, the firm lost Rs 18.5 crore, while in FY2021, it lost Rs 17.6 crore. The government’s divestment plan includes the sale of Pawan Hans.

The big Impact of Climate Change on India's Food Security 2022