In December, India bought more than a million barrels of Russian oil every day. Why is Russia India’s #1 oil supplier for the second consecutive month?

India’s purchase of 942,694 BPD of Russian crude oil in June 2022 set the last record for the country. India imports 25% of its total oil from Russia. When Russia’s maritime oil price was capped by the EU and the US, crude oil exports to India peaked.

The third-largest importer and consumer of oil worldwide is India. It imports 85% of the crude oil it needs. Refineries transform crude oil into fuels like gasoline and diesel.

Since Russian oil began trading at a discount and the West avoided it as a kind of retaliation against Moscow for its invasion of Ukraine, India’s thirst for it has increased. 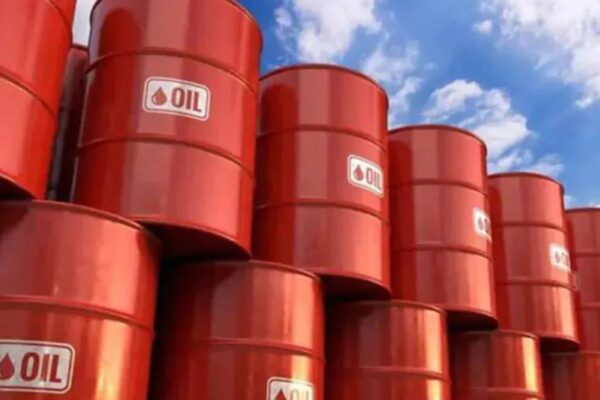 In December 2021, India imported only 36,255 barrels per day of crude oil from Russia, compared to 1,05 million barrels from Iraq and 9,52,625 from Saudi Arabia. The Indian government has fiercely defended its business dealings with Russia, claiming that it must purchase oil from the countries where it is most affordable.

Oil companies will continue to purchase oil from Russia despite the price cap, according to earlier statements from the government.

“Our companies are not forced to buy Russian oil, unlike ourselves. We ask that the finest alternative be utilised when buying oil for our businesses. Considering the status of the market at the moment “Jaishankar made a statement in the Rajya Sabha.

“We don’t only purchase oil from one country, so please keep that in mind. We buy oil from several sources because it is in the best interests of the Indian people, but it is a reasonable policy to go where we can get the best deal, and that is just what we are seeking to do “He had declared.

As earlier said, India would continue to purchase oil from Russia despite the upheaval. India will prioritise its energy requirements and will keep purchasing oil from Russia, according to the country’s foreign minister, after Western governments imposed a price ceiling to reduce Moscow’s revenue from oil exports.

After speaking with his visiting German counterpart, Annalena Baerbock, on Monday, Minister of External Affairs Subrahmanyam Jaishankar made the remarks. According to Jaishankar, European countries should “ask India to do something else” rather than placing their energy requirements first.

Europe will make the decisions it needs to make. They have the right to it, he told the press. The price regulation on Russian oil set by the European Union and the Group of Seven major industrialised countries at $60 per barrel has not been accepted by India to date.

The cap, which went into effect on Monday, is an effort by Western countries to reduce fossil fuel income that funds Moscow’s military and invasion of Ukraine while preventing a potential price wave should Russia’s oil be abruptly removed from the world market.

Without specifically mentioning the price cap, Jaishankar stated that the EU imported more fossil fuel from Russia than India. Indian government agents have justified their country’s decision to import oil from Russia by arguing that India benefits from the cheaper price.

India has slowly developed its procurement of cheap Russian oil since Russia invaded Ukraine. According to information from energy tracker Vortexa, those imports reached a record high in October, and Russia overtook Saudi Arabia as India’s main oil supplier in terms of barrels per day.

Even though it has repeatedly called for an “immediate end of hostilities” in Ukraine, India and Russia enjoy close ties, and New Delhi has not backed Western sanctions against Moscow. A notable market for Russian-made weapons is India, which has so far refrained from voting on UN resolutions condemning Moscow’s conflict.

In addition to these topics, Jaishankar and Baerbock—who are spending two days in India—discussed how to diversify commerce between the two countries, the global repercussions of Russia’s conflict in Ukraine, and how to work together to move away from fossil fuels.

A migration and mobility cooperation between the two countries was signed, making it simpler for citizens of one country to work, study, and do research in the other.

With over 1,700 German businesses operating in India, Germany is India’s top trading partner in Europe. German investment in the country is mostly focused on the automotive, electrical, building, and trading industries.

Why For the second straight month, Russia is India’s top oil supplier?

Since it invaded Ukraine in February, Russia has made India one of its direct export markets for crude oil. Russia has become India’s top oil supplier for the second month in a row, according to a Reuters story from Wednesday. As refiners rushed up oil out of concern that a price regulation may disrupt supplies and stifle payment options, it replaced Iraq as India’s top supplier in November.

According to information received by Reuters from commercial sources, India’s oil imports from Russia increased for the fifth consecutive month in November, reaching 908,000 barrels per day (BPD). This was 4% more than the country’s October import of oil from Russia.

India’s total oil imports in November totalled roughly 4 million BPD, with about 23% of those imports coming from Russia. According to data from energy cargo tracker Vortexa, Russia topped conventional suppliers Iraq and Saudi Arabia to be India’s top oil supplier in November for the second straight month.

Energy intelligence company Vortex reports that in November, India bought 5,70,922 BPD from Saudi Arabia and 8,61,461 BPD from Iraq. With 4,05,525 beds, the United States ranked fourth in terms of supplies to India.

India’s purchases from Russia in November were less than they were in October. As the West rejected it as revenge for Moscow’s invasion of Ukraine, India’s thirst for Russian oil increased since it began trading at discounts. 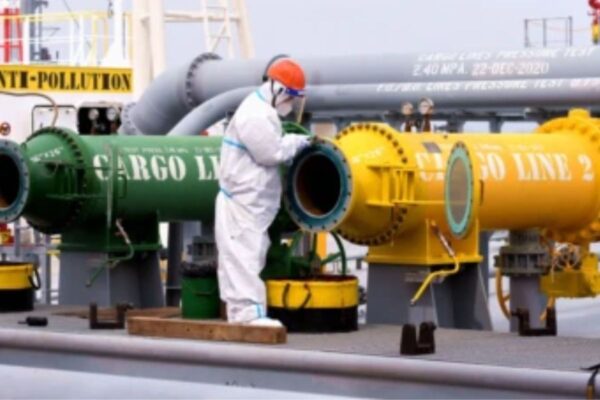 In December 2021, India imported only 36,255 barrels per day of crude oil from Russia, compared to 1,05 million barrels from Iraq and 9,52,625 barrels from Saudi Arabia. The following two months saw no imports from Russia, but in March—shortly after the Ukraine War started in late February—they started again.

In March, India bought 68,600 BPD of Russian oil; this figure rose to 2,66,617 bpd the following month and reached a maximum of 9,42,694 BPD in June. But Iraq was India’s leading supplier at 1.04 million BPD of oil in June. India’s second-largest supplier in that month was Russia.

The following two months saw a slight decline in imports. In September, they were 8,76,396 BPD, while in October, according to Vortex, they reached a record high of 9,35,556 BPD.

The Indian government has fiercely defended its business dealings with Russia, claiming that it must purchase oil from the countries where it is most affordable. The imports in November took place before an EU price ceiling on Russian seaborne oil.

Oil companies will, however, resume purchasing Russian oil, according to the government, even though the price ceiling is in place. On December 7, S Jaishankar, the minister of external affairs, told the Rajya Sabha that Indian refiners would keep exploring the best recommendations in the nation’s best interests.

We ask that the best option be used to purchase oil for our companies. According to the current state of the market,” Jaishankar declared during Rajya Sabha. According to Jaishankar, the businesses will seek out more aggressive sources.

In the interests of the Indian people, we purchase oil from a variety of sources, but it is a reasonable policy to go where we can get the finest deal, and that is just what we are trying to do “he stated.

The executive arm of the European Union has demanded that its 27 member countries set a price constraint on Russian oil at USD 60 per barrel as part of an effort by the West to cut into Moscow’s oil income and restrict its ability to wage war in Ukraine while maintaining stable global pricing and supply.

India can keep purchasing Russian oil, according to a senior government official, if it can send ships, provide insurance, and come up with a method of payment.