India has more than 4 million cases and is now becoming the epicenter of the COVID-19 epidemic. In terms of confirmed cases, India has surpassed Brazil, and according to the current situation, it will surpass the United States within three weeks.

Given that the United States and Brazil are closest to India in terms of the total number of coronavirus cases, it is possible that it can be tempting to see these three countries and their right-wing heads as similar and therefore treat their responses as similar. However, Indian Prime Minister Narendra Modi has reacted quite differently to the United States President Donald Trump and Brazilian President Jair Bolsonaro in response to the pandemic.

Since the beginning of the pandemic, Bolsonaro and Donald Trump have steadily resisted from wearing masks, social distancing, and lockdowns, but Modi quickly adopted measures like wearing masks and announced early lockdown in India when it had just more than 500 confirmed cases.

However, despite its early start, India has not been able to control the covid-19 epidemic. Here are five reasons for this. 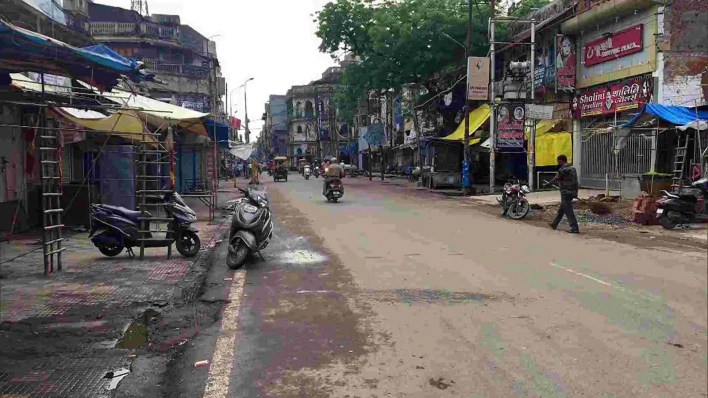 1) Lockdowns Were not a Magic Wand

The epidemiologist at the Public Health Foundation of India and a member of the Council for Medical Research’s (ICMR’s) Task Force on surveillance and research, Giridhar Babu said the lockdown does not make a country’s cases go away-unless the country is New Zealand-but they must help to flatten the curve of the case.

The government initially declared that a lockdown was necessary to stop the outbreak of coronavirus cases. What is unforgettable for VK Paul, who leads the government’s COVID task force, is that at a press conference on April 24, presented a slide which showed that the number of coronavirus cases in India reached zero before May 16.

Later, the government tried to restrict its claims by saying that lockdown had reduced several cases as compared to what it could have been reduced.

We know the reality that economic activity has halted in most parts of the world as several countries have frequently imposed lockdowns to limit the spread of the virus.

On 24 March, Central Government announced the lockdown in the evening without any arrangements, especially for the poorest. By the second week, unemployed or unpaid self-employed workers; daily wage workers, and workers in the informal sector found themselves unable to afford rent and food. In the first two weeks of the lockdown, nearly 119 million jobs were lost, which raised the unemployment rate and eventually became the main cause of the economic collapse.

On Tuesday, ICMR’s Director-General Balram Bhargava reiterated this point at a press conference: We have learned the lesson (from Europe) and distributed the curve in a way that does not cause a large number of deaths. Scientifically speaking, this is due to a very effective lockdown imposed in the months of March, April, and May.

Babu said that the states who have successfully followed the central government rules and imposed the first nationwide lockdown were those that ensured the no local spread of coronavirus cases during the lockdown, and those that have prepared their healthcare systems for the upcoming surge. 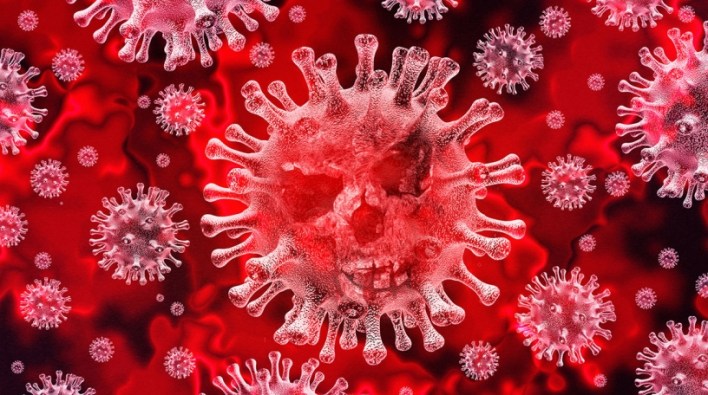 Researchers have started to conduct sero monitoring surveys in some cities in India to test for the presence of coronavirus antibodies, which can help determine the actual exposure of the COVID-19 disease. In Mumbai, Pune, and early national serosurveys, data revealed the prevalence of nCoV-2 antibodies in slums is much higher than that in non-slums.

Data analysis of transmission sources from Andhra Pradesh and Tamil Nadu reveals that family contact is the most common way of spreading the virus. The lack of private toilets is especially a strong sign of seropositivity. The greater prevalence in slums may be due to population density and shared public facilities, such as toilets, drinking water stations, etc.; a scientist at the Tata Institute for Basic Research and one of the main researchers of the Mumbai Sero-Survey, Ullas Kolthur said. 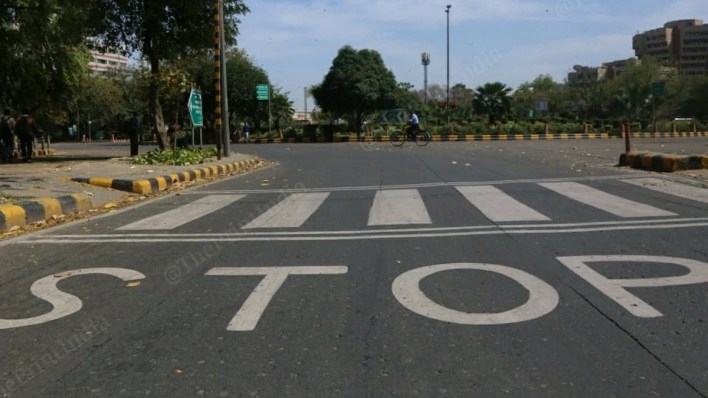 There is growing evidence that many states did not prepare their healthcare facilities for the impending epidemic during the lockdown, some because they ordinarily could not do so.

Giridhar Babu said: Karnataka and Tamil Nadu have placed central oxygen supply lines in government hospitals which did not available until then, which was an important step to consider and may partially explain its low fatality rate. On the contrary, some cities in Maharashtra are currently facing severe shortages of oxygen, and other cities are experiencing a sharp increase in coronavirus cases.

Babu stated that in addition to medical infrastructure, there is a deficiency of manpower crunch and the challenge of managing supplies including oximeters, medicines, and ventilators.

Besides this, India has grappled with non-medical devices of controlling the pandemic. Contact tracing is considered to be a key pillar of the containment strategy of the government, but when the crackdown surges, even cities with better management capabilities have been working hard on contact tracing. News reports from Mumbai reported in late May that the city’s contact tracking staff were overwhelmed and that this work was lagging behind.

Munish Moudgil, an IAS officer in charge of Karnataka’s COVID War Office, said in an interview that Bangalore made technology-led contact tracking which was a key part of its lockdown preparations. In fact, according to ICMR data, in May, the city tracked the largest number of contacts as per confirmed case and Karnataka has the highest tracking rate as compared to other states. However, when the wave hit the state in late June (mainly through Bangalore), the IT department’s contact tracing also faltered.

In late May, when ICMR published a research report based on its test data, most of these tested did not have complete information about their travel, symptoms, and exposure history. Even now, this data is lacking and scarce. Every evening, we get a list of people who test positive in the state from ICMR, a senior Delhi government advisor said, requesting anonymity. Some cases have names of persons but no phone numbers and some have no addresses. Vinay said in exasperation that in some cases even a name is just a first name. 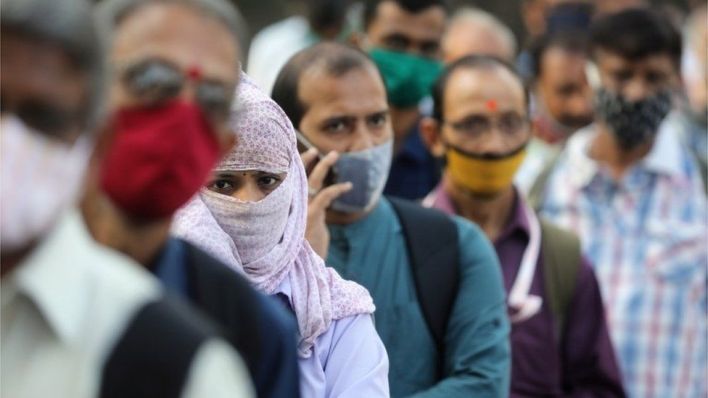 In the first few months of the Covid-19 pandemic, the criticism about India was that it had too few tests. In terms of testing per million population, India is still ranked 115th out of 194 countries. The Test Positive Ratio(TPR)- The number of tests conducted that test come out positive – is a sign of whether an area has been testing well enough relative to the size of the outbreak. The TPRs of high-burden countries/states like Maharashtra has only increased over time.

Then, the question is which tests are being used by a state. Since the ICMR consultation in June urged states to increase testing using the rapid antigen test kits, many states are now performing faster antigen tests per day compared to RT-PCR tests. Antigen testing is cheaper, faster, and easier to conduct. However, they are also much less sensitive than the gold standard RT-PCR test, which means that they are extremely less likely to have positive cases.

In order to solve this problem, ICMR guidelines point out that all symptomatic people who test negative in antigen tests must be retested by RT-PCR. But in many states, there is no administrative capacity to track these symptom negative denials at all. Last week, Rajesh Bhushan, Health Secretary said at a press conference that many of these people have been missed and this may be the main cause of the transmission of the virus. According to the report, even in Delhi, less than 1% of the 700,000 people undergoing antigen testing have been retested. 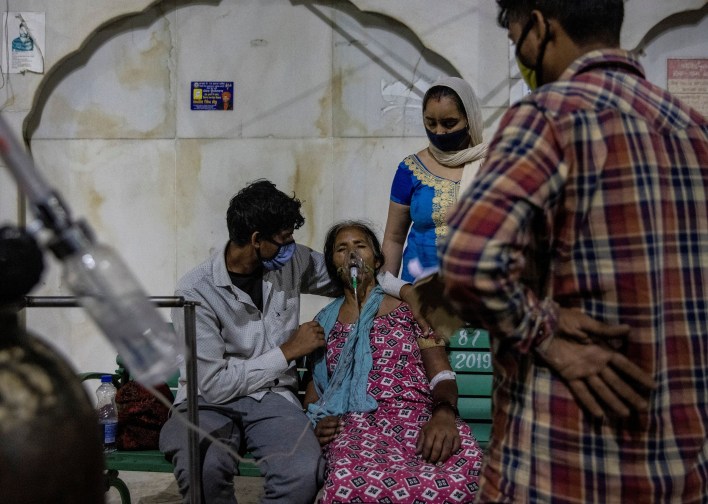 Some medical officials have started to blame indiscipline for the spread of cases, especially when cities started to “unlock”. However, given the impact of the pandemic and lockdown on the lives of the poor people in the country, it may be unfair to shift the burden to individual responsibility. According to data from the Indian Economic Monitoring Center, by April 2020, nearly 131 million people lost their jobs, although some of their jobs may have returned.

On Monday, the government announced in a parliament that between April and September, the number of people seeking jobs under the Mahatma Gandhi National Rural Employment Guarantee Program had increased by nearly 40% year-on-year.

The reality is Government support in the country is limited. In contrast, Bolsonaro-led Brazil has expanded its welfare programs, increased emergency support, and increased the income of the country’s poorest by 40%.

Modi may have taken the virus seriously, but there were many other things that India did not or could not do to prevent it. 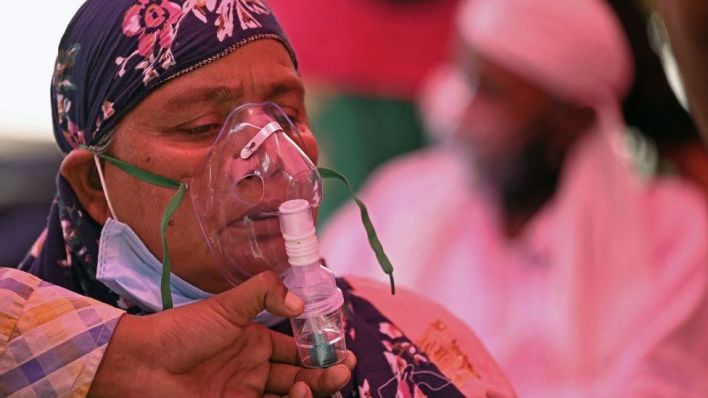 One of India’s foremost economists, Jayati Ghosh also stated that the destruction caused by the lockdown is now higher than the damage from demonetization and due to which the Indian economy has collapsed. A massive shock such as this will continue to penetrate and will have adverse multiplier consequences.

The fact is that even through his publicly announced goals, Narendra Modi’s lockdown plan, and all strategies have failed. In India, the first case of COVID-19 was detected on January 30, 2020. India already had advanced information about the coronavirus infection but Modi Government did not take the right measures to control it in a timely manner.

At this rate, more Indians are dying of hunger than the coronavirus. Modi’s poor management skills, zero attention to detail, and preference for speech rather than governance made this crisis a disaster. Within a few months, we may find ourselves plagued by epidemics, ignoring official figures, and the economy may start to look like the 1980s.

Now it is the Modi government’s turn to explain why its COVID-19 Mahabharata was a lost battle in about a hundred days?

In this Worst Situation, Why doesn’t the Modi Government declare a Financial Emergency?