Reliance Industries Ltd. (RIL), led by Mukesh Ambani, will hold its 44th AGM (Annual General Meeting) later in the day. At AGM in 2020, RIL did not launch any new JioPhone variants, Mukesh Ambani is likely to announce JioPhone 3 at 2021 AGM.

The petro-telecommunications group said it will send its fiscal year 21 annual report, a notice of annual general meeting, and fiscal year 21 independent and consolidated audited financial statements, as well as board reports, audit reports, and other electronic documents to board members in the company. RIL may announce plans for O2C (the oil-to-chemical) telecommunications, digital, and retail verticals. 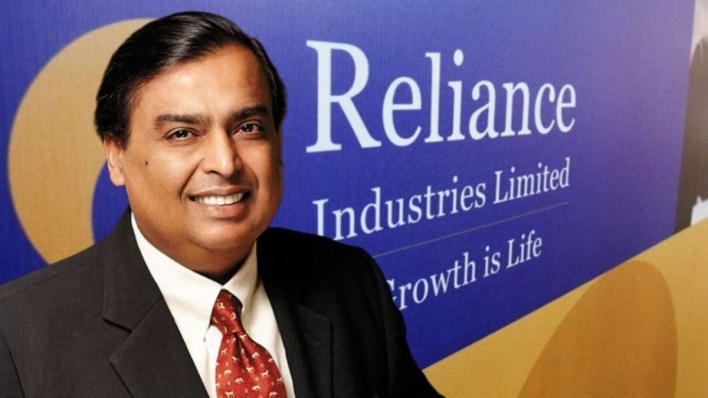 In the past 7 days, RIL’s stock price has risen 0.4%. The stock hit a record high of Rs 2,369.35 per share in September last year and has been fluctuating within a range since then. It is 7.4% away from the highest level in history.

Reliance Industries set June 14 as the record date to qualify for the 21st fiscal year dividend. Gaurav Garg, Head of Research at CapitalVia Global Research, said: People have been looking forward to the recent annual shareholder meetings for a long time, and Reliance likes to keep the market price of the stock at around 1,000 rupees, so we may see a 1:1 bonus announcement. At AGM in 2020, RIL did not launch any new variants of JioPhone. Mukesh Ambani is likely to announce JioPhone 3 at AGM 2021. The company stated in its annual report that since its launch in 2017, JioPhone has upgraded to more than 100 million users. In the past year, new investors have joined RIL’s digital and retail business at the subsidiary level. ” RIL has established new partnerships with global participants, such as Google, Facebook, Microsoft, Qualcomm, etc. Investors are now hoped that RIL will point out the direction for these businesses and announce groundbreaking products”, PTI quoted HSBC’s global research report as saying. It added that RIL may announce new smartphones and their pricing in cooperation with Google.

According to reports, Reliance Jio, the digital division of RIL, is planning to launch a Jio laptop. Garg added that the anticipated Jio Book is another attraction, which may attract investors as low-cost laptops. The brokerage firm HSBC Global Research said in a report that RIL may launch a new affordable laptop to meet the huge demand for home machines for work. At the last annual general meeting of shareholders, Reliance Industries stated that they have independently developed technologies for 5G to promote the theme of Make-in-India. Now, Jio is experimenting in various cities including Mumbai. At the same time, Bharti Airtel also embarked on the same path. Reliance may make another announcement about 5G at today’s annual general meeting. “We look forward to updates on Jio-Google’s mobile phone features (such as 5G), potential pricing, and timetables,” Bank of America Securities said in a report. It added that it expects clarity on JioMart/other online business services with the JioMart-WhatsApp integration.

The delayed Saudi Aramco deal may also enter Reliance Industries’ annual shareholder meeting today. It was previously reported that Yasir Al-Rumayyan, Chairman of Saudi Aramco and President of the Kingdom Wealth Fund Public Investment Fund, may join the RIL board of directors before the deal. Mukesh Ambani announced in August 2019 that it would negotiate the sale of a 20% stake in the O2C business. The deal was postponed during the pandemic, but negotiations have now resumed.

See also  Covid-19: The Virus Has Changed Us In Ways Even Our PM Modi Couldn't.