India’s crypto exchanges, which serve about 15 million users, have seen their trading volumes plummet by 88 and 96% since they peaked last year.

Bengaluru: Surojit Chatterjee had no reason to foresee the consequences that would soon follow when he came on stage at a Coinbase Global Inc conference in Bengaluru, India, on April 7. Chatterjee, the company’s chief product officer, informed the gathering audience that crypto investors will now be able to send cash to its local exchange using the country’s online retail payments system.

After Chatterjee’s revelation, the central bank-backed organization that manages the system, United Payments Interface, stated that it was “not aware” of any crypto exchanges utilizing the network. Coinbase has banned rupee transactions to its trading app via UPI within three days of the occurrence.

Coinbase clients were left without a method to fill their accounts with rupees due to the unexpected reversal, which harmed the company’s aspirations to expand in India. “We are dedicated to working with NPCI and other relevant authorities to ensure we align with local standards and industry norms,” a Coinbase spokeswoman told Bloomberg on April 11.

Coinbase wasn’t the only one that suffered a setback. According to executives at the firms and local media reports, at least four organizations that provide crypto-related trading services have either ceased rupee deposits or seen banks and payment gateways drop support for money transfers onto their platforms since its announcement. Before the event, two other exchanges had lost support for rupee deposits from a payment service provider. 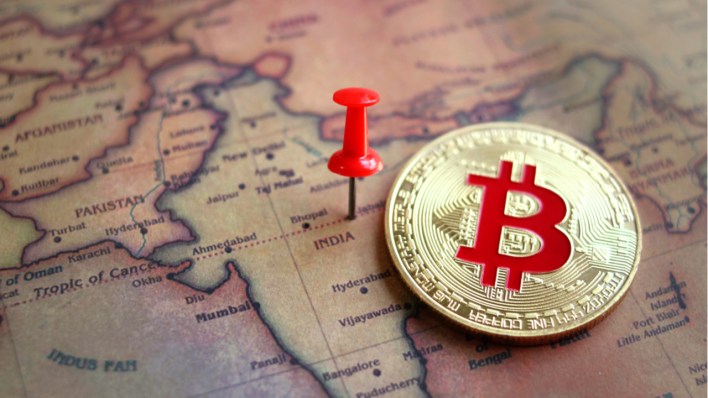 According to exchange executives, these steps added the strain on already declining trade volumes. The business is also preparing for a new tax on all crypto transactions over a particular threshold, which will force on July 1. The government imposed a 30% tax on revenue from digital asset investments earlier this month.

Data from CoinGecko shows that daily trading volumes on Indian crypto exchanges, which serve roughly 15 million individuals, have fallen by 88 per cent to 96 per cent since peaking last year. According to the statistics, WazirX, India’s largest crypto exchange, saw volumes decline 93 per cent from a high in October.

Investors who sell their crypto assets on an exchange can keep their fiat money. Coinbase previously allowed cryptocurrency trading in India, with no requirement for clients to put rupees into their accounts.

“Whoever was providing support to the sector has pulled support after the Coinbase statement,” said Vikram Subburaj, chief executive officer of crypto exchange Giottus, in an April 12 interview. Giottus’ payment gateway no longer works with it, he says, failing to name the firm. As a result, trading volume on the site dropped by almost 70%, according to Subburaj.

The National Payments Corporation of India (NPCI), jointly owned by the RBI and the Indian Banks’ Association, is an umbrella body for retail payments and settlements in the country of 1.4 billion people. Requests for comment were not returned.

According to the Economic Times, CoinSwitch Kuber, a Bengaluru-based cryptocurrency exchange, temporarily ceased taking rupee deposits via UPI and other banking channels on April 12. CoinSwitch did not respond to an email seeking comment.

Since 2018, when the central bank issued a direction to lenders to stop cooperating with digital asset companies, crypto-trading firms in India have had a tense relationship with banks and payment service providers.

While the Supreme Court overturned that direction in 2020, several banks remained unwilling to cooperate with the crypto industry because top Reserve Bank of India officials have publicly called for cryptocurrencies to be outlawed.

As a result of the traditional banking sector’s scepticism, payment gateways such as Juspay and MobiKwik have emerged as critical links between crypto exchanges and clients looking to deposit fiat cash. Without their assistance, investors are confined to measures such as sending money to the exchanges’ current accounts, a time-consuming and error-prone manual process. In India, Coinbase does not provide such an option.

Investors can also engage in peer-to-peer trading, in which fiat transactions are handled directly between the counterparties. However, this accounts for a minor portion of the market in India.

According to the CEO of one payment service provider, who requested anonymity owing to the matter’s sensitivity, the firm ceased cooperating with cryptocurrency exchanges last year after being advised to do so by banks.

According to Moneycontrol, a local payment service provider, MobiKwik, stopped functioning with Indian crypto exchanges on April 1. MobiKwik did not respond. WazirX and CoinDCX, another Indian cryptocurrency exchange, have notified that rupee deposits via MobiKwik have been temporarily halted.

“If a bank refuses service to a crypto firm, there must be a good cause other than the fact that it is a crypto business,” Reddy explained. “Banks must be transparent because account holders have a charter of rights that includes transparency from the service provider.”

He said that the changes influence more than trade: Inflows into Coin Sets, the Y Combinator-backed startup’s mutual fund-like crypto product, plummeted by about half in the preceding two to three days.

“While exchanges worldwide are experimenting on Web 3.0, Indian exchanges are looking for the next payment provider,” Giottus’ Subburaj explained.

edited and proofread by nikita sharma.

Twitter just adopted the poison pill to defend against the Hostile Takeover attempt by Elon Musk.