From April 28, Indonesia will prohibit the palm oil exports. The blow is particularly severe for India, which is the world’s largest importer of edible oils, particularly palm oil and soyabean oil. Is this a sign pointing out the increase in the prices of cooking oils in India? Of course, if the supply is less the prices will be surely high marking an impression on the pocket of the laymen.

The decision by Indonesia to prohibit the palm oil exports beginning April 28 could not have arrived at a worse moment. Even before the news surfaced, edible oil prices were at all-time highs, roughly 45 per cent higher than previous highs set in 2008 and 2011. 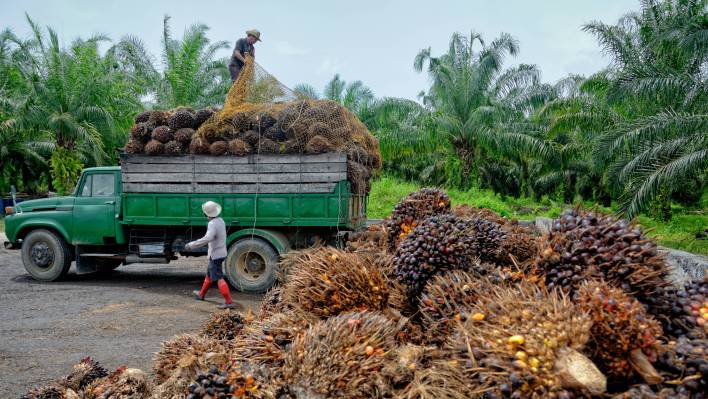 India, the world’s largest importer of edible oils, is particularly hard hit, as it is the world’s largest importer of palm oil and soyabean oil. Between April and March, edible oils and fats increased by 19 per cent, with five percentage points coming in March alone. According to Atul Chaturvedi, President of the Solvent Extractors Association, “the Indonesian palm oil prohibition may result in a further immediate 10% increase in costs.”

India imports approximately 10.5 lakh tonnes of edible oil per month, with 13 lakh tonnes imported in FY22, down from 15 lakh tonnes the previous year. Nonetheless, apart from the palm oil exports, India’s edible oil import bill in FY22 increased by 72 per cent from Rs 82,123 crore in FY21 to Rs 1.4 lakh crore. According to recent reports, the worst is yet to come.

Everything that could possibly go wrong for edible oil crops has gone wrong in the last 12 months. Due to the non-availability of migrant labour because of COVID-19, palm oil export output was hampered for the larger part of 2020 and 2021 in its biggest growing locations of Indonesia and Malaysia. Argentina, the world’s top exporter of soyabean oil, had a dismal soy crop last year. The country temporarily halted exports before resuming them after raising the export tax to 33% from 31%.

To make matters worse, crop damage has been observed in Canada and Europe, the two main producers of canola oil. Cooking oil prices were already at historic highs in February, when Russia began its war against Ukraine by halting sunflower oil deliveries. The war and the sanctions aggravated the situation.

The tragedy is that the rise in cooking oil costs is occurring at the same time as a general increase in the prices of crude oil and gas, as well as other commodities such as wheat, nickel, copper, and palladium, all of which are exported by Russia. In March, India’s consumer price index (CPI) reached a 17-month high of 6.95 per cent, with edible oils accounting for 19 per cent of the increase. The stickiness in crude oil prices has already crushed hopes that the March CPI of 6.95 per cent was a peak. Due to the recent surge in edible oils as a result of the Indonesian prohibition, average inflation for the year could reach 7%.

Vegetable oil prices soared to new highs in February when supplies of sunflower oil from the Black Sea region were hampered and with this prohibition in the palm oil exports are also coming into play. According to a Mumbai-based dealer with a global trading organisation, the price increase increased working capital requirements for oil refiners, who were maintaining fewer stocks than usual in anticipation of a price drop.

Instead, oil prices have risen even higher. After Indonesia’s unexpected palm oil export embargo drove buyers to seek alternatives, which were already in low supply due to harsh weather and Russia’s invasion of Ukraine, global edible oil consumers have little choice but to pay top dollar for supplies. According to James Fry, chairman of commodities consultant LMC International, “Indonesia’s decision affects not only palm oil availability or palm oil exports but vegetable oils worldwide.”

Meanwhile, the Solvent Extractors’ Association (SEA) of India, which represents the cooking oil industry, has proposed that a government-to-government (G2G) dialogue be initiated immediately with Indonesia about their proposed palm oil exports ban, which will take effect on April 28 and will have negative consequences in India. Indonesia, the world’s largest producer of palm oil, which supplies about half of India’s total palm oil need each year, has put a restriction on exports till further notice, ostensibly to keep edible oil prices in their home market in check.

We have urged that our administration hold a high-level diplomatic meeting with Indonesian colleagues to discuss the cooking oil export and palm oil exports prohibition. This will have major ramifications in our home market because Indonesia accounts for half of our total palm oil imports, and no one can fill the hole,” SEA director-general B V Mehta told PTI.

According to Mehta, “The industry had not anticipated a prohibition. Because the news of the restriction has skewed sentiment, there will be an immediate impact on prices in the home market starting Monday.”At worst, the cooking oil sector expected an adjustment in export duty from Indonesia, which is dealing with a 40-50 per cent increase in cooking oil prices in its local market.

Indonesia imposed an export charge of USD 575 per tonne.”Malaysia’s oil price will rise as a result of the announcement. The price of oil in Malaysia, which is our main alternative sourcing market, has risen “Mehta explained.