Gogoro, a Taiwan-based electric vehicle startup, stated this week that it would introduce its “6-second” battery swapping systems for two-wheelers in India (Delhi-NCR) this month. Contract maker Foxconn Technology Group, another company from Taiwan, is interested in India’s battery-switching market.

According to a report by ET Prime, Foxconn is awaiting regulatory approval to install its battery-swapping infrastructure in the country and is expected to enter the local market either with Gogoro or on its own.
Battery Smart, Yulu, Bounce Infinity, and Sheru are homegrown firms that have padded themselves up and are prepared to profit from the government’s push for battery swapping.

To improve the ecosystem for EVs, the Indian government has pushed for battery swapping. Finance Minister Nirmala Sitharaman announced that the government would introduce a battery-swapping scheme with interoperability standards in her budget for this year. In April, a preliminary battery-switching strategy for electric scooters and small, sluggish rickshaws was published. 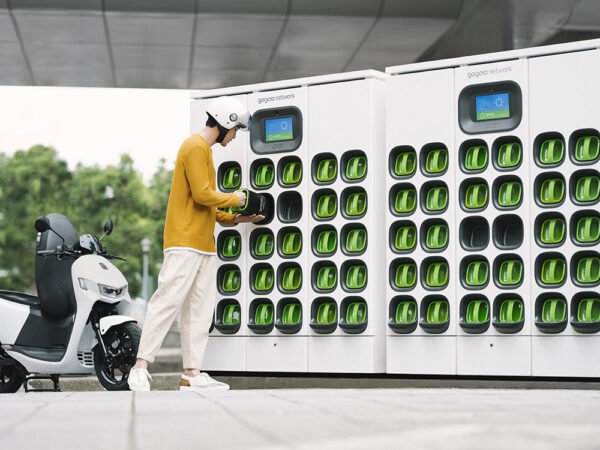 Battery switching occurs when a depleted battery is swapped out for a charged one at a swap station. It has been gaining acceptance in the market as a cure for range anxiety, one of the major obstacles to the broad adoption of EVs.

Batteries for two- and three-wheeled vehicles currently take three to four hours to charge. They still have an hour-long downtime despite having faster charging options. Because replacing a battery just takes a few minutes or seconds, there is no longer a need for customers to wait.

In urban regions with limited space, it may be possible to avoid the challenge of building a sizable charging infrastructure by performing battery switching in smaller sites. A battery exchange station may be situated outside Kirana stores or as a separate building.

Battery swapping is projected to lower the initial cost of acquiring EVs. The main component of an EV is high-voltage batteries, which account for 40–50% of the cost of production. Customers who opt for battery switching have the option of buying an electric vehicle (EV) without a battery; they may then choose a swap subscription and install a swappable battery in the vehicle. 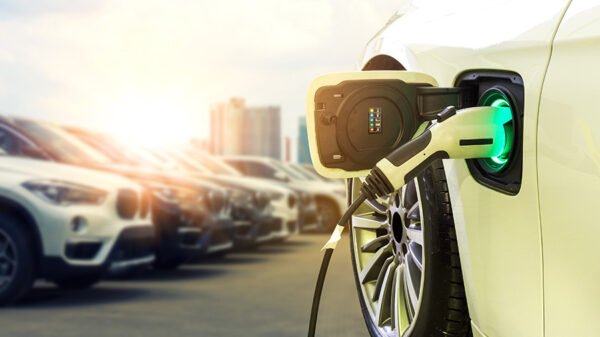 Among the firms operating in India’s battery-swapping industry are Battery Smart, Sheru, Yulu, Bounce Infinity, and Sun Mobility, all of which are situated in Delhi.

While Yulu sells electric mopeds, Bounce Infinity sells scooters. Customers can swap out batteries made by either company’s brand.

According to a recently signed memorandum of understanding between Yulu and the Government of Karnataka, the company will invest $1,200 crore over the course of five years to deploy a fleet of 1 lakh electric vehicles, build the “biggest” EV battery charging and swapping infrastructure in the state, and hire more than 7,000 people.

Yulu raised $82 million in a Series B funding round last month, led by the industry leader in mobility technologies Magna International Inc.

To meet the demand for Yulu automobiles and those built by other manufacturers, Yulu is establishing a new company, Yulu Energy, in partnership with Magna International. The company claims that this infrastructure will reduce the total cost of ownership and speed up the adoption of EVs in India.

“We believe that electric two- and three-wheelers with compact form factors, which are both capable of battery swapping, are the future of transportation.

Jaideep Kapani, the head of business development at Yulu, claims that it lowers the cost of ownership for EVs.
The scale of the market and the government’s push for EVs are motivating international businesses to enter India, according to Kaushik Burman, General Manager of Gogoro India, who claims that this is providing Indian companies “great confidence.”

If battery switching is employed by EV manufacturers who have their own charging infrastructure, it will be intriguing to observe.
For instance, Ather Energy in India provides the Ather Grid, a network of quick charging stations. As of October, Ather had 580 public rapid charging stations spread throughout 56 Indian cities.

Reliance-backed Battery switching is not an option because the company’s last-mile EVs have a 120 kg battery, according to Altigreen. The company provides “fast-charging technology” that charges the battery in 15 minutes thanks to a collaboration with Exponent Energies.

The battery-swapping business has potential, and Altigreen has started looking into switching options.

Alternate Green is not opposed to exchanging. Some use cases are switching best supports. They are already talking about a battery swapping system where they will control both the switching infrastructure and the battery packs (B2B customers).

However, fast-charge batteries will reportedly be a use case that will compete with swapping, according to Altigreen Co-Founder Amitabh Saran.
Battery swapping may open the door to more widespread EV deployment across consumer segments and use cases if it successfully reduces range anxiety with a sizable network of swap stations and lowers the cost of ownership. There are still speed bumps and impediments in the way despite the excitement and focus around battery replacement.

Battery switching has not become widespread outside of Taiwan under Gogoro’s administration.

Looking at some of India’s major issues now: ·

To reduce range anxiety, players must build a huge network of battery-swapping stations. The participants emphasise how expensive it is to build a swap station because it requires labour, enough land, and access to dependable electricity for charging and generating capacity.

The setup of swapping stations, the availability of qualified employees, and the availability of power for these stations are all required. Battery swapping’s growth in India will be hampered by slow growth in any of these crucial sectors, according to Ankit Mittal, co-founder and CEO of Sheru, which operates over 250 stations around the Delhi-NCR region.

While Bounce Infinity provides 300 swapping stations in Bengaluru, one every 2-3 km, Yulu has around 75 in Bengaluru, Delhi, and Mumbai, one every 2.5 km. While Sun Mobility has over 150 exchange points spread throughout 18 Indian cities, including Delhi, Bangalore, Gurgaon, Chandigarh, Trivandrum, Calicut, Noida, and Mumbai, Battery Smart has more than 350 swap stations spread across 12 cities, including Delhi, Faridabad, Gurgaon, Jaipur, and Lucknow.

According to the draught policy, the government has planned to introduce battery switching stations in two phases in India. Metropolitan areas with populations of more than 4 million (as of the 2011 Census) people will be prioritised for implementing battery-swapping networks during the first phase. The second phase will cover cities with a population higher than 5 lakh, union territory capitals, and state capitals.

Battery replacement must be simple and have quick access to a wide selection of safe, standalone batteries available on the market.

There should be more batteries available than there are swappable cars on the market. Extra batteries should be charged and readily available for a replacement for customers.

According to Pulkit Khurana, co-founder of Battery Smart in India, the increased emphasis on cell manufacture in India will lessen the reliance on foreign cells and enable the ecosystem for battery swapping to develop.

Another issue in India is the high GST on standalone batteries. While the GST on batteries included with electric vehicles has decreased from 18 per cent to 5 per cent, the GST on independent batteries is still high at 18 per cent.

Interoperability is crucial for the success of battery swapping. As a result, EV battery packs need to be standardised so that they may be used with a variety of car brands, models, and manufactures.

Vehicle OEMs will incur costs when producing vehicles that can employ a range of batteries from different battery-swapping providers. Retrofitting existing vehicles to make them compatible with several batteries requires time and money.

Currently, users can only swap their vehicles’ batteries with Yulu and Bounce Infinity.

Sheru and Battery Smart use interoperable battery models. Several battery producers make these batteries, but they all have the same characteristics and dimensions and are compatible with most three-wheelers on the market.

According to an analyst who studies EVs, the government would not set standards that would stifle innovation. He claims that ” the switching players would have to partner with OEMs to manufacture batteries.”

In addition, consumers need to be informed about the safe handling, storage, and disposal of batteries.

As the behaviour of the cell varies with temperature, state of charge, current demands, and usage, it is challenging to maintain consistency, quality, and range when various batteries are used in different cars.

Before the swap, users would not have known the actual state of the battery pack—whether there had been any internal damage, for example. The issue can emerge during use or in subsequent swaps. 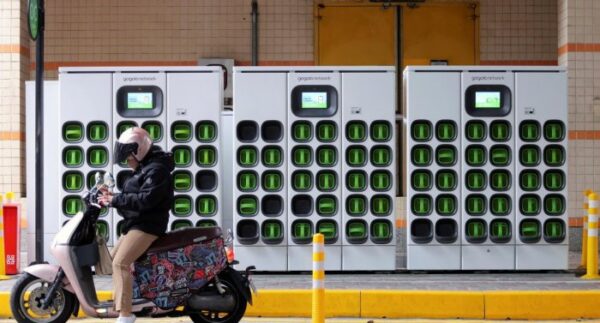 Possible scenarios and use cases

Despite the fact that battery swapping technology is available for all types of vehicles, a paper by EY, Indus Law, and IVCA asserts that it is more suitable for the smaller batteries used in two- and three-wheelers.

The replacement of batteries in buses and passenger cars requires a substantial investment in machinery because they cannot be handled manually. A two-wheeler battery weights 7–12 kg, a three-wheeler battery 80–120 kg, and a four-wheeler battery 200–250 kg.

For larger autos, some companies are researching battery-swapping technology. Battery switching for buses and passenger cars is being developed by the Nio Corporation in China and Edison Motors in South Korea.

Although splitting up large battery packs into smaller ones for use in four-wheelers is theoretically possible, Amitabh of Altigreen claims that this frequently leads to a fluctuation in charge levels and unknown or unpredictable ranges.

Future battery switching trends are predicted to be led by the B2B industry because these customers want quick turnaround and charging times.

The previously quoted expert claims that changing batteries is a very effective solution for fixed-route commercial users. Battery switching, in the opinion of Kapani of Yulu, may increase the number of EV buyers and open the door to applications like gig delivery.

Battery switching may resolve some of the complex problems faced by the EV market if the hurdles can be overcome while considering the particular requirements of the battery-swapping business model. A proper roadmap for all segments—two-wheelers, three-wheelers, commercial fleets—must be implemented for the general adoption of battery swapping.

Within a decade, India will become the world's 3rd largest economy and stock market