The role of media in a country is to provide information and knowledge to the people of the country. Media is considered to be the best platform or medium of communication for masses. There is no doubt about it that it plays an important role in disseminating information and knowledge, it keeps us aware and inform about the happening across the world.

Media as the fourth pillar of the democracy:

Media as a fourth pillar of the democracy plays a vital role in making people of a country mindful of social, political and economical exercises around them. It resembles a mirror which uncovers the exposed truth and brutal substances of the life. A news media being the fourth pillar of the democracy, be it a print media or television/ radio its main purpose is to educate and spread awareness with impartial news without any alteration or control, because people trust what they read, see and hear through these platforms and tend to develop thoughts and opinions based on the information they are perceiving. So it becomes really important and necessary to disseminate news or information that is based on true facts and figures, as it has a huge impact and influence on the masses.

The impact of media suppression on the country and its people:

Media as the watchdog plays a very important role in every democracy, so in the world’s largest democracy its role becomes more important. If we unfold the history of India, Indian media has always been known for its trust worthy and influential impact in the social, economical and political climate of the nation. But in the recent years the practice of paid news and growth in TRP has shattered the trust over it drastically, and because of this, the biggest victim here turns out to be the Indian democracy.

In the recent years the practice of taking money and favours from the corporate houses, politicians, government and from big organization, so that media could show favourable news about them has become a common practice in journalism and is destroying the ethics of a journalist. As a result the truth about the gambles and biasness of the government and the political party is not shown due to which the people of the country are likely to suffer the most. 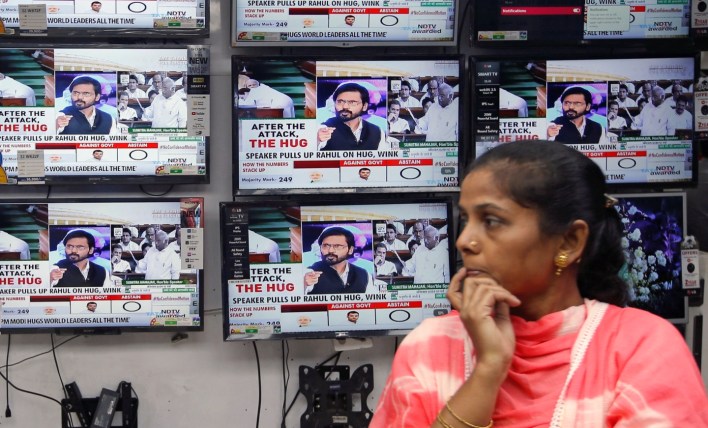 So even if some of the houses or journalists wants to provide true information to the public, they are always being shut by the threat calls or intimidation, or simply just being censored by the authorities.

As mentioned before, in today’s world the practice of taking favours and money from the government and authorities has made the media bias towards them, and they often do not disseminate true information or something which is against them in order to portray good public image, and to establish a government propaganda in the minds of the citizens.
Government has always been a suppression body to Indian media:

Government since ages is suppressing for informing and educating public, the most relevant example that comes to my mind is the censorship of the press during the 1975 emergency, when the owners of media houses and many journalists were put into the jail by the authorities for publishing the truth about the government, a special department was formed to censor the news, and it is very obvious that why the government was into suppressing the press  because it didn’t wanted the truth about the emergency to come out. 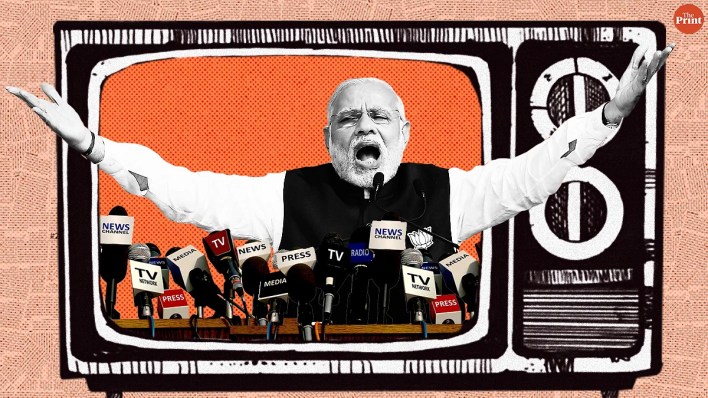 Back then in 1975, Prime Minister Indira Gandhi suppressed the media for publishing truth, and now our present prime minister is also suppressing the media to establish himself as a saviour of the country.

If we talk about today’s situation when the whole world is stuck in the tsunami of the coronavirus, when the people across the world are dying in numbers and every possible solution or assumed vaccination has been failed to cure the epidemic. Most of the countries are in complete lockdown because the spread of the COVID-19 is unstoppable, in such a situation the people of the largest democracy that is India has a full legit right to get information about this global issue, because the country is in a complete lockdown from past 26 days and in such a situation the citizens look up to the media to get true and complete information about what is happening around the globe.

Now, coming back to the Mr. Modi as the saviour of the country since 2014, he is attacking the freedom of the press. India’s free press has always played an important role in protecting the democracy of the country, but ever since the Modi government has came into existence the word free or liberal or control free press has become a myth. His government has tried to control every news media by threatening or by regulating them in various different ways by cutting off the broadcasting or by blocking the entire channel for days.

In the coronavirus pandemic the Modi government is now trying more hard to suppress and control the them in order to cover their mistakes and ignorance that has led the virus to spread more rapidly. According to the reports, right before he imposed the lockdown in the country, without any hints or information like he always do, Mr. Modi met with top news executive and instructed them to  publish inspiring and heroic stories of him being the saviour of the nation.

After the lockdown his lawyers persuaded the Supreme Court few weeks ago to order the media houses to publish and broadcast the news after being approved by the centre. Not only this, but the government ordered the media owners to fire the journalist who have criticized prime minister. In the coronavirus pandemic, the government has also restricted the circulation of the newspapers, and advertising due to which certain news media companies are facing financial crisis.

Along with this, a question that arises is that how should a media platform regulate itself without any government control and alterations in the information after being controlled by the authorities in all possible manner.

Why does government suppress media?

As mentioned before, media is the fourth pillar of the democracy and the role of media is to educate and making people mindful about the social, economical and, political aspects of the country, and a country’s government always have a problem in people becoming educated and informed as it does not want its true colours to be shown off, and after people being more aware and educated about the facts and the wrong schemes of the government, they tend to ask questions and start making opinions, and the government becomes accountable to them.

That why the government always suppress the power of the media by imposing certain restrictions and censorship. So that a positive image of the leader can be established in the minds of the people of the country.Thus, the hard fact is that because of the suppression by the authorities a large section of Indian media has become biased and a “lap dog of the government instead of a watchdog to the society”

CoronaVirus Not Likely To Affect Sales Of Electric Vehicles?

What is The Use Of Wealth When You Can’t Serve The Nation? Reliance Foundation Feeds 2 Crore People