In Africa’s central and western areas, monkeypox, a viral illness comparable to smallpox, is widespread. Since the sickness spreads by skin-to-skin contact, it is likely that commerce in people and animals, as well as transit routes connecting Africa to other regions of the world, contributed to the infection’s global spread.

According to the most recent data, the World Health Organization (WHO) has received reports of approximately 14,000 cases of monkeypox as of July 21. With the illness spreading to six additional nations and infecting 8,000 individuals between July 15 and July 21, the numbers have more than quadrupled from only the previous week.

As far as we know, India has recorded two instances, both involving men between the ages of 30 and 40 who had recently been to Middle Eastern nations. Monkeypox, in contrast to COVID-19, is a virus that is well characterized and has clear preventative and treatment recommendations.

Additionally, since the virus is carried by skin-to-skin contact with people or animals, and the carrier always exhibits overt, obvious symptoms, it is extremely simple to stop the spread of infection. To a lesser degree, the transmission can also happen by respiratory droplets, but it needs close contact for a lengthy period (more than three hours). 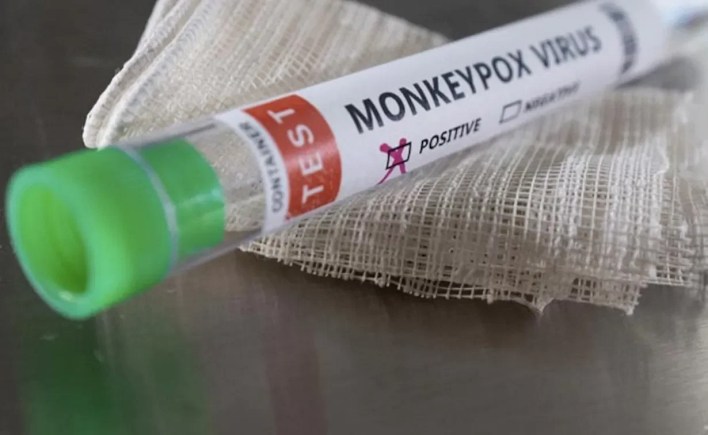 According to surveillance of the most recent epidemic (MSM), men having sex with men is an unusual way for monkeypox to spread. But it’s crucial to realize that monkeypox isn’t primarily a sexually transmitted illness (STI).

The patient is not very contagious throughout the incubation or post-scabbing period, giving the virus just a brief window of opportunity to spread. Because of this characteristic of the virus, India has ample time to build up the required monitoring measures to halt the spread of infection. It’s doubtful that COVID-19 will spread at worrisome rates in India since states with high international passenger traffic have effective triaging systems in place.

Monkeypox takes five to thirteen days to incubate. The first signs, which last a day or two, include fever, headache, drowsiness, and backache. This is followed by a macular rash, which progresses into papules, which are observable mounds that resemble pimples.

Once they have grown, they may become vesicles or blisters that may burst with an infectious, yellowish pus-like liquid. These pustules start to dry out, scab over, and eventually fall off after two to five weeks. Enlarged lymph nodes may potentially be linked to the illness.

Patient data that is currently available demonstrates that in the continuing epidemic, the rash or blisters starts and persists in a specific place, frequently in or near the genital area. As a result, the rash could not be noticed and presented a surveillance challenge for authorities. 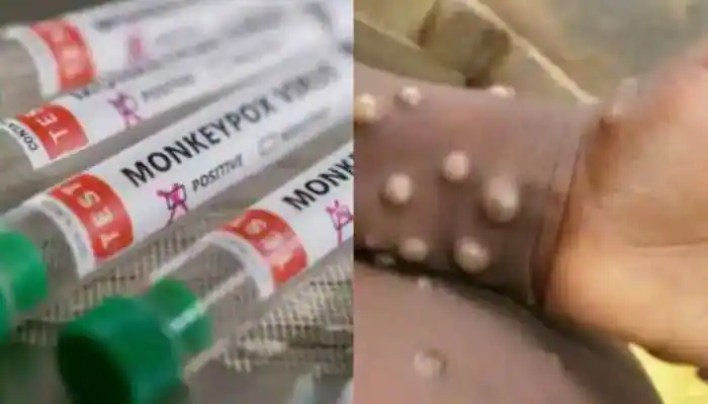 Secondary infections such as bronchopneumonia, sepsis, encephalitis, and corneal involvement with sight loss can develop as a result of monkeypox. Again, these are all well-known symptoms, and despite urban legends spread on social media, the virus has not changed. However, virologists will examine the findings to provide specific remedies when experts from across the world sequence the virus’s DNA.

What is the treatment for monkeypox?

Most individuals have minor illnesses and heal on their own. Supportive treatment is required for those who are critically sick while the infection is being treated. In the US, several antiviral drugs, such as Tecovirimat, are available for the treatment of smallpox and are probably also effective against monkeypox.

To stop the transmission of the disease, healthcare professionals are required to examine or treat monkeypox patients while wearing complete PPE, which includes a gown, an N-95 mask, goggles, and two pairs of gloves.

The patient’s blood, urine, and rash/blister samples are used for DNA-PCR and other testing to identify the infection as soon as symptoms appear. Within a month, the patients recover, but active isolation is necessary to reduce the likelihood of spread.

How can you defend yourself?

The COVID-19 preventative measures’ two years of experience are very helpful in ensuring your immunity against monkeypox. Masking, hand washing, and social withdrawal are all equally effective at preventing monkeypox.

By avoiding contact with people or animals who have recently visited the outbreak locations, you can lower your chance of exposure. The likelihood of infection can increase even with a simple touch from objects that have come into contact with the ill individual. If you accidentally become exposed, wash your hands with soap and water or alcohol-based hand sanitizers. Most crucially, when testing or treating Monkeypox patients, all healthcare professionals are required to wear a full PPE suit. The Modified Vaccine Ankara (MVA), which is typically used for smallpox vaccination, is recommended by the Centers for Disease Control and Prevention (CDC) for immunization against specific high-risk contacts or exposure. 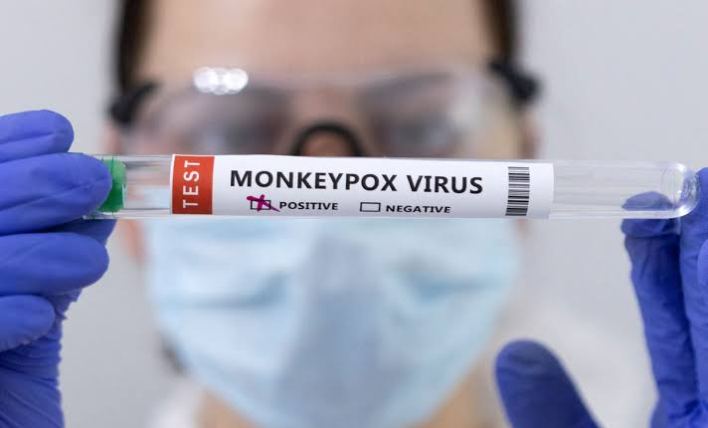 Since there are no documented examples of monkeypox asymptomatic carriers, blocking the virus’ import is simpler than it would be for other viruses like COVID-10 or SARS. Travelers from areas where the disease is prevalent, such as Central and Western Africa or, as of right now, all 71 countries where the epidemic has been documented, should be clinically examined for fever and a rash that mimics monkeypox. Additionally, travelers must proactively report their symptoms.

PCR-based diagnostic assays for monkeypox are not yet commercially accessible in India and, if used wisely, might prove to be expensive. Therefore, the clinical diagnosis will be essential to halting an outbreak of monkeypox in India.

In heavily crowded urban areas like Delhi, Mumbai, Bengaluru, and Chennai, infection containment may be a difficult undertaking. Limiting intimate contact can be difficult since there are so many locations that draw huge crowds, including buses, trains, places of worship, businesses, and entertainment venues like theatres and malls.

However, unlike COVID-19, monkeypox is not an airborne illness; thus, controlling the spread in urban areas necessitates isolating symptomatic individuals, their close contacts, and anyone with a history of travel to endemic or outbreak locations.

To aid authorities in contact tracking, it is also the duty of symptomatic people to precisely identify their connections at home, work, educational institutions, sexual contacts, or social events. The containment procedure for monkeypox might consist of triage, testing, tracing, and isolation.

There is no particular group of people who are more susceptible to contracting monkeypox except those who have diseases that impair immunity, such as HIV, cancer, or organ transplants. Individuals who have come into contact with infected individuals or their material are therefore the most vulnerable or at high risk of contracting the infection. The probability of exposure increases the risk of infection.

See also  How Your Bike Insurance History Matters At the Time of Renewal? 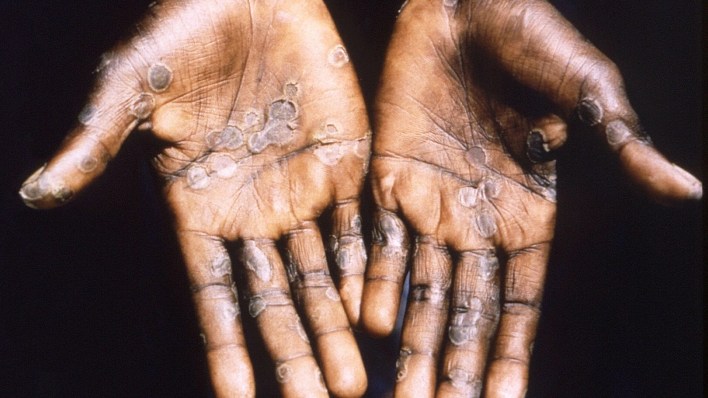 Due to healthier people and improved healthcare infrastructure, even the 2003 US monkeypox outbreak was controlled without any large fatalities or hospitalizations. Monkeypox is treatable using smallpox vaccines since the virus is extremely similar to smallpox. Depending on the exposure type, a decision on post-exposure vaccination should normally be taken after consulting with public health authorities. In addition to monitoring, the CDC advises post-exposure treatment and MVA vaccination.

It’s crucial to distinguish between monkeypox and monkey fever to avoid social hysteria. Monkeypox was given the moniker since it was originally found in the colony of monkeys kept for study, even though monkeys are one of the hosts for the monkey fever virus.

A vector-borne illness caused by the Kyasanur Forest disease virus is known as Kyasanur Forest disease (KFD), often referred to as monkey fever (KFDV). The illness is indigenous to the forests of Karnataka, where ticks serve as both the carrier and the common hosts, which include rats, shrews, and monkeys. Through its bite, the tick infects people. 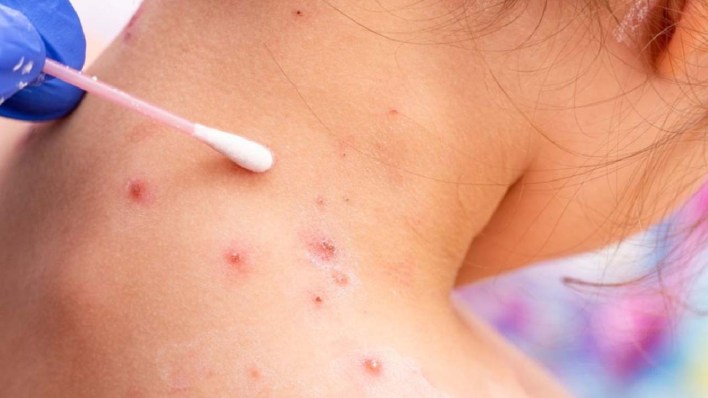 On the other hand, monkeypox is a zoonotic disease that may spread to humans through non-human primates and some rodents (such as rope squirrels, tree squirrels, Gambian pouched rats, and dormice), as well as from unknown natural reservoirs.

McDonald's Success Story- the Largest Food Chain in the World