Over 1.6 lakh Indians gave up their citizenship in 2021. Top 10 Preferred choices here

Nityanand Rai, the Union Minister of State (MoS) for Home Affairs, responded to Haji Fazlur Rehman, a member of parliament for the Bahujan Samaj Party (BSP), in the Lok Sabha. The United States, which continues to be the country of preference, granted citizenship to 78,284 Indian people in 2019, up from 30,828 in 2020, according to the Ministry of Home Affairs statistics. 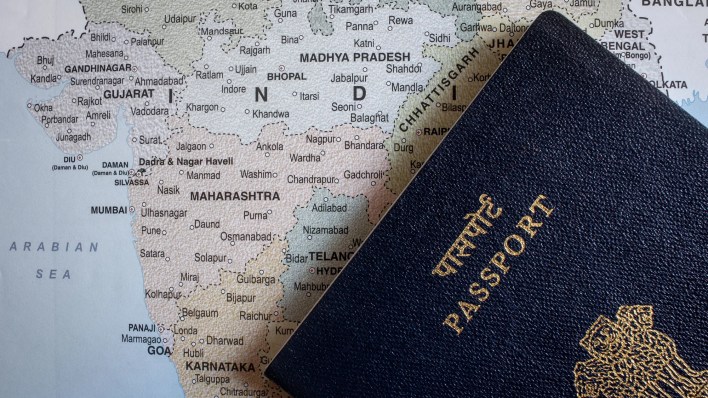 Nityanand Rai stated in front of the Parliament on Tuesday that 1,63,370 Indian individuals will give up their citizenship and move overseas in 2021. In contrast, 144,017 persons left Indian citizenship in 2019, and 85,256 people did so in 2020 before settling abroad. This demonstrates that in 2021 compared to 2020, twice as many people renounced their Indian citizenship.

Nityanand Rai, the Union minister of state for home affairs, provided the information in response to Haji Fazlur Rehman, a Lok Sabha member for the Bahujan Samaj Party (BSP), who asked for it. 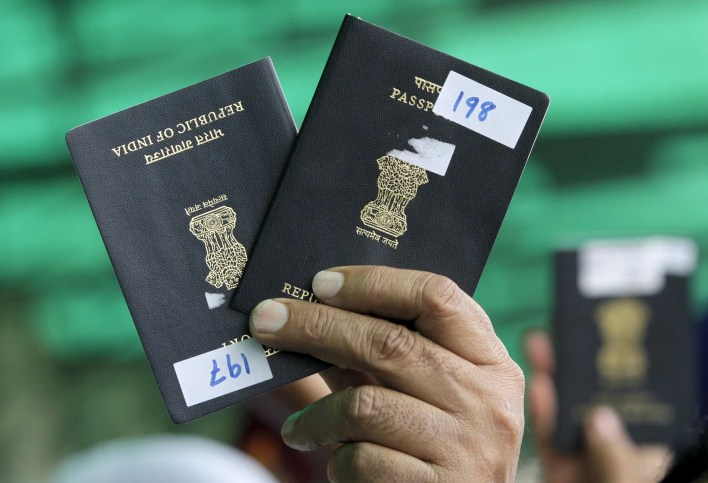 Rehman had requested for information on the number of Indian citizens who had given up their citizenship in 2019 and the countries in which they had been granted citizenship. In contrast, Australia was the second-most desired location in 2021, with up to 23,533 Indians giving up their citizenship to relocate there.

According to government statistics, the United States (US) continues to be the top destination for immigrants, with an increase in the number of Indians applying for citizenship from 30,828 in 2020 to 78,284 in 2021.

13,518 Indians had swapped their Australian citizenship for one in 2020. 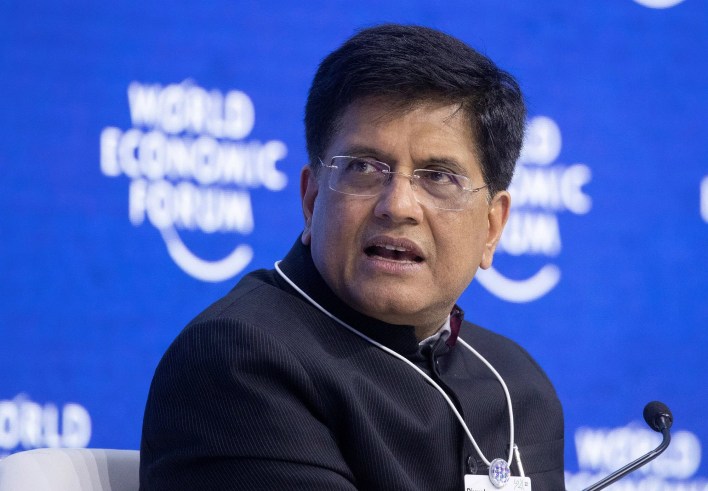 However, Canada, which receives a sizable influx of Indians for employment and education every year, fell to third place in 2021 from second in 2020 to be the result of 21,597 Indians switching to Canadian citizenship.

The top countries where Indians have relinquished their nationality are as follows:

In a speech to the Parliament in December of last year, Rai stated that up until September 30, 2021, over 8.5 lakh Indian people will have given up their citizenship.

Dual citizenship is not available in India. Hence those who wish to get citizenship in another country must, by law, renounce their Indian passport. Indians who give up their citizenship can still qualify for an Overseas Citizen of India (OCI) card, allowing them to take advantage of the privileges associated with living, working, and operating a business in India. MHA reports that 191,609 foreign nationals will have OCI cards in 2020.

This means that Indians seeking “citizenship by investment” will have to renounce their Indian passports. In 2019, 7,000 Indian millionaires left the country. 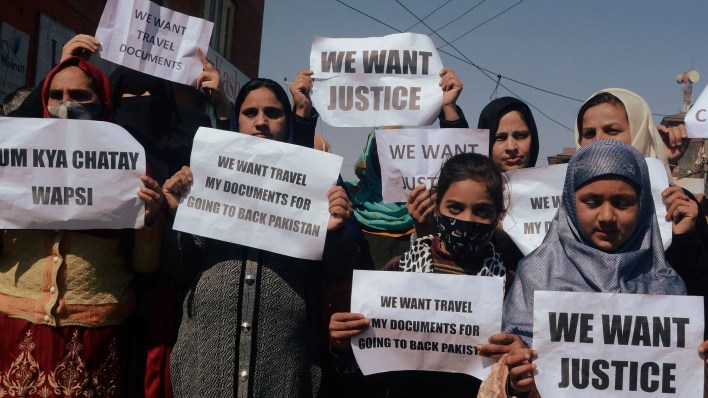 As per the data from the Global Wealth Migration Review, 2% of India’s billionaires will have left the country by the year 2020. China led the migration list with 16,000 High Net Worth people going, followed by India with 7,000 and Russia with 5,500.

Indians even came in first place on a list of those wanting citizenship or residence in other countries in exchange for financial investments, according to Henley & Partners (H&P), a London-based global citizenship and resident consultant. According to H&P, wealthy Indians prefer to travel to countries like Portugal, which has a “golden visa” scheme, and Malta and Cyprus.

The number of Indians searching for “citizenship by investment” increased by 63 percent compared to 2019. Portugal, Canada, and Austria have the best investment-linked residence programs.

Why is the golden visa so well-known in Indians, and what does it entail?

A Golden Visa is a citizen status or residency-by-investment scheme designed to draw affluent foreign nationals who wish to obtain residency in a particular country by making a sizable financial investment or by buying real estate. 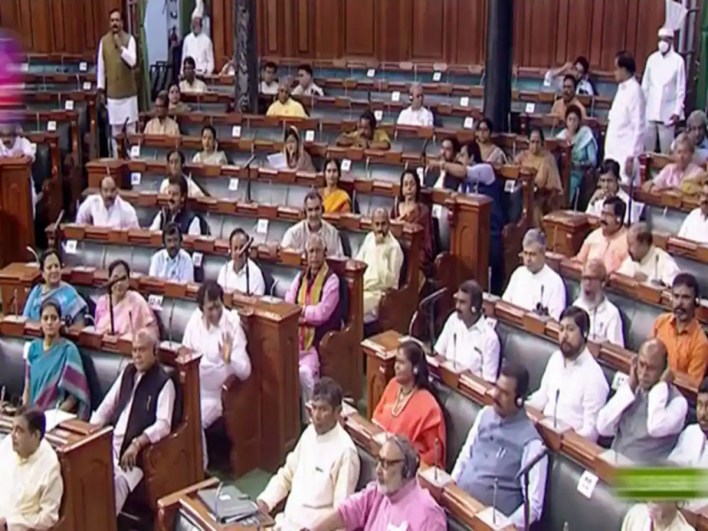 Parents are now becoming aware, according to  Henley & Partners, that for 250k Euros, you can buy a house in Greece, Lisbon, or Portugal and at the same time have a Schengen residence through which you can travel to 26 Schengen Zone countries without a visa.

Indian citizens made 62 percent more details about investment migration programs in 2020, according to Henley & Partners. There was a 30% increase in searches in the first half of 2021. Nearly 30 countries around the world provide citizenship and/or residency by investment programs, and Indian nationals and non-resident Indians (NRIs) are looking into these options.

The Indian passport is currently placed 85th in the Henley Passport Index and provides visa-free/visa-on-arrival access to only 58 places. India has only increased the number of countries you can travel to without a visa or obtain one upon arrival if you hold an Indian passport by five over the past ten years (from 53 in 2011). However, holders of residency cards from Greece or Portugal could travel to other Schengen nations without a visa, majorly raising their visa-free score to 84.

One has better access to travel to many countries without a visa the higher the ranking of their passport index. Additionally, they are immune from the immigration process’s bureaucratic delays, which is advantageous for dealers and businesspeople. According to Dr. Juerg Steffen, CEO of Henley and Partners, “the unexpected events of 2020 have concurrently aggravated push factors like political and economic instability and reprioritized pull factors, with stabilization, safety, and access to higher education and healthcare problems becoming issues of great concern than ever.”

See also  Several countries in the world are worried due to a fall in the birth rate; in India, the story is reversed; as we struggle to control our population, the future looks bleak

In terms of inquiries regarding the golden visa, he continued, India was at the top in 2020. Still, the US, which was in sixth place the previous year and fell in the Henley Passport Index rankings, shot up to the second place, followed by Pakistan, Nigeria, and South Africa.

Big entry barriers are impeding progress for many countries with low-ranking cards on the Henley Passport Index, even as many open their borders in an effort to revive economic growth.

A post-pandemic world may never exist due to the pandemic’s persistent effects on global human Mobility, according to Erol Yayboke, a senior researcher with the International Security Program and board member of the Project on Fragile nature and Mobility at the Center for International Studies (CSIS) in Washington, DC. “Covid-19 is as much an economic catastrophe as it is a public health crisis, though it adversely impacts migrant origin coiuntries more than other countries in both respects.”

Pandemic-related obstacles to Mobility are likely to persist in the face of increased pressure to relocate for survival, both because the disease itself is still present and because more control over emigration will be challenging for some leaders to give up.

With approval from more than 120 nations, AstraZeneca’s non-replicating viral vector immunization presently holds the top spot. The immunization form Pfizer-BioNTech is presently authorized in 98 countries, Sputnik from Russia is in 71 countries, and Moderna is in 69 nations globally. According to Kevin Bürchler of the SIP Medical Family Office, your health or immunization status, often in conjunction with supplementary passports, may now be even more crucial for your rights to global access.

Regarding health management and risk readiness, Canada has emerged as the best performing investment migration country, followed closely by New Zealand in second place and Australia in third. According to data from Henley & Partners, four European nations made the top 10, with Switzerland taking the fourth slot, Austria taking the fifth spot, Italy taking the ninth spot, and the UK taking the tenth spot.

India's energy needs to be sustainable