On Monday, Joe Biden made a potentially dangerous statement. In Tokyo, he answered a reporter’s question about whether he was willing to “get involved militarily to defend Taiwan” with a flat “yes.” “That’s the commitment we made,” said the president. The US abandoned its formal commitment to defend Taiwan in 1979, replacing an alliance treaty with the Taiwan Relations Act, which requires the US to assist Taiwan in equipping itself to defend itself.

This is Biden’s third public declaration in less than a year that the US would use force to prevent Beijing from seizing the island. The White House scrambled once more to clarify that the US position has not changed: the US maintains a One China policy and “strategic ambiguity” rather than clarity on whether it would defend Taiwan. 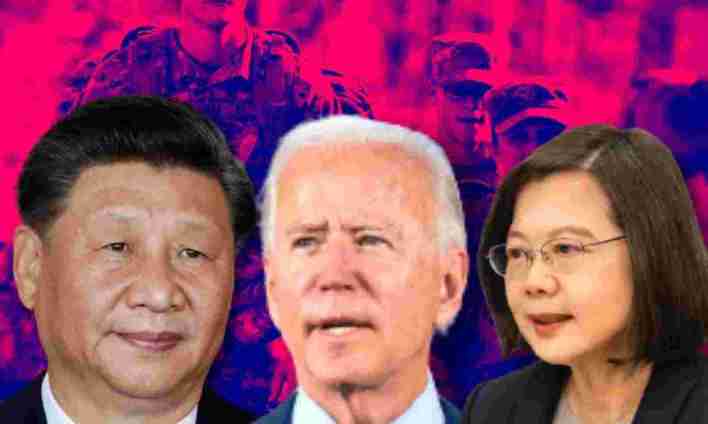 This is a wise approach that, as many administration officials acknowledge, has served the United States well. However, repeated gaffes risk being misinterpreted as policy changes. They raise the possibility of undermining peace and stability between the world’s two most powerful countries.

For decades, China has avoided using force to conquer Taiwan but has maintained the threat to do so. Many analysts believe Beijing would prefer to apply gradual pressures toward “reunification” rather than launch a costly and risky campaign of sudden conquest.

The possibility of full-fledged Chinese aggression should never be dismissed, particularly given the country’s growing military capabilities and international ambitions. However, one factor could change Beijing’s calculus in Washington. 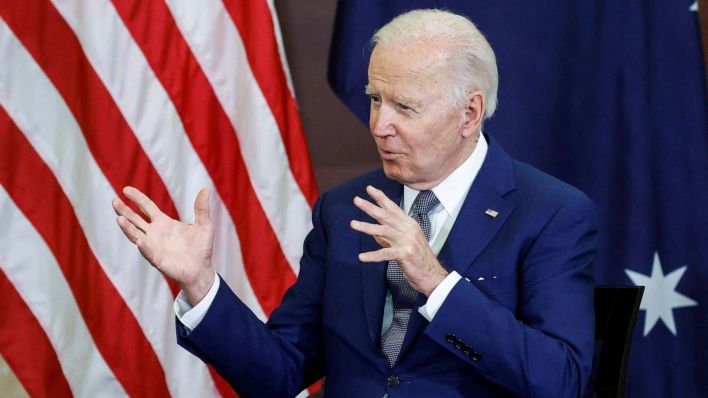 If the US appears to regard Taiwan as an irreversible strategic asset that can never be integrated into the mainland, China may resort to Plan B: launch an invasion out of fear that it must act now or accept that Taiwan is lost forever.

No single presidential utterance is likely to prompt China’s President Xi Jinping to make a major policy decision. Xi and Biden have had numerous direct and ongoing conversations. The People’s Liberation Army is already concerned about the possibility of a US military intervention in Taiwan’s defense. As a result, Biden’s remark may have little impact on its own.

Worrying is the larger policy drift in Washington that the gaffe contributes to. Members of Congress have increasingly called for strategic clarity on using force to defend Taiwan, as well as other steps to restore the appearance of diplomatic relations between Washington and Taipei in recent years. 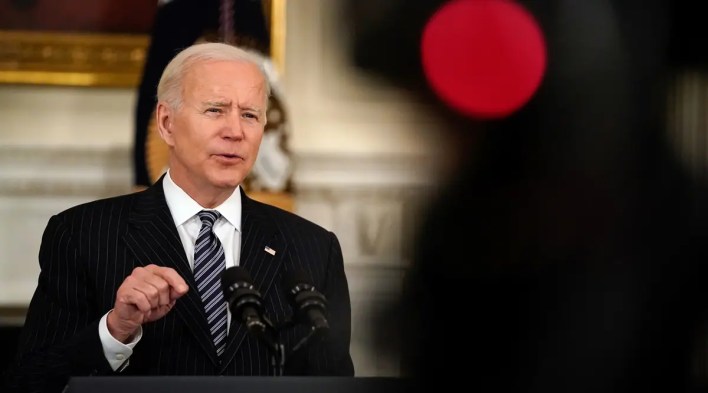 The US relaxed restrictions on high-level contacts with Taiwanese officials during Donald Trump’s administration, and the Biden administration issued new guidelines to reflect “our deepening unofficial relationship.”

Most importantly, these measures have coincided with an increase in hostility in US-China relations as the world’s two leading countries compete in security arenas.

At the very least, Biden’s pledge to defend Taiwan risks conveying the impression that the US is undermining long-standing policies that have underpinned the bilateral relationship and maintained peace and stability across the Taiwan Strait.

Even if Chinese officials accept the White House’s clarification that US policy remains unchanged, they may conclude that the US will become even more determined to defend Taiwan over time and that China’s existing threats will no longer be sufficient to keep Taipei from pursuing independence. 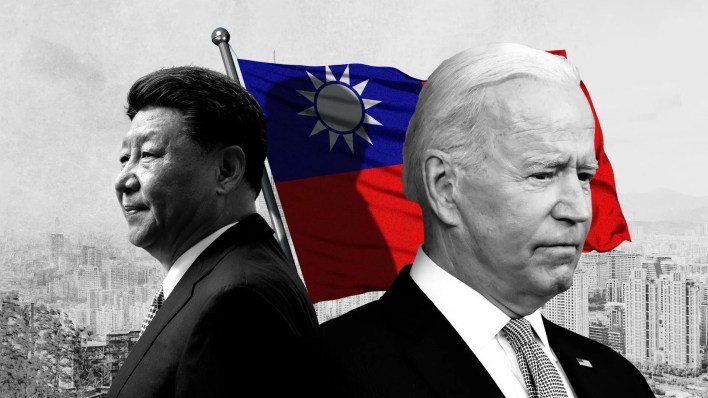 In that case, China may accelerate its “reunification” timeline and become more willing to risk military and economic conflict with the US. Indeed, by applauding Biden’s apparent misstatement, several powerful senators sent a destabilizing message to Beijing. Senator Bob Menendez, the Democratic chair of the Senate Foreign Relations Committee, responded on Twitter, saying, “President Biden is correct.

“President Biden’s statement that if push came to shove, the US would defend Taiwan against communist China was the right thing to say and the right thing to do,” Republican Senator Lindsey Graham said. Similarly, Republican Senator Tom Cotton took advantage of the opportunity to urge Biden to “restate our new policy of strategic clarity in clear, deliberate remarks from a prepared text.”

Whatever impact the gaffe has in Beijing, it creates space for Washington to challenge the status quo.

The conflict in Ukraine demonstrates how difficult it can be to determine where the red lines are. Russia had long opposed Ukraine joining Nato, but President Vladimir Putin launched a full-scale invasion of Ukraine in February, citing mounting cooperation between Kyiv and Nato, among other grievances, even though the alliance was nowhere near admitting Ukraine as a member. 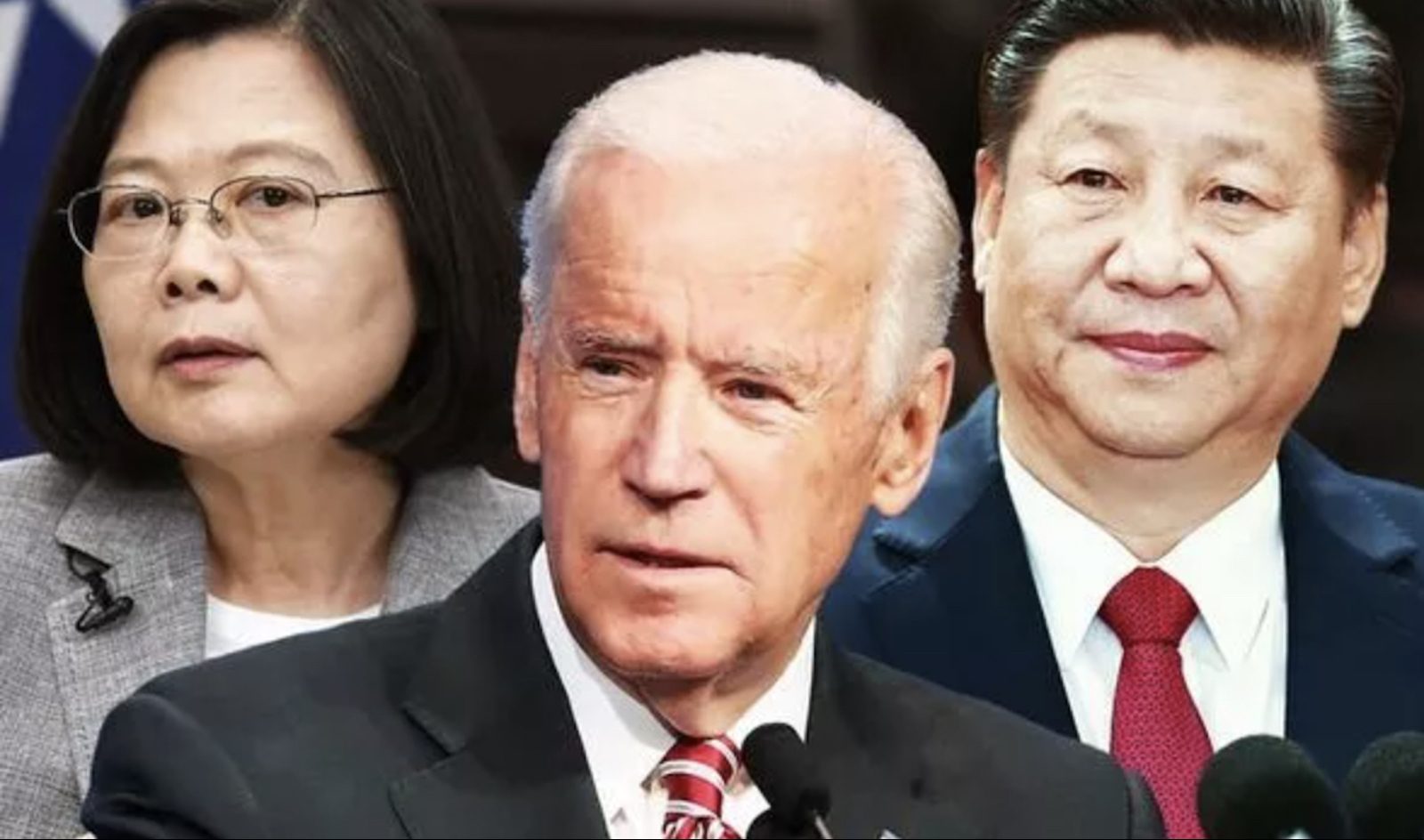 The US had no idea what would trigger Russia’s declaration of war, and many Moscow elites were astounded by Putin’s decision to invade. The circumstances on the other side of the Taiwan Strait are very different, but it is worth noting that no one knows how much leeway the US can take with its One China policy before Beijing decides it has been crossed. Xi may not even recognize himself. It would be best not to find out for everyone involved. The stakes are simply too high.

What Is The US’ Role In The China-Taiwan Conflict?

Following US Vice President Joe Biden’s remark that Washington would “intervene militarily” if China invaded Taiwan and China’s retaliation by warning the US not to meddle in its internal affairs, tensions appear to have arisen between the three countries. This follows the fear of a Chinese invasion of Taiwan amid the Russia-Ukraine conflict and the growing power struggle between the US and China. 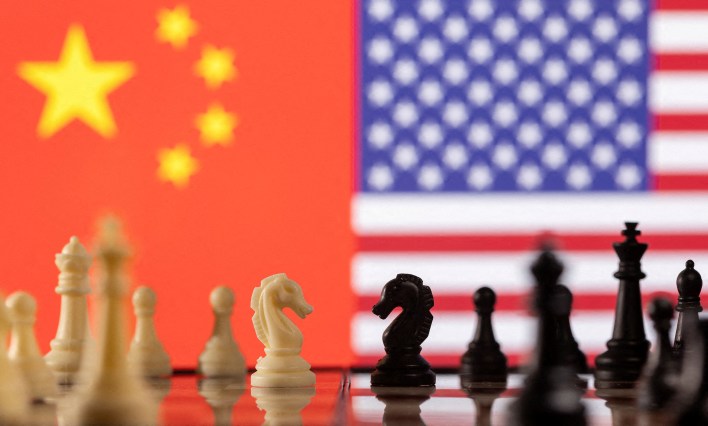 Following the fall of Imperial China in the early twentieth century, nationalist forces led by the Kuomintang (KMT) or Chinese Nationalist Party ruled mainland China, which became known as the Republic of China (ROC). During the Chinese Civil War, the KMT, which believed in democracy, had a schism with the Communist Party of China (CCP).

At the time, Taiwan was an Imperial Japanese colony, which was later handed over to the Chiang Kai-Republic of China (ROC) at the end of World War II. Taiwan, however, became separated from China once more when the CCP led by Mao Zedong defeated the ROC, forcing nationalists to relocate to the island of Taiwan.

Later, the CCP established the People’s Republic of China (PRC) in Beijing, while the KMT’s Chiang Kai-Shek relocated the Republic of China (ROC) to Taipei, intending to retake the mainland. CCP Chairman Mao Zedong, on the other hand, saw Taiwan as the final piece of a united “new China,” a “problem” that had to be solved sooner or later.

During the Chinese civil war, the US backed nationalists while the Soviet Union backed communists. It is worth noting that during WWII, the ROC and the US were allied forces against Japan, and after Japan’s defeat, Taiwan was handed over to the ROC. Even after the ROC relocated to Taiwan in 1949, the US continued to financially support it while rejecting the PRC. Washington made financial grants to ROC following the Foreign Assistance Act, Mutual Security Act, and Act for International Development enacted by the US Congress.

Truman even established a military presence in the ROC and provided economic assistance to Taiwan until 1979, when the country changed its policy. It is worth noting that the US has never recognized the PRC. However, during the cold war, when political ties between the Soviets and China were severed, the US strategically shifted its diplomatic ties from the ROC to the PRC, culminating in the US’s recognition of the PRC in 1979.

Washington recognizes the PRC as China’s sole and legitimate government under China’s “One Nation” policy, as well as Beijing’s position that Taiwan is part of China, but has never accepted the CCP’s claim of sovereignty over the island.

Meanwhile, the US maintains close unofficial links with Taiwan under the rules of the Taiwan Relations Act, fostering commercial, cultural, and other interactions through the American Institute in Taiwan (AIT), the de facto US embassy in Taipei.

Previously, even though the US provided Taiwan with military equipment, it was deliberately vague about whether it would defend the island in the event of a Chinese invasion.

However, Joe Biden’s direct remark about military intervention is seen as a departure from the ambiguous policy toward Taiwan. Notably, in a $2.37 billion deal struck between the United States and Taiwan in 2020, the US State Department approved the potential sale to Taiwan of 400 anti-ship cruise missiles, as well as associated radars, road-mobile launchers, and technical support. 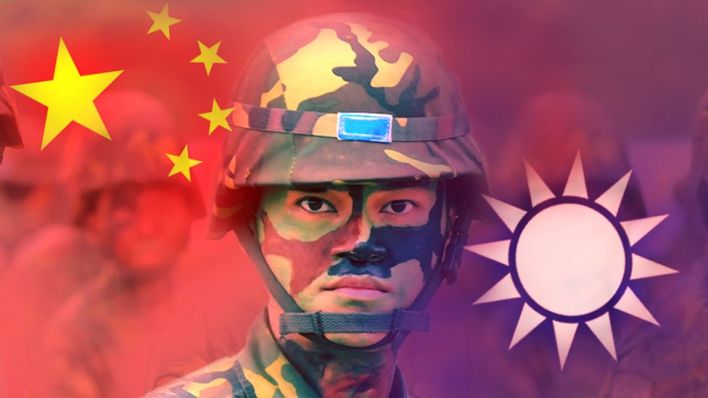 Notably, the Taiwanese Public Opinion Foundation earlier conducted a poll that found 53.8 percent of Taiwanese respondents have some or complete doubt that Washington will come directly to Taiwan’s defense, up from 28.5 percent last October.

It is worth noting that, during the Russia-Ukraine conflict, the fear of a Chinese invasion of Taiwan has grown, prompting the US to openly support the ROC government in Taiwan.