OYO and Zostel’s (Zo Rooms) Delhi High Court hearing on Wednesday has been adjourned to later.

The hostel chain Zostel has been engaged in a legal war with OYO for three years after merger negotiations failed.

Hearings will be held on October 7, according to the Court.

OYO has challenged the award because it opposes the enforcement, while Zostel is challenging the prize.

As part of Oyo’s due diligence on Zostel, Oyo would execute share subscription and merger framework agreements, shareholder agreements, and assets and business transfer agreements, collectively known as the Definitive Agreements. 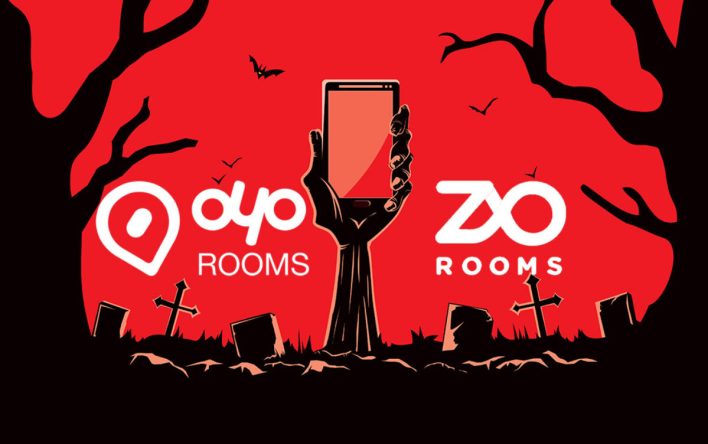 According to Zostel, Ritesh’s company failed to formally conclude the acquisition despite fulfilling its obligations under the term sheet. After conducting due diligence, Oyo found out about momentous debts and delinquent payments.

The term sheet also claimed that no definitive agreement had been executed to consummate the transaction. The Indian firm founded by Ritesh Agarwal appeared before the Arbitration Tribunal to determine whether the Term Sheet was deprived of its benefit terms and if Zostel was entitled to specific performance.

In addition, Zostel has expressed concern about any changes in OYO’s securities policy,” said Paavan Nanda, co-founder of Zostel.

Zostel was misrepresenting facts, OYO wrote in a blog on Tuesday night.

In preparation for its $1.2 billion market debut, Oyo Hotels and Rooms is engaged in a court battle with rival Zostel over a deal that went sour six years ago between the two startups.

In addition to issuing new shares, Oyo will offer to sell existing shares for $1 billion to $1.2 billion. In a Reuters report last week, the startup is expected to file draft documents for its initial public offering this month.

Reuters saw the petition filed by Zostel seeking to block Oyo from changing its shareholder structure through an IPO or any other means, including an IPO.

The deal they signed in 2015 was for Ritesh’s company to acquire Zostel’s businesses and for Zostel to acquire 7 percent of the OYO. A long-running legal battle has been going on over the deal terms since the transaction fell through, and Ritesh Agarwal’s company claims they had not reached a definitive agreement.

Zostel was authorized to claim 7% of Oyo following an arbitrator’s ruling in March this year. India’s Supreme Court appointed the arbitrator in 2018.

According to the arbitrator, Zostel “did everything in their power” to honour its contractual agreements. Still, on the other hand, Oyo failed to sign a definitive agreement and thus breached its obligations.

A Delhi High Court petition has been filed by Ritesh’s firm challenging the arbitration order.

Until these agreements are agreed upon, no rights will appear for the issue of shares of Oyo pending the execution of definitive agreements,” the legal counsel for Oyo said in a statement on Wednesday.

Our rights and reputation were at stake, in addition to monetary compensation. In a statement, Paavan Nanda, former co-founder of Zostel, said, “I am extremely relieved with the judgment rendered by the arbitration tribunal after deftly evaluating our merits and evidence”.

Lawyers for Ritesh Agarwal argued in Court on Wednesday that the contested 7% stake should be kept in escrow, which Zostel’s counsel asked for. A detailed hearing of the case is scheduled for October 7 after the judge declines the request.

Founded by Ritesh Agarwal in 2013 and competing with Airbnb, Fab Hotels, and Treebo, the company has overgrown since then.

In addition to Sequoia Capital and Lightspeed Venture Partners, it has operations in 35 countries, including India, Europe, and Indonesia.

Even though the company notes that the non-binding term sheet will be binding, the document includes several key elements like assets, value, etc., including commercials not addressed in the term sheet. It noted that only legal costs were awarded to ZO Rooms as damages, pointing out that “the award of specific performance of a non-binding agreement, which in itself has no financial details, is still subject to further litigation and likely to be challenged.

Halleluyah, we are entering the Post-Pandemic World : Are SMEs and Service Sector set for a Major Overhaul? Are Profits on the Horizon?