Policymakers And Stakeholders Should Be Aware Of The Resettlement Of Agniveers, Ex-Servicemen

Numerous issues have arisen from the Agnipath scheme. As a result of comments from commentators in multiple media and internal brainstorming sessions, Service Headquarters will have to deal with the issues raised in various forums. As the scheme is being implemented, problems range from operational considerations, training, and human resources to enrolment procedures, pay and allowances for battle casualties, and the retention of 25% in a transparent manner.

To address the issues, it is essential to first take input from all stakeholders, including youth aspiring to participate, veterans with experience and knowledge, and those in uniform. At an organizational level, there are many issues, such as operational, training, motivation, ethos, and way of life, and problems HR-related like recruitment and retention.

While reforms are always painful and create turbulence in an existing system, as Army Headquarters points out, they are the result of numerous studies carried out over the years, beginning with the Krishna Rao Study in 1975, the Arun Singh Committee, the Kargil Review Committee, and more recently the Shekatkar Report. A youth-friendly profile was discussed, among other topics.

Even though several Pay Commissions have discussed lateral absorption but have not implemented it, there has been no progress. Sixth Pay Commission stated, “While good compensation packages are essential to the morale and quality of officers and men in defense forces, getting them a lifetime career is also critical.” 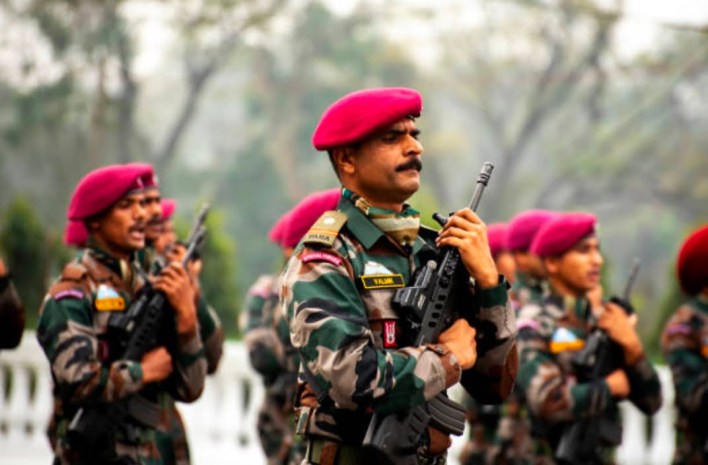 A joint and holistic approach to security expenditures was realized in the 1990s by the V CPC. There is a genuine concern about the future of pensions caused by an exploding retirement population. Thus, the report recommended 25% reservation in posts in groups’ C’ and ‘D’ at CPOs along with lateral transfers. After serving seven years in the Armed Forces, officers or men could laterally shift to CPO positions by forming a Joint Recruitment Board with officers and men from both communities.

As outlined in the VII CPC Report, the Services emphasized the benefits of moving defense forces personnel into CAPFs and DCOs to save on recruitment, training, and pensions. The Standing Committee on Defence also made similar recommendations. VII CPC noted that ESM recruitment was insignificant compared to other CAPF efforts.

Additionally, it noted that deployment of ESM was far short of published reservations within Central Government Departments and Central Public Sector Undertakings and Banks. In the opinion of the Commission, lateral movement is possible for all ESM, regardless of age and rank. However, this article covers how Agniveers need to seamlessly transition into a second career after completing their terms of engagement. This topic has been discussed and agreed upon at the highest levels.

According to Vice Chief of the Army Lt. Gen. BS Raju, the Army’s average age will decrease from 32 to 26 years with the new recruitment and retention model. Would this reform increase our competitiveness and the number of inexperienced personnel in the ranks and files of our armed forces? We require a young profile of soldiers for the Armed Forces. Thus most people only serve until 35 years of age. 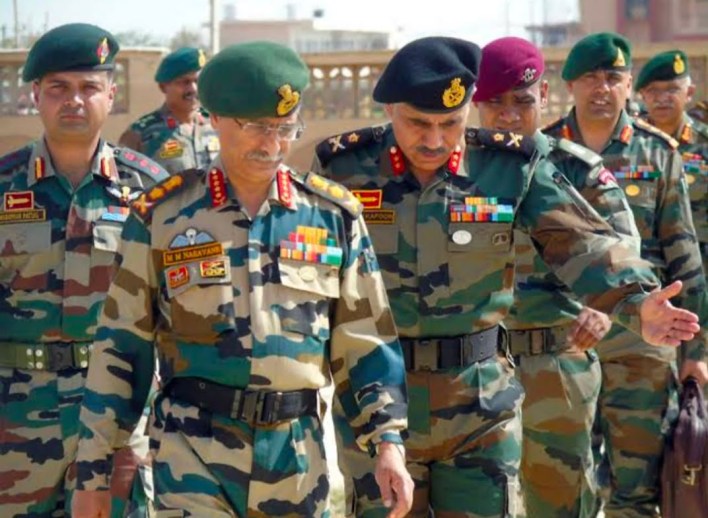 A total of 60,000 retirees retire each year, with approximately 45% retiring between 35 and 40 years old, and as a result, their children’s education is unfulfilled. There is no doubt that their domestic compulsions are at a peak, and they cannot easily make the transition. However, the exit at this age is purely driven by the ‘organizational interest’ and not by an ‘individual interest.’

Incidentally, in August 2019, the home ministry issued a directive fixing the retirement age for all CAPF personnel at 60 years in the wake of a January order of the Delhi High Court where it had called the policy of different periods of superannuation “discriminatory and unconstitutional,” and said it created two classes in the uniformed forces.

As retired Servicemen draw pensions at present, the pension bill has risen more than salary bills due to the increased life expectancy. As revenue expenditures have now exceeded capital expenditures, it is more cost-effective for the forces to modernize their equipment. Four years from now, 30,000 Agniveers will begin to retire without a pension or other benefits, including medically suitable jobs.

This is the challenge. Various policies exist about reservations and jobs at the moment. The Department of Personnel and Training first defined an ESM in October 2012. There is no such thing as an Agniveer as an ESM. Thus, neither the quotas nor social security associated with the ESM will apply. If Agniveers need to qualify for the reservations granted to ESMs, they will need to be included in this definition. 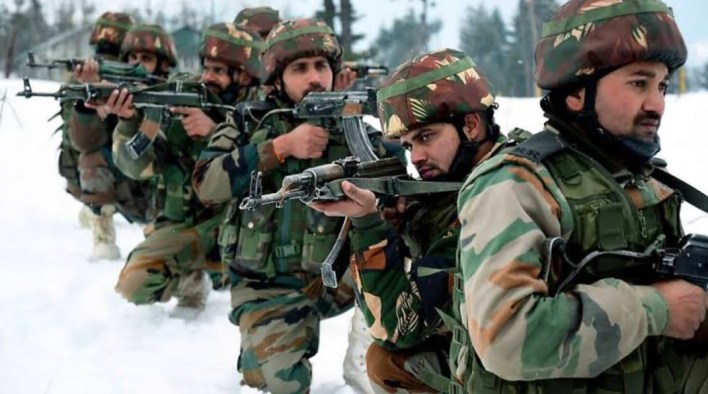 A suitable order can quickly fix this problem. As far as ‘Resettlement’ is concerned, it should address other issues immediately. There is a concern regarding the recognition of the Graduation Certificates issued by the Services. The DoPT circular currently considers a Class 10-12 pass soldier who has been in service 15 years or longer as a graduate.

Despite its acceptance by DoPT-governed agencies, it is not universally accepted. Accordingly, the Ministry of Education and the University Grants Commission must recognize all certificates issued by the Army to Agniveers, retirees, and other military personnel. The Army Graduation Certificate needs to be accepted by more people. CPCUs require NCVT certificates to hire technicians in technical posts.

To land a job at his resettlement site, he must be exempted from possessing a skill certificate or having his education recognized by the NCVT. To ensure skill certification and placement, in-service training will eventually need to be accredited and linked to employment after retirement.

Government agencies must also incorporate the skills acquired with ‘Skill India’ into the rules for recruitment. There are many issues related to the reservation in general. Only group A reservations exist for ESMs in government posts at the central level, up to the rank of Assistant Commandant in CAPF. A 10% reservation applies to direct recruitment posts in Groups’ C’ and ‘D’ of the Central Government. 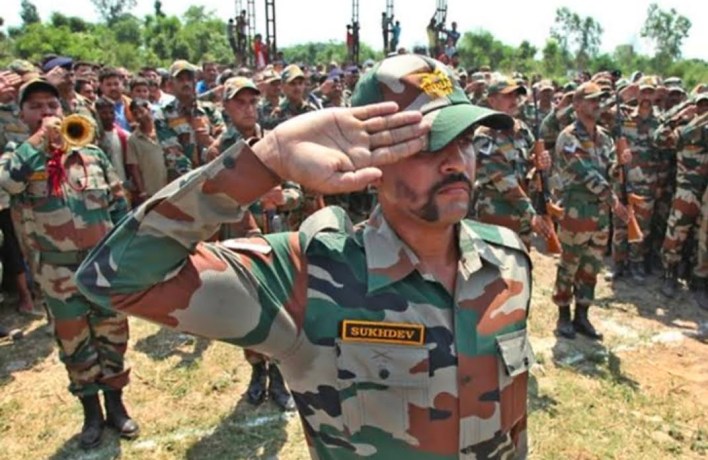 ESM disabled by war or dependent upon those killed in action receive 4% of this payment. For Group C and D posts, it is 14.5%, while for Disabled and dependent ESM, it is 24.5%. At nationalized banks, it is 14.5% and 24.5%, respectively. The 6 CPC abolished many Group D posts and upgraded some to Group C, but the vacancy numbers have not been revised upward.

Sadly, most of them remain unfilled, sometimes to 90%. Reservations require an individual to meet educational and other requirements to qualify for them. Most non-technical jobs require a competitive exam; therefore, ESMs find it difficult to prepare without professional coaching. In addition, these reservations are horizontal, not vertical.

A 10% reservation for ESMs means that among hundreds of vacancies, they would hire ten. Currently, vertical reservation applies to Scheduled Castes, Scheduled Tribes, Other Backward Classes, and General Candidates. In the case of horizontal vacancies, 10% is reserved for ESM within each category, so 10% of Scheduled Caste vacancies are allocated to ESM.

It is, therefore, called an interlocking reservation when a horizontal reservation crosses a vertical reservation. There must be a vertical component to the reservation. Resettlement Directorate – the agency responsible for identifying and determining the number of vacancies of ESM based on the permitted strength – conducts an exercise regularly.

These reservations, however, will remain promises unless regulatory bodies and an ESM commission monitor them is created similar to other similar commissions. The rehabilitation policies of each state and the number of ESM in the state vary, but most states provide reservations in government jobs.

Among the states/union territories with reservations in all the Groups from ‘A’ to ‘D,’ only four, Himachal Pradesh, Punjab, Karnataka, and Chandigarh, do. The remaining states have none. As the center and state are not adequately managing the ESM, research by Kannur University on ‘Manpower Utilization of Ex-Servicemen in Kerala’ revealed that the ESM is underutilized mainly, especially when they are at their most productive age. 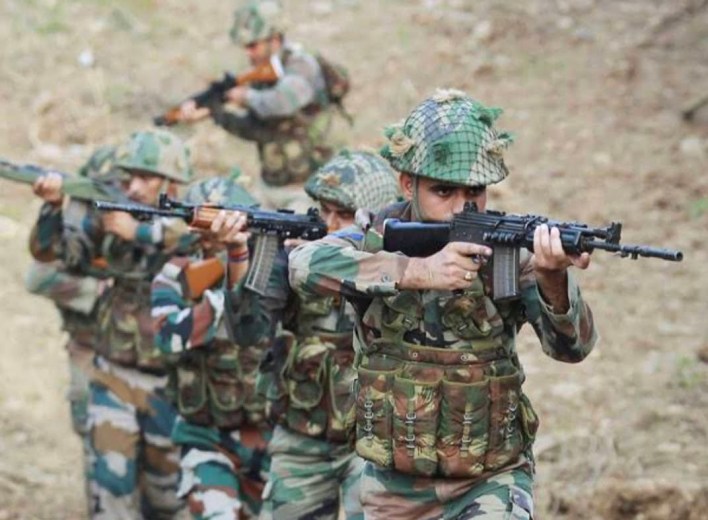 The CAPFs, defense PSUs, and other ministries have announced quotas, in addition to industrialists making commitments. These reservations for ESM have mainly remained vacant for a long time. As Giuseppe Di Lampedusa said in the Leopard, “Random thoughts, understood by few, appealing to none, but comforting to all.”

For a seamless transition, factors that shape the second career of ESMs, as well as their compatibility with Indian skill development programs, should be analyzed. ESM should be empowered to use their specific skills, experiences, and knowledge to build the nation beyond providing post-retirement careers. It is crucial to take advantage of the disciplined, well-trained, dedicated, and talented pools of personnel in this field.

DGRE and similar organizations within the other two services should seriously consider educational and skill development for them. Security guards cannot be the solution to the majority’s problems. The national cause of resettlement of Agniveers and ESMs needs to be communicated to various stakeholders and policymakers.

How Has PharmEasy Success Story made Ordering Medicines Simple?