We are witnessing trailers of future conflicts: Army Chief 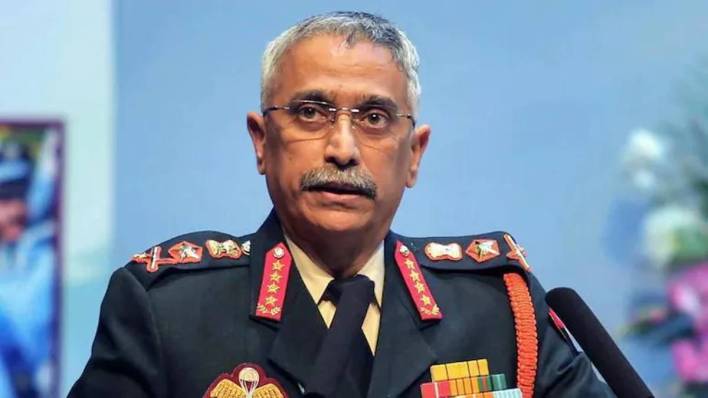 India is witnessing trailers of future conflicts and its adversaries will continue with efforts to achieve their strategic aims, Army Chief Gen MM Naravane said on Thursday delving into the national security challenges emanating from China and Pakistan.

In an address at a seminar, he said India is facing “unique, substantial and multi-domain” security challenges and that developments on the northern borders have adequately underscored the requirement of ready and capable forces with an optimal component of boots on the ground backed by modern technology to preserve the country’s sovereignty and integrity.

Without directly naming China and Pakistan, Gen Naravane said that the disputed borders with nuclear-capable neighbours coupled with state-sponsored proxy war were stretching the security apparatus and the resources.

He said the Army is focusing on “restructuring, rebalancing and reorienting” its forces and the process has already been initiated and that the force is committed to the theaterisation initiative to ensure tri-services integration.

“We are witnessing trailers of future conflicts. These are being enacted daily on the information battlefield, in the networks and in cyberspace. They are also being played along unsettled and active borders,” he said.

“It is for us now to visualise the battlefield contours of tomorrow based on these trailers. If you look around, you will realise the reality of today,” he said.

Gen Naravane said the developments in Afghanistan have again brought to focus the use of proxies and non-state actors to decisive effect. 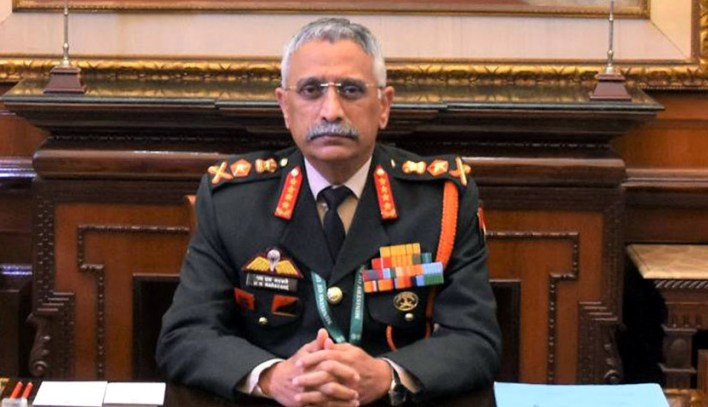 “These actors thrive on local conditions, innovatively exploit low-cost options to devastating impact and create conditions that limit the full use of sophisticated capabilities which are available to state,” he said.

The Army Chief said India’s adversaries will continue to make efforts to achieve their goals against the country.

“Our adversary shall continue with their efforts to achieve their strategic aims..sort of conflict by use of grey zone activities in the political, military and economic domains, and do so in a collusive manner,” he said.

“The events of 2020 have been testimony to the diversity of security threats in all domains and this has brought the spotlight towards non-contact and grey zone warfare. We need to augment capabilities in both non-contact and contact modes of warfare,” the Army Chief said referring to the eastern Ladakh face-off.

While highlighting the changing nature of conflicts, Gen Naravane, however, said that the ancient Indian wisdom on statecraft and application of force propounded many centuries ago remained “timeless and pertinent” even today.

He said that the armed forces have initiated an exploratory project of examining the ancient Indian wisdom and knowledge for contemporary security challenges.

In an oblique reference to China, he also said that some nations are challenging the globally accepted norms and the rules-based order.

This, he said has manifested in various forms that included aggression and opportunistic actions to change the “status quo” keeping the threshold below all-out war.

See also  The Hurun Global Rich List 2021 comes out with the World's Richest in the Year of the Pandemic; Some Fly High, Others Fly Higher!

On the ceasefire with Pakistan along the Line of Control with Pakistan, the Army Chief said it continued to hold “because we have negotiated from a position of strength.”

In a significant move aimed at reducing tensions, the Indian and Pakistani armies on February 25 last year announced that they would cease firing across the LoC while recommitting themselves to a 2003 ceasefire agreement.

Gen Naravane also said that the process of integration of three services through theaterisation is already moving ahead under a time-bound plan and the Indian Army is totally committed to this transformation.

“We are further consolidating our operational experiences to these changes and this shall remain a work in progress,” he added. 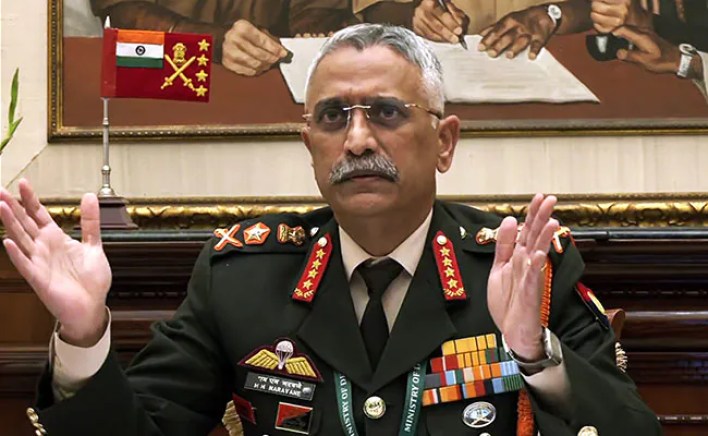 Talking about the importance of modern technology, the Army Chief cited last year’s conflict between Israel and Hamas, and said it has firmly underscored the power of artificial intelligence.

At the same time, Gen Naravane said that the subsequent mid-air interception of incoming missiles by the US and UAE forces is equally defining.

He said the military lexicon has expanded and traditional definitions have undergone a review.

“The concept of victory itself has changed as enduring success, especially against non-state actors, has remained elusive for most,” he said.

The Army Chief, however, said the hard power will continue to play an important part in future conflicts.

Highlighting the importance of achieving self-reliance in defence, he referred to India’s first Chief of Defence Staff Gen Bipin Rawat’s comments that “We would like to be an Army that fights and wins its wars with indigenous weapons and equipment. 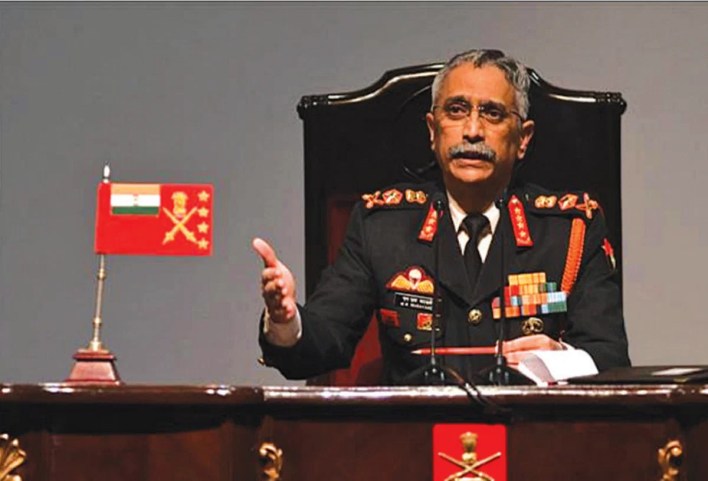