In every domain of business, improving performance over time is not only desired but also vital for existence. And it is expected from the aviation industry as well. And if it is visible that the organization is operating on a low-cost business module, then it becomes even more problematic.

Furthermore, when it comes to Indigo, the firm has been the subject of a lot of complaints and security breaches. And this is a major source of concern for India’s largest aviation industry by market share. As per the data analysts, on-time performance and market share are directly proportional to each other.

The increasing trend of IndiGo is followed by a narrative about its fall.

Indigo delivered an amazing performance in 2021, remaining the most trustworthy air service provider, in terms of punctuality, in 10 of the 12 months. However, in the last six months, the airlines’ on-time efficiency has dropped from 95.4% in February of this year to 84.1% in September. The deterioration does not stop there. According to the Directorate General of Civil Aviation’s monthly information, Indigo has failed to compete with its primary rivals AirAsia, Air India, and Vistara in the struggle for punctuality over the preceding six months.

Indigo has long been the king of the air in terms of market share, and the cause for its decline has been attributed to mitigating factors. The significant areas of issue, behind the disappointment towards the airlines, are expected to be congestion concerns at key airports, which are supposed to be Delhi and Mumbai, where the connectivity of airlines is the major one. Furthermore, and disappointingly, this situation of fault is not projected to change or improve very soon, which means that the airlines now bear the weight of correcting their efficiency with this critical element. 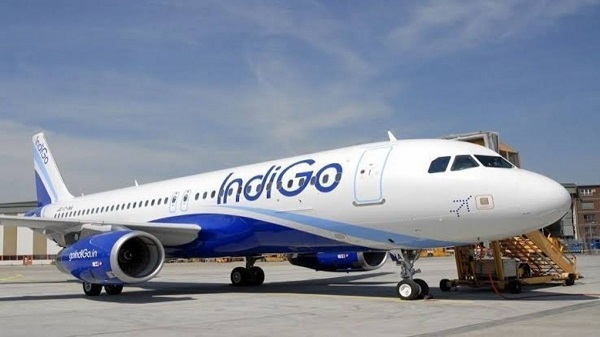 Scholarly review to back up the claim.

The aforementioned paper quotes a number of historical pieces of articles, where “Flight schedule delays are often recognized to be the primary cause of passenger annoyance. This compounds the previous issue by reducing efficiency, increasing capital expenses, re-arrangement of flight crews and aircraft, and ever repeating additional staff costs “. All of the aforesaid statements result in increased operational expenditures and prompt regular travelers to consider another airline, bearing in mind the possibility of delay. And, guess what, both of them are a source of concern for IndiGo. The apparent reasons for the decline of IndiGo Airlines.

Both the pandemic shutdowns and the Ukraine situation, which has soared fuel prices, have mercilessly tormented the aviation sector’s razor-thin profits. According to IATA estimates, jet fuel costs would have risen 45.7% over the previous year in October 2022. Even while daily domestic passenger traffic has largely returned to pre-covid norms, this has done nothing to slow the rapid rise in fuel prices.

The accounting results of IndiGo airlines indicate the contagious effect of skyrocketing fuel prices. The financial results show a net loss of INR 1583 crore in the third quarter of 2022, which is an increase over the previous year’s Q3. This is mostly due to rising fuel prices and increased foreign exchange losses. The presence of IndiGo is supposed to be challenged by the new player in the aviation sector, The TATA group.

IndiGo airlines benefited from the unavailability of a well-funded competition with a comparable network till now. To date,  IndiGo is taking the lead in terms of inexpensive fares, hassle-free service, and time performance requirements, which are assumed to be the dominant pillars of IndiGo airlines.

However, a simple glance at ‘The Art of War’ will convince Indigo airline bigwigs that allowing a competitor to get a foot on the ground can pose great danger.  The Tata Group has wisely prioritized timeliness, noting how vital it is for frequent passengers, particularly business leaders, to maintain a level of punctuality. And in such a case, it may cause an enormous amount of threat to the presence of the IndiGp airlines. The present scene from the skies.

Indigo has always been the fastest in terms of regaining lost ground, by maintaining its position to be the largest airline in the nation. It has always created a benchmark with its multi-year run profits, along with better efficiency as compared to its rivals in the aviation sector.  Not only that, it is actually supposed to be the cheapest airline by reducing its operating costs to the possible absolute minimum. However, this flaw of delayed flights, as traced by the TATA group, can be a major source of concern for IndiGo airlines. This flaw will not only target the reputation of the airlines in terms of punctuality but also create a challenging wave to its carefully engineered cost structure.

The TATA group most likely adopted the approach that- “The peak of expertise is to conquer the opponent without fighting.”After entering the airline sector, they did not actively challenge or posed a threat to any of their aviation competitors. Rather, they targeted the competitor IndiGo’s greatest potential, which has now been revealed as their worst problem.

The TATA group, very consciously, discovered that punctuality and timeliness of flights are important considerations for most travelers when booking plane tickets. In the context of IndiGo Airlines, this parameter came to light as a source of a problem.

Someone truly said, “Time is everything,” and the TATA group has tightened its belts in order to make this time work in their favor. Let’s see the fate of IndiGo airlines by the virtue of time. Nykaa shares increases by 20% in the first hour of trading when Norges Bank and Aberdeen snap up pre-IPO investors' shares.

Nirmala Sitharaman stated that the dollar is rising rather than the rupee falling.