The stock of Zomato is currently listing at a price that is 75% low as compared to its previous higher value. Due to this reason, the company has incurred a loss of more than Rs. 70,000 crore in just the last two days.

Last year, a number of market analysts foresaw Zomato’s current share price and cautioned investors that the company was being overvalued by the markets. One of them was renowned investor Rakesh Jhunjhunwala, who had called the company’s valuation “absurd” at the time of its IPO when the stock was valued at Rs. 76.

“Given that Zomato is currently valued at Rs. 1 lakh crore, when would Zomato receive 3,000 crores in cash (as profit)? Not investor checks, but that is what I want to know. According to history, valuations have never been sustained, starting with the railroads and the Tulip Boom, he had added. The company will need to generate Rs. 4,000 crores in profit before taxes, according to Jhunjhunwala, who added in jest that he hoped the company would reach that goal before he had grandchildren.

History and business style of Zomato

When Deepinder Goyal and Pankaj Chaddah discovered that their coworkers were having trouble downloading restaurant menus, they created Zomato in 2008 under the name Foodiebay. Their initial solution was straightforward: first for those in their office, then for everyone in the city, they put soft copies of menus from neighborhood Delhi restaurants onto their website. They enlarged their service to totally different necessary Indian cities as their quality increased, and in 2010 they changed the name of the business to “Zomato,” with the tagline-Never have a bad meal.

The business model of the company is based on-the-go services. By way of which, they are able to act with caffs on the platform. Moreover, they can also place orders for delivery as well as pickup. Over the years, the business changed from being nearly exclusively focused on advertising to becoming more and more focused on food delivery. In 2021, the business largely received its revenues from four sources:

1. Transaction Fees: The company keeps a portion of the overall order value for itself. Therefore the majority of its earnings come from food ordering and delivery on its platform. Their income share varies between restaurants, declining with restaurant reach and profile, but it generally stays between 20 and 25 percent of the gross order value. It is important to note that Amazon Food, a new player in the industry, seeks to take a lesser amount (about 10 percent) of restaurant revenues. Amazon Food is Zomato’s main rival in India and takes a comparable percentage of order revenues.

2. Advertising: Restaurants that want to be featured on Zomato must pay a basic price, but they can also spend more on advertising based on customer traffic and resetting revenues to increase exposure.

3. Subscriptions to Zomato Gold (Pro): The company also has a subscription service, Zomato Gold (now Zomato Pro), which entitles users to discounted cuisine and expedited delivery. The service was launched in 2017, and by 2021 it had 1.5 million or more subscribers, generating 600 million rupees in subscription sales (less than $10 million, or less than 5% of total revenues).

4. Restaurant Raw Material: The company launched HyperPure, a service geared toward restaurants, in 2018. It offers foodstuffs and meats that have been source-checked for quality. Direct measurements of HyperPure’s revenues are difficult to obtain. Still, based on the revenues the company reports under traded goods (which also contain HyperPure revenues), it appears that it represents roughly 10% of overall revenues. 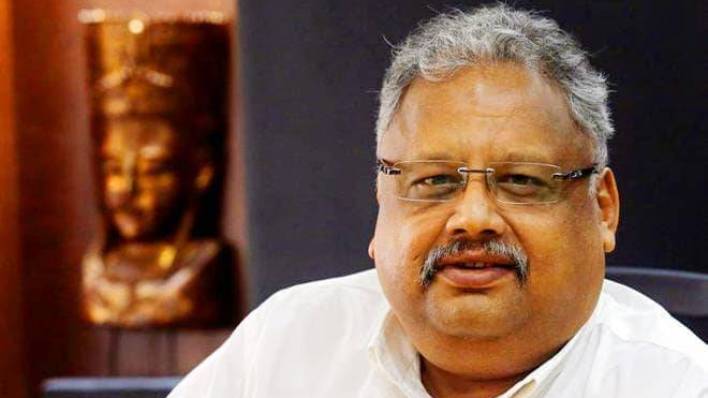 Ashneer Grover, the founder of BharatPe and a Shark Tank contestant from India, recently tweeted that Zomato’s stock would have risen to Rs 450 had it merged with Swiggy rather than Blinkit (ex-Grofers).

However, despite Zomato’s successful IPO debut last year, ace investor Rakesh Jhunjhunwala had issued a warning about all of this back in October 2021, which came before Zomato’s demise.

Jhunjhunwala, who is frequently referred to as the “Warren Buffett of India,” had spoken about Zomato at the India Today summit the previous year. One of the known investors is of the view that with time, the market excess will also correct.

Investors have been forewarned about the future of the company’s stock by the big bull. He stated: People will label me a fool if I suggest today that you shouldn’t purchase Zomato stock.

According to a Business Today story, Jhujhunwala had commented, in reference to the fervour surrounding the company’s stock, “We shall see in five years.” Bad news for Zomato, as the prophecy of Mr. Jhunjhunwala came true, and it also acted in the same way as he said. 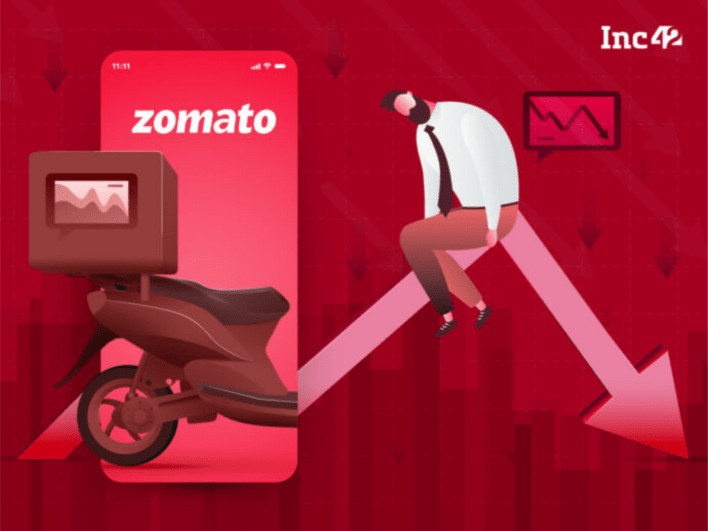 It came to know that, Zomato had granted its staff almost 4.66 crore shares from its employee stock option plan (ESOP) pool, each with a face value of Rs. 1.

The nomination and remuneration committee of the board of directors of the company approved the allocation of 4,65,51,600 equity shares with a face value of INR 1 each, as fully paid-up, to specific employees of the company and its subsidiaries upon exercise of vested options, Zomato stated in its note.