Ashneer Grover: Journey of the Former BharatPe Co-Founder and MD

Before being forced to leave and give up his responsibilities in the company on February 28, 2022, Ashneer Grover served as the managing director and co-founder of BharatPe. He and Shashvat Nakrani co-founded the business in 2018. They have transformed BharatPe into one of India’s most widely used payment apps in just four years. Ashneer Grover, the creator of BharatPe, was also spotted on the Shark Tank India reality show’s judging panel. His net worth is over 700 crore Indian rupees.

Ashneer Grover had a successful start in terms of schooling, job, and business, but he also encountered several obstacles along the way. Let’s examine Ashneer Grover’s life biography, from his early years and professional development to his latest conflicts and difficulties. 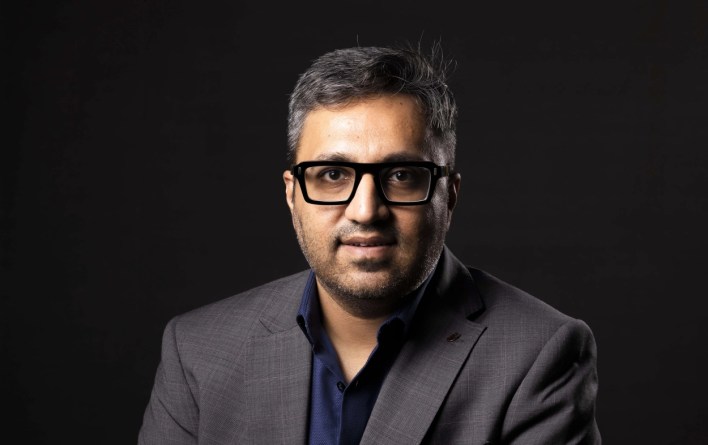 On June 14, 1982, Ashneer Grover was born in Delhi. His mother was a teacher, and his father was a chartered accountant. His parents had successful careers, so the family was doing well. He received his education from prestigious universities like IIT and IIM.

Madhuri Jain Grover and Ashneer Grover were wed. She is a businesswoman who runs Mauve and Brown, a furniture store in Delhi. Before being identified as one of the employees who were implicated in financial crimes and ultimately fired by the Board, Ashneer Grover’s wife, Madhuri Grover, oversaw HR, finance, and other internal operations at BharatPe. Two kids were born to the couple.

In Delhi, Ashneer Grover finished his education. The Indian Institute of Technology is where he later received his B.Tech (IIT). He was chosen for a student exchange programme with the National Institute of Applied Sciences, popularly known as INSA Lyon, in France while he was a student at IIT Delhi. It is one of Europe’s best and largest engineering schools.

In 2002, he relocated to INSA Lyon on a €6,000 grant from the French Embassy. Grover attended the India Institute of Management (IIM) Ahmedabad for his MBA in Finance after graduating from the IIT. In 2006, he earned his IIM degree.

Kotak Finance Banking chose Ashneer Grover through campus placements from IIM to be the Vice President. Since 2006, he has worked for Kotak for approximately seven years.

Ashneer started working for American Express (AmEx), a provider of credit card services, in the middle of 2013. Grover also made well-known startup investments for the Indian card network while in office. When American Express still employed Grover, the Series B investment in Mobikwik was made on their behalf. He was chosen to serve as AmEx’s Director of Corporate Development.

After leaving American Express in 2015, Ashneer joined Grofers, a startup created by his IIT Delhi classmate Albinder Dhindsa, as its chief financial officer. Grover, however, quit the business in 2017 as a result of not receiving the ESOP options that had been promised to him previously. The business is currently known as Blinkit.

Ashneer was hired by PC Jeweller Ltd. later that year to serve as the Head of New Business, a position he held for exactly one year. Then, in 2018, Ashneer Grover founded BharatPe, his own business. 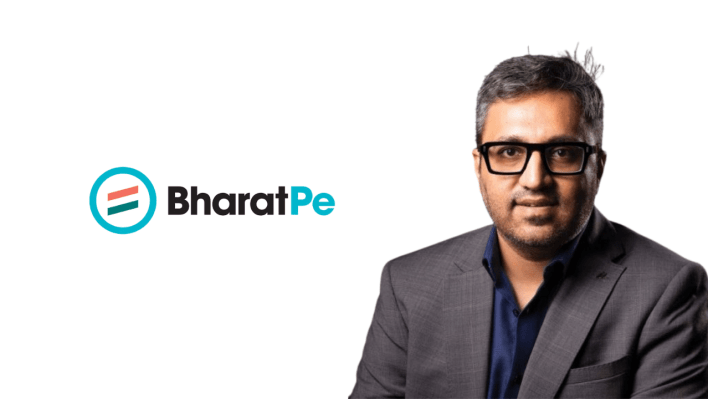 Ashneer Grover decided to launch his own firm after gaining 12 years of expertise through several employment experiences. He got the notion to launch a payments business while leading business development and payments at PC Jeweller. Ultimately, Ashneer and Shashvat Nakrani collaborated to start BharatPe in 2018.

Together, they created the fintech business from the ground up and expanded upon its primary offerings. Today, BharatPe provides:

According to one of Ashneer’s statements on the Shark Tank India programme, while BharatPe was a $30 million company, Google Pay made him a $50 million offer. Still, he declined to finalise a deal with the latter. Grover said he was destined for greatness, a goal that all aspiring entrepreneurs, founders, and CEOs should pursue. BharatPe is currently valued at over $3 billion.

Additionally, they received RBI permission for small company lending through Centrum Financial Services Ltd. Ashneer Grover made BharatPe one of the most popular payment applications in the nation by providing a wide range of services. However, he was forced to quit due to repeated charges and problems around him because of the financial irregularities connected to him that the company’s board discovered. On February 28, 2022, Ashneer Grover submitted his letter of resignation from BharatPe, bragging that he was still the company’s largest individual stakeholder.

Ashneer Grover – Starting up again with the Unicorn Dreams

According to reports from June 16, 2022, Ashneer Grover sought to launch another firm. He is expected to raise between $200 and $300 million for this endeavour. The former co-founder and MD of BharatPe are currently in the US and negotiating with family offices and other offshore players in private equity to secure the necessary cash. According to sources, Grover might also invest some of his own money in the venture before finally selling some of his BharatPe stock or raising money by selling shares of the new business. Additionally, it was mentioned that Grover’s 8.5 per cent share is worth roughly $3 billion and that there are buyers for the investment.

See also  Chinese banks write to FM, requesting the bankruptcy process for Reliance Infratel be expedited which began in 2018

When he was last reported in June 2022, Ashneer Grover had not decided which company or industry he would likely launch with his new enterprise. On the other hand, the former creator of BharatPe said on his 40th birthday that he would be returning to the business field and had hoped to create another “unicorn.”

On July 9, 2022, according to the Tofler data, Ashneer and his wife Madhuri Jain Grover had already founded the firm, which is known as Third Unicorn Pvt Ltd. Ashneer Grover and his wife will both serve as Directors for the firm, which will purportedly debut on July 6, 2022. The disclosed amounts for the authorised share capital and the total paid-up capital are each Rs. 10 lakh. 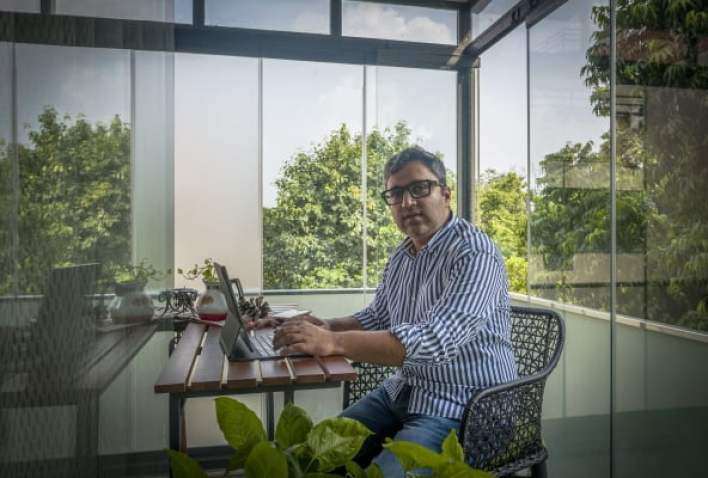 When BharatPe branded itself as nationalistic and its rivals as non-Indian businesses, the company caused an uproar. The business distributed leaflets mentioning these facts to the general public. As a result, the rivals sued BharatPe and reported the case to the RBI.

When PhonePe and BharatPe argued over the use of the word “Pe” in their respective names, there was yet another uproar. The Delhi High Court has received a complaint from PhonePe against the latter. Later, the same disposed of it.

Ashneer Grover was embroiled in a significant scandal due to a recent audio tape released on Twitter. Grover is accused of abusing language and threatening a Kotak employee over the matter of failing to secure Nykaa’s IPO shares.

The company’s board levelled accusations against Ashneer and his wife before this matter could be resolved. The board charged them with starting fraudulent transactions with nonexistent vendors. They disclosed incorrect bills as well.

He was compelled to leave the company and take a short leave of absence for three months due to the audio issue. The board asked that Ashneer Grover leave the company permanently when the financial irregularities were found. Grover then said he was content to step down from his position at BharathPe but would always remain a founder and stakeholder.

Ashneer Grover had harshly insulted Suhail Sameer, the CEO of BharatPe, who was under increasing pressure from the company to resign. He said that Sameer coerced and threatened him into leaving the business. Grover has also asked for a large settlement for leaving BharatPe, amounting to roughly Rs. 4000 crores. The board is reportedly not likely to agree with his claim that he owns 9.5 per cent holdings, which would be worth approximately the same amount.

Ashneer Grover had requested emergency arbitration from the SIAC, but the Singapore International Arbitration Centre rejected his request. He succeeded in convincing everyone that the board’s investigation was unethical. Before leaving the company, Grover also wanted his buyback, but the BharatPe investors turned him down. According to the BharatPe Board, Ashneer Grover resigned the same day he got the agenda for the company’s board meeting on February 28, 2022, which also included the PWC report on Grover’s conduct and covered the actions taken against him.

Grover stated that he and his family were “vilified” and compelled to resign immediately on February 28. Despite this, Grover insisted that he would still be the company’s single largest stakeholder.

Regardless of how successful you are, conflicts and challenges are a natural part of life, as Ashneer Grover’s story illustrates. Who you are will be determined by how you handle them.

Despite the charges brought against him by the board, Ashneer Grover’s time and effort in building BharatPe are indisputable. While the Ashneer Grover debate indeed kept the startup community, BharatPe Board, the media, business professionals, and others interested for more than two months, what really has us all hooked is what Grover has planned for the future. A man of his calibre would undoubtedly have intentions for both his own personal profit and the startup ecosystem.