Save On Apple With The Best Sales And Deals This July

The beige Macintosh computers are an iconic part of the history of computers. If you were lucky enough to use one in the past, you might still be using one today. Nevertheless, Apple’s mobile devices are more well-known today since we live in an age of wireless devices. It’s no secret that Mac products remain popular, but the brand’s products aren’t cheap, whether they’re iPads or MacBooks.

The first thing you shouldn’t forget if you’re an Apple fan is that the company’s products are well worth the premium you pay – and just because you love great design doesn’t mean you can’t also appreciate a great deal. Here are some of the best Apple deals we have hand-picked to help you find the one:

AirPods – which launched the wireless earbud revolution – more than made up for Apple’s decision to remove the 3.5mm headphone jack from its devices. AirPods have been updated a few times since then, and the AirPods Pro is Apple’s best wireless earbuds. If you’re an Apple fan, you may already own an iPhone and an iPad, so these are your earbuds. 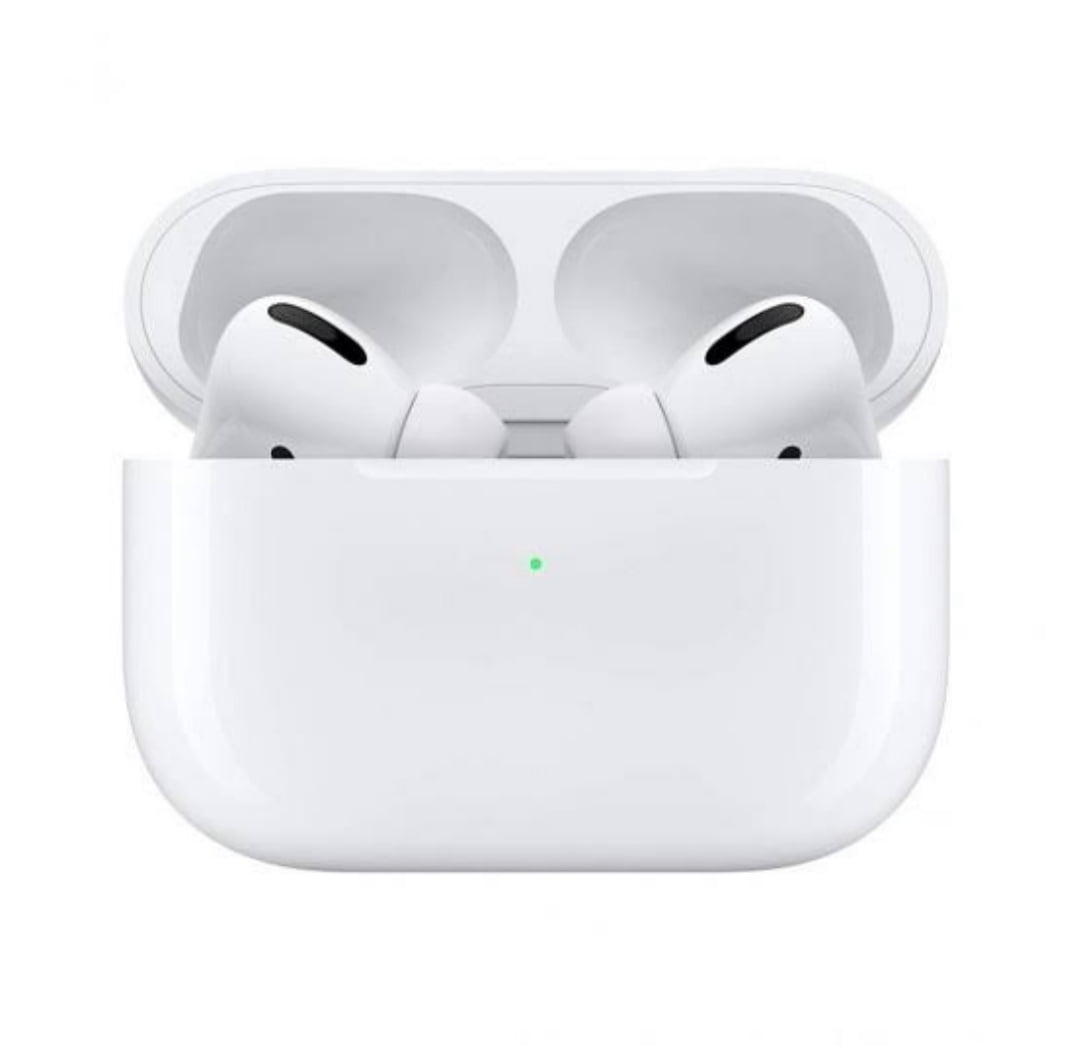 In addition, these popular earbuds have been available for some time, so you can always find a good deal. Unless you have a huge budget, we recommend that you opt for the AirPods Pro if you can’t afford the standard AirPods. In the ear, they feel comfortable, have fantastic sound quality, and work well with noise cancellation.

Apple Watch is one of the largest watchmakers in the world today, thanks to its widespread popularity, even though smartwatches never overtook smartphones. Last year, Apple released the excellent-but-expensive Apple Watch Series 7, the latest version of its WatchOS-powered smart wearable. A great set of features, such as an always-on display, excellent software, and a robust health and fitness tracker, make the Apple Watch Series 7 a refinement of everything we loved about previous models. 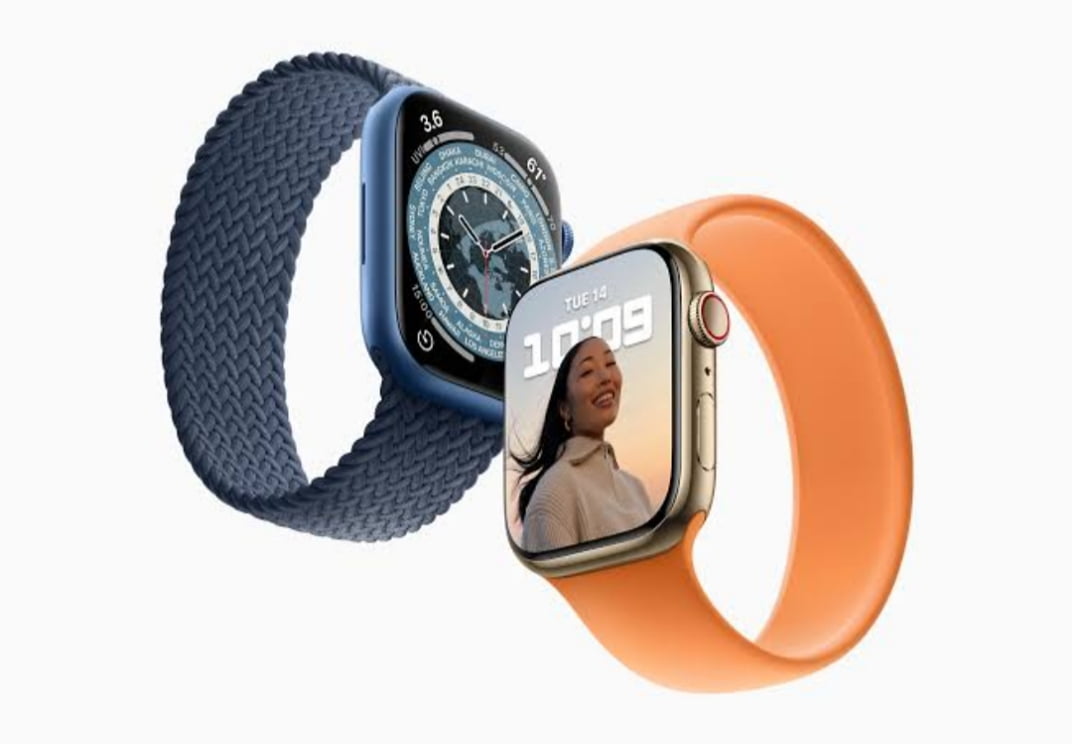 With a larger screen than previous models, the Series 7 does not feel too bulky on the wrist as its sleeker case with slimmed-down bezels accounts for most of that screen increase. There is also a noticeable improvement in the durability of that case. With the Apple Watch Series 7, you can take a fitness tracker wherever you go, whether working out or going for an outdoor adventure.

With WatchOS, you can easily sync your device with other devices and receive notifications. Even if you do not own any other Apple products, the Apple Watch Series 7 is an excellent and fully-featured wearable if you use an iPhone and iPad. A modest discount can be had through ongoing Apple deals.

Apart from incremental hardware changes, Apple’s new iPad Mini for 2021 doesn’t do anything to reinvent the wheel. It’s okay with us, given these tiny tablets’ quality and value. IPads tend to go on sale fairly frequently, so you’re never really out of luck if you want to purchase this compact powerhouse for a discount. 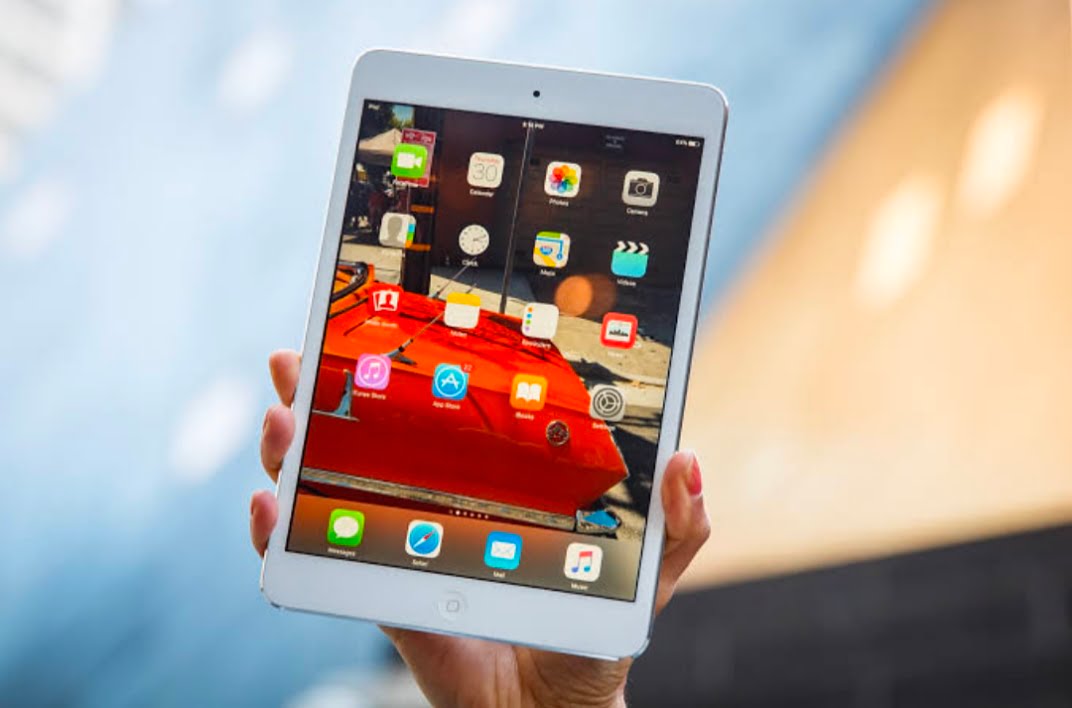 It features the new A15 Bionic chip, a great design, and solid build quality. When the iPad Mini 2021 launched last year, we praised its reliable hardware performance. The new Mini hits a nice spot between portability and utility with a display that’s just a bit bigger than its predecessor (to 8.3 inches from 7.9 inches).

Despite its size and weight, it’s small enough to carry around all day without bothering you, and it’s big enough to take care of most tasks you’d perform on a tablet, excluding creative work. Due to its affordability compared to other Apple devices with higher prices, such as the iPad Pro line, the 2021 iPad Mini is a much easier sell. You should consider it if you are looking for something more significant than a smartphone, but not as large as the standard iPad (10.2-inch or more), and because of the Apple deals, you can get it now for a great price.

Would you like to experience over-ear headphones of Apple’s quality? This is where you’ll find it. As of December 2020, the AirPods Max had taken over the audio world. Soft mesh is used on the cups and the overhead strap, making the headphones very comfortable, if a bit heavy. Their beauty is breathtaking. There is no doubt that Apple knows how to make a beautiful product that exceeds the brand’s previously high design standards, thanks to the sleek metal ear cups. 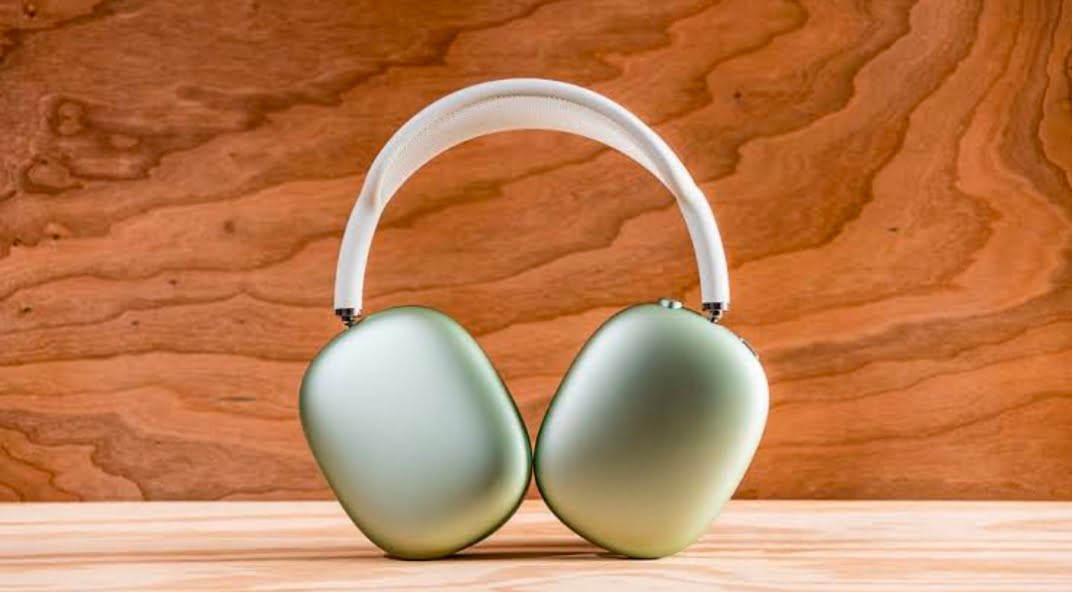 You shouldn’t just focus on the visuals. Thanks to the transparency mode, it sounds like you’re entirely wearing headphones without any noise cancellation. Using transparency mode headphones, you can interact with and hear the world around you (like when someone speaks to you).

The system allows you to toggle between total immersion and complete situational awareness at the touch of a button. Besides MacBooks, iPhones, and Apple Watches, AirPods Max sync perfectly with other Apple devices. You will not regret buying AirPods Max if your existing Apple products don’t give you the desired immersion. They are expensive, but you can reduce sticker shock a bit right now with ongoing Apple deals.

In an era when laptops are getting smaller and smaller, the MacBook Air is almost redundant. On the other hand, it does its job very well as it stands. With its super-slim MacBook Air laptops, Apple paved the way for ultraportable productivity with its legendary MacBook Air. Apple’s latest MacBook Air M1 now comes with a stunning new M1 CPU, 8 GB of RAM, and a 128 GB solid-state drive. 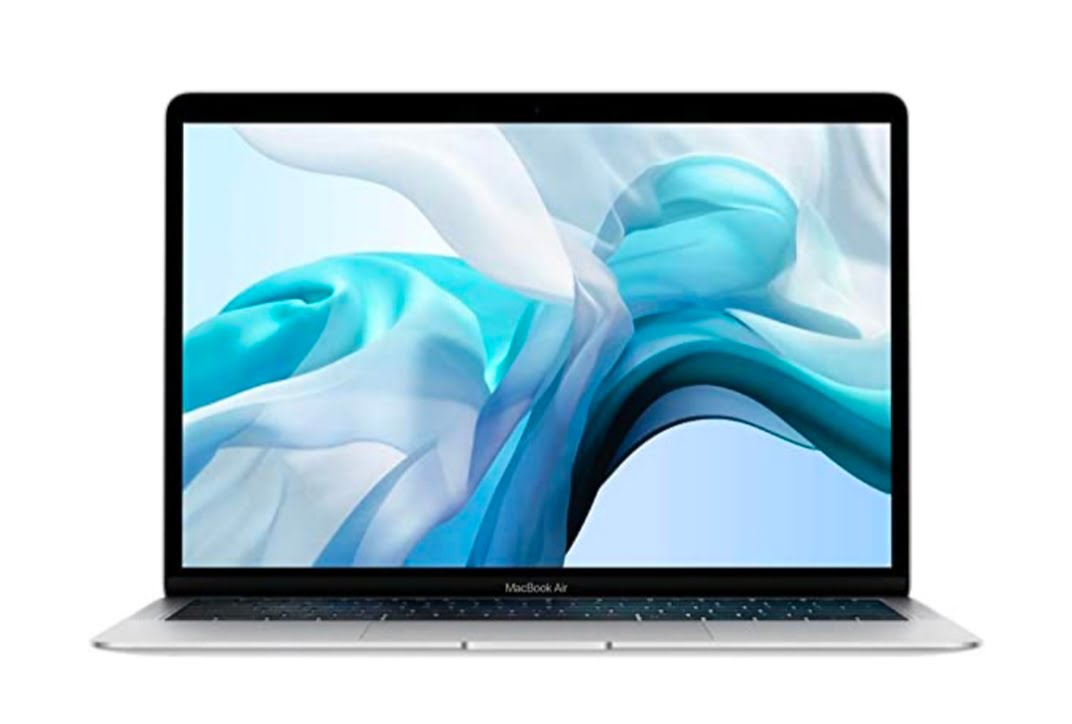 Even without cooling fans, the M1 CPU provides snappy performance without detracting from thermal efficiency. This MacBook Air M1 does not have fans. This ensures whisper-quiet operation throughout the day and a pleasant, calm environment. The MacBook Air has long-lasting battery life thanks to its M1 chip, which is also energy-efficient.

A full day’s work can also be done comfortably on the excellent keyboard and touchpad. Despite these Apple deals knocking a bit off the usual $1,000 price tag. Initially, we weren’t thrilled about the Intel Core MacBook Air’s launch price, but it’s now much more attractive thanks to its M1 CPU.

A new chipset for the iPad Pro tablets was also released in May of 2021, along with the M1 upgrade for Mac computers. In addition to being a 2-in-1 laptop paired with a good keyboard case, the Pro is still the most powerful tablet in the iPad lineup, but with the M1 CPU, things get exciting. It features an 11-inch or a 12.9-inch Liquid Retina display, with the 12.9-inch model featuring mini-LED technology just like the fourth-generation iPad Pro. 5G connectivity, an increase of 8GB from 6GB to 16GB in memory, and Thunderbolt 3 and USB 4 connectivity are also part of the 2021 iPad Pro. 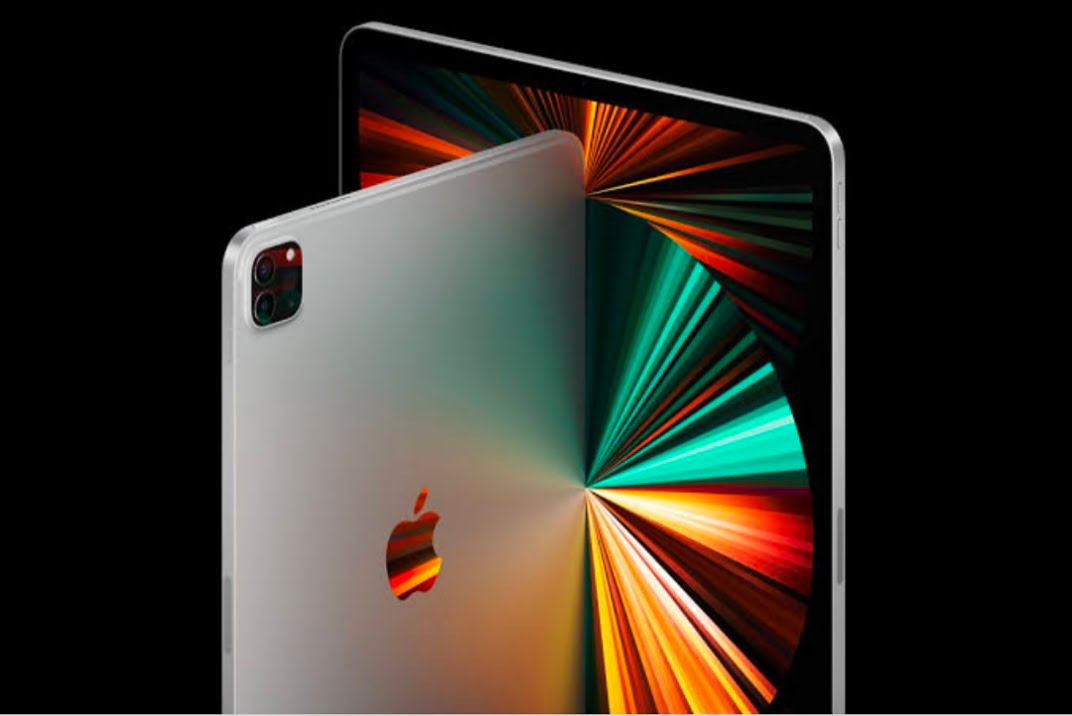 Also included is 128GB of storage. You can quickly turn this laptop into a 13-inch 2-in-1 laptop by adding a keyboard case, such as Apple’s Smart Keyboard Folio or Magic Keyboard. Undoubtedly, Apple’s tablet is its “do it all” device. Apple’s fifth-generation iPad Pro is the most expensive tablet in the line, but it also comes with some of the best Apple deals when available, probably due to the introduction of the new M1 CPU. A perfect iPadOS experience is what you’ll find here. 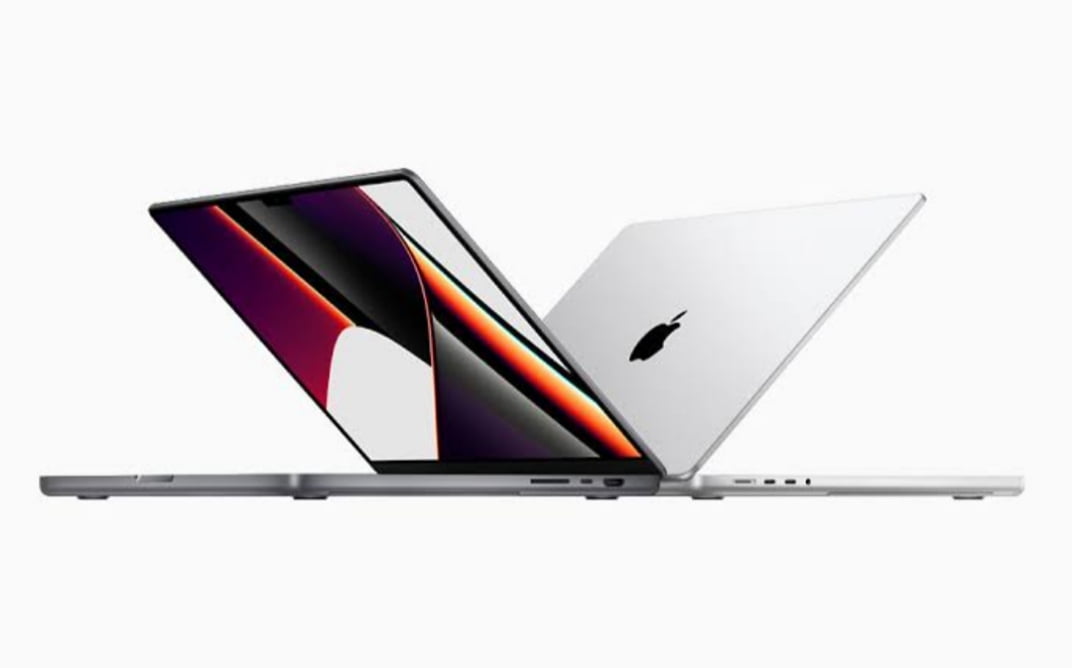 This Macbook Pro M1 has a bit more cooling capacity than the MacBook Air with M1 CPU – the M1 processor in the Pro outperformed that in the Air by about 10% in our benchmark tests – but it remains fanless. The MacBook Pro was quiet and calm during our tests, and we barely heard the fans spinning up. Because of the M1 CPU’s high energy efficiency, the laptop lasts a long time on a single charge. There is also the (in)famous Touch Bar on the MacBook Pro, which some love and others dislike.

When are the best Apple deals?

Discounts on Apple products are sometimes scarce because Apple keeps retailers on a tight leash. There’s no escaping this sad fact, which Apple fans are all too familiar with. Despite this, some items such as AirPods and Apple Watches are frequently on sale. Apple products like iPhones and MacBooks, which are more expensive than other devices, often have fleeting deals. Black Friday and Prime Day are also less popular with Apple than other brands. Best Buy, Amazon, or brand outlets such as Dell and HP are more likely to offer big sales than the online Apple Store.

The blowouts often offer deep discounts on highly sought-after items, so look for them during these times. Online retailers (Best Buy, Amazon, Walmart, Target, etc.) carry the most frequently. However, you’ll want to have a quick trigger, as inventory is often limited during these events. After Apple releases a new device, it is probably the best time to look for Apple deals. There are some fantastic discounts on last-gen models when Apple launches new products in the spring and fall.

Apple watches and AirPods, which are usually on sale more often than flagship devices like iPhones, iPads, and MacBooks, aren’t on sale as frequently. New models are often priced $100 lower than last year’s when they’re released. The new gadget will likely be obsolete within a year or two, so that’s a great way to save cash.

Why do Startups fail in 2022? Reasons And How Entrepreneurs Can Avoid It