Elon Musk may have changed his mind about buying the Musk-Twitter deal, but the company’s stockholders are still on board. Almost all of Twitter’s shareholders voted in favor of the social media giant’s agreement with Tesla CEO Elon Musk to purchase it for $44 billion. Can the shareholder decision be considered a green signal for the contract to finalize, despite Musk’s intent to terminate the deal?

The matter of the Musk-Twitter deal

According to preliminary voting results, a majority of Twitter shareholders voted in favor of accepting the Musk-Twitter deal regarding the purchase of the social-networking business. Musk proposed in April and has subsequently attempted to withdraw it. Twitter’s board of directors, together with two renowned consulting firms, had urged investors to approve the purchase. Following the vote, the company’s shares were slightly altered and finished at $41.74, significantly below Musk’s suggested price. What was Musk’s proposal in the Musk-Twitter deal?

Musk made a bid of $54.20 a share for the firm in April, before a huge market drop caused by record inflation and continuous geopolitical turmoil that has sent economies throughout the world into a tailspin.

Scene from the Board of Directors meeting room

The tally special shareholder meeting lasted 7 minutes, with voting available for around 3 minutes. Investors may also vote many weeks before the meeting, and Twitter sent out multiple messages encouraging them to do so. According to the corporation, 98.6% of the votes cast supported the Musk-Twitter deal. As per two people familiar with Musk’s decision, Musk, Twitter’s largest shareholder, did not vote at all. 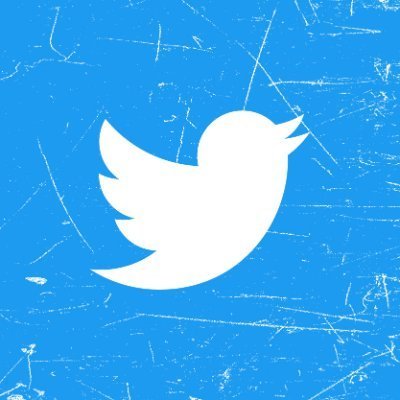 The Episode from the Courtroom

While investor approval was necessary to conclude the Musk-Twitter deal, its completion is far from certain. Musk canceled the arrangement in July, saying that Twitter deceived him about the size of the company’s user base as well as the number of bots and spam accounts. Twitter rejects the allegations and has sued Musk in Delaware to compel him to finish the deal. Musk then filed a counter-suit against the corporation.

For weeks, lawyers for Musk and San Francisco-based Twitter have fought over witnesses, evidence, and even the court date. The trial has been scheduled for the week of October 17 in Delaware Chancery Court. From Twitter’s standpoint, Musk just required a shareholder vote to approve the purchase to proceed. Musk disagrees and has asked the firm for further valuable data.

Why and how Musk is trying to withdraw?

Musk originally agreed to acquire Twitter for $44 billion in April. However, Musk’s lawyer has sent multiple letters to the Securities and Exchange Commission, the most recent of which was dated last Friday. The lawyer sent termination notices in July and August, and wrote that the most recent letter was “not legally required,” but he was sending it “if the July 8 Termination Notice or the August 29 Termination Notice is determined to be invalid for any reason.”

Musk intends to argue that Twitter withheld critical information regarding its internal operations, such as an alleged undercount of spam and bot accounts on the network and information revealed by former Twitter security chief Peiter “Mudge” Zatko.

What is Twitter’s stand in the Musk-Twitter deal?

Twitter has claimed that less than 5% of monetizable active accounts are spam or bogus and has stated that it has delivered Musk with ample information to satisfy the terms of the agreement.

The corporation has sued Musk to finalize the transaction, with a hearing scheduled for October. Twitter’s lawyers claim Musk’s grounds for pulling out of the transaction are “invalid and unjust.” Twitter will move forward with the deal nevertheless, claiming that Musk’s criticisms are just an excuse for walking out.

What did the whistleblower say with respect to the Musk-Twitter deal?

According to Peiter “Mudge” Zatko, the corporation is unclear about what data it possesses and how to safeguard it, putting profit ahead of security.

Zatko, a well-known cybersecurity specialist, told the Senate Judiciary Committee that Twitter’s leadership was “misleading the public, politicians, regulators, and even its board of directors.”

Twitter refutes Zatko’s assertions, describing him as a disgruntled former employee who was sacked due to poor performance.

However, many of Zatko’s statements are regarded to be unsubstantiated and appear to have little factual evidence. In any scenario, if the court concludes that Musk failed to conduct the requisite fact-checking for such a high-level commercial transaction, the evidence may be nullified in the Musk proceedings.

Meanwhile, Zatko’s disclosures are expected to spark the curiosity of regulators and politicians, with members of Congress asking inquiries this morning.

Soon after his legal claims were made public, Musk addressed Zatko’s concerns. He now claims that Twitter is a faulty product that committed fraud by concealing such obvious faults.

If Twitter wins the lawsuit, the court might require Tesla’s CEO to pay billions of dollars to the company — or even order him to finish the deal. Or will the musk successfully pull out of the contract, giving the firm billions of dollars in losses? Only time can reveal what the next action will involve in the epic Twitter-Musk Saga!!