The new regulations imposed on OTT platforms, intermediaries, and other news providers on the internet have caused a stir among the people. A regulatory mechanism for online entities was long overdue. With various cases highlighting the evils of social media and the internet, the planning for a regulatory body was well underway.

There is no doubt that the internet can be a brutal place. At the same time, it is considered to be a safe space for people to express their views without much fear(maybe, not anymore).
The need for regulations arose due to the fact that every kind of media, may it be print or electronic had a regulatory body overseeing it, except OTT platforms and social media. With these regulations, the ‘Dream Run’ for tech giants in India will be over.

The most important feature of the recently announced media regulations is the three-tier Grievance Redressal System.
It lays out that a grievance if addressed, should be registered within 24 hours while the ultimatum for redressal is 15 days. If the content is in any way found to be derogatory to the dignity of the individual, it should be taken down within 24 hours.
In addition to this, the platforms/ intermediaries have to produce a monthly compliance report which lays out the number of grievances as well as the ones that were redressed.
The government has asked the global platforms to keep three compliance officers who should be based in India.

With increased emphasis on the fact that media should regulate itself, a Self Regulatory Body for OTT platforms will be formed, which will be headed by a retired Supreme Court Judge. The body will comprise 8 members representing 8 different ministries of the government. It will be able to lay down guidelines in accordance with Article 19(2) of the Indian Constitution and Section 69(A) of the IT Act.
The OTT platforms have also been asked to divide their content based on age into 5 categories.

Another striking detail is that the government or the regulatory body will have the right to demand the platforms to disclose the identity of the originator of an unlawful message/ content. The intermediaries will also be asked to remove inflammatory, insulting, derogatory, pornographic content from the platform by the government. Moreover, any content which is deemed to be a threat to the unity, integrity, sovereignty, security, defense, or friendly relations with other countries will have to be taken down within 24 hours of receiving the notification.

There are Emergency Measures too laid down to aid the government to take quick measures under certain circumstances. For this, a review mechanism will be set up according to the Telegraph Act. It will be headed by the cabinet secretary for the Government of India and the Chief Secretary for the state governments.

Every rule has two sides to it. Which side you tilt towards is based on your understanding and interest. However, it is important to ponder on both sides of the fact before coming to a conclusion.

What the government has to say:

Ravi Shankar Prasad, IT Minister, during a press conference recently said, “Internet may not be a fundamental right but the freedom of expression is. Any fundamental right under Article 19(1) of the constitution is subject to Article 19(2)”.
It wants to provide a level playing field to everyone, because until now, while all the other media was regulated, social media was not. This provided an unfair advantage to these platforms.
According to both the IT Minister and the Information and Broadcasting Minister of India, the government aims towards a ‘soft touch oversight mechanism’ with these regulations. They say it does not want to interfere.
The ministry is of the opinion that double standards displayed by these platforms are unacceptable. While these platforms supported Police action during the riots at Capital Hill, they scorn police brutality at the Red Fort on 26th January, which is a national symbol of India’s sovereignty.

Another argument is about the fact that these platforms call themselves intermediaries because all the data is user-generated. However, they do exercise post-filtration over the content uploaded. Prakash Javadekar, IT Minister, says that any media which can exercise filtration should come under the umbrella of Publishers and have no right to call themselves ‘Intermediaries’.

Another disappointment that the representatives of the government expressed was about the ‘double-edged hypocrisy’ of these social media platforms. Whenever the I&B Minister called for a meeting and asked the social media platforms to come up with a self-regulatory mechanism, the tech giants did not respond. Hence, the government had to make a decision. In contrast, if it was Europe or America which called for these regulations, the companies would have responded within the stipulated time. This is an insult to the sovereignty of the Indian State.

The Argument of the stakeholders: 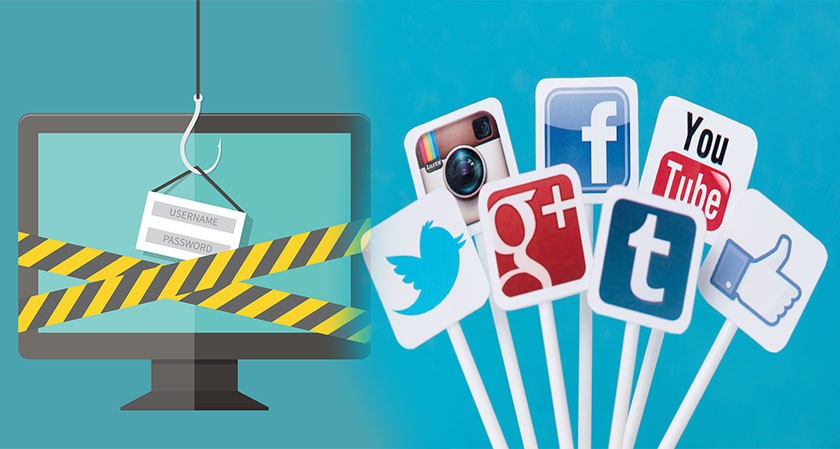 The first and foremost issue expressed by the concerned parties was that this rule is clearly in violation of the Freedom of Expression, whatever the government might say in its defense. Internet will no longer remain a space for free expression of thought. There is a debate that these regulations will curb the creative license of these platforms. The fact that OTT platforms delivered some grave truths in the form of enjoyable content cannot be denied. This independence and creativity can be gagged with the implementation of these rules. Data Protection Rights of the citizens will be clearly violated, although there is no well-structured law for it, in this country.

The decision that the government should be provided with names of ‘originators’ of a particular content is a breach of Privacy and clearly against the Privacy Policy of most of these platforms.
Moreover, it will become a technical hassle to the tech giants. For instance, WhatsApp messages are end-to-end encrypted, which means not even the company can read these messages although there might be alternate provisions for it. This means that the company will have to store great amounts of data within its servers, to be able to comply with the government’s needs.

Several Digital News portals have expressed displeasure towards the way the rules were formulated without consultation with the stakeholders. This seems to be a routine followed by the government. To this, the reply of the I&B Minister was that there is an end number of digital news providers and tracking all of them down is an impossible task. He seems to be of the opinion that putting up the guidelines on the website of the ministry and garnering 177 comments is all the dialogue and consultation that is needed.

The Self Regulatory Body that will be appointed seems to be putting unfair accountability towards the OTT platforms. It looks like it is penalizing the OTT platforms for the content they share with the public. This can be half right and half wrong depending on the situation. Since the regulatory body will be composed of representatives from the ministries, there is fear that the regulation will be based on what the decision-maker thinks.

Although the government says that it wants minimal interference, there is a lack of institutional mechanism against content on OTT. A burning question is ‘Who decides whether the content is against the country’s sovereignty, insulting or inflammatory? What is fake news to some might be the untold truth to the others? “This question transcends from the point of regulatory control to the matter of invasion of privacy”, says Mukul Rohatgi (Former Attorney General)
Giving the decision-making power to a body that can be easily controlled by the government seems unfair.

In conclusion, it can be said that this matter is not completely black or white. For instance, the issue of disclosing information about the originator of content might be useful in terms of defense and protection of women and children against abuse. At the same time, it can easily be misused by the state to curb people who speak against the government and its policies.
It is true that some amount of regulation is needed to level the playing field for all. However, these regulations should not trench the rights of the citizens.
The issue of effective implementation of any rule has not been a strong suit of the various governments that have been in power. However, the eventual implementation of media regulation can be potentially problematic.
One can only hope that the regulations will not curb the right to free speech of the people but will defend the citizens from perpetrators of crime and fraud.