‘They are polarising India’: Ex-RSS worker explains why he filed an affidavit saying VHP and RSS set off bombs

As of August 29, Hindutva organizations were holding bomb threats against the BJP to help it win elections, according to a sworn document he filed at the Nanded sessions court.

An ex-Rashtriya Swayamsevak Sangh (RSS) member claims that the group, together with its offshoot, the Vishwa Hindu Parishad, planned a number of bombings in the 2000s to aid the Bharatiya Janata Party in winning elections. Numerous Hindutva organizations, including the current government’s BJP, have the Rashtriya Swayamsevak Sangh as its parent organization and ideological pillar.

These accusations were made by Yashwant Shinde, who claims to have been a part of the RSS since 1990, in a sworn declaration before the Nanded Sessions Court on August 29. Shinde has requested that he be allowed to testify in the Nanded bombing case. Two persons were killed in 2006 in Maharashtra’s Nanded district after a bomb they were reportedly trying to construct exploded, one of them was a member of the Bajrang Dal, the youth wing of the Vishwa Hindu Parishad.

In his declaration, Shinde claimed that the device was being manufactured to assault a mosque in the state’s Aurangabad area.

Himanshu Panse, one of the two men who died, was a longtime friend and fellow traveller in the Hindutva ecosphere, according to Shinde, who claimed to have knowledge of this. The affidavit states that Panse worked for the Vishwa Hindu Parishad. According to the affidavit, Shinde allegedly sent Himanshu and his seven associates to Jammu in 1999 on the orders of Indresh Kumar, a top Rashtriya Swayamsevak Sangh official, “where they got training in contemporary weapons from the Indian Army jawans.”

At the Shankaracharya temple in Srinagar, in about 1998, Shinde was accompanied by Indresh Kumar and the late Srikant Joshi, a top RSS pracharak.

He and Panse attended a “bomb-training camp conducted near Sinhgad in Pune” four years later, in 2003, according to Shinde.

According to Shinde’s affidavit, the following events are said to have occurred at the camp:

The aforementioned Mithun Chakravarty will go to the camp around 10 a.m. and would take charge of the various groups’ training for two hours. The training participants received supplies such as three to four different types of explosive powders, parts of pipes, cables, lamps, watches, etc. for making bombs. Following the training, the organizers drove the participants to a remote wooded location to test the explosives by simulating explosions. The bomb with the timer would be placed in a shallow pit dug by the trainees, covered with dirt and large stones, and then the explosive would explode. Their experiments went well. There were large explosions, and the boulders were hurled a great distance.

When contacted for comment about these accusations, neither Parande nor Anand gave a response.

Allegations match the charge sheet from the ATS 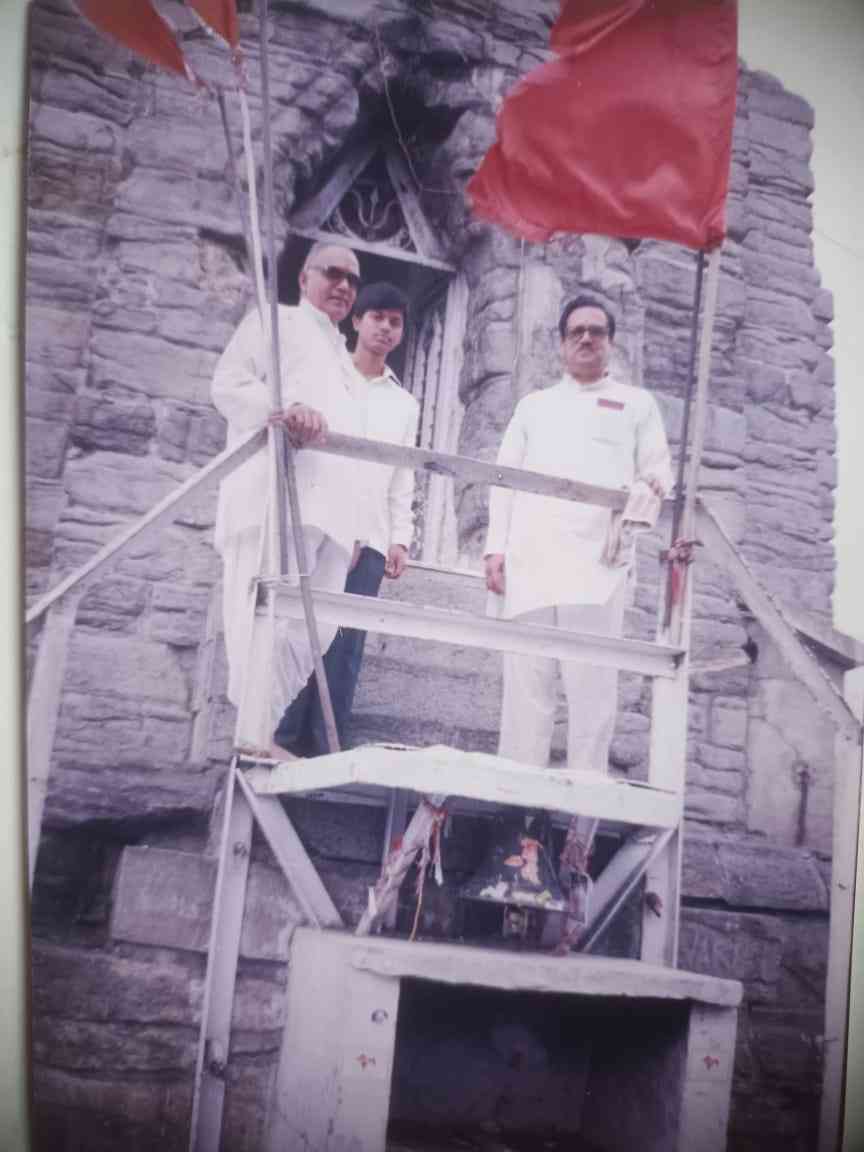 However, “after the training, Himanshu had produced three bombs in Marathwada district of Maharashtra,” according to Shinde, despite his best efforts to stop Panse from carrying out any explosions. He said that “he had the plot to produce a large blast in the main mosque in Aurangabad and he lost his life in Nanded in 2006 while building a bomb for that attack.”

A large portion of the allegations made by Shinde in his affidavit is included in the case’s initial charge sheet by the Maharashtra Anti-Terrorism Squad. According to the charge sheet, Panse attended a resort in Sinhagad, close to Pune, in 2003 to receive pipe bomb building instruction from Mithun Chakraborty.

A former Navy officer from Pune named Sanatkumar Ragvithal Bhate is also said to have informed the anti-terrorism team that Parade wanted him to “train his activists in the use of gelatin sticks at a camp in the city.”

Additionally, according to reports, papers were found by police that suggested there had been a plan to attack a mosque in Aurangabad from the home where Panse’s explosion happened. The Central Bureau of Inquiry, which began its investigation into the explosion in 2013, claims that it was a unique incident.

‘Nanded was only a small part’ 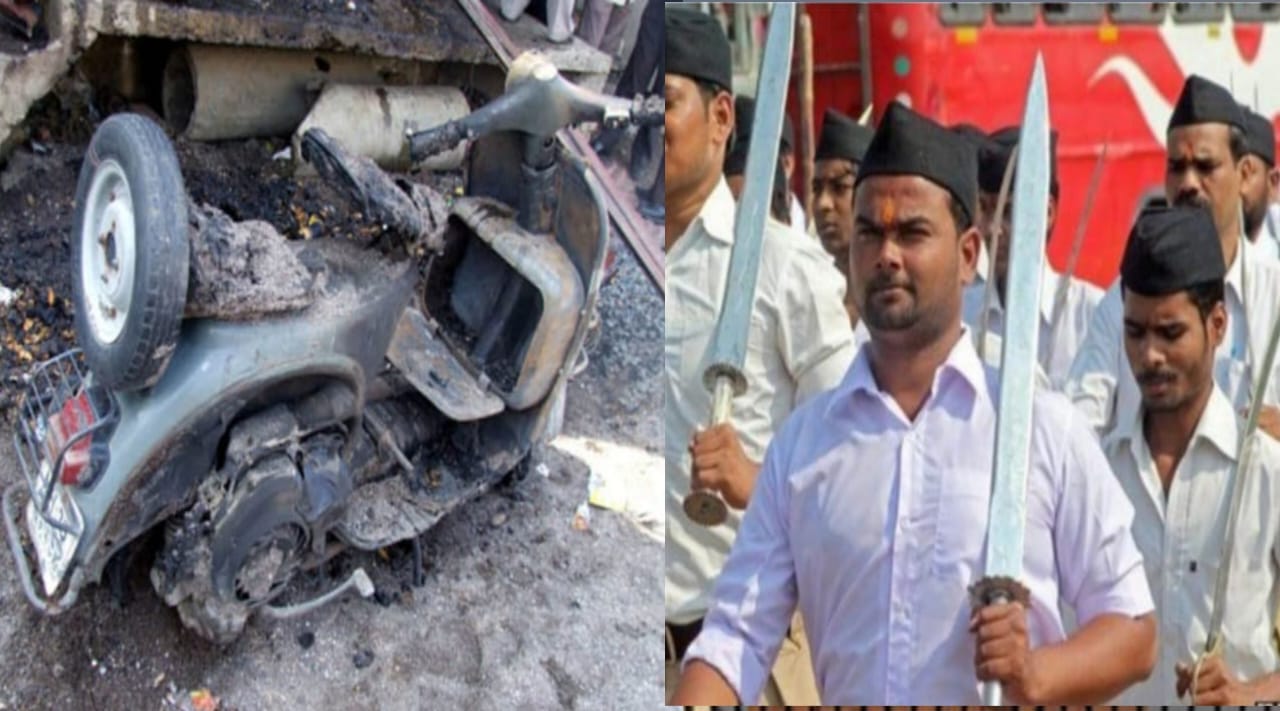 However, Shinde’s affidavit challenges this assertion. He said that Rakesh Dhawade, a suspect in the Malegaon bombing case, was one of the other attendees at the bomb-making workshop.

Shinde said that the Samjhauta Express bombing in 2007 and the Malegaon bombings in 2008 were both products of the same plot as the Nanded explosion. Nanded had a little role, he said.

According to Shinde’s declaration, he tried to warn top members of the Rashtriya Swayamsevak Sangh—including current leader Mohan Bhagwat—about Pandare’s schemes, but they were unreceptive. The petitioner said that after hearing these leaders’ justifications, he came to the conclusion that the prominent members of the RSS and VHP had been encouraging and assiduously involved in terrorist actions before the BJP government took office in 2014. According to Shinde, who spoke to the media, the Rashtriya Swayamsevak Sangh “had slipped into the wrong hands in recent years,” which is why he decided to write this affidavit.

But why did he wait so long? As a staunch supporter of the Hindutva philosophy and a Rashtriya Swayamsevak Sangh member at heart, Shinde claimed he did not want to harm the organization’s reputation. The 49-year-old, who is currently unemployed and lives in Mumbai’s Lower Parel neighbourhood with his mother, wife, and children, said that he had spoken to a number of important people and had made several attempts to encourage them to take action, but to no effect.

The Rashtriya Swayamsevak Sangh in Jammu and Kashmir, where Indresh Kumar served as his mentor, according to Shinde, was where he spent his first nine years. He claimed to have taken Panse and nine other people to Jammu, India, to get instruction in “modern weapons” from Indian Army soldiers at that time. It was held in a location named Talab Tillo in Jammu, according to Shinde, who claimed to be a “social worker” today and to have requested information under the Right to Information Act on public lands and policies.

Shinde claims that after going back to Mumbai in 1999, the Bajrang Dal appointed him as its leader.

Shinde claims that while continuing to be a member, he stopped actively participating in RSS activities about 13 or 14 years ago. But now, he added, “things have really become nasty.” They are dividing the nation in order to maintain their hold on power, so I felt I had to act.

Shinde added that he emailed Union Home Minister Amit Shah before to submitting the affidavit but received no answer.

Shinde’s response to a query regarding the reasons why people should believe him was, “So many Sangh Parivar members are unhappy with the leaders, yet they are tolerating it. But now that I’ve spoken up, you’ll see that something will soon blow up, and everyone will realize that I’m telling the truth.

Why PSUs Are Giving Loans To Adani, after being India’s 1st most worrisome Debt-Ridden Person?