There are times when we long to experience a new start in life, whatever the reasons, and think, if we were to migrate and start life afresh, where and which countries would be the most suitable?

A country that not only allows you to rekindle life experiences but also offers the best in terms of work opportunities and a lifetime investment.

If you are looking to change things a bit and are interested in finding that ideal country that would allow you to make your dreams come true, read on!

Here’s presenting the list of the top ten best countries for the year 2023; these countries have been chosen on the basis of offering a high quality of life and the opportunities it provides to investors and even tourists. 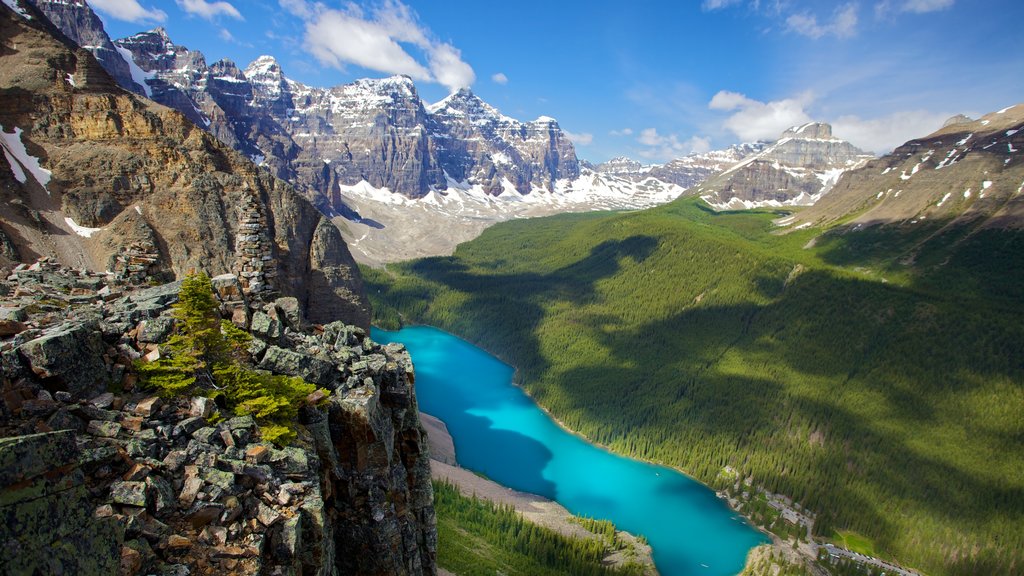 Canada prides itself on delivering an environment that encourages its citizens to respect Canada’s multiculturalism. Canada is regarded as a high-tech industrial country with a high standard of living and a significant exporter of food, energy and minerals.

Canada ranks third on the global map in terms of oil reserves and is the fourth biggest oil producer in the world. Canada is also a member of the United Nations, where the country has participated in numerous peacekeeping missions; Canada is also a NATO member and the Commonwealth of Nations.

The Canadian passport is ranked ninth in the world.

The Canadian passport provides access to 184 destinations worldwide and is considered one of the most favoured passports since it allows its holder the highest degree of mobility between destinations. 2- Japan:
Japan holds the place as the third biggest economy in the world.
Japan is among the biggest producers of automobiles, electronic equipment and steel worldwide.
The service sector in Japan makes up the highest percentage of the economy in terms of GDP and labour force.

The Japanese passport is currently ranked fourth, which provides access to 189 destinations worldwide and is considered one of the most desirable passports, just like Canada, as it gives its holder the most degree of mobility between different destinations.

Japan is home to more than a dozen UNESCO World Heritage sites and is also the birthplace of the famous sushi cuisine.
Japan is a member of many global organizations, which includes the United Nations, the Asian Development Bank, and the World Bank. 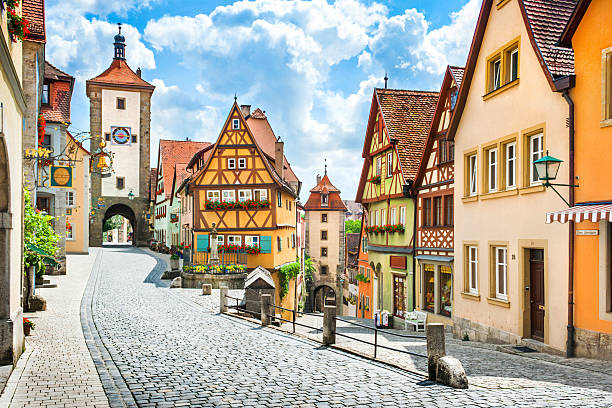 3- Germany:
Germany is the most populated country in the European Union and has one of the largest economies in the world.
The country is located in central Europe on the borders of nine countries, and its economy is one of the biggest in the world.
Germany is one of the largest importers and exporters in the world, with the service sector (which includes communications, health care, and tourism) contributing the most prominent role in the country’s economy, in addition to the industrial and agricultural sectors.

Germany is part of international organizations, including the United Nations, the European Union, the Group of Twenty, NATO and the Organization for Economic Cooperation and Development.

The strength of the country and its relations with other countries has been positively reflected in the power of its passport, as the German passport allows you to enter 192 destinations around the world with or without a visa upon arrival.

4- Switzerland:
Switzerland has a low unemployment rate and one of the world’s highest GDP per capita rates, low corporate tax rates back the strong country economy, and a highly developed service sector led by financial services and high-tech manufacturing industry.

The Swiss passport is currently ranked seventh, which provides access to 186 destinations worldwide and is considered one of the most desirable passports because it gives its holder the highest degree of mobility between various destinations.

5- Australia:
The Commonwealth of Australia has an area of ​​an entire continent and also includes a number of islands. It is a rich country with an economy based on the service sector and export of goods and has a relatively high GDP.

Australia’s strong presence internationally has given its passport 11th place. It also offers you Australia Business Innovation Program, which is intended for business people with successful work experience to enable them to establish a company in Australia. 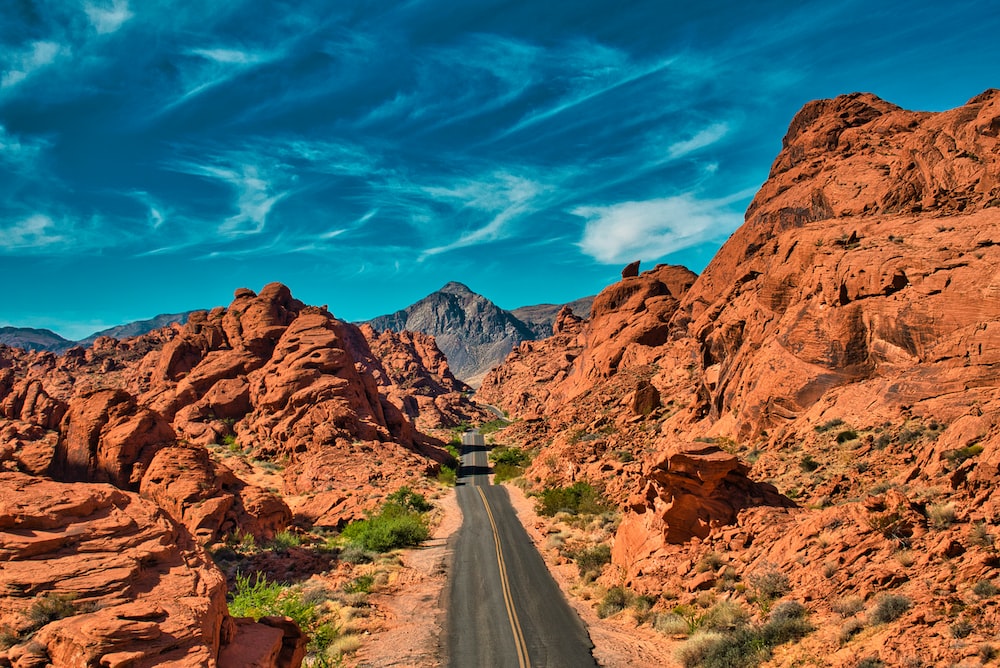 6- America
The United States of America has a developed economic and military power, and similarly, its cultural footprint has left a strong impact across the world.

The US economy is the world’s largest in terms of GDP and is also the most powerful in technology.

The country is home to some of the best universities in the world, including Harvard University and the Massachusetts Institute of Technology.
The United States often plays a leading role in international organizations and has been the founding force behind institutions such as the United Nations, NATO, and the World Bank.

To view the strength of the American passport, The US passport ranks 6th according to to Reach Immigration Index, as it allows its holder to enter 186 destinations worldwide without a visa or visa on arrival.

For investors wishing to obtain permanent residency in America (the green card) by investing in existing investment projects within the various American economic sectors, one can also view the residency program in America. 7- New Zealand:
New Zealand is a country located in the Pacific Ocean southeast of Australia. The majority of New Zealand’sZealand’s population is concentrated in the North Island, with nearly a third of the people living in Auckland alone.

The country’s education expenditures as a GDP percentage are among the world’s highest. Since 1980, New Zealand has been a leader in maintaining global peace and security and a party to major international organizations, including the United Nations, the Organization for Economic Co-operation and Development, the Asia-Pacific Economic Cooperation and the Pacific Islands Forum. The country is Located off the northwest corner of Europe; the capital city London is a major international financial centre and one of the most visited cities in the world.

The banking and tourism industries are part of a larger service sector that drives a significant portion of the country’s economic growth. The UK is home to some of the best universities in the world, including Oxford, Cambridge and Imperial College London.

The United Kingdom is a permanent member of the United Nations Security Council and a member of major international organizations, including the European Union, the World Trade Organization, the World Bank, NATO and the Group of Twenty.

UK passport has a strong position compared to others, allowing its holder to enter 186 destinations without a visa or visa on arrival. 9- Sweden:
Sweden stretches across most of the Scandinavian Peninsula, surrounded by Norway to the west and the Baltic Sea to the east. It is one of the largest countries in the European Union by area.

The country’s tax rates are low, and its advanced infrastructure, transportation network, health care system, and university education help provide its citizens with an advanced standard of living.

Sweden is experiencing an increasing recovery and is seeking to expand its commercial markets. It is a partner in the North Atlantic Treaty Organization. It is also a member of the United Nations, the Organization for Economic Cooperation and Development, and the World Trade Organization.

The Swedish passport ranks 6th in Reach Immigration Index, allowing its holder to enter 188 destinations worldwide without a visa or visa on arrival.

10- Netherlands:
Located along the fringes of Western Europe, the Netherlands is a coastal land full of windmills characteristic of its development around the water.

This developed, high-income country is famous for its tulips and is one of the world’s leading exporters of agriculture. An open market policy and central transport locations in the Netherlands help maintain the economic level.

It was a founding member of NATO and the modern European Union, which it strongly supported. The country’s powerful passport places it in the 5th position and allows its holder to enter more than 188 destinations without a visa or visa on arrival.