The invasion by Russia into Ukraine does not pose a challenge to global order, according to former Foreign Secretary Menon, and the legitimate interests of Russia and Ukraine must be addressed across the table so that neither country is destroyed. The statement reflects the general consensus in India. In light of this, it would be logical for India to remain neutral in this conflict going forward.

But it’s not a good idea to start here. Nothing less than the establishment of an autocratic international order, in lieu of the liberal one that emerged with the demise of the Soviet Union, is what Russia (together with China) seeks to achieve. The war’s critical front right now in Ukraine. India will suffer greatly from a Russian triumph in Ukraine since India is a major player in the liberal order. India should thus cooperate with the West to combat Russia.

Putin sees the dissolution of the Soviet Union as a tragedy, and he wants to bring back the heyday of the Russian empire. Ukraine was a part of the Russian empire, as was the Baltic region and a large portion of Eastern Europe. It is obvious that the West will not hand up these nations to Russia. Russia and the West are at odds with one another under the Putin administration.

Sadly, there has never been a Cold War between rival nuclear-armed states. The risk of a US/Russia nuclear exchange is estimated to be approximately 1% per year due to the risks of a deterrence failure, which are inescapably caused by the way that deterrence really works (I don’t have space to discuss this subject here, but I do aim to do so in a future blog).

Over a period of 30 years, there is a 25% chance overall that this conflict between Russia and the West would result in a nuclear exchange. This is a war, period; it is not a Cold War.

Either of the following two outcomes occurs in this conflict:

Thus, for the West to prevail in this conflict, it must be possible to avoid a nuclear assault while reducing the long-term cumulative likelihood of doing so. The only way to do it is to force a regime change in Russia.

And that gets us to Ukraine. The Russian incursion offers a chance to topple the Putin government. According to Estonian Foreign Minister Eva-Marie Liimets, a Ukrainian triumph would weaken Russia to the point that it “can no longer attack Ukraine or other neighbours” and open the door to “democracy [coming] back to Russia as we witnessed in the 1990s.”

Putin’s administration is supported on two pillars. The first tenet is the notion that Russia is a Great Power with sovereign authority over the nations that once belonged to the USSR and the Warsaw Pact by virtue of being a Great Power in the eyes of the world. The second pillar is the alliance of equals that China and Russia can have because of Russia’s standing as a Great Power.

Ukraine may hand the Russian military a resounding defeat with foreign assistance. The Russian economy would be completely destroyed by an international trade ban. The Putin regime’s failure to restore Russia’s Great Power status will unquestionably be shown by military loss and economic collapse. In the end, Russia would resemble Belarus in China. Putin has not promised Russia this. The likelihood of a Russian government transition will rise in this circumstance. Russia might decide to give up its imperial aspirations and opt to develop into a typical, affluent, and successful nation.

To get there, though, Ukraine and Russia both need to lose. India is a significant participant in the liberal order. Therefore, India would suffer greatly if the Russia/China axis won, let alone if there was a nuclear conflict. Thus, India’s core interests are directly threatened by the power-mad Putin administration. India should thus cooperate with the West to combat Russia.

However, given that Russia is now India’s main source of oil, it may appear that India is prevented from behaving in accordance with its core interests. It may seem like a steep price to pay to back Ukraine given that India is in a hazardous region and doing so might endanger India’s access to weapons.

The notion that India can rely on Russian military supplies in a crisis, however, is untrue. A fierce conflict with China is the biggest challenge India must deal with. India would require quick and substantial resupplies of cutting-edge military hardware to win such a conflict, as shown by the Ukraine War.

Russia will, in reality, support China in any big India/China conflict, even if it is capable of undertaking such a resupply mission (and China knows this already). After all, Russia and China are “no boundaries” political allies, and Russia depends considerably more heavily on China than it does on India economically.

India might as well start its retribution early by continuing to diversify its weaponry suppliers and by aiding Ukraine as Russia won’t stand with India in a conflict with China. 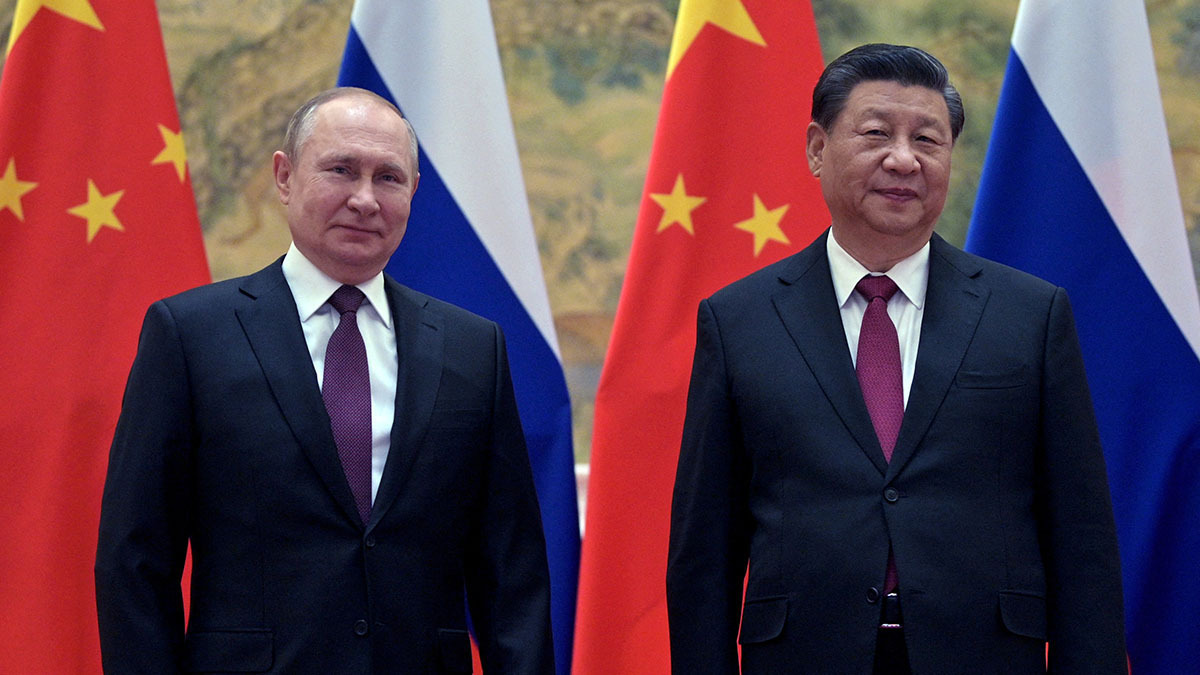 Putin’s Russia and the West are at odds with one another. This conflict directly jeopardizes the liberal international order that emerged with the demise of the Soviet Union. India is a significant and prominent participant in this liberal system. India would thus be wise to back Ukraine in its defence of the liberal system.