Ukraine War, 2022: The Russian military continues to deploy troops and bomb cities in the Donbas region as it tries to retake the region

If Russia takes over Donbas, the country would be divided into two halves. Russians are now aiming to control it through war.

Russia sent additional troops into Ukraine on Tuesday, stepping up its push to retake the Donbas area in the country’s east.

Russian forces attacked several cities and towns in the Donbas region, including Kharkiv and Kramatorsk in the east and territories near Zaporizhzhia and Dnipro in the west.

Control of the Donbas area, Ukraine’s industrial powerhouse of coal mining and manufacturing, would split the nation in half and provide President Vladimir Putin with a much-needed triumph.

Over the last 24 hours, Russian artillery has targeted approximately 1,300 Ukrainian military sites and over 1,200 troop concentrations, according to Konashenkov. The assertions could not be confirmed independently.

On Monday, the Russian attack began along a boomerang-shaped front reaching more than 300 miles (480 kilometres) from northeastern Ukraine to the country’s southeast, in what both sides termed a new phase of the war. Russian soldiers attempted to “breakthrough our fortifications along practically the whole front line,” according to Ukraine’s military. 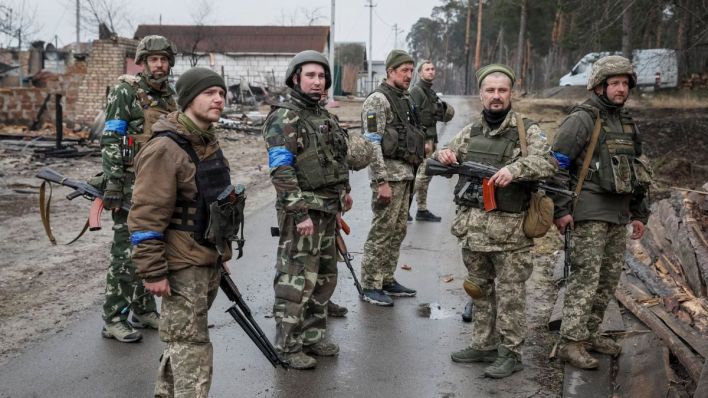 Following the failed Russian attempt to seize Kyiv a few weeks ago, the Kremlin stated that its main objective was to take control of the predominantly Russian-speaking Donbas, where Moscow-backed rebels have been fighting Ukrainian forces for the last eight years.

A Russian triumph in the Donbas would strip Ukraine of its industrial assets, including mines, metal mills, and heavy-equipment industries.

Over the previous 24 hours, the Russians put two more fighting units, known as battalion tactical groups, in Ukraine, according to a senior US defence official speaking on anonymity to discuss the Pentagon’s battle assessments. This increased the country’s total number of units to 78, all in the south and east, up from 65 the previous week. This equates to around 55,000 to 62,000 soldiers.

Russia also has 10,000 to 20,000 foreign fighters in the Donbas, according to a European official who spoke on the condition of anonymity to discuss military assessments.

According to the official, they are a combination of mercenaries from Russia’s private Wagner Group and Russian proxy soldiers from Syria and Libya. 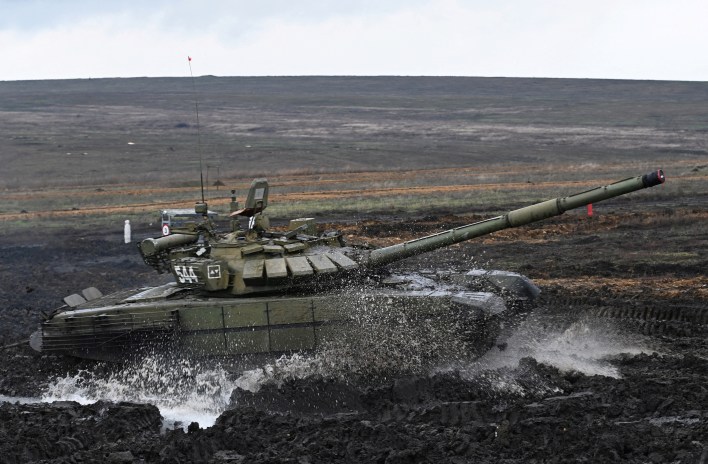 While Ukraine described Monday’s strikes as the commencement of a long-awaited offensive in the east, several analysts noticed an escalation had been underway and questioned if this was the beginning of a new operation.

According to a US official, the attack in the Donbas has started in a limited fashion, namely in a region southwest of Donetsk and south of Izyum.

“I believe what they’re attempting to do by placing this is to focus people’s thoughts and efforts by saying, ‘Look, the fight in the Donbas has begun,'” Crump said. “This puts some pressure on NATO and EU suppliers to say, ‘Guys, we’re going to start fighting immediately.'” ‘We need this right now.’

Ukraine’s defence has been bolstered by European and American armaments, which have helped the under-armed country stave off the Russians. Dutch Prime Minister Mark Rutte said the Netherlands would deliver “heavier materiel,” including armoured vehicles, to Ukrainian President Volodymyr Zelenskyy.

According to Associated Press correspondents in the city, at least four people were killed, and three more were injured in a Russian strike on a residential section of Kharkiv. Residents were attempting to maintain a feeling of normalcy by having municipal employees plant spring flowers in public spaces at the time of the attack.

According to AP journalists on the scene, an explosion shook Kramatorsk, killing at least one person and injuring three more.

Eyewitness testimonies and official sources have revealed the scope of the Russian advance. However, independent reporting is severely constrained in regions of the Donbas controlled by Russian forces and rebels, making it impossible to determine what is going on on the ground in many locations.

According to military analysts, the Russian plan encircles Ukrainian soldiers from the north, south, and east.

The liberation of Mariupol, the now-devastated city in the Donbas that the Russians have surrounded since the beginning of the war, is crucial to the campaign. Taking Mariupol would deprive Ukraine of a critical seaport and complete a land bridge connecting Russia and the Crimean Peninsula, which Russia has occupied since 2014.

It would also allow Russian forces to travel about the Donbas more freely. 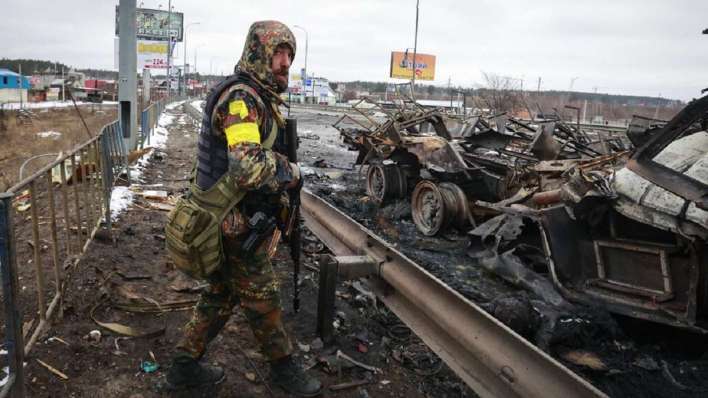 According to Russian estimates, a few thousand Ukrainian forces were holed up in a vast Mariupol steel mill, constituting the city’s last significant pocket of resistance.

On Tuesday, Russia issued a fresh surrender ultimatum to Ukrainian defenders, claiming that those who surrendered would “save their lives” and that a cease-fire would be imposed in the region so that the fighters could leave the facility.

The Ukrainians have previously rejected such proposals, and there was no instant confirmation that a cease-fire had taken place.

On a messaging app, Ramzan Kadyrov, the Kremlin-backed leader of Chechnya, whose forces have taken part in the combat in Mariupol, warned that the Russian troops would root out the Ukrainian opposition within hours, seize complete control of the steel factory on Tuesday.