In the next few days, the water crisis in Delhi could get bad, and it could even get worse. 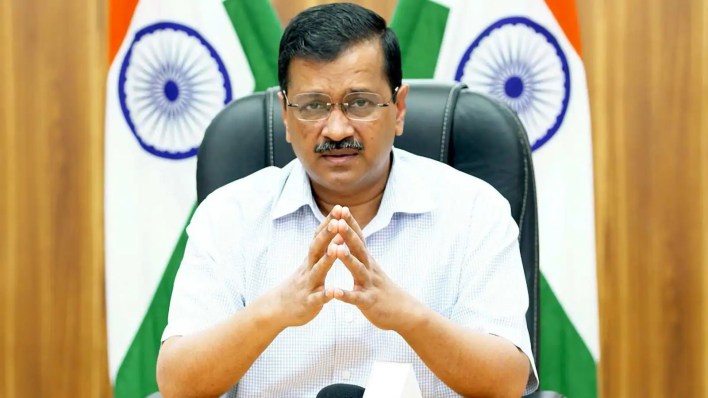 As the Yamuna dries up, Delhi sends an SOS to Haryana.

In the next few days, the water crisis in the national capital could get bad, and it could even get worse. Haryana has been asked to release more water into the Yamuna river by the Delhi government led by Arvind Kejriwal, who is in charge of the AAP party. However, there may not be enough water for some parts of the city because the Delhi Jal Board is cutting back on production.

Officials say that there was less water flow in the Yamuna river, which caused water levels at the Wazirabad pond to drop quickly. After writing to Haryana’s Irrigation Department for more water, the Arvind Kejriwal government has done this again in the last week, and they want more.

According to a person who works for news agency PTI, water levels at the Wazirabad Barrage dropped to a critical low of 672.30 feet on Wednesday morning. This is less than the average level of 674.5 feet. “There has also been a significant drop in the raw water flow in the Carrier Line Canal. It went from 683 cusecs to 566. So the water production is harmed. “There was an official who said that.

Haryana gives Delhi 610 million gallons of water a day through two canals and the Yamuna river. CLC and DSB get their water from Hathni Kund through the Munak canal and the Bhakra Beas Management Board, which is in charge of the water.

That’s not all: National Capital gets 253 MGD from Uttar Pradesh through the Upper Ganga Canal. It also gets 90 MGD from the wells and tubes that have been set up all over the city.

Another official said several WTPs, including Chandrawal and Wazirabad, aren’t able to work correctly because of low water levels at the Wazirabad pond and downward flow in the CLC.

It can hold 90 MGD at Chandrawal and 135 MGD at Wazirabad. In the Wazirabad pond, two plants take raw water from the pond. They then treat the water and send it to areas in the city’s northeast and the west, north, central, and south. 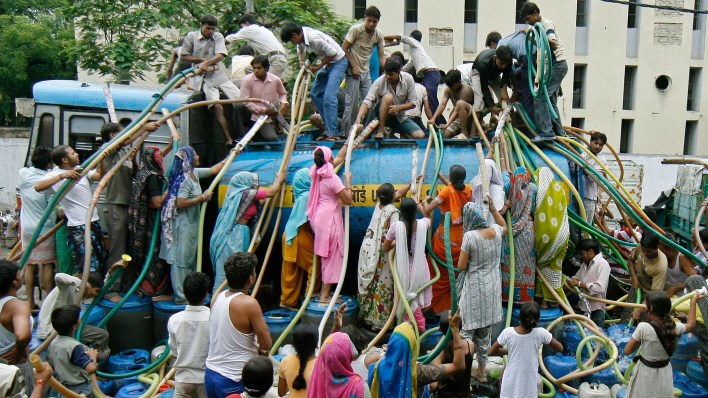 The largest water treatment plant in Delhi, the Haiderpur WTP, is having problems with its operations. It gives the city about 225 million gallons of water each day.

In a statement, the DJB said that the treatment process at the Haiderpur WTP has been slowed down because there is too much-floating material blocking the filter beds.

“People at DJB are trying to figure out how to make the water supply more efficient. Until things get better, water will be available at low pressure. North Delhi, northwest Delhi, West Delhi, and parts of south Delhi are all affected, “It said,”

SOS is sent to Haryana with the Yamuna river running dry. Wazirabad Barrage water levels dropped to 672.30 feet on Wednesday morning. This is a shallow point for the barrage. People in some parts of the city may not have enough water to drink because the Delhi Jal Board cuts back on how much it makes. In addition, there are problems with the Haiderpur WTP, Delhi’s largest water treatment plant, because it doesn’t work as well.

When investing in stocks, what should one look for? A guide to invest in 2022