What is the Indian Agni-5 long-range nuclear missile capable of? The most recent test, in which Chinese and Indian forces engaged in combat at the Line of Actual Control in Tawang, Arunachal Pradesh, took place a few days ago. Agni-5, which can travel 5,000–5,500 km to its targets, can reach Beijing and other significant Chinese cities.

The Strategic Forces Command (SFC), which is in charge of the Agni-5, conducted the test from A P J Abdul Kalam Island, which is off the coast of Odisha. The SFC tested the Agni-5 for the first time independently in October of last year, a few months after China tested a hypersonic missile.

The most recent test, in which Chinese and Indian forces engaged in combat at the Line of Actual Control in Tawang, Arunachal Pradesh, took place a few days ago. Agni-5, which can travel 5,000–5,500 km to its targets, can reach Beijing and other significant Chinese cities.

The following is a list of the missile’s main characteristics and its development process.

What does the Agni-5 missile accomplish?

As a part of the Integrated Guided Missile Development Program, which was overseen by scientist and former president Dr. A P J Abdul Kalam, a significant figure in India’s missile and space programmes, the development of the Agni missiles started in early 1980.

The missile can now be deployed and launched more quickly because it can now be launched from both rail and road platforms. Agni-6, which has a range beginning at 8000 km, is also said to be under development.

Which test was most recent?

Since 2012, Agni-5 has undergone many tests with great success. Several novel technologies on board the missile were validated during the most recent test, according to sources in the defence ministry. Throughout the mission, assets stationed in the sea were able to monitor the missile’s flight behaviour using radars, range stations, and tracking systems. 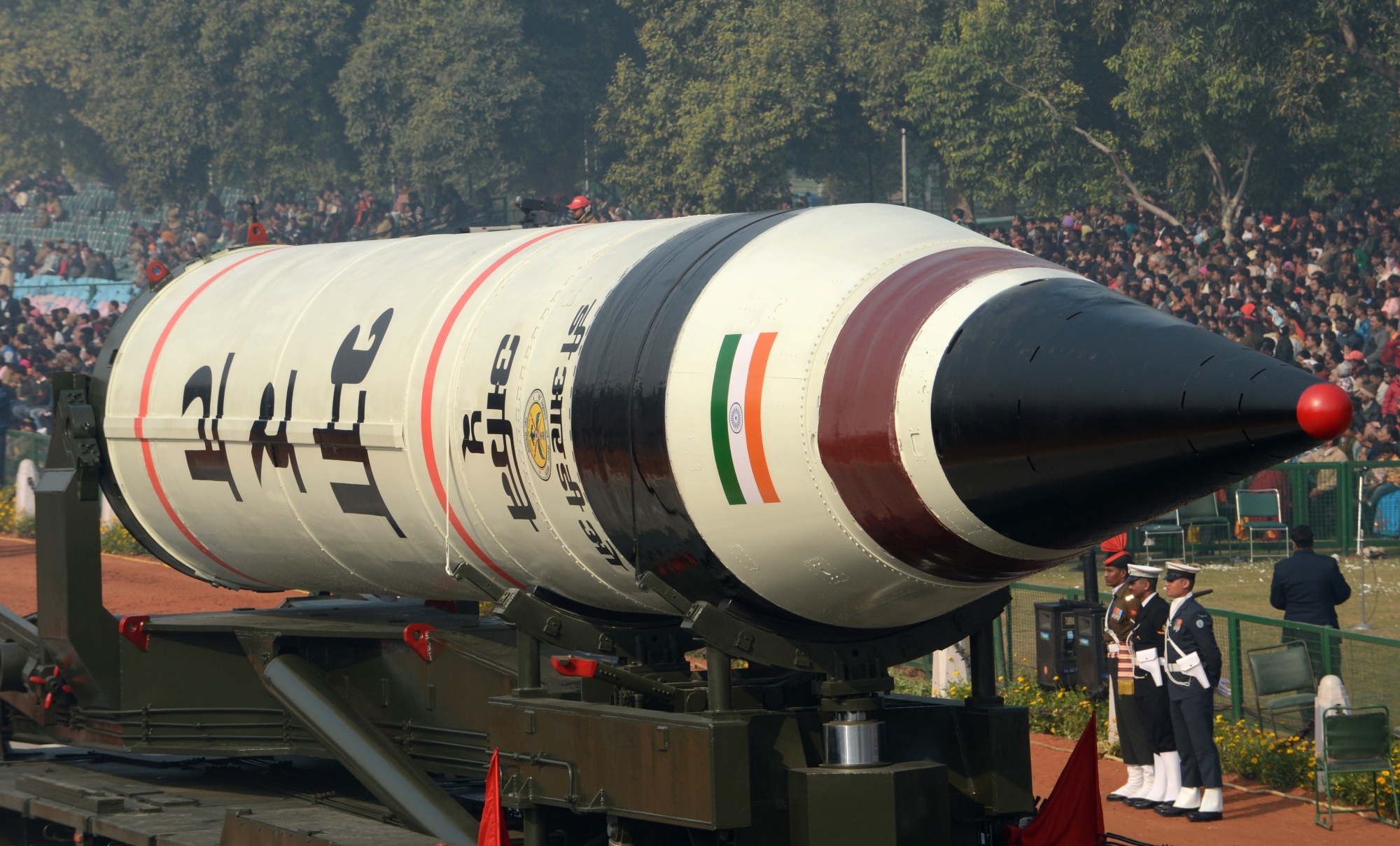 The Ministry of Defence emphasised the position of “credible minimum deterrence,” a key component of India’s nuclear doctrine, and “No First Use,” both of which were first published in 2003, in its statement at the time of the previous test in October 2021.

In essence, this means that India only ever employs nuclear weapons as a last resort during a war and that the arsenal is only maintained to fend off attacks on the nation.

Those who took the test?

The test was conducted by the SFC of the Indian Nuclear Command Authority, a crucial tri-services formation that manages and supervises all strategic assets.

The Strategic Forces Command (SFC), which is in charge of the Agni-5, conducted the test from APJ Abdul Kalam Island, which is situated off the coast of Odisha. The maximum striking distance of the missile is between 5,000 and 5,500 kilometres.

The SFC tested the Agni-5 for the first time independently in October of last year, a few months after China tested a hypersonic missile. A few days prior to the most recent test, fighting broke out along the Line of Actual Control in Tawang, Arunachal Pradesh, between Chinese and Indian soldiers. Agni-5 is known to be in the area that includes Beijing and other significant Chinese cities.

Web Desk for India India today conducted a successful test of the nuclear-capable Agni-V missile, which has a high degree of accuracy and can travel over 5,000 kilometres to its target. After fighting broke out between Chinese and Indian forces in the Arunachal Pradesh district of Tawang, the Agni V missile was put through nighttime testing.

Long-range, nuclear-capable surface-to-surface ballistic missiles have the following features:
Most of Asia, including the farthest north of China, as well as some areas of Europe are included in Agni-striking V’s range. The range of this missile is the longest ever in India’s arsenal. Additionally, it was the first missile to be fired at its maximum operational range of more than 5,000 kilometres. The three-stage Agni-V solid rocket-powered missile system is capable of transporting a 1.5-ton nuclear warhead. The Agni-V project aims to strengthen India’s nuclear deterrence against China by developing missiles with ranges between 12,000 and 15,000 km, including the Dongfeng-41.

On Agni-V, tests had previously been performed. India tested the missile again in October 2021 after its initial test in 2012.

Everyone is now eagerly anticipating the K-5, an Agni-submarine V’s variant that is anticipated to be tested soon, as Agni-launch V’s have significantly increased the country’s strategic deterrence.

China has the DF-ZF hypersonic glide vehicle, which is superior to India’s Agni-V missile. A hypersonic missile, for those who don’t know, is one that travels at Mach 5 or higher, which is equal to a speed of one mile per second, 3,836 mph, or five times the speed of sound.

They move in an unpredictable arc and are incredibly manoeuvrable. They are said to possess the manoeuvrability and speed of ballistic and cruise missiles. They are harder to track than traditional missile technology because of their speed.

The DF-ZF HGV, a Chinese ultra-high-speed missile, is said to be able to outperform US air defence systems based on interceptor missiles.

Experts claim that the missile’s targeting system began in 2019, despite some scepticism. 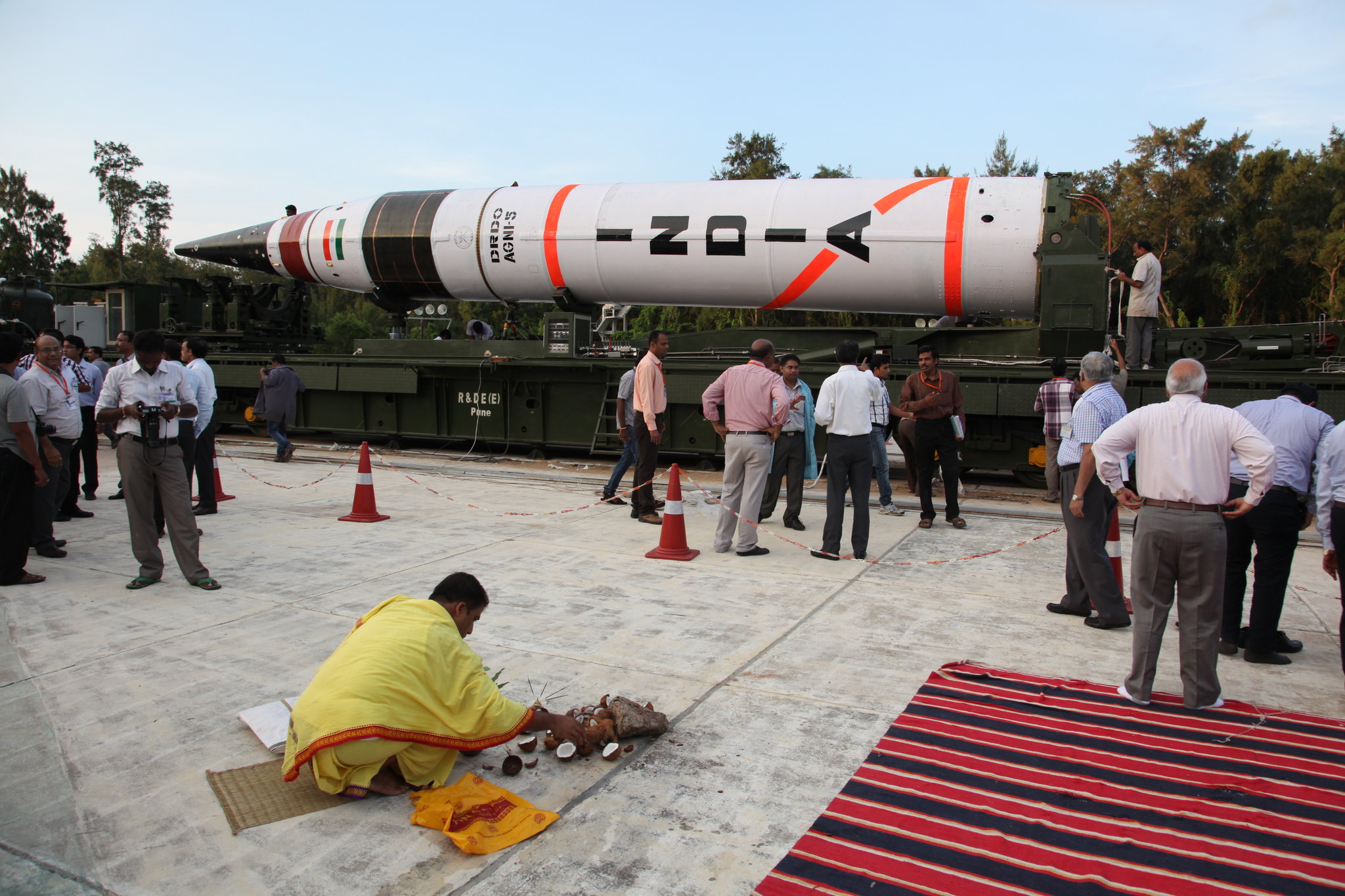 The US is worried about China’s development of hypersonic weapons because they could be used to attack the US from an unanticipated location, like the South Pole.

Following the conflict in Tawang on December 9, relations between China and India have never been worse. The Agni-V missile is currently undergoing testing.

Since then, interactions between India’s IAF training exercises in the eastern sector have been tense. The Rafale, Chinook, and Sukhoi aircraft’s flights have provided information to the Chinese.

The Print has learned from sources that Beijing has raised its level of alertness and installed airborne early-warning planes at its Shigatse airport.

The use of long-range surveillance drones, according to intelligence analyst Damien Symon, who tweets under the well-known handle @detresfa, is just one example of the Chinese government’s increased activity.

Air taxis are soon to be a reality in Odisha