Despite hitting 40-year record levels earlier this year, the U.S. rate of inflation has already been steadily falling during the summers. The Federal Reserve, though, doesn’t appear too enthused and isn’t persuaded that the fight against rising prices is close to being won.

Stock markets fell on Thursday as investors began to realize that the Fed would be willing to let a recession if that’s what it takes to get inflation back down to its target level of 2% annually.

The S&P 500 stock index suffered its worst day since early November, losing almost 100 points (or 2.5%). The losses occurred the day following the Fed’s sixth increase in its benchmark interest rate this year. It was widely anticipated that the Fed will raise interest rates by half a percentage point, to a range of 4.25 to 4.5 percent.

Investors were alarmed by Wall Street’s growing awareness of how far the Fed appears willing to go to combat excessive inflation. The Fed’s officials predicted that they would increase their benchmark rate by further three-quarters of a point, to a whopping 5% to 5.25 percent, and maintain it there through 2023 in updated predictions they released on Wednesday. Some Fed watchers had predicted only one more half-point increase in interest rates.

These higher rates will result in greater borrowing costs for people and businesses, including those seeking mortgages, auto loans, and business loans. In addition, the officials revised their prognosis for economic growth in 2023 downward from the 1.2% they had predicted in September to a meager 0.5%, which is as close to a recession prediction as they were likely to make. Additionally, they increased their prediction for the jobless rate to 4.6% from 3.7% for the current year. 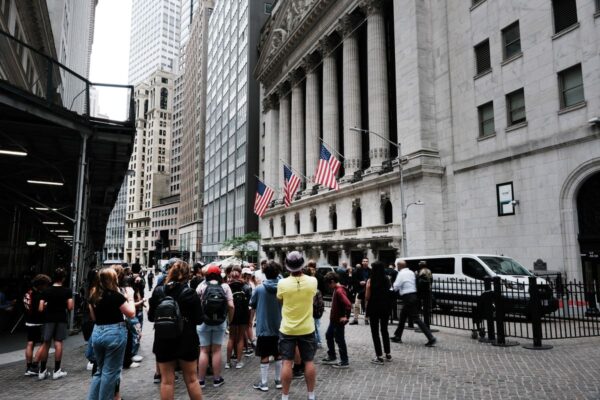 All of these indications suggested that the policymakers would be willing to accept a recession as the cost of containing inflation. According to Ryan Sweet, senior US economist at Oxford Economics, the Fed’s message was clear: “We’re going to break something. Either we can stop the inflation, or the economy will collapse.

The Fed may soon declare some progress in its fight against inflation, and may even change course and drop rates at some point in 2023, many investors had convinced themselves.

There was reason to be hopeful, it seemed: consumer prices increased 7.1% over the previous year in July, down from 9.1% in June and the sixth consecutive decline. Even more encouragingly, prices increased by just 0.1% from month to month. Additionally, core inflation, which the Fed constantly monitors and excludes volatile food and energy prices, increased just 0.2% from October to November, the smallest increase since August 2021.

The pressure on supply chains, which were previously overloaded with client orders and led to shortages, delays, and higher costs, has decreased as a result of the slowing economy. Oil prices have also fallen, lowering pump prices. According to AAA, the average price of a gallon of unleaded gasoline on Thursday was USD 3.19, down from USD 5.02 in mid-June.

However, Fed Chair Jerome Powell was not in the mood to rejoice because he had been late to recognize the inflation threat when it materialized in the spring of 2021. Powell essentially ignored the indications of slow but steady improvement.

“Two solid evaluations are absolutely excellent,” he informed journalists on Wednesday. However, we must be truthful with ourselves. The 12-month rate of inflation expectations is 6%, three percentage points higher than the Fed had hoped for. It’s encouraging to see progress, but let’s not lose sight of the fact that there is still a long way to go before prices are stable again.

Unless inflation has drastically decreased by then, which Powell does not appear to predict, Powell appeared to bat down hopes that the Fed may wind up dropping rates by late next year, a move that generally acts like steroids for markets and the economy. 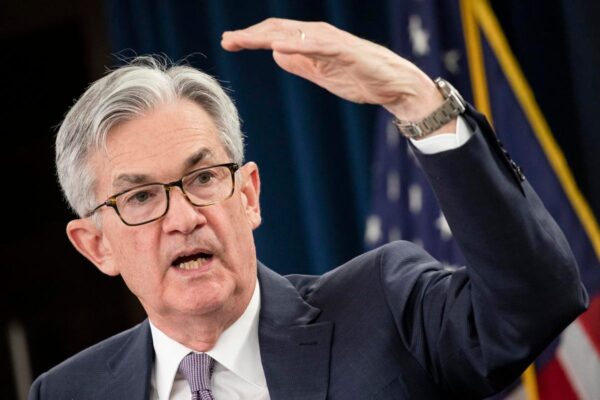 The prediction for inflation for the following year was raised by the policymakers from what they had anticipated in September. It implied that they believe their efforts to combat inflation aren’t having the desired effect.

That change surprised a lot of economists. The Federal Reserve anticipates more rate increases, a weaker economy, and more unemployment than it predicted three months ago for the upcoming year.

Generally speaking, all of those factors reduce inflation. However, according to Fed officials, their preferred inflation measure would rise from their September prediction of 2.8 percent to 3.1% at the end of 2023. That’s over their 2% target and perhaps too high for them to believe they can lower rates.

On Thursday, mounting concerns about a recession weren’t just coming from the Fed. The European Central Bank, which is fighting an aggressive battle against inflation, hinted that it would send rates higher than markets anticipated as well, increasing the likelihood of a European economic slowdown.

The US government revealed on Thursday that Americans reduced their spending at stores in November. Considering we were in the middle of the holiday shopping season, that was alarming news. Additionally, the Federal Reserve Banks of Philadelphia and New York published depressing studies on manufacturing in their respective areas. Long-term Treasury bond yields decreased, indicating that potential recession worries among bond investors are mounting.

Even the positive news that was released on Thursday—a decline in the number of Americans applying for unemployment benefits—had a drawback. It confirmed the Fed’s concern that a robust and stable employment market is pushing wages and total inflation upward.

The Fed is particularly concerned that a lack of workers in the labor-intensive services sector, which includes everything from hotels and restaurants to airlines and entertainment venues, might keep wage growth high and make inflation more unmanageable.

According to Sweet of Oxford Economics, “the Fed is overstating how strong inflation might be.” But he added that he understood its plight: Powell and other policymakers worry that failing to control rising inflation would result in the worst-case scenario for central banks: “stagflation,” even if it means a recession the following year.” That trifecta of slow growth, huge unemployment, and ongoing inflation is the worst possible scenario.

It’s a challenge without an obvious answer. When given that option, “They’ll make every effort to stop it, Sweet said.

US Stocks drop amid recessionary concerns 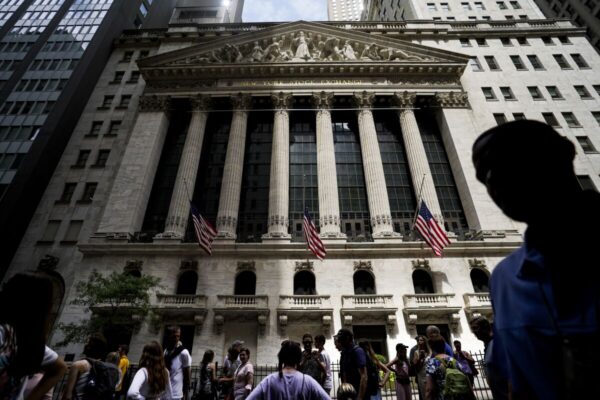 On Thursday, December 15, 2022, the US stock market recorded its second straight day of losses and concluded the session sharply lower on account of concerns that a global recession brought on by central bank interest rate hikes will occur.

To 10,810.53, the tech-heavy Nasdaq Composite Index fell 360.36 points or 3.23%. A day after the US Federal Reserve increased its benchmark rate once more, central banks across Europe increased interest rates, adding to Wall Street’s concerns about the future of interest rates.

On Wednesday, the Fed increased its short-term interest rate by half a percentage point, making this year’s increase total seven. The European Central Bank, the Bank of England, and the Swiss National Bank all raised their key lending rates by a half-point on Thursday while central banks in Europe did the same.

After Goldman Sachs cut its rating on the shares of the data storage business to Sell from Neutral, computer hardware stocks had a significant move to the negative on the day. Western Digital led the retreat, falling by 10.1%.

A significant decline in the price of the precious metal, with gold for February delivery falling $30.90 to $1,787.80 an ounce, was also seen in the gold stocks.

Retail sales fell by 0.6% in November, the Commerce Department reported, following an increase of 1.3% in October. Retail sales decreased by 0.2% in November after increasing by 1.2% in October, excluding a significant decline in sales by motor vehicle and parts dealers.

Following a 0.1% decline in October, the Fed reported that industrial production fell by 0.2% in November. Separate surveys from the Federal Reserves in New York and Philadelphia also revealed declines in local manufacturing activity in December.

What Elon Musk is doing to your twitter feed: Explained

What is Agni-5, the long-range nuclear capable missile that India has tested?