The Agnipath initiative is excessively unjust and destructive to the future of rural youngsters and their families, according to BSP president Mayawati, who demanded that the Centre examine it on Thursday. Mayawati stated in a series of tweets in Hindi that the policy is targeted at shortening service time in order to deprive them of numerous monetary perks, including the pension system.

She said that the country’s people are already suffering from poverty, inflation, and unemployment as a result of the government’s actions. “In such a circumstance, the unease spreading among the youth over the new army recruiting procedure is producing concern,” she tweeted. 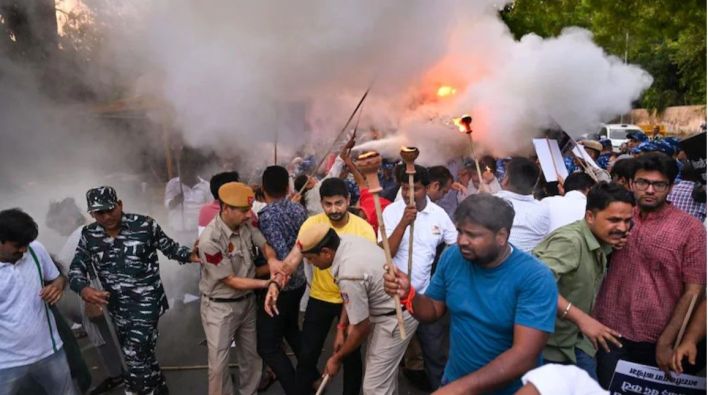 Hundreds of young people vying for positions in the armed services came to the streets, vandalizing both public and private property, from Are in Bihar to Palwal in Haryana, from Agra in Uttar Pradesh to Gwalior and Indore in BJP-ruled Madhya Pradesh.

Teenagers who were upset over the new recruiting strategy stopped railroad tracks, tossed burning tires on the road, and did push-ups and other drills in the street. Police responded by firing tear gas shells and using batons to disperse the crowd. For all updates on the Agnipath initiative, keep checking India.com.

What exactly is the Agnipath scheme? What is Agniveer?

The government launched the Agnipath initiative to recruit recruits for the Army, Navy, and Air Force earlier this week. The scheme’s major aims are to reduce the military services’ age profile and to reduce the escalating pension expenses.

The system was developed because more money was being spent on wages and pensions than on much-needed military modernization. Youth aged 17.5 to 21 would be recruited directly from educational institutions or through recruiting rallies under the plan. They will be hired on a contract basis.

See also  Policymakers And Stakeholders Should Be Aware Of The Resettlement Of Agniveers, Ex-Servicemen 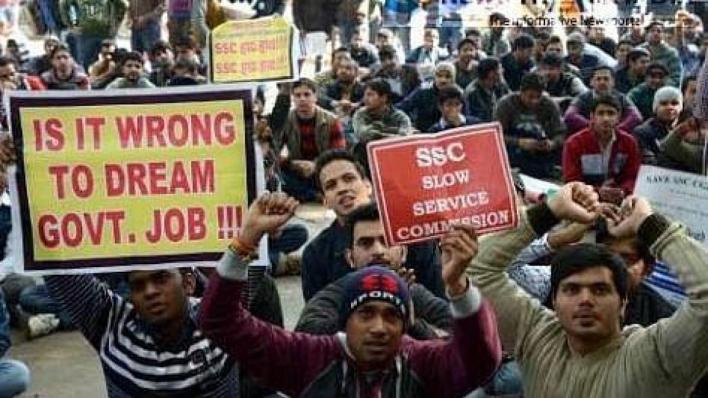 Along with 3.5 years of active duty, they will go through a challenging 6-month training programme. After four years in the military, just 25% of the most dedicated and effective soldiers will receive a 15-year extension. These fighters will be referred to as agniveers. The new strategy will be used by the government to bring in some 40,000 more soldiers.

The government will contribute an equal amount to the corpus, as will the soldiers, who will contribute about 30% of their salaries. The government will also help the soldiers apply for student loans. Agniveers will be given preference for hiring into the Central Armed Police Forces, according to the Ministry of Home Affairs. Similar promises have been made by states ruled by the BJP.

The disadvantage for recruits is that they will no longer be eligible for a pension. Second, for 75% of the recruits, it would be the end of the road in terms of joining the armed forces.

Why are Army aspirants protesting against the Agnipath scheme?

Thousands of young men and women who desired to join the armed services have protested the Agnipath initiative in Bihar. On Thursday, their discontent reached its second day. They interrupted railway and road traffic in the districts of Jehanabad, Buxar, and Nawada. Hundreds of protesters stopped National Highway 83 in Jehanabad and torched tyres, asking that the proposal be scrapped. Protesters are upset with the Agnipath initiative because the increased age restriction would prevent many from attending recruiting rallies. Under the previous system, young males between the ages of 16.5 and 21 were chosen for a minimum of 15 years. They would earn a pension once they retired. The new system totally replaces the old one. They can now be recruited between the ages of 17 and 21. The majority of recruits will be limited to four years of service. We demand that the recruitment process be carried out as it was previously. ToD will be rolled back, and examinations will be held as before. Nobody will join the Army for only four years,” a demonstrator in Munger told Reuters.

Another demonstrator in Jehanabad said, “Where would we go after only four years of work?” After four years of service, we will be homeless. As a result, the roadways are congested. We strive very hard to get accepted into the Armed Forces.

How will the four-year service be with months of training and leave? How would we secure the country after only three years of training? The government must rescind this arrangement.”