What will India do about the Sri Lankan conundrum?

A chaotic Sri Lanka poses a threat to India from a strategic perspective since it may see the emergence of a fresh wave of refugees who may come here to vent their wrath at their government. India now confronts a new problem as the nation continues to decline.

More unrest in our region is now one of the worst things that could happen to India. There is little room for India to tolerate a failed state in Sri Lanka when Afghanistan is already a failed state.

India is now faced with a new problem as Sri Lanka’s situation continues to deteriorate to record lows. A chaotic Sri Lanka poses a threat to India from a strategic perspective since it may see the emergence of a fresh wave of refugees who may come here to vent their wrath at their government. Maybe there aren’t as many of them since there’s not enough gasoline for boats to transport them.

As they have done throughout their long history, Sri Lankans see India as a saviour. It is true that this cultural connection between India and Sri Lanka has to be strengthened and revived, but it cannot overlook the difficult circumstances that have forced Sri Lanka to sever its links to India.

It doesn’t help that the economy is still in a mess, there is no permanent government in place, and now the Parliament must choose who will take over as leader. It puts them in a riskier situation. The tipping point would be an army coup. Entering Sri Lanka’s political quagmire would be politically extremely risky. With parliamentary support, President Gotabaya had the option of appointing a technocratic cabinet. On that, he was off the mark. Some people in Sri Lanka think India ought to have used its might to get him out far sooner. But India wasn’t interested.

Anti-Indian chants were frequently heard during anti-Rajapaksa demonstrations in Colombo; albeit intended for the people, Indian aid for everyday needs in Sri Lanka was seen as supporting the government. India would have to contend with this paradox on a constant basis. No, assistance cannot be sent to people directly. Because it is based on G2G loans, it must be directed to the government.

India will provide its support to the ruling party. The issue lies with Sri Lanka itself. The populace is in an uprising and believes that the entire political system is flawed. The whole political spectrum, as well as Ranil Wickramasinghe, are targeted in addition to the Rajapaksa family.

The rebellious people see the political class taking advantage of their political efforts and redistributing the gains of power among themselves when all party meetings are held, and now that Parliament is in charge of making decisions regarding the election of a new president for the next two years and four months as well as the appointment of a new cabinet. The people who have revolted with the civil society groups, such as former JVP members, the Bar Association, and younger clergy, find this intolerable. It is challenging for India to cope with resolving these political conflicts and to play the role of a facilitator as has been advised when the political system in Sri Lanka is so split.

The wisest course of action for India would be to let Sri Lanka sort out its own political issues and cope with whichever administration takes office while making it abundantly clear that we support the Sri Lankan people as we have for millennia and that our help is purely humanitarian. 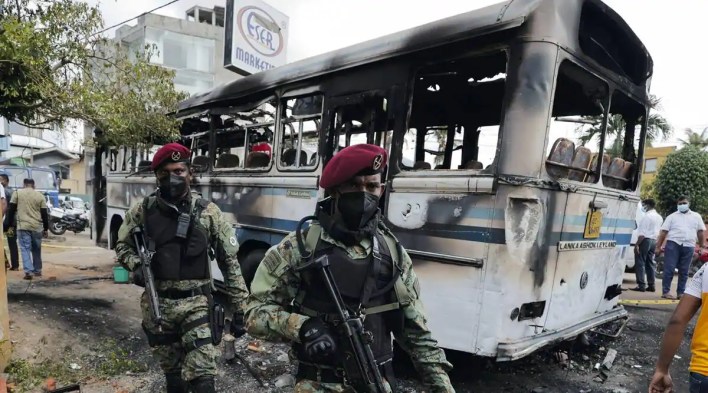 Sri Lanka urgently requires economic aid, which India supplies. This ought to go on. This is accomplished through credit lines or RBI swap agreements. Colombo must pay these back and is increasing its large debt of $51 billion; the timing of repayment is irrelevant. Should India continue to increase Sri Lanka’s debt load? Making grants is the alternative. This is avoided since LOCs are provided by the ExIm Bank of India with budgetary assistance from the Ministry of Finance, unlike grants, which are normally funded from the MEA budget.

This is incorrectly interpreted by some observers in Sri Lanka as a difference between the Foreign and Finance Ministries of India.

India should assist Sri Lanka in managing its economy by supplying human resources and increasing its capability. A start in this direction was made recently by the foreign and finance secretaries’ visit. Working-level interaction with Sri Lankan institutions, such as the central bank and the largest PSUs for food, energy, etc., to improve their management.

It would be better for India to have these supporting assets headquartered in India and not in Colombo, given the nature of Sri Lankan politics, where every politician utilizes the anti-India card to garner more votes in the next election. The second level of financing should include this remote assistance.

A long-term guarantee credit scheme may also involve credit sales of food, gasoline, and fertilizer from Indian businesses to Sri Lankan PSUs. India needs to support Sri Lanka in its efforts to quickly get a bailout from the Bretton Woods institutions and Asian Development Bank. Sri Lanka needs a cash boost and then focused aid. Some of that may be routed through Indian institutions due to the current instability of the Sri Lankan government and the lack of clarity surrounding how institutions function.

The IMF always allocates a significant expense. The fact that Sri Lanka has visited the IMF 16 times or about every ten years, has contributed to some of their problems. Every time, they did as the IMF said, but they didn’t handle it properly. The IMF will once more advocate for staff reductions in the civil service and the defence services, the privatization of government assets like airlines, ports, and ships, and increased private sector participation in supply chains for things like energy.

India may contribute significantly to this. As a member of the International Solar Alliance, India could encourage further solar energy facilities in Sri Lanka by conducting urgent feasibility studies. India is now working to build solar plants in the Jaffna Islands. The ISA is developing hybrid financing solutions that the World Bank and ADB should be able to offer. These can be used to fund these.

Similar to this, India should encourage the private sector to engage in the privatization of ports, ships, and airlines in order to make them lucrative by incorporating them into their own business operations. It should be stated that India would carry out the project for three years and would afterwards, if practical, be willing to transfer its ownership to Sri Lankan investors. A strategic step may be to purchase the Colombo port, where 70% of the cargo is going to India. 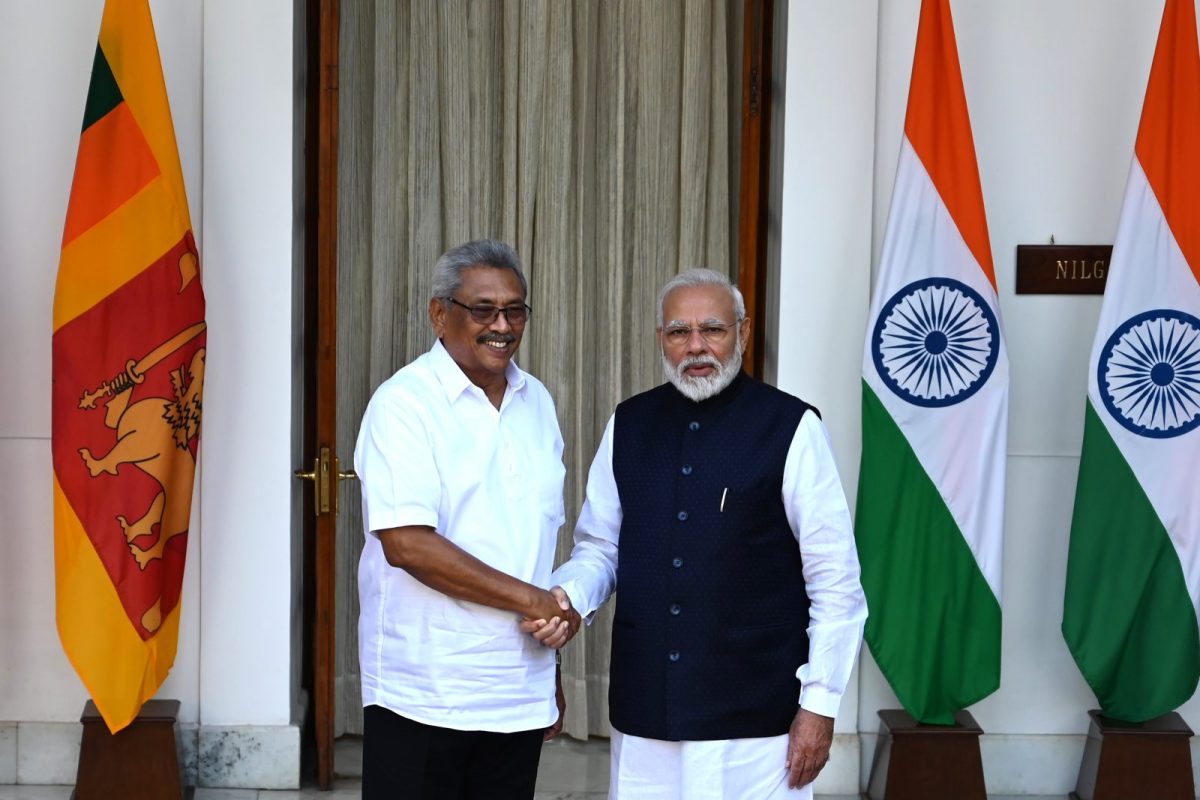 The key thing to keep in mind is that India should aim to invest in equities rather than adding to Sri Lanka’s debt load in order to provide them with a relatively fair bargain for their assets at this time. India could intervene in the military demobilization and civil service downsizing processes using grantable impact investment funds and capacity-building initiatives. A combination of these may develop a new entrepreneurial class that is independent of the government in terms of employment.

It’s also important to keep in mind how much Sri Lanka’s economy depends on tourism, textile exports, and tea production. Hotels in India may make investments in tourism-related assets and use them for domestic travel. Even though it would take time, the support of significant Indian businesses with operations in Sri Lanka would encourage visitors from India and maybe profit from a boom comparable to that in the Maldives.

The same is true for textiles and tea. Due to limitations on foreign exchange, they demand inputs and raw materials. The RBI’s announcement of a rupee trading system should inspire Sri Lanka to engage in such trade with India, allowing its tea and textile sectors to source inputs from India and perhaps export.

India must strike a balance between being a kind neighbour and respecting its shared history with Colombo. The Sri Lankan populace wants significant, albeit undefined, reforms. India must continue to be a helper but avoid being perceived as taking advantage of a vulnerable neighbour. However, the interaction should have distinct strategic parameters beyond which Colombo should exercise restraint. There are just too many issues in the globe now for nations other than India to even consider concentrating on Sri Lanka.

These are America's 10 most expensive states as inflation continues to rise.

India’s population growth: Is it boon or bane?