For the next eight years, India’s goal is to achieve Universal Health Coverage (UHC) for all by 2030, which is critical to accomplishing other SDGs. When it comes to prevention, promotion, treatment, rehabilitation, and palliative care, UHC stands for high-quality services at a reasonable cost. However, it remains a pipe dream because the cost of health care in India is still prohibitive for the poor and middle classes.

Due to a lack of quality healthcare services and capacity in government-run facilities, various people have been driven to seek treatment at private hospitals. Technology will be critical in closing the healthcare gap, and with the introduction of Web 3.0, there is some hope that the issues described above will be overcome. With the support of a Web 3.0 revolution, the government may achieve its aim of Universal Healthcare Coverage by the end of this decade.

Web 3.0 is the third generation of internet services for websites that will focus on providing a data-driven Semantic Web employing a machine-based comprehension of data. The objective of Web 3.0 is to make websites that are more intelligent, connected, and open. Web 3.0 might be disruptive, resulting in a paradigm change comparable to Web 2.0 in the internet realm. The Semantic Web depicts the next phase in the growth of the web or internet, based on the critical ideals of openness, decentralization, and increased user usefulness.

Web 3.0 turns the internet into a massive database, allowing the material to be accessed from various devices and utilizing new technologies such as artificial intelligence (AI) and machine learning (ML).

What role may Web 3.0 play in India’s quest for universal health coverage? 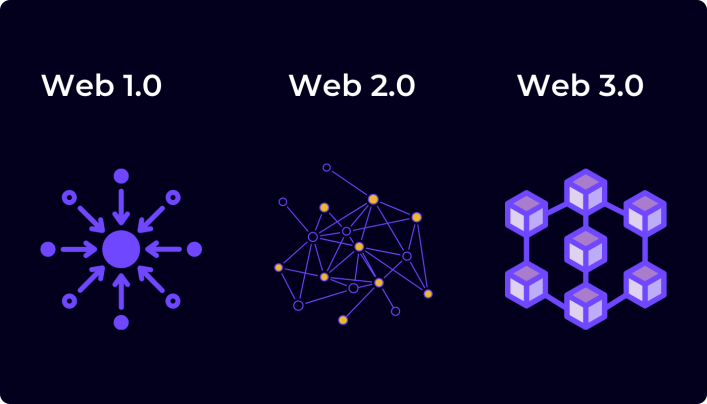 The Semantic Web has the potential to solve significant issues in India’s healthcare industry. Web 3.0 can revolutionize the Indian healthcare business by allowing for the rapid and painless retrieval of a patient’s health-related information from medical records and medical transaction history utilizing web 3.0 capabilities.

It might provide patients and healthcare professionals with a variety of clinical and non-clinical support services. Semantic web technologies, according to research, have shown early promise in the automated identification of illnesses and clinical procedures. Besides, modern web technologies make data storage more versatile and expandable, and this aids in utilizing the massive scattered data sets seen in electronic healthcare systems.

Future expansion of the healthcare and insurance intersection would likewise be fueled by Web 3.0. With the support of new-age technologies like AI and ML, Insurtech firms are already using the potential of the Semantic Web to construct next-generation shared and automated employee health benefits systems. 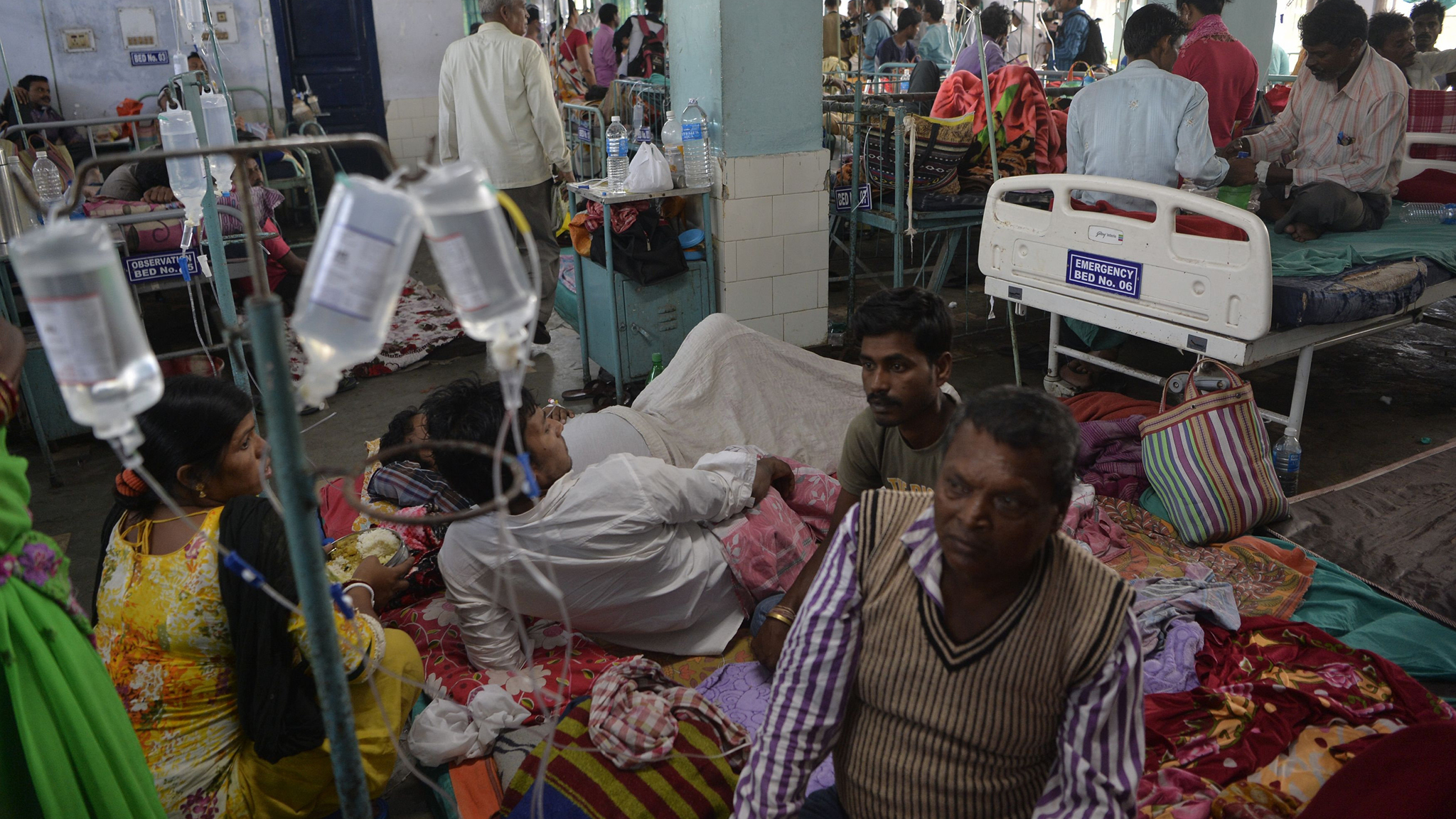 It might offer various clinical and non-clinical support services to patients and healthcare workers. According to studies, semantic web technologies have shown early promise in automating the diagnosis of diseases and clinical processes. Apart from that, contemporary web technologies provide the flexibility and expandability of data storage, facilitating the use of electronic healthcare systems’ dispersed large data sets.

Web 3.0 would also help drive future growth in the healthcare and insurance sector. Insurtech enterprises are already leveraging the Semantic Web’s promise to build next-generation shared and automated employee health benefits systems with the help of new-age technologies like AI and ML.

Web 3.0 also corresponds with India’s implementation of the Electronic Health Records (EHR) idea, and it will provide the EHR system with a boost as it develops traction in the future years. With Web 3.0 technologies, the Indian healthcare ecosystem might become more efficient, sustainable, and dependable, boosting India’s chances of achieving Universal Health Coverage by 2030.

Why is it impossible to succeed in combating climate change without the participation of women? 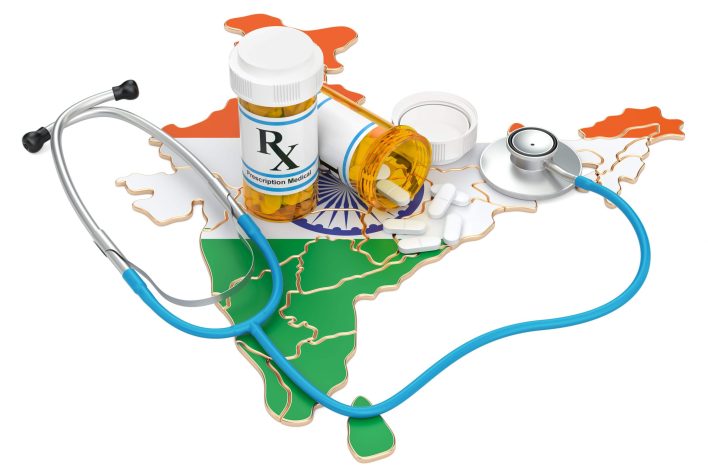 There are no favourites when it comes to the climate change phenomena. It impacts all of us, and it isn’t gender-specific or geographically restricted. Climate change can and will transform your world as you know it today, whether you’re a towering man or a wispy lady, a flying bird or a bustling bumblebee, a massive banyan tree or a little creeper creeping over it. However, how much and to what degree that transformation will occur is still being debated.

Climate change may be gender-neutral, but whatever adaptation measures we must take must be centred on women. Women are essential to climate action. The list of reasons is extensive, but I’ll highlight five in particular, based on common sense and logic.

Let’s start with the math. According to logic, nearly half of the world’s population must be female. Women are typically on the front lines, on the receiving end of climate-related disasters, and hence are more acutely aware of the changing situation. Targeting a group of people who are more open to potential mitigation measures on the ground will result in quick, local, and workable answers.

The second factor is female biology. Women are inherently nurturers, not simply because of their over-hyped maternal talents, but because it is in their nature to think and care about more than just themselves. Her house, after all, is her domain in her traditional position as the primary caretaker for the family or society. As a result, she has a strong voice in the beliefs and processes that make up a family, and she may guide and tune the members of the home toward her more sustainable behaviours.

The third explanation is due to physics. According to a basic rule, every action has an equal and opposite response. Unfortunately, this is not the case for women and climate change, and climate change affects them considerably more severely than it does males.

Every small change in the outside world affects the woman in charge of the home and hearth in a small but significant way. The continual rise of the waves near her home is a daily battle for survival for the woman who lives by the sea. Less rain may only be a source of concern for farmers, but it heightens the spectacle of everyday work for women.

When the males go, she will have to walk further to get water and labour more to support her family. According to the UNDP, women account for 80% of those displaced by climate change; these elevated risks translate into substantially more significant responsibilities for women.

Let’s take a look at chemistry for the fourth. To solve any problem, a woman will not wait for the right mix of materials and components. Instead, if you give her enough space, she may manufacture a concoction, a long-term solution to a long-overdue problem using the current variables.

The thirty-seven-year-old  Jamuna Tudu is an example. She took matters into her own hands when she organized a group of women to stop the wood mafia from illegally chopping down trees near her village in Jharkhand, heartbroken over the disappearing forest cover near her community.

Or the 107-year-old Padma Shri, Saalumarada Thimmakka, a daily wage laborer who planted over 8,000 plants, including hundreds of banyan trees, and raised them as if they were her children. Both ladies identified an issue with which they were dissatisfied and set out to resolve it methodically and unobtrusively.

And the sixth and last reason is economics. Women have fewer access to resources than males across the world. According to the FAO, if women had equal access to productive resources as males, agricultural production would increase by 20-30% and hunger would be reduced by 12-17%. Women’s participation in managing natural resources increased local natural resource governance and conservation.

According to an analysis of 17 research from worldwide, imagine if their access and contribution to climate change mitigation strategies improved! Women are an underutilized resource, with their knowledge and skill in the environments in which they live; all of this has to be recognized in the context of climate change. As a result, the option is clear: climate action cannot be accomplished without the participation of women.

“We are either going to have a future where women lead the way to make peace with the Earth or we will not have a human future at all,” says Vandana Shah, a pioneer in establishing community seed banks and the creator of ‘Navdanya.’ 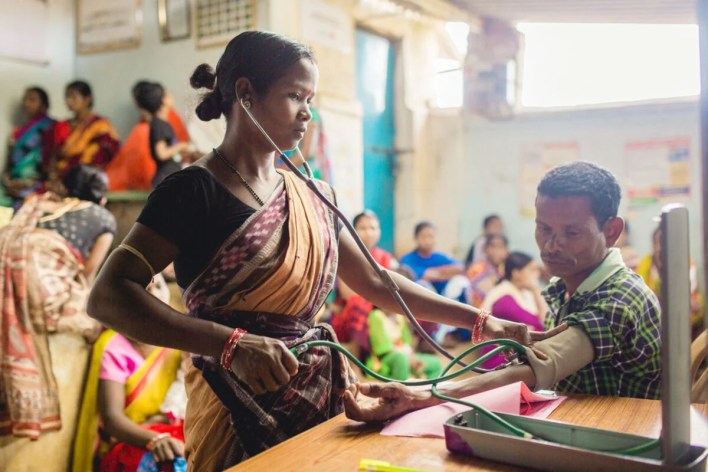 When it comes to tackling health equity as a long-term aim, “global health” has been commonly used but rarely taken seriously. When it comes to solving development difficulties in the public health sector, low- and middle-income countries are worst hurt, and development finance isn’t always talent-friendly, relying on outdated concepts that must be replaced.

Year after year, financial organizations pledge billions of dollars to address the world’s most pressing issues, whether natural catastrophes, extreme weather events, pandemics, or the public health repercussions. However, despite their best efforts, financial institutions cannot construct new paths for global good. As a result, many people die due to the public health and development death trap.

Observing people silently struggle in front of our eyes, watching under-five children slowly succumb to malnutrition, watching nations choose to kill rather than cultivate harmony and foster friendship, noticing a new normal of hatred that is forming the iceberg for mental health disruption will never allow the desired goal of one health, one planet to be achieved.

Institutions such as the World Economic Forum and the World Bank must reconsider how adequate money might be delivered to progressive small and medium-sized development partners. The World Health Organization (WHO) has to change its rules to attract additional partners beyond well-known names and to be able to show new algorithms for developing social health models, which were formerly a popular notion.

With demographic dividends on their side, I think Low- and Middle-Income nations have the capacity and enthusiasm to transform global health outcomes. However, they may require ongoing assistance to guarantee that they can achieve scaled-up growth while overcoming red tape and human greed. We are confronted with a globe beset by the dangers of climate change. Our consumption patterns continue to destabilize the ecology, and we have witnessed the worst pandemic of our generation.

A public health crisis emerges as a danger multiplier due to this. We may likely lose control over the things we built due to the effect of big data and machine learning, which is infiltrating quicker than the human mind can fathom. If we take it too lightly, the worldwide difference between those who have and those who do not will increase, and all theories and frameworks will fail.

Our moral fibre as a civilization, a civilization, and a race is becoming increasingly chaotic as nationalism spreads. Instead of enabling, we’re treating each other like animals ushered in to hate and kill one another. This is a difficult period globally and a more dangerous trend for international diplomacy, with individuals lost in their own lives’ goals.

What have we learned over the years from attending online meetings, utilizing telemedicine to pursue health results, and being aware that despite all of our technological advancements, we have lost the battle against a simple virus and are not the centre of the world as we claim to be as a species? Independence is an illusory egotistic idea in a world where we all rely on one another.

We must honestly focus on new paths to shape public health while also integrating cross-sectoral objectives to achieve more profound outcomes with growth value. Our prior practice of working in small groups will no longer provide results, and this is a realization that we must all embrace.

Identifying new leaders, evaluating new implementation strategies, promoting new forms of finance, and supporting new technologies that everybody can adopt are all part of 21st-century global health. To do this, we must develop people, societies, and solutions for a better world, and we must do so immediately.

What to do when your loan application gets rejected

Top 10 most promising Unicorn Startups in the UK in 2022