Covid, a common enemy of all the nations had inflicted immense humanitarian and losses of assets on various countries. India was one of the worst-hit nations that had witnessed financial crippling and asset contraction of 23.4% for a quarter and 7% for the entire financial year. To redress the arduous issue and to provide momentum in the economy, a growth budget was unveiled. This was due to the fact that the government had emphatically set out to increase its spending in order to revive the economy.

It is to be noted that those will be done through brownfield assets and not greenfield assets of the public sector. These will include entities like railways, roads, and power. It is to be noted here that ownership of the same will not be provided to the private sector players and these will have to be returned to the government after a stipulated period of time.

As aforementioned, the finance minister clearly had announced that the plan will strategically involve only brownfield projects. This effectively means that they for monetization will not include green land assets. 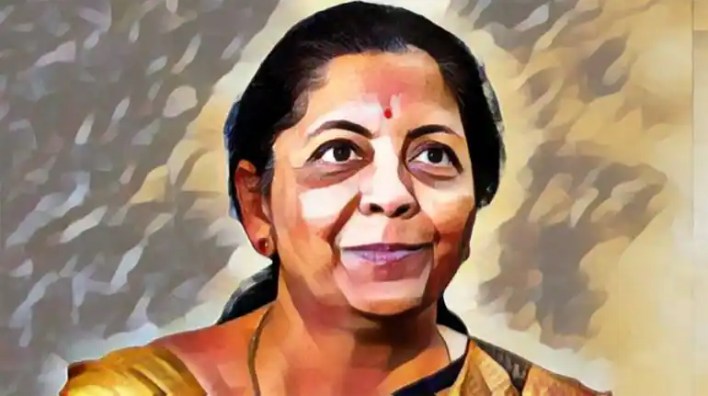 Why brownfield assets in monetization plan?

As aforementioned assets for monetization will not include greenfield assets. This will invariably help the investors to work effectively and smoothly without hindrances of approval or environmental protests etc. this will incentivize the investors to work at an efficient pace to monetize the assets. On top of this, the government will also give various strategic incentives to the states for undertaking asset monetization and disinvestment projects. Such a strategy will not only appease the investors but also the public which usually is apprehensive when the government talks about privatization or sale of public assets. The apprehensions of the public will be quelled as the ownership of assets will effectively remain with the government. Additionally, to make this offer more appealing for the public, there will be a mandatory strategic hand back that will effectively take place after a stipulated time period.

This effectively means that the private players will have to return or give back the assets to the government. Even the finance minister gave assurance to the public that though the government might be selling away but they are not losing the assets. Such affirmations by the finance minister were given while effectively unveiling the asset monetization road map, which is an invariable, extremely crucial element along with privatization.

It is to be noted that there is a privatization drive of state-run companies that are going on for raising resources. This is being done to also push growth and create jobs after the employment market was hit severely by the pandemic.

But why is the government actually selling its stake and going for privatization? This is due to the undeniable fact that the government is left with very few avenues to raise funds. These funds rising spree through disinvestment is the only viable solution apart from borrowing. This is due to a simple reason that government might not want to raise its fiscal deficit. Given, that the government is already spending robustly on the largest ever vaccination campaign and social welfare scheme, taking on more debt might not be the most sagacious decision.

The plan for the same was laid out in the 2021-22 budget speech, where Sitharaman had announced the robust launch of the asset monetization program. This was launched as a funding mechanism for greater infrastructure spending in the economy which was in line with the growth budget.

The monetization of the national pipeline 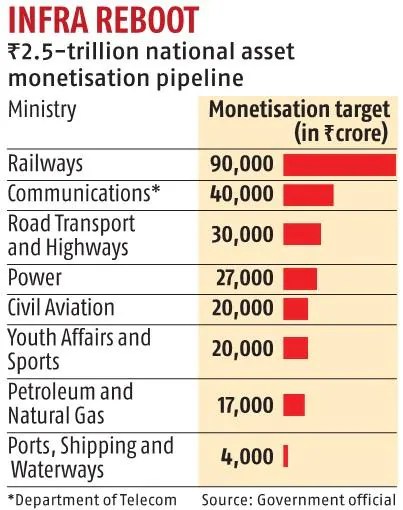 To talk about the assets that will be included in the monetization plan include a power transmission line, railways, roads and highways, telecom towers, pipelines, power transmission lines, goods sheds, private trains, dedicated freight corridor. Talking about some numbers, about 25 airports, 15 railways stadiums, 31 significant projects in nine major ports, 761 mineral mining blocks, 160 projects in coal mining, 761 mineral, and two national stadia will be included. According to the Niti Aayog CEO, Amitabh Kant there will be over 20 asset classes effectively across 12 ministries, that have been significantly and strategically identified for the pipeline. Again, as aforementioned, this will all include brownfield assets. These all, according to reports will be offered for private investment.

Thus, to provide an incentive for the same, the government has planned on various incentives to states to undertake disinvestment of asset monetization.  As a part of the incentive, all the states that will effectively carry out the disinvestment program of disinvestment of the PSUs will be given an equal amount by the Centre.

Given all the affirmations in favor of the monetization plan, it is to be noted that the opposition has attacked the center for selling the valued asset of the country to profit-mongering capitalists. Such criticism has been made vehemently due to Adani’s silent and fast rise to power in the aviation or airport industry in just 2 years.

Thus, only time will tell whether such growth programs of the government work out or not.

How to Keep Employees More Engaged in Today’s Work Environment: most important assets