But what was the strategy that pulled China out of its economic predicament? It is to be noted that stringent virus containment measures coupled with robust vaccination and emergency relief for businesses and to revive the economy, helped the economy to recover at a robust rate. The Chinese recovery had gained robust momentum, so much so, that growth in the final three months of the 2020 financial year was significant, so much so, that the economy grew by 6.5 percent.

Thus it can be fairly stated that the GDP data emphatically points towards the fact that the Chinese economy has almost normalized. According to experts, such momentum will continue in the future, even if the covid 19 cases continue to rise in the economy.

Given Chinese robust growth in the past, China’s mainland and Hong Kong’s share markets had posted modest gains. Though the gains were modest, they still exceeded economists’ expectations.

However, the fact that cannot be denied is that Covid-19 was still a major drain on Chinese growth in the financial year 2020. This was due to the nationwide stringent shutdowns of factories and crippled capacity of the manufacturing plants, which had forced the economic growth to slow down. The economic growth was so significantly stifled that it was the worst contraction and slowest rate of growth in the last four decades.

What led to robust economic growth the previous year?

According to official data that was released, China’s manufacturing sector had largely recovered. The data had emphatically showed a 7.3% increase in industrial output which had led to growth in the economy.

In addition to manufacturing, exports to had led to economic recovery in China. In December, Chinese exports, according to the data had grown more than expectations, this was due to the fact that coronavirus disruptions had led to the fueling of demand for Chinese goods. The economic disparity around the world was significant, that Chinese exports had risen even though the yuan was strong and in demand.

Thus, compared to its peers, China’s economy has emphatically witnessed a strong rebound.

Now this gives rise to a pertinent question, that did the Chinese economy ever contract? The answer to that question is yes. China had gained economic momentum only after a brutal lockdown was lifted which had led to a contraction in the economy by a historic 6.8% in the first quarter of the financial year 2020. 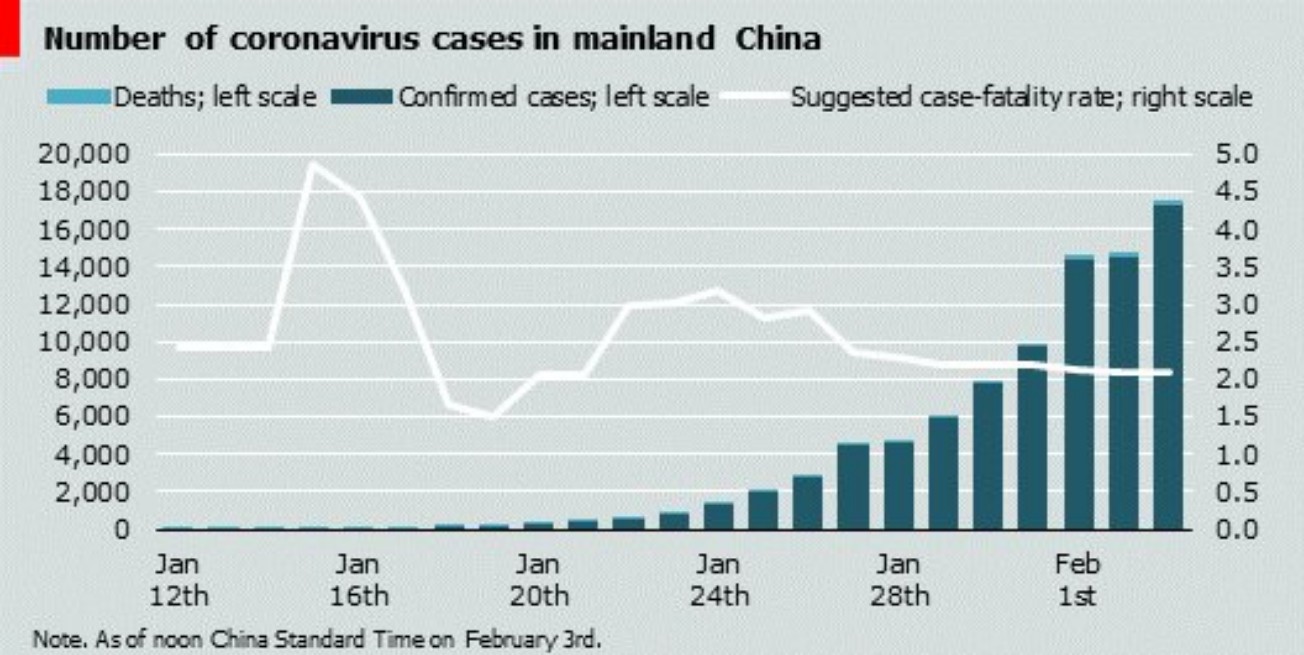 Another major reason why the Chinese economy had recuperated at a waltzing rate was that Chinese growth was aided by the combination of government-led investments and global demand for Chinese goods. Given, yuan was strong, it led to expensive exports in the market, which led to high profitability in the economy. But given the fact, that the economy is growing and is in much better shape than its peers, it is to be noted that it is still the lowest rate of annual growth in more than 40 years.

On Monday, according to reports, the Mainland Chinese and Hong Kong share markets finished mixed at the backdrop of not-so-robust Chinese economic data. The market fell amid fears of weakening economic recovery and stringent restrictions that might be put in place to mitigate the spread of the virus. The latest economic data shows a surprising sharp slowdown in Chinese retail sales. In addition to the contraction of retail sales, a contraction in industrial production and urban investment was also seen.

China’s second-largest exchange, the Shenzhen Composite Index, declined by 0.58 percent. Additionally, the blue-chip CSI300 index too was down by 0.1 percent.

The fall in the market was due to disappointing economic data that had excessively fueled concern about growth momentum in the second-largest economy. On the other hand, other economic data too was not quite promising. The National Bureau of Statistics of China emphatically reported that China’s retail trade rose by 8.5% year-on-year in the month of July 2021. It had eased from the earlier 12.1% gain that was recorded the previous month.

This was coupled with China’s not so impressive industrial production growth which only grew by 6.4% year-on-year for the month of July. This again was lower than the 8.3% growth that had been recorded the previous month. This data emphatically shows that retail sales have shown the weakest rise since December 2020. On the other hand, consumption moderated during the latest COVID-19 outbreaks, due to lower consumer confidence and the ominous prediction of another wave.

It is to be noted that China’s yuan has softened against the dollar. This comes despite firmer mid-point fixing by the Chinese central bank. According to reports, the People’s Bank of China, before the market opening, had set the midpoint rate at a 10-day high of 6.4717 per dollar.

The constant threat to the economy

Though the economy has been mostly recuperating, it is quite true that Beijing’s prickly trade relationship with the US is a major deterrent in export promotion and growth of the economy.

With the resurgence in the virus, prickly relationship with the US, and weaker growth and economic data, all these challenges tend to weigh down on the Chinese economy. But here it is to be remembered that the Chinese economy seems to be in a much better place than its peers and the rest of the world’s major economies.