Given the growth budget that was unveiled by the government authorities for implementing growth measures in the economically battered country, the government has started acquiring funds for the same. Reportedly, the government has started the disinvestment process of National Seeds Corporation. The talks are being conducted for selling up to 25 percent stake in the National Seeds Corporation. Additionally, the disinvestment process has to be carried forward through an initial public offering (IPO).

Various bids by legal advisors and merchant bankers have been invited by the Department of Investment and Public Asset Management (DIPAM). The bids have been invited for the working on the proposed IPO. Thus, Domestic law firms are effectively required to submit their proposals in consortium with the reputed international law firm. The international law firms to be included are those that have similar experience and expertise in various public offerings. In addition, the foreign law firm, in the consortium, needs to have significant, applicable prior experience in managing Indian capital market transactions, which will provide them the eligibility to apply.

Some other matters that the international legal adviser will have to tend to are advising the government on international publicity-related restrictions.

As for the role of merchant bankers, the government is emphatically looking to appoint up to two merchant bankers with significant and effective experience in public offerings. As for their qualifications, the selected merchant bankers should have handled similar sale transactions of at least Rs 1,000 crore. Additionally, handling an IPO of Rs 500 crore between the period of July 1, 2018, and June 31, 2021, is also a requirement.

Thus, a detailed strategy for reaching out to various retailers for retail investments is required to be drafted by each of the selected bankers. This will help create awareness about retail participation at least 14 days prior to the NSC IPO.

See also  Who Is Alexei Navalny? Why Is the Russian Government Scared Of Him?

Additionally, assistance is required for subsequent stock exchange listing of the national seeds Corporations under the Ministry of Agriculture and Farmers Welfare. It is to be noted that September 1 has been kept as the last date for submitting bids.

According to the government’s disinvestment scheme, it will likely appoint up to 2 bankers for managing the stake sale in the National Seeds Corporations.

It is worthy of mentioning here that the government holds a 100 percent stake in the PSU and has significantly decided to sell its 25% stake via IPO. NSC is a miniratna PSU, which had reported profits for fiscal 2019-20 after the tax of Rs 29.92 crore. This particular PSU comes under the administrative control of the Ministry of Agriculture and Farmers Welfare. As of 2020, the miniratna’s net worth stood at a whopping Rs 646.37 crore. It is to be noted that the government had unveiled a growth stimulus budget for the financial year 202-21. This was done to increase government spending to revive the economy as the consumers’ and producers’ demands were at an all-time low. It is when demand and supply in the economy are at odds, the government has to step in to revive the economy. But it is to be noted that the government had also unveiled various methods to finance its whopping spending on infrastructure. This was to be done through a disinvestment scheme, the target of which was set at Rs 1.75 lakh crore for the financial year 2021-22.

According to reports, the government has raised about Rs 8,368 crore. This has been done by selling a stake in the NMDC Ltd., Axis Bank, and Housing and Urban Development Corp.

Additionally, the mega IPO LIC, the country’s largest insurer is also under scrutinization and process. According to reports, it can be launched in the March quarter of the next fiscal. 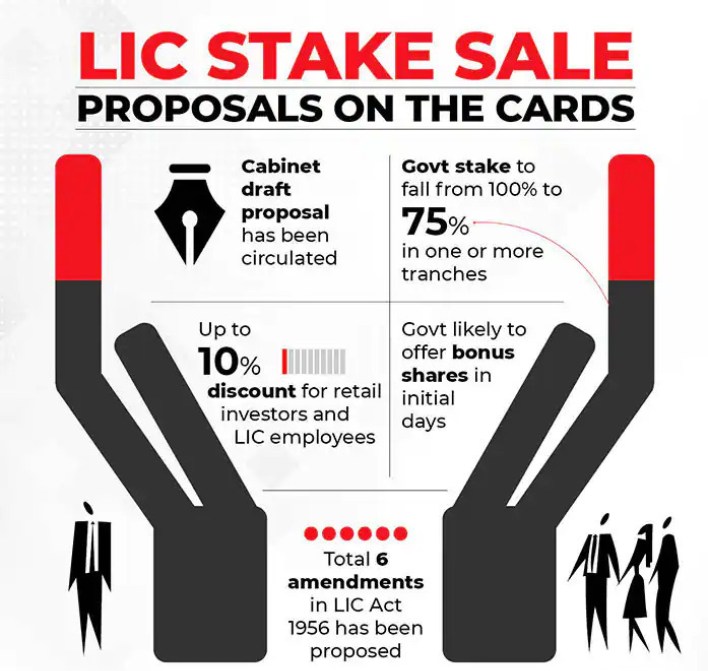 Indian government authorities back on track

Indian authorities are back on track in their significant efforts to divest state-owned companies. This is happening after delays had plagued the disinvestment process due to the coronavirus pandemic.

As aforementioned, in order to finance its growth budget, the country has a disinvestment target of 1.75 lakh crore rupees. This effectively points towards the fact that the government will divest by selling its various state-owned assets to the private sector. Or its disinvestment program can also be carried forward through listing its share in various PSUs on the stock exchange.

Secretary at the department of investment and public asset management, Tuhin Kanta Pandey stated that “ for Indian authorities, several transactions are lined up and we are hopefully looking forward to government’s firm policy on privatization to go through without any disruptions, hoping that these deals will move forward this year,”.

It is no news that with traveling being curbed during the pandemic, the aviation industry was hit extremely hard. Thus, the government is making strong headway in its privatization plan for Air India, which was the worst hit.

See also  Here Are The Best 5G Stocks To Invest In

According to a finance ministry official, the Indian government emphatically intends to sell its entire stake in Air India, the national carrier.

Pandey added that “For the national carrier, Air India divestment we are going for 100%. This would effectively mean that the government is not retaining any stake in this,”.

It is to be noted that India’s ability to meet its ambitious disinvestment target would strongly and emphatically rely on the successful initial public offering of LIC, a state-owned insurer.

The privatization plan was facilitated by the Securities and Exchange Board of India last month. It was done by relaxing public issuing norms. This made it easier for the government to sell its stake in the nation’s largest insurer through a public listing.

Equity markets are tasting success. What do experts suggest? Everything you need to be aware of

Government and the Opposition Involved in Electoral Battle yet again; How did the Monsoon session proceedings turn into warfare?