After a fierce battle with global giants, India is to finally end its retrospective tax regime. It is to be noted that retrospective tax is on the capital gains of a company that is incurred from the sale of assets located in the country. The sale usually involves entities that are registered abroad. This development comes after India faced major setbacks in various arbitration cases abroad. These arbitration cases involved global giants like Cairn Energy and Vodafone.

In a series of setbacks that India has suffered, it will also refund the money it had collected previously on the basis of retrospective taxation. But it is to be noted that the government had strictly stated that it will pay its dues without any interest or subject to certain stipulated conditions.

It is worthy of mentioning here that the end to the detestable retrospective taxation was long demanded by the international business community who had their interests vested in India. This was demanded due to the fact that retrospective law led to tax uncertainty in India and made the business environment quite nonaccommodative for business ventures.

Thus, the removal of retrospective law will effectively remove unnecessary tax uncertainty over corporate liabilities for various multination companies in a country with huge investment potential. If the history of the retrospective law is to be scrutinized, it was the Finance Act of 2012 that had enabled India’s tax department to effectively and emphatically impose on capital gains of the foreign entities situated in India. Now here it is to be noted that the tax was not levied on just any sale of an asset of the foreign company but on the sale of the shares that derived their value from assets that were located in India.

Recently, on August 5, 2021, the central government had introduced a new amendment in the Lower house namely ‘The Taxation Laws (Amendment) Bill, 2021’. Though the bill needs the upper house and president’s assent, it is quite a fact that the passage of the bill is as good as being implemented. The bill effectively seeks to withdraw demands, which emphatically enabled the collection of retrospective tax, that were made using the Finance act of 2012. As aforementioned, the bill is an effective outcome of India’s long-standing arduous battle with UK firms like Carin Energy PLC and Vodafone Group.

See also  How to increase furniture sales in 7 step 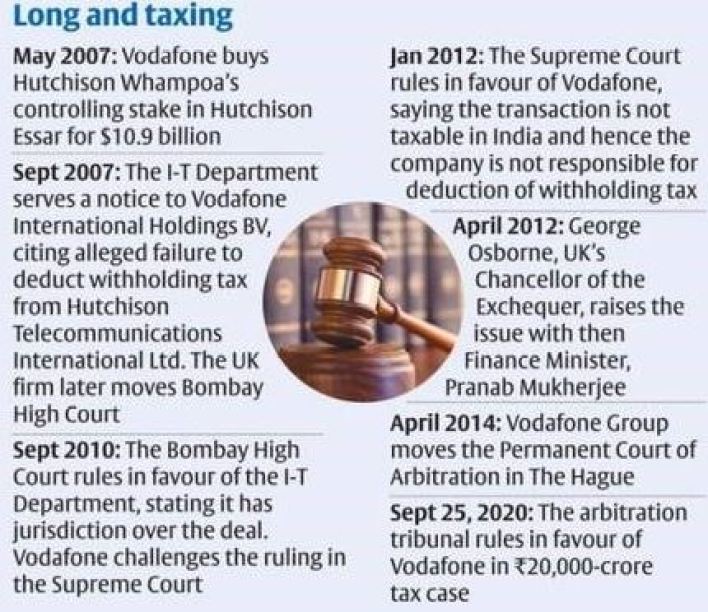 As aforementioned, the bill has been approved by the lower house but on August 9, the bill was vehemently opposed in the upper house and was returned amid bickering and walk-outs from the opposition parties. Though no systematic objection was recorded, the bill is as good as being approved and now awaits President’s assent.

It is to be noted that according to a senior Finance Ministry official four main companies are to get their refund, of which Cairn will receive the largest refund and it is already in touch with the government authorities.

According to the Central Board of Direct Taxes (CBDT), the Indian government is liable to pay at least INR 80 billion. This amount will effectively not include interest.

Is there any future scope for retrospective tax in India: a pertinent question?

It is to be noted that Taxation Law Amendment Bill, 2021 will effectively seek to amend the Income-Tax Act that was passed in 1961. The bill will be structured in a way that no retrospective demand can be raised on any indirect transfer of Indian assets. The bill will nullify any transaction that was ever undertaken before May 28, 2012. Here its I interesting to know that May 28, 2012, is the date the which the Finance Bill of 2012 was passed and had received the President’s assent.

Thus, given the legalities of the new amendment bill, the tax demand that had been raised for indirect transfer of Indian assets effectively before May 28, 2012, will be emphatically nullified. But here the government has added certain conditionalities that after the passage of the law, the withdrawal of all the pending litigations will be made. Further, the government has furnished an undertaking that no claim shall be filled in the context of cost, damages, interest, etc. 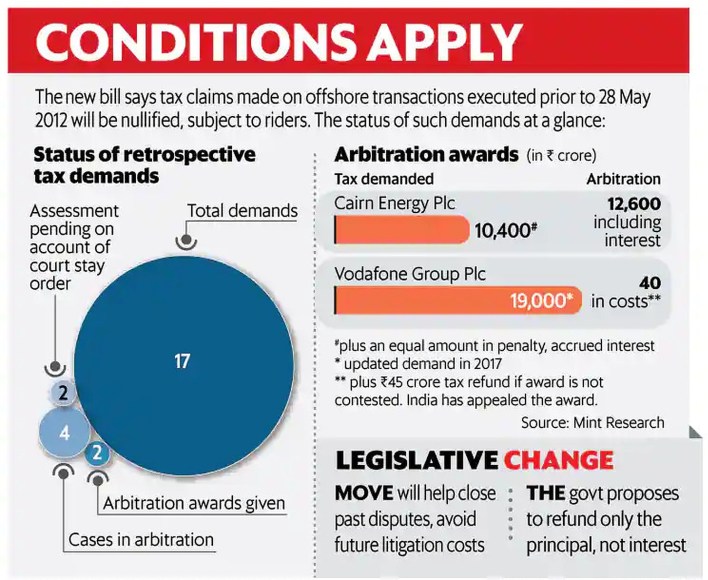 Since the refund will be paid without any interest, Cairn energy will be refunded to about US$1.2 billion. This will be done due to the shares of the company that were sold, the refund that was withheld, and the dividends, that had been confiscated by the tax department in its pursuit to gather taxes.

The bill in its objective stated that “Pursuant thereto, income-tax demand had been raised in 17 cases. In two cases assessments are pending due to stay granted by High Court. In two cases, the Arbitration Tribunal ruled in favor of the taxpayer and against the Income Tax Department.”

Why is the need to introduce the bill now? 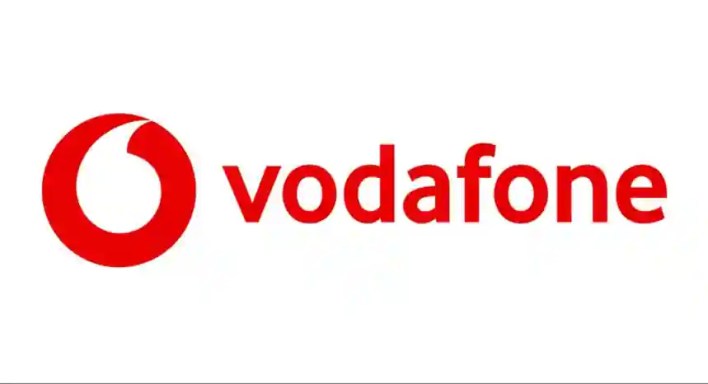 It is to be noted that amendment bill 2021 has been effectively issued to ensure the principle of certainty in the country which was long demanded by various foreign agencies and businesses. It is a fact, that businesses love certainty and especially taxes certainty. Retrospective law had made blurred tax certainty in India that it had become a major deterrent for investors, who wanted to invest in India or were situated in it.

See also  LOCKDOWN 3.0! Lockdown in India is likely to extend after 3rd may, situations do not permit lifting of lockdown! India is moving towards a doomsday

Moreover, the high-profile arbitration case of both the Cairn Energy and Vodafone retrospective tax have effectively inflicted much damage on India’s reputation as a business-friendly jurisdiction. Thus, for years it has been neutralizing reforms gains of India to expand its industrial production.

ThisWin Casino: The One Stop Solution To All Your Cricket Betting Requirements! Ready, Set, Bet!