The most awaited IPO Life Insurance Corporation of India

The Central government is gearing up for the Biggest Initial Public Offering (IPO) of the Life Insurance Corporation (LIC). The listing of LIC is poised to be India’s largest IPO to date, with the government expecting to raise up to Rs 1 lakh crore through the sale of shares. In the liberalised Indian insurance market, LIC is the largest life insurer, and it is on a new growth trajectory that is breaking all past data.

The LIC IPO is expected to be released soon.

In India’s largest IPO, LIC policyholders are expected to be provided shares at a discount. The government would provide LIC policyholders a 5% discount on their Initial Public Offering (IPO). The price reductions will  be beneficial for retail investors. In addition to the shares being available at discounted prices the policy holders will  be provided a reserve in the offer .

The Life Insurance Corporation of India (LIC) Board of Directors has given its approval in principle to the much-anticipated Initial Public Offering (IPO) . According to insiders, the  directors has asked specific clarifications on the draft paper. They are set to meet again over the weekend to make a final decision on the LIC drafts prospectus. The centre will file the proposed paper with the market regulator when the board of directors of LIC  accepts it.

On February 11, the board of the Life Insurance Corporation of India may evaluate the proposal for an Initial Public Offering (IPO).

According to sources, the Securities and Exchange Board (Sebi) may receive the LIC IPO draughts red herring prospectus (DRHP) over the weekend or on February 15. 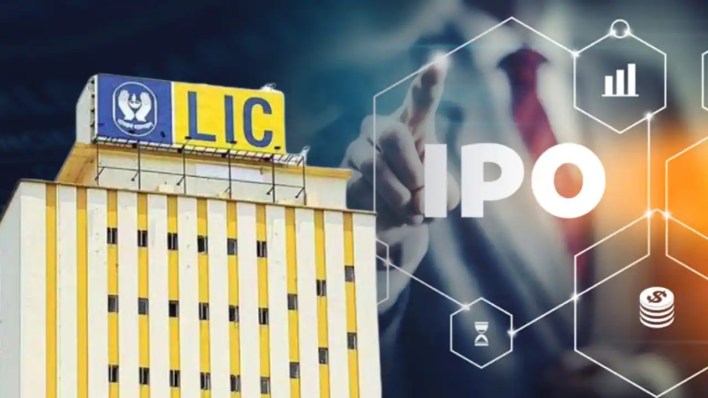 India is doing everything it can to make the largest-ever IPO a success. To minimise further delays, everything from capital market norms to all relevant details must be checked.

The’mother of all IPOs’ is now in the planning stages.

Issue size of the IPO

The Life Insurance Corporation of India is believed to be worth more than Rs 5 lakh crore. The Initial Public Offering (IPO) of the LIC is expected to be worth three to five times its intrinsic value. Experts estimate that if the LIC is listed at its current pricing, it will be valued at around Rs 15 lakh crore. For the past two decades, LIC has dominated the life insurance sector, with a market share of more than 80% and a CAGR of 30.4 percent since its inception. Since then, LIC has been increasing at double-digit rates on a regular basis because to its dominance ,in the life insurance business over the last two decades, LIC is on course to become the first Indian life insurer to raise Rs 1 lakh crore in a single Initial Public Offering.

The national government is striving to reduce corruption in the banking industry under Prime Minister Narendra Modi’s leadership. The present plan, which is still awaiting final approval, will put the government in charge of LIC’s fate. Simultaneously, this move will bring in a large number of new investors, which will be important to the company’s future growth. The LIC’s listing will result in improved conditions to the stock market because it has a strong footprint across many industries, in addition to being the country’s largest insurance provider. The stock market has been suffering in recent months.

In the Union Budget of 2021, Finance Minister Nirmala Sitharaman announced a plan to launch an Initial Public Offering for LIC. The Indian government proposed increasing the Life Insurance Corporation of India’s (LIC) allowed capital to $250 billion in 2021 in order to support the company’s scheduled Public Offering the following fiscal year.

The government plans to file all the necessary  paperwork with market regulator Sebi this week for LIC’s big IPO, reserved for anchor investors. The Initial Public Offering (IPO) of the LIC is designed to attract the most bids so far. After getting Sebi permission, the offer for sale is slated to go live in March.

If LIC launches its public sale at a valuation of around Rs 12 lakh crore to Rs 15 lakh crore, the government is expected to raise enough funds to meet its Rs 78,000 crore divestment target for 2021-22.

LIC is a publicly traded firm and its  stock is traded on the exchanges the Bombay Stock Exchange (BSE) and the National Stock Exchange (NSE) both list the company’s shares  The listing on the NSE has been approved by the National Company Law Tribunal (NCLT). The Multex India Exchange also trades stocks. LIC raised Rs 5,250 crore on August 10, 2018 by an public offer of Rs 6,000 crore in 10-year non-convertible debentures (NCDs) and convertible bonds. At the time, it had Rs 3,79,900 crore rupees as outstanding shares.

How is LIC regulated?

LIC is a publicly traded firm. The Bombay Stock Exchange (BSE) and the National Stock Exchange (NSE) both trade its shares (NSE). The listing on the NSE has been approved by the National Company Law Tribunal (NCLT). As a result, it falls under the Sebi’s statutory regulatory competence. It has, been given permission to provide offer of sale up to 40% of its shares on a royalty basis to non-profit groups and recognised academic institutions. Within the stipulated limitations, the NCLT has approved the issuance of shares through a Private Placement. The modern kind of life insurance was brought to India by England in 1818. The Oriental Life Insurance Firm was the first life insurance firm to be created on Indian land, and it was founded in Calcutta by Europeans.

See also  Investor Alert: 30 IPOs to come out in the next six months; Devyani International, largest franchise operator of global restaurant chains, all set to float IPO as it gets SEBI's go-ahead.

The Industrial Policy Resolution of 1956, which established a policy framework for increasing State control over at least 17 sectors of the economy, including life insurance, included the nationalisation of the life insurance industry in India.

India’s statutory insurance and investment organisation is based in Mumbai. As of March 30, 2021, the LIC network consists of 113 divisional offices, 8 zonal offices, 2048 branch offices, 1546 satellite offices, and 1173 micro offices, all of which are connected by a wide area network and serve 1.20 million people.

Mumbai is home to India’s statutory insurance and investment company. As of March 30, 2021, the LIC network consists of 113 Divisional Offices, 8 zonal offices, 2,048 Branch Offices, 1,546 Satellite Offices, and 1,173 Micro Offices, all of which are linked by a wide area network (WAN) and have a total of 1.20 million agents.

LIC owns assets worth over 31 lakh crores  as of March 2020, and has invested over Rs 2,82,000 crores towards people’s welfare. LIC has developed into a financial powerhouse and a byword for life insurance in India over the years.