GDP data for the first quarter is to be released on August 31 and here’s what you should be looking out for.

Let me start this conversation by saying economists are confused about the GDP. The estimates and predictions are haywire, contradictory, and to be honest, weird. I mean, on one end you see market activity flourishing with record-breaking numbers while on the other end, predictions for the fiscal year are being re-revised, cut down consecutively by organizations like the International Monetary Fund and Moody’s. While consumer demand is still lowkey due to uncertainty in the near future and India inc. has adopted a deleveraging act, sectorial gross value added is growing year on year.

Well, yes, there are perfectly sensible explanations for all of this, thanks to the good old economic theory we are blessed with. However, when it comes to estimations, the hit and trial is what’s working best for us. So, of all the far-reaching estimations and contradictory predictions, the gross domestic product numbers to be released tomorrow would bring some stability in thought.

The Ministry of Statistics and Programme implementation will be releasing their detailed report on the state of the Indian economy for the first quarter of the current fiscal year. This benchmark report will be presenting the official gross domestic product numbers, giving analysts and economists a chance to revise their findings. These official numbers would also present information on various parameters of the economy, indicating the health of the economy overall.

So, I’m sure you’re all eyes in for the numbers. Here’s what you should be looking out for in the report tomorrow to be able to correctly estimate where we are standing.

To begin with, note that the number we’re all desperately looking out for is the gross domestic product, which would tell us how much the total value of all goods and services produced in the country during the three-month period has increased. Now, this comparison is presented in percentage terms, relative to the same period last year, called the year-on-year change. I guess this gives you an idea of what I’m getting at, right? Last year during this very period, we were in a nationwide lockdown, with economic activity crunched more than ever. Thus, a percentage number showing a year-on-year increase on that base would ultimately look higher, more than it is in absolute terms relative to the periods of normalcy, or the need of the hour to be precise.

This is referred to by the economists as the “low-base effect”, meaning that even if the numbers are high, say in the estimated range of 18-22 per cent, the actual change in absolute value would be more or less close, and not even equivalent to, the levels which we were at in the first quarter of 2019, given the 24 per cent contraction in the last fiscal year quarter.

So, would the double-digit growth numbers be really worth appreciating? Think again. This calls for the need to look beyond the percentages and compare absolute quantities to assess the condition of the country’s economy.

This parameter is easily playing the role of the weakest link of the economy as yet, to no one’s surprise actually. Discretionary consumption hit a record contraction during the lockdown periods and it would be safe to say we haven’t done too well in the department since. Even though we have had a detailed discussion on why the state of discretionary consumption looks like what it is at right now, let’s just suffice to say the oscillating uncertainty and exhausted savings answer the conundrum.

Even though the production has picked pace thanks to the stimulus-led global demand, consumption figures have been a little hard to make sense of. Being the biggest contributor to India’s GDP, discretionary consumption numbers would play a very significant role in the report to be released tomorrow. 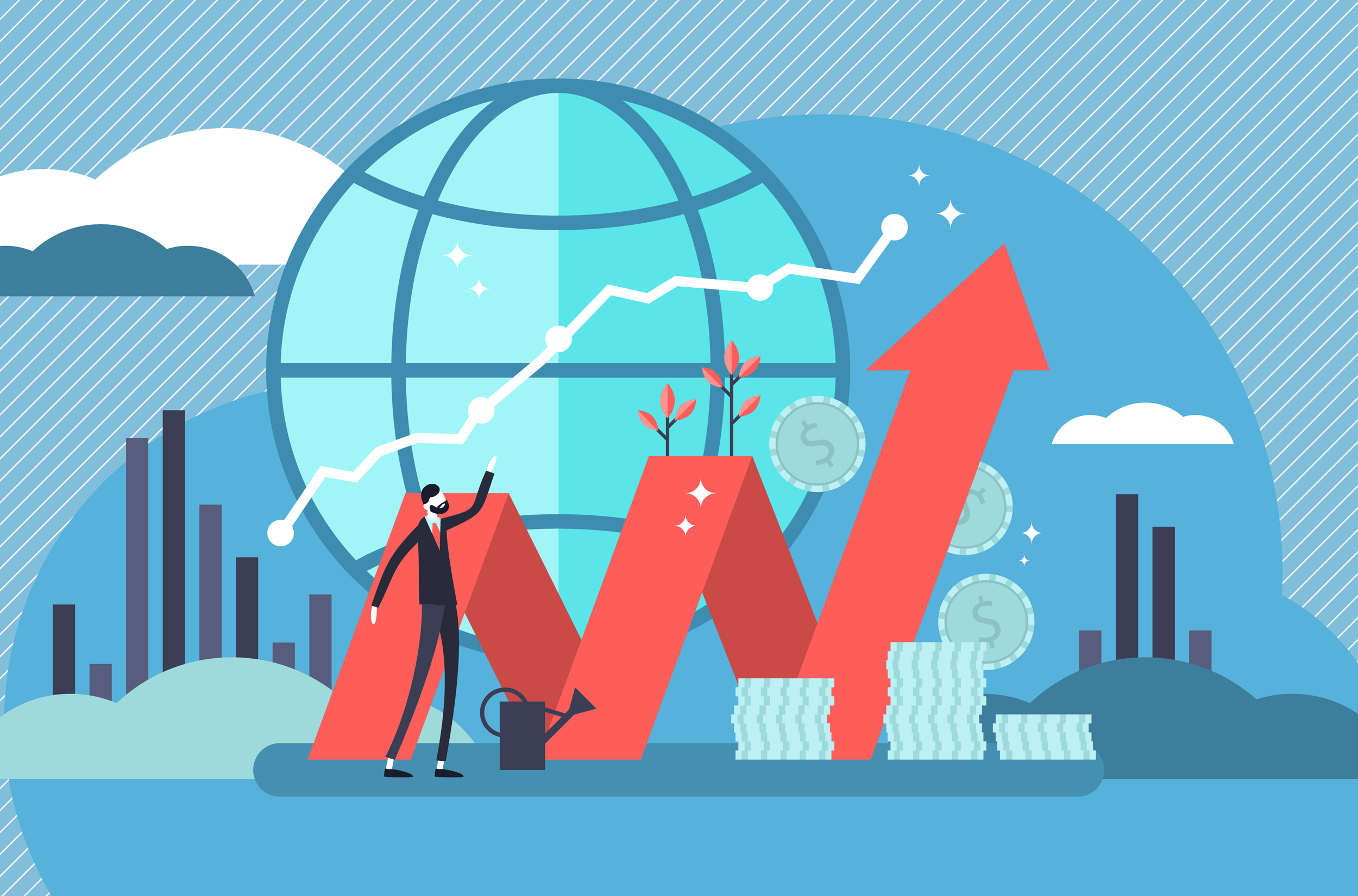 And before you begin why we are so fixated on consumption, allow me to state some facts for you. Private consumption contributes to about 55 per cent of India’s total gross product, making it a consumption-led economy, as opposed to the production-driven advanced economies. Not only that, the direct correlation between investment demand and consumption is widely talked about and accepted, especially at a time when the big names of the country are deleveraging and letting go of employees. This means that another very important engine of growth, investment demand, is also contingent on private income.

Even though the government has been trying to boost up private investment through tax breaks and other business incentives, it hasn’t been enough to sustain this significant engine of economic growth. To be thorough with what we are referring to, note that private investment, as a function of real interest rate and income, contributes about 32 per cent to India’s total income.

Experts suggest that value-added is a much better indicator of quarterly growth when compared to the gross domestic product since it is explicitly a measure of the economic value increase, which is our ultimate goal eventually. The gross value-added numbers that would be presented in the report tomorrow would act as the analysts and researchers’ direct source of reference since it would explain how different sectors are performing. This relative measure of sectoral growth would give us information on both the performance of sectors relative to their past period performance and their performance relative to other sectors.

During the first wave of the virus in 2020, the agriculture sector was the only one showing positive value added by the end of the fiscal year, claiming its position as the economic saviour for the year. This time, however, automobile, construction and a few other sectors are said to emerge as strong value producers, as demonstrated by various data sources revealed during the period.

The sectoral gross value-added would also help us analyze the pathway of growth and help assess further policy action. To understand this, consider the monetary policy review released earlier this month, in which a few committee members argued that the Central Bank needs to change its stance from accommodative to neutral and the government needs to intervene for the weaker, in-need sectors since monetary policy has an impact on the overall economy and not just the ones in need.

One key thing to note here is that this again would be calculated on a low base, meaning that high percentages that you might see in the report would not be entirely representative of the growth in the sectors. You might want to glance through the absolute numbers to really understand what we are looking at.

Government’s role during the quarter-

Gross domestic product is an aggregate of the sectorial performance and net of government’s expenditure. More precisely, it’s the sum of gross value added and taxes less subsidies. So, the difference in the two numbers that we would see in the report would tell us how the government has contributed to the economy in the said quarter.

Not to our surprise, V-shaped recovery that the government boasted about for a considerably long time. What did come, however, is the K-shaped recovery, also referred to as the uneven economic growth pattern. This is reflected in the better-off position of a few that have had resources, while the millions other with small and medium scale businesses and unorganized sector jobs struggled to make it out of the pandemic, even now. Nonetheless, the government’s expenditure in this regard has been soaring since they have been trying to stabilize the vulnerable sections through subsidies and tax break incentives.

Therefore, the difference between the gross domestic product and the gross value added, as representative of the government’s expenditure, would be quite high. Look out for the number since it would tell us how the pattern of government expenditure looks like in the future to achieve targeted results.

However, in contrast to the year-on-year growth, which is usually referred to in India, experts sometimes suggest basing on the quarter-on-quarter growth.

It is because while referring to Q0Q, one compares how the economy did in one quarter as compared to the quarter just before it — instead of comparing it to the quarter exactly a year ago. So, an analysis of the first fiscal quarter of financial year’22 would be made with the fourth quarter of financial year’21. This allows us to establish the pattern of performance in a recurring manner, especially at a time when the situation year-on-year is tremendously different. So, look out for these quarter numbers tomorrow because their analysis with the last quarter would help formulate how the policy action would go forward.

Nonetheless, the report and quarter 1 data are imperative to establish a benchmark starting point for reports and estimates and would tell us the fate of government policy as we move ahead.

Khari Baoli and Taliban: strange ties between the 2