Khari Baoli and Taliban: what is going on

India plays the role of one of the biggest exporters of emerging economies. Being one of the biggest horticulture exporters to the world, exporter of goods and services to the globe and what not. The export sector of the country has always done wonders for our economy ever since globalization was introduced in the country and barriers were removed from trade. However, in this article, we won’t be discussing about the strong export sector of the country.

Today, we will discuss about a range of goods that are imported to India from a country that is currently being destroyed by the Taliban– yes we are talking about Afghanistan. India imports its dry fruits from Afghanistan, and therefore Afghanistan facilitates the running of the dry fruit business in India. However, as we all know what is going on in Afghanistan, the import prospects of dry fruit from Afghanistan do not seem to exist now. However, the currently ongoing crisis in Afghanistan threatens the Khari Baoli market, as there does not seem any import prospect from the nation, at least not now. Therefore, all those importers and traders whose livelihood depends on this business are concerned about the ongoing crisis in Afghanistan as it will directly impact their business, that too when they have already suffered a lot during the pandemic when shops were closed and there was no economic activity.

The Khari Baoli is very old and the beginning of it goes back a long way to the Mughal period. Since the Mughal period, Khari Baoli in Chandi Chowk has been a very great centre for commerce and trade in the country. The market has been playing a very major role since then In attracting dry fruit traders and others across the nation. The Pathans were first engaged in the dry fruit trade and Afghanistan has always played a major role in the facilitation of dry fruit import. However, things changed after the partition happened and therefore it led to the creation of another big dry fruit market – in Peshawar.

They also relied on Afghanistan for the import of dry fruit and therefore it led to the creation of the Indo-Afghan chambers of commerce in 1952 formed by the big traders. Today, this chamber has nearly 250 members including some of the oldest and biggest dry fruit importers in the nation. India has a great demand for dry fruits and therefore the development of this chamber benefitted the all-time high demand for dry fruits in the country. The chamber was created for the sole purpose of promoting business between the two countries and undoubtedly it served its purpose of creating a huge trade between the two countries.

It is first of its kind business body that is aimed at facilitating and spreading the growth of trade between the two countries. Its office was built in Katra Ishwar Bhawan, Khari Baoli and is still there to facilitate the trade. However, many dry fruit traders also had their offices in Kabul. But as time pass by, most of the offices were shut in the early 1990s because of the worsening of the security conditions in that country. Moreover, after the current destruction of Afghanistan, the few offices which were existing till now will also be permanently shut.

How can we be so sure that the dry fruit trade will be destroyed now?

During the previous Taliban regime which lasted from 1996 to 2001, the dry fruit trade between India and Afghanistan was completely disrupted and there was no export of dry fruits from Afghanistan to our country. In 2003, after there started to exist some stability in the condition of Afghanistan, India and Afghanistan signed a Preferential Trade Agreement which offered India substantial trade concessions ranging from 50% to 100% in some certain dry fruit import. 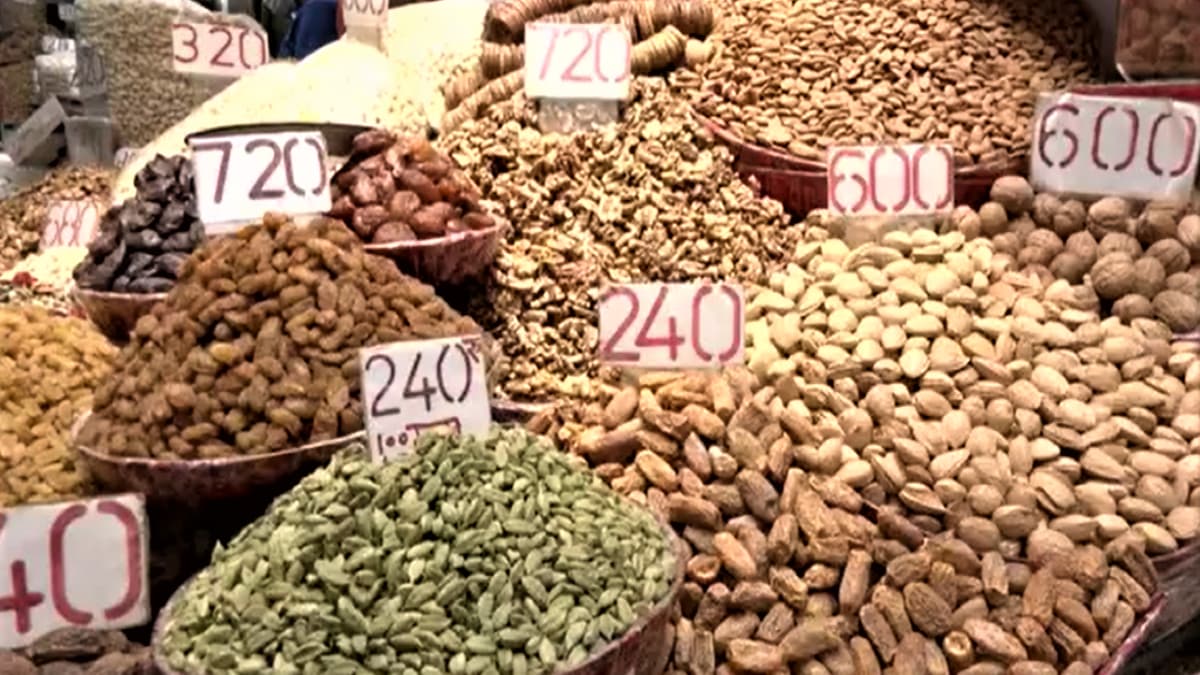 Trade picked up its pace again in 2005 after it was destroyed by the Taliban regime. However, the condition of Afghanistan after the Taliban took over again this year is worse than ever before. With no support from any nation around the globe and therefore Taliban took over the whole of Afghanistan within few days. This destruction has a direct impact on the trade of dry fruits from Afghanistan to India. The few existing offices in Kabul made by Indian traders will also be destroyed and therefore they will have to face losses.

What scares the most is that this is the peak season of import and trade of dry fruits, according to the traders. This is the time when the Indian importers and traders received fresh cultivation from Afghanistan. However, things will not be the same this year, not even a single per cent. The whole country is being destroyed and therefore there are no export prospects in that country currently.

Moreover, another big problem is the collapse of the banking sector of the country due to which these traders cannot facilitate the financial transactions with the traders there. Moreover, the government bodies have stopped functioning there and therefore no paperwork can be done. Some traders from Afghanistan which came to India to carry out their business are stuck in Delhi and are unable to go back after all this happened.

Therefore, problems from all sides are showing one clear sign, that India’s dry fruit trade with Afghanistan is on the verge of being over and is currently under a great threat as the condition of the country worsens. For almonds, the US has recently overtaken Afghanistan and therefore India can import the surplus of them from the US. However, for all other dry fruits, India is still dependent on Afghanistan and therefore it is a great problem for the whole country.

All of this happened during that time of the year when the demand for dry fruits is all-time high and therefore businesses involved in trading dry fruits in the country will have to bear the losses. It is scary as the country has suffered a lot during the pandemic, and these businessmen had nothing to do during the lockdown. Now was the time to revive and earn but with all that has happened to Afghanistan, the economy will definitely suffer.

GDP data for the first quarter is to be released on August 31. What positive/negative changes to expect? What all should you be looking out for?