Rising injustice, economically ravaged economy and social unrest are a few reasons why Lebanon is facing protests against its reluctant government. On August 4, which marked the first anniversary of the Beirut blast, streets were seen jam-packed with protestors and residents of the city. A march by the residents of the city was made to the port that was ripped apart by the explosion.

To state that it was a peaceful protest would be untrue as in the city, protesters clashed with police. According to reports, stones and fireworks were used during the protest. Given the current scenario in Beirut, it won’t be farther away from the truth to state that Lebanon is facing a stiff economic and political crisis. The rising tide of unrest is due to the fact that many demand arrest and prosecution of those who were guilty of the blast.

It is to be noted that the blast that took place a year before was one of the biggest non-nuclear explosions that happened due to political inefficiency and carelessness. The detestable blast had killed more than 200 people and had injured about 7,000 others. Given that, it is still not clear that who was responsible for the incident, shows a highly incompetent government, which has led to the rise of protest in the economy. 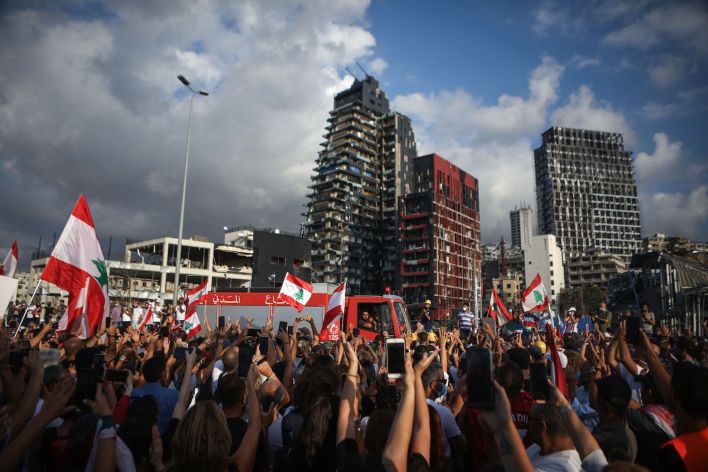 According to the reports that were released by the authorities, it was maintained that the blast had occurred after an odious fire had broken out at a warehouse that had stored a high amount of ammonium nitrate, which is highly explosive material.

It was stated that the warehouse had gone without inspection for a long time and high stockpiling of the explosive material had taken place which had led to the blast. But given the inefficient, incompetent government it is still not clear who stored ammonium nitrate in a warehouse. To accentuate the problem, the warehouse was quite detestably situated in the middle of Beirut’s densely populated city Centre.

Given such a political inefficiency and failure has played out in the country, it is quite understandable that why economic and political crises, at the moment, are ravaging Beirut.

Amid public anger that had reached its pinnacle after the blast then Prime Minister Hassan Diab had announced his resignation last year. But given the politically diabolical circumstances that now plague the country, Lebanon’s political elite still haven’t formed a government. On the contrary, Mr. Diab is continuing in his caretaker capacity. This is due to the fact that the other three leaders who were offered the Prime Minister post were inefficient enough to not reach a conclusion.

This in effect states that Lebanon, after its political debacle, still doesn’t have a fully functional government. To exacerbate the situation, the government has not been functional for almost a year. This is mainly due to the detestable fact that the country has a fractious political system as according to Lebanon’s post-civil war Constitution, the country’s President should be a Maronite Christian. In addition to President’s designated caste, Prime Minister should be Sunni and Parliament Speaker should be Shia.

Given such a fractious political system, it is always hard to find common ground and form the government as different political parties largely represent the different sects. 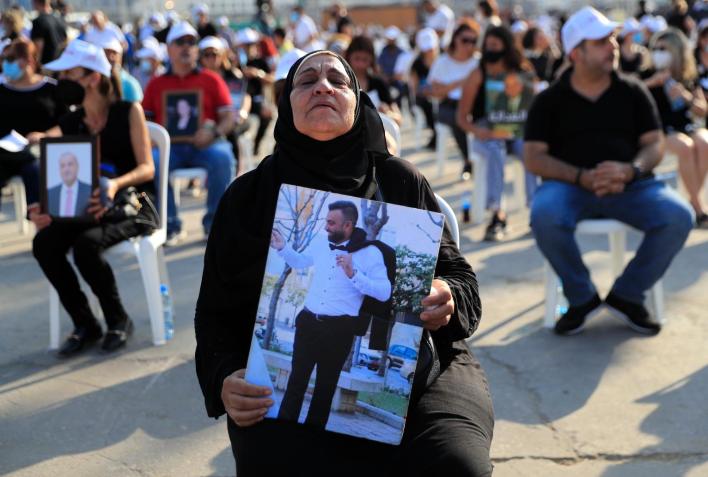 Additionally, it is to be noted that the political deadlock continues amidst Lebanon’s economic crisis which fell immensely into its worst crisis in decades. According to the reports, the 2020 blast effectively ripped the capital’s residential areas. Not only were human lives lost but the blast caused economic damages worth $15 billion.

See also  White House Was Reportedly Aware of Intel on Russian Bounties for U.S. Troops in 2019

It is worth mentioning here that even before the blast, the Lebanese economy was facing a huge economic slump and was facing steep contraction. The earlier economic contraction comes after the financial crisis that had plagued the economy in 2019. During the 2019 financial crisis, the country was seen defaulting on its bonds for the first time. Compared to its peers, Lebanon’s economic slump and defaulting were seen for the first time since its independence in 1943.

According to the reports released by the World Bank, Lebanon’s GDP per capita had fallen by 40% in dollar terms. It had fallen by 40% in dollar terms between 2018 and 2020. Consequently, its real GDP contracted by 20.3% in 2020. With subsequent real contractions in the economy, the Mediterranean country had slipped into “one of the most severe global crises episodes”.

Additionally, the covid pandemic has been ravaging havoc on the economy, so much so, that Lebanon is witnessing a scarcity of medicines and other goods. Given inefficiencies that have plagued the system, power cuts, shortage in medical necessities can be seen as the government doesn’t have funds to import fuel and provide much-needed assistance. 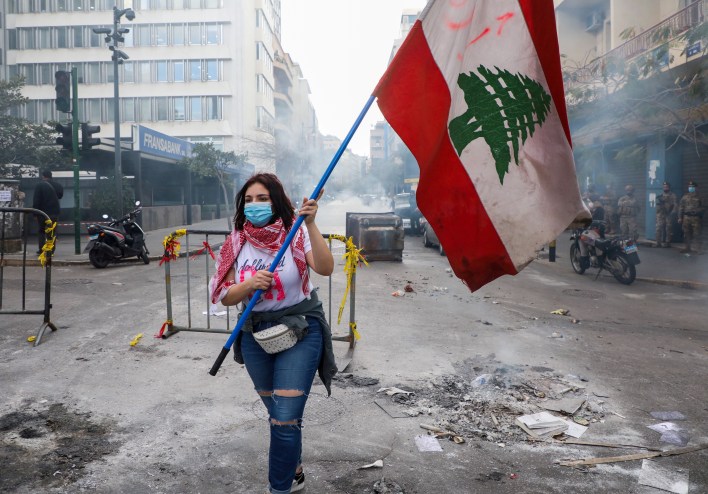 On the other hand, scarcity of products has led to burgeoning Inflation, which has shot up by more than 110%. With inflation rising in the economy, unemployment, which has soared to 40%, has only exacerbated the economy’s woes. This has unsurprisingly led to Crime and civil unrest which is on the rise and protests are the new normal. This, as aforementioned, comes at the backdrop of the inability of Lebanon’s political class to form an efficient, competent government to initiate economic and political reforms.

Witnessing such a humanitarian crisis in Lebanon, the UN and France had organized a well-structured virtual conference. The virtual conference was hosted in order to raise funds to help Lebanon. In a fruitful session, the donors had pledged about $370 million in fresh aid. But given the scale of the economic crisis, it is quite unclear whether it would be of any significant help for an economy that’s in free fall.

Why India’s Steady Exports Are At A Record High?