The Indian economy has been looking for its breakthrough for quite some time now, and it’s disappointing to know that objectives and desires only get postponed despite innumerable target policy plans and ambitious goals. After the golden period of 2003-08, India’s economy witnessed a significant slowdown from 2012-18, which disrupted the roots of growth set for the time before this.

Presented in India’s transport sector report for 2018 was the ambitious yet exactly feasible plan for the destined growth of India’s economy, the roadmap of actions that could take the Indian economy to its required future, precisely till 2032. However, post the unexpected COVID-19 pandemic, it seems like a rather complicated work, if not impossible.

The objective is to be set by policymakers; however, at this point should be to learn from the country’s significant slowdown and make sure that getting back on our feet doesn’t take a decade this time around. Discussed in the following sections were the problems that the country faced during the significant slowdown, the period of 2012-18, and the inefficiency of policy actions that led to it sustaining for the disappointingly long period. The importance of this conversation is to analyze these critical turning points with the current parameters and how learning from them could allow us to better recover from the impact that pandemic left.

Note that this was the period post the North Atlantic Financial crisis and global financial crisis, where the government had introduced a series of fiscal and monetary policy measures. Thus, in this period, these policies were taken back but with repercussions that were harmful to the country’s economy. This would allow us to assess the nature and scale of policy actions that must be avoided and adopted based on experience. 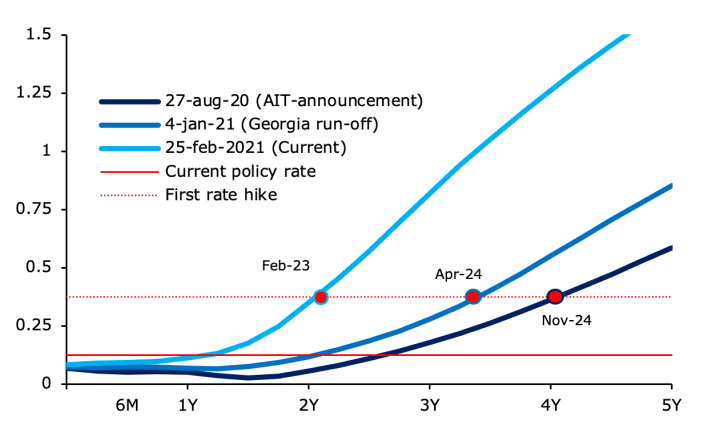 Even though the fiscal and monetary policy response to the crises was abrupt and adequate, it can be said that the reaction was overshot a little. This means that when monetary policy tightening eventually took place, it created a dampening effect, though expected, on economic activity and output.

The monetary tightening’s objective to control inflation also didn’t have the desired result since the food inflation had reached a level so in food items that it had become persistent. This forced monetary policy tightening to stay for a more extended period, and thus, economic activity remained contracted for a longer than justified period.

Also, note that the minimum support price for agricultural goods remained more than the wholesale price index for the entire 5-year period in question. This brings to question the need for more abrupt responsiveness to both monetary and fiscal policy, not only in their advance but in their tightening as well since both these timings have significant repercussions, as we have witnessed time and again.

Looking at the current monetary policy and the state of inflation, not only in India but in other countries as well, it can be said that we would have to endure a similar ordeal this time again since the timings of the repeated accommodative stance of the Reserve Bank of India have called in speculations time and again, and given the record, we may need to worry a little more.

The quality of fiscal stimulus

In the period of significant deceleration that we’re discussing, take note that fiscal stimulus was observed in the form of tax cuts and incentivizing subsidies while keeping capital outlays constant. This added to the demand pressure, as was observed in the high inflation rates during the period. The withdrawal of the fiscal stimulus was also slow and hesitant, and the public investment in infrastructure could not be sustained during the period, which resulted in a growth slowdown, particularly in the manufacturing sector.

If we are to be completely honest, we cannot say that the manufacturing sector has fully recovered from the phase since the growth levels required from and potent of the industry have not been quite observed, even today. Just a reminder, every growth plan that India has goes through the path of swift recovery of the country’s manufacturing sector.

In any case, restoration of sustained high overall growth in the future will be critically dependent on the reinvigoration of the manufacturing sector towards double-digit growth rates, which are significantly higher than even the reported national accounts manufacturing growth rates.

The situation is also similar to the scenario in the fiscal space today, for the government’s attempt to support production while overlooking income revival has been reflected in consumer demand contraction and supply-side inflationary pressures. Note also that the investment plans announced for the long run in the fiscal stimuli released by the government also look a little dicey at the moment, given the deficit situation.

Private sector crowding out due to incomplete stimulus withdrawal- 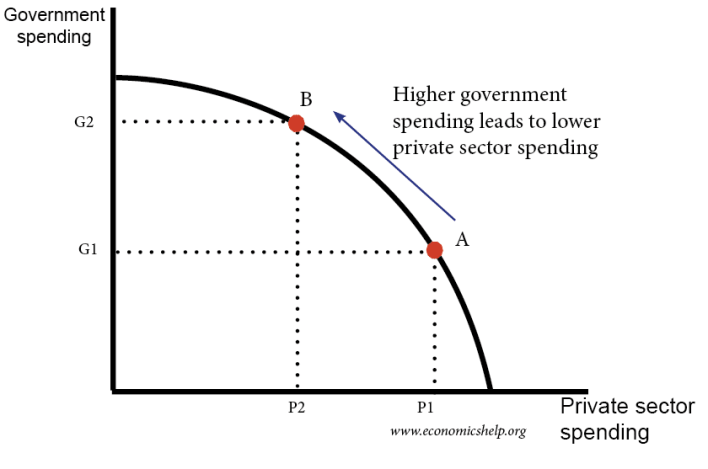 Reports studying the pattern observed during the 2012-18 period state that the incomplete withdrawal of fiscal stimulus led to the crowding out of the private sector and hampered the private corporate sector.

Crowding out of the private sector occurred because corporate profitability and investment were significantly low during the said period. The ratio of interest payments as a proportion of gross profits has been highest since 2012. This means that given the government borrowing due to prolonged sustenance of the fiscal stimulus, the private sector’s availability of domestic resources, i.e., households savings, was therefore squeezed from all sides.

In the current context, the subsidies and fiscal borrowing have been relatively much more controlled, but the problem on the corporate investment side remains. This means that even though funds are available for firms to undertake capital investment from, the willingness on their part, however, is shockingly low, contributing to what we call an “income leak.”

This has been a significant problem for the country innumerable times and presented itself all over again in 2012-18 when the current account deficit levels rose well beyond the comfort levels of the government. This was a combined result of a contraction in global growth post the North Atlantic Financial crisis that impacted exports and high negative, accurate interest rates on deposits that initiated more gold imports.

See also  No reason to believe Covid-19 will disproportionately affect children in the next wave: N K Arora

It is hard to comment on the state of this feature in the current context since not many changes have been observed, or say disclosed, in this regard. However, it is essential to be wary beforehand, for we’ve been ardent witnesses of what happens when things go south with the current account.

The deceleration in industrial growth 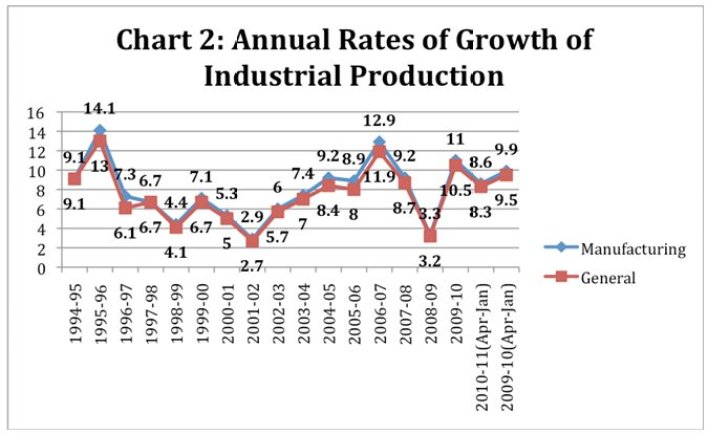 One key feature of growth deceleration and policy inefficiency is observed through a fall in the industrial output, given out by indicators like the Index of Industrial Production and the Annual Survey of Industries. According to the numbers released by these indices, output growth slowed tremendously, at 3-4 percent. However, the value-added for the same period showed 6 – 6.5 percent levels. This is absurd, and well, unique, but it hampers our inference on how industrial growth fared during the supposed period.

Nevertheless, as for this time around, indicators like the Industrial Production Index present a relatively large picture, even though the data stays restricted to the formal sector. This is one healthy sign and portrays that, if worked on the critical problem areas, the country can avert the slowdown that the pandemic caused in a significantly less period than the deceleration of 2012-18.

The policy problem that India has always faced is acknowledging the issue since it forms the first and foremost step of solving the problem. While the country’s political parties stay conflicted between presenting and persuading their political innuendoes, its economy might lose the golden period of growth it is looking at in front of itself. The country’s endowments make it potent for the designated growth it wants and well, deserves.

Will expose nexus between Wankhede and some BJP leaders in Maha's winter session: Malik