Share
Facebook Twitter LinkedIn Tumblr Pinterest Reddit VKontakte Odnoklassniki Pocket Skype WhatsApp Telegram Share via Email
Continuing his tirade against NCB‘s Mumbai zonal director Sameer Wankhede, NCP spokesperson and Maharashtra minister Nawab Malik on Friday said he would expose some BJP leaders and their alleged connection with the officer in the winter session of the state Legislature to be held in December.
Referring to his own – “Picture is not over yet” – tweet that he had posted on Thursday after Aryan Khan, son of actor Shah Rukh Khan, was granted bail by the Bombay High Court in the drugs-on-cruise case, Malik said the picture will end with Wankhede losing his job and facing legal action for forging documents and securing a job that was meant for an SC candidate.
Malik has levelled a slew of allegations against Wankhede, who led the raid on a cruise ship off Mumbai coast earlier this month, in which Aryan Khan was arrested. 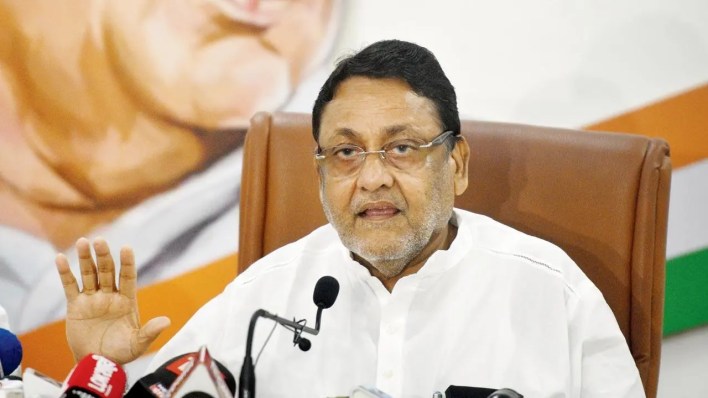 Talking to reporters on Friday, Malik said, “I am going to expose some BJP leaders and their connections with NCB officer Sameer Wankhede in the winter session starting from December 7. It will be a stormy session and once those names are out, the BJP leaders will not be able to show their face in public.”
He alleged that Fashion TV head Kashif Khan had organised the alleged drugs party on the Cordelia cruise ship.
Malik claimed, “Kashif Khan is notorious for distribution of drugs, for running sex and pornography racket and had posted the advertisement of Cordelia drug party on social media. Despite that the intelligent officers of the NCB did not call him for any inquiry or probe.”
“One NCB official even told me that whenever they tried to take action against Kashif Khan, Sameer Wankhede opposed them. It is a murky business and more such cases will surface in the coming days,” the minister said. On his tweet, Malik said that he and Shiv Sena leader Sanjay Raut will have to complete this “picture” just like the famous scriptwriter duo of Salim-Javed, who wrote scripts of several blockbuster movies in Hindi in the 1970s.
When asked about how this picture is going to end, Malik said, “The picture will be over with Sameer Wankhede losing his job and facing legal action for forging documents to get recruited via reserved quota for SC category. He was born in a Muslim family, but he forged his birth certificate to get this job.”
As per Malik’s claim, Wankhede was born as a Muslim, but forged documents, including a caste certificate, to show that he belonged to the Hindu SC category to get a job under quota after clearing the UPSC examination.
Speaking about his “picture” tweet further, he said, “Sanjay Raut has said that he would take care of the post-interval script. But going by the information coming out, it looks like we both will have to complete the picture like Salim-Javed.”
Earlier, referring to Malik’s tweet, Raut told reporters, “Malik has shown you the picture till interval. Rest of the part will be completed by me.”

Raut also said that Sameer Wankhede’s wife Kranti Redkar has no business in this controversy surrounding the her husband. 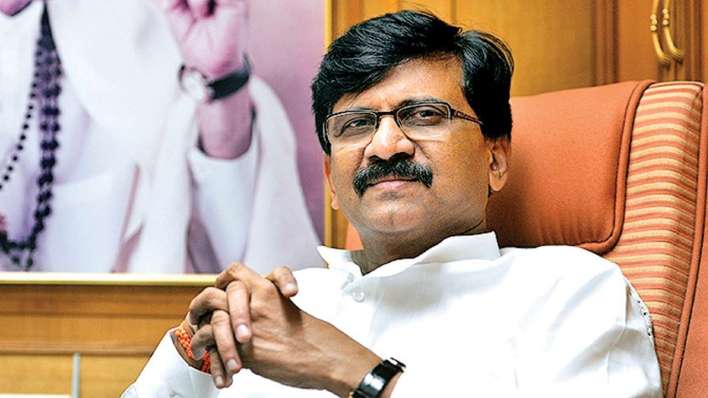 “This is the case between NCB officials and the arrested persons. There will be no injustice to anyone,” he said.
On Thursday, Redkar had written a letter to Maharashtra Chief Minister Uddhav Thackeray, seeking justice in the wake of the “attack on her family and her personal life”.
In her letter to the CM, the NCB officer’s wife had said, “Being a Marathi person, I expect some justice from your side as my personal life is unnecessarily being dragged into a controversy. Had late Balasaheb Thackeray (father of Uddhav Thackeray) been alive today, he would not have tolerated such personal attack on a woman’s dignity.”
Talking about it, Raut said, “The ED, CBI and other agencies are harassing Marathi people is more important. False cases are being filed against Marathi people merely to defame the state.”
“The crime (in drugs party case has taken place here in Maharashtra; thus the investigation will take place here itself,” Raut said.
Wankhede is in the eye of a political storm following allegations of extortion in the high-profile cruise drugs case. The officer is facing the departmental vigilance probe.
See also  Trump, White House dismiss data predicting surge in coronavirus deaths in US