Legacy may be a source of pride or shame, and it alters history according to an individual’s moral sensibility. Political expediency is the enemy of conscience as the Opposition attempts to resurrect its past of “together they stand, divided they fall innumerable times.”

The “unity syndrome” reappearance enables the opposition players to regain their footing. For the preceding seven years, a slogan and a leader capable of opposing Prime Minister Narendra Mod have been sought. They were, however, unable to agree on a site or plan.

Outside of Parliament, despite their efforts in Parliament, there has been little collaboration amongst the opposition parties. For the first time, the leaders of 19 political parties joined forces to begin an anti-central government agitation campaign on the ground. They did not impose their organization or leadership on the movement. Sonia’s charm offensive, on the other hand, served as the campaign’s formal kickoff. In the Indian Congress, Uddhav Thackeray, MK Stalin, Hemant Soren, Sharad Pawar, Tejashwi Yadav, and Jayant Choudhary forged a galaxy of grit.

Along with the BJP, 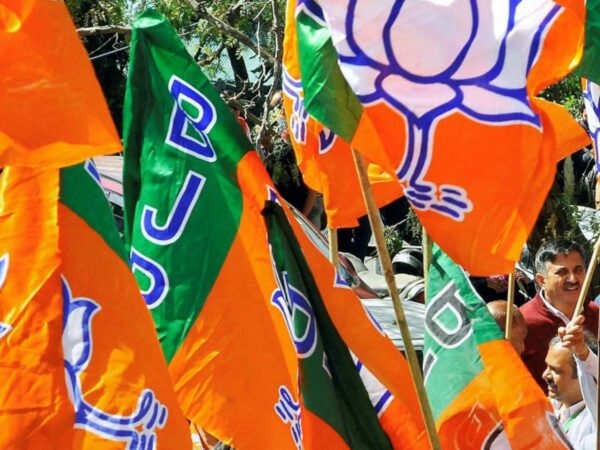 “The ultimate objective is to win the Lok Sabha elections in 2024. One among equals rather than the first pick for the Magnificent Old Party now that it has ceased to be so magnificent. To establish a government committed to the values of the liberation movement and the principles and laws of our Constitution, we must plan systematically, Sonia said, promising that Congress would not be “found wanting” in the endeavour. It has been decided that all opposition protests would be attended.

By resurrecting her 2004 political strategy, Mrs G summoned history’s victory by reaching out to her most adamant political opponents, Sharad Pawar. Apart from Atal Behari Vajpayee, the BJP had no meaningful opposition. The Congress had been idle for 13 years, but under Sonia’s leadership, it was resurrected. In 2009, her coalition experiment paid out even more handsomely, with her party winning more than 200 House seats. In 2004, a few arrogant top BJP leaders felt they could win without partners, and as a consequence, the party lost power. All of the BJP’s long-standing allies, including the Shiv Sena and the Akali Dal, have withdrawn from the NDA, placing the Opposition parties in a similar political scenario.

The TDP has already deviated from the Modi lineage. The TMC and other regional parties, including the Congress, are capitalizing on the Congress’s disinterest in the region. There is no doubt that Didi’s party will grow in popularity in the Northeast due to Sushmita Dev’s recent defection from Congress to the TMC.

When a large party achieves a significant triumph, lesser parties often follow suit, switching allegiances to that party. To defeat the BJP and its allies, she has opted to acknowledge and accept the leadership of regional parties in Bengal, Tamil Nadu, Bihar, Andhra Pradesh, Telangana, and Maharashtra. As a result, its top leaders have concluded that even a symbolic fight against the BJP would be brutal without Congress. Between the Congress and the Bharatiya Janata Party, at least 200 seats in India’s Parliament will be fought (BJP). Even with 75 members in the House of Representatives, it is conceivable to form an alternative government.

Mamata said the new coalition should include the TRS and the YSR Congress. When asked who would lead the Opposition in a fight against the BJP, she said, “Forget about who the leader is; let us put our own interests aside.” “I am not a political astrologer,” Didi previously said as one of the Opposition’s prime ministerial candidates. Is there a one-size-fits-all solution? I’m perfectly OK with someone else taking over. We can choose to debate it. You cannot compel me.

Indian Prime Minister Narendra Modi’s popularity has declined in the hills and growing in the plains. The BJP’s recent electoral setback in Bengal to the Trinamool Congress has instilled fresh confidence in the Opposition’s potential to derail the Modi Magic. For the previous six years, opposition analysts have been monitoring Modi’s diminishing popularity, they claim. Despite the growth of polling organizations during the monsoon, India Today’s 40-year-old poll is recognized as the best anemometer for identifying the direction of the wind. Since 1980, most of India Today’s opinion polls have been consistently accurate.

Modi defeated Rahul Gandhi’s 15% in a January 2014 survey, according to Mood of the Nation statistics. Modi made history five months after the election by guiding the BJP to a majority.

According to an India Today poll, NaMo’s popularity has consistently declined throughout his five-year reign. In January 2020, just 34% of people surveyed felt he was the most extraordinary Prime Minister. At the pandemic’s apex in August, his support increased by 66 per cent, an unexpected result.

Yogi Adityanath has garnered barely 3% of the state’s poll so far, upping the ante against Rahul. According to the latest India Today poll, just 24% of respondents believe Modi is the best option for the prime minister, while Yogi has increased to 11%. Mamata is not visible in this photograph.

By contrast, when Vajpayee’s first 13-month tenure as Prime Minister ended in 1999, he garnered 43% of the vote and 47% after the conclusion of his second term from 1999 to 2004. Even P V Narsimha Rao’s five-year reign, which had 34% support, was beset by scandals and controversies.

The Opposition’s mentality has been bolstered by pessimistic psychological prophecies about the Prime Minister and his party. It is past time for the Opposition to unify against the One-Man Rule, which they see as a severe form of Government. They feel that history will vindicate them. The TINA equation involved Indira Gandhi and Atal Bihari Vajpayee. Nonetheless, both candidates were pounced on and crushed to bits.

Rajiv Gandhi surpassed all records by winning over half of the national vote and more than 400 parliamentary seats. In 2024, the Gandhis and Modi will square off for the last time. Modi had a massive influence on India’s political and social scene seven years ago. He eradicated a century-old political institution and a few lesser ones. 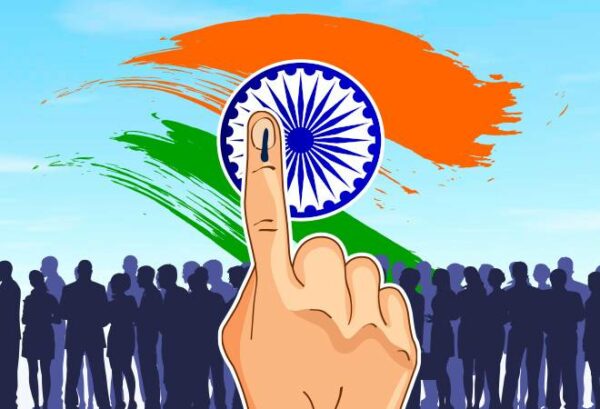 Saffron King is being held back by a tenacious past that has resurfaced from the depths of history, rebuilding its once-powerful legacy on the power chessboard. It is too early to know if this intellectual unification will result in a meeting of the hearts during the conflict.

However, India is on the brink of a sea change, owing to a more capable Opposition with a turbulent past. The merchants of hope’s caravans have begun marching against Modi’s monopoly along the political Spice Route of national resistance, where saffron is significant money.

How come the Government is not more concerned?

Even the United States and the United Kingdom could not improve their performance. The Indian Government considers the country’s low death rate as a barometer of success. India has generally fared well, except a few months later. It is convenient for the administration to attribute the second wave to changed variants. Additionally, it has been claimed earlier that ‘health’ is a state subject and that state governments are ultimately accountable for failures.

Except for Uttar Pradesh and Karnataka, states with a rise in cases or deaths are governed by non-BJP governments. On these technical fronts, the public relations apparatus is well-equipped to bolster its image and quiet its critics.

To say the second wave was destructive is an understatement. Because the poor and migrant labourers were disproportionately affected by the last pandemic wave, discussions on pandemics mainly were academic. To quell the uproar, the upper-middle class and wealthy must first overcome their obstacles. Inflation and unemployment seem to be non-issues at the time. A government’s ability to impose shutdowns and make recommendations is limited. Citizens are ultimately accountable for conforming to social distancing norms and regulations. Conservative BJP supporters have previously said that people (who planned weddings and flouted covid rules) should be held accountable, not Modi. This was firsthand seen in February when I was in India on a study trip. Because the Government did not prepare for medical concerns that could arise due to persons being ill, the situation deteriorated.

Because of its failures with ‘demonetization’ and other programmes, the Government exudes arrogance. Despite their discomfort, many hoped for a more hopeful future due to these “bitter medications.” There is an innate drive for advancement, and individuals have always gone the extra mile when prompted by leaders (Shashtri, JP).
Numerous decisions were made with the majority of voters in mind. Three items, in particular, have excited Muslim fundamentalists: “triple talaq,” Ayodhya’s Shri Raman temple, and the CAA. They want to vote just on them.

Like the bulk of the media, they remain enamoured with Modi and believe his performance is outstanding.

For many Hindutva supporters, the prospect of Muslim rule shortly is a significant source of fear. As a result, their priorities are somewhat wrong. They prefer policies that maintain control over Muslims above those that seek to better society as a whole. On the other hand, financial and medical advancements pale in contrast.

The Government is mindful that it can afford to depend on others for assistance. As long as Modi maintains his position as India’s most influential leader, state elections will little the national result. Although his image has been tainted by the Covid and vaccination fiascos, it remains superior to other leaders.

Even if his Morningconsult.com ratings are lower than any other Indian or global politician, they are still relatively high. His popularity will increase as most Indians will be vaccinated by the end of the year.

The Opposition is uninteresting. Opposition parties are devoid of charismatic national leaders. While many are critical of Prime Minister Narendra Modi, they are equally open to a new leader. The Congress party expects to garner support from the public outcry. Even in municipal elections, they have been unable to mobilize a sufficient number of votes with this technique. To advance official narratives, opposition parties primarily engage in Modi-bashing on Twitter and intra-party conflict.

Modi, despite his flaws, continues to develop and improve. Twenty-four years from now, 2024 is still a long way off. The epidemic’s days will rapidly fade away with enough time, money, and resources. Additionally, the BJP is driven by a great desire to win and expend considerable effort. Despite their setback, the fact that they grew from a single digit to almost a triple-digit number in Bengal is worth celebrating.

Our new hybrid lives: Tactile virtual experiences and hardware that lives with us 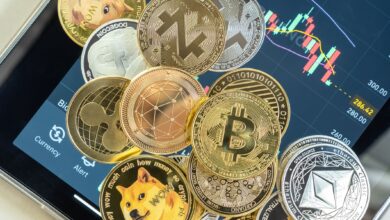 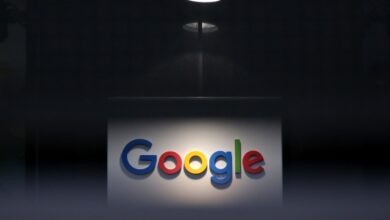 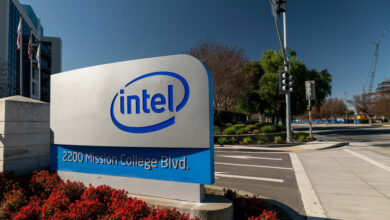