India-Vietnam Relations in the Past

Since the second century, India and Vietnam have had cultural and commercial ties, and The Indic Chăm Pa dynasty influenced Vietnamese music. Relations between India and Vietnam have been governed by mutual political interests in the modern age. India was one of the few non-communist countries to aid Vietnam during the Cambodian–Vietnamese War, and it was against US actions during the Vietnam War. 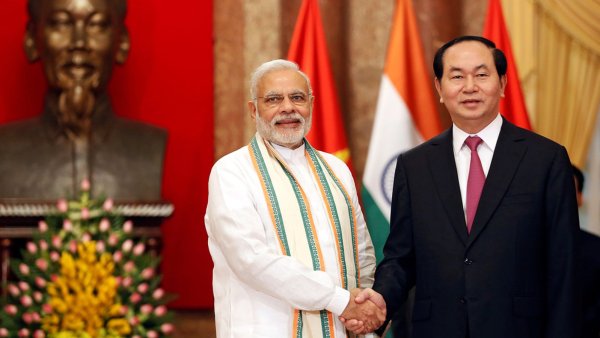 This week, India’s ties with Vietnam, a key Southeast Asian ally, will strengthen (Dec 15-19) when Vietnam’s National Assembly President Vuong Dinh Hue visits New Delhi, with the two sides planning to sign MoUs in the areas of pharmaceuticals, healthcare, science and technology, communication and the environment and seeking to strengthen energy ties.

Hue will attend the fifth-anniversary celebrations of the Comprehensive Strategic Partnership and a business roundtable targeted at attracting Indian investment.

The relationship between Vietnam and India has flourished in all areas, including inter-parliamentary collaboration. In this connection, the visit aims to open up new avenues for legislative cooperation, an element of the bilateral Comprehensive Strategic Partnership, and deepen bilateral cooperation in multilateral forums. Setting areas, creating rules, and configuring termination into rule-based multimodal techniques will be discussed during the visit.

Hue’s visit will lead to breakthroughs between the two countries. The two countries are now looking to strengthen their collaboration based on Vietnam’s economic achievements and market potential. Officials from both countries are looking into new ways to collaborate economically. Vietnam has strategically located near mature markets like Japan and Singapore and fast-growing markets like Thailand, thanks to the South China Sea.

It should be recalled that the National Assembly of Vietnam, notably Hue, played a critical role in dealing with the pandemic and ensuring Vietnam’s non-permanent membership in the UN Security Council. Hue, Vietnam’s capital, has devoted more resources to eradicating Covid, in the face of the epidemic, a country with incredible resilience. Vietnam has had an impact on the United Nations Security Council. 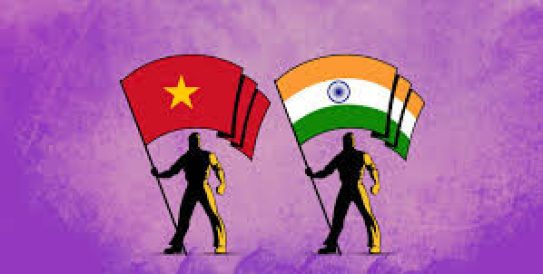 A signed letter of LOI-

On Thursday, India and Vietnam signed a Letter of Intent to cooperate in digital media, paving the way for the two countries’ relationship to become even stronger. A letter of intent is a document that outlines the agreement that two or more parties wish to formalise in a legally binding contract. Heads of agreement, term sheet, or memorandum of understanding are all examples of related concepts.

According to the Ministry of Information and Broadcasting statement, the Memorandum of Understanding includes capacity building and training programmes for media professionals and officials in both countries.

“The friendly chat between the two Ministers at Thakur’s residence displays the warmth in the friendship between India and Vietnam.” The Union Minister of Information and Broadcasting emphasised that the deep relationship between India and Vietnam had been strengthened by recent visits by India’s President and Prime Minister to Vietnam and that today’s meeting would shape bilateral cooperation in the field of new technologies and challenges, like the ‘infodemic,’ which all countries are grappling with during the COVID-19 pandemic,” according to a statement.

Thakur informed Vietnam’s Minister of Information and Communication on the government’s Digital Media Ethics Code, which has been in effect since February 2021.

A letter of intent (LOI) is a document that states two parties’ commitment when they start a commercial relationship. It lays forth the key terms of the potential agreement.

During the meeting, Hung invited Thakur to visit Vietnam and discussed ways for journalists from both countries to gain access to information about socio-economic developments in each other’s countries, allowing for greater dissemination of success stories and stronger people-to-people ties according to a ministry official.

According to the ministry, the five-year “Comprehensive Strategic Partnership” between India and Vietnam ends this year, and the two will celebrate fifty years of diplomatic relations in 2022. 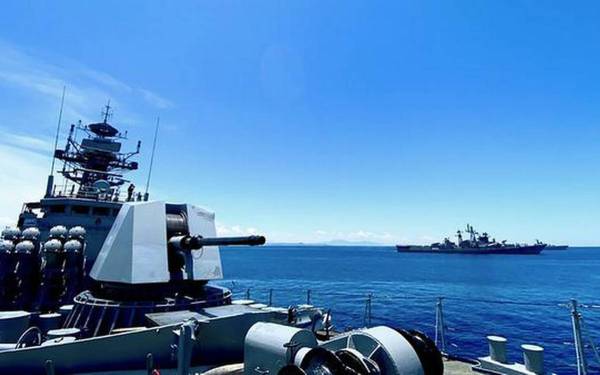 The 50th anniversary of the establishment of diplomatic relations between New Delhi and Hanoi in 2022 and the fifth anniversary of the Indo-Vietnam Comprehensive Strategic Collaboration in 2021 are testaments to the developing partnership between the two countries. PM Narendra Modi stated during the December virtual summit that Vietnam is a vital pillar of India’s Act East policy and a key partner in the Indo-Pacific Vision. The two sides inked seven agreements in sectors like defence and energy and a collective vision for peace and prosperity to contribute to the stability of the South China Sea region.

As a growing global power, India should play a key role in safeguarding freedom of navigation and overflight in the region in the face of China’s territorial claims in the South China Sea (SCS).

During the visit of Vietnam’s Prime Minister Nguyen Tan Dung to India in July 2007, relations between India and Vietnam were upgraded to the level of ‘Strategic Partnership.’ Bilateral connections have been upgraded to “Comprehensive Strategic Partnership” status in 2016, during Prime Minister Modi’s visit to Vietnam, a position shared by only two other nations — Russia and China.

Vietnam was India’s 15th largest trading partner internationally in the Fiscal Year 2020-21, and the 4th largest within ASEAN, after Singapore, Indonesia, and Malaysia. On the other hand, India was Vietnam’s tenth largest commercial partner worldwide. India and Vietnam have a long-standing development collaboration that has benefited Vietnam’s capacity building, Sustainable Development Goals, and socio-economic development. Within the ASEAN framework, India has also given aid to Vietnam.

The total value of India’s investments in Vietnam is estimated to be over $ 1.9 billion, including those made through other countries. According to the Vietnam Foreign Investment Agency, India has 299 valid projects with a total invested capital of $ 909.5 million as of April 2021, putting it in 26th place among nations and territories investing in Vietnam.

Energy, mineral exploration, agro-processing, sugar, tea, coffee production, agrochemicals, IT are all main areas of Indian investment. Vietnam’s Investments in India are at a ten-year high. By 2020, Vietnam will have six investment projects in India, with $ 28.55 million, primarily medicines, information technology, chemicals, and building materials. 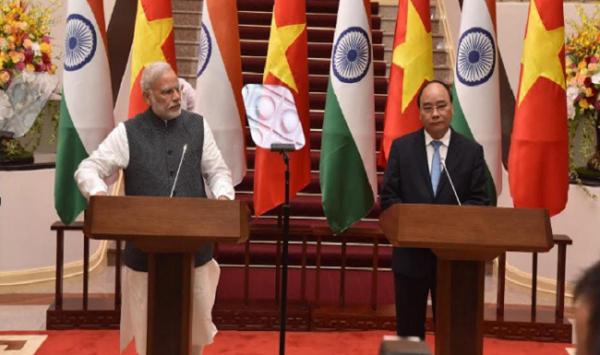 Today, Vietnam is an economic success story, commemorating 35 years of Doi Moi strategy, which has helped the country strengthen its position in the world arena under the Communist Party’s leadership. Since the Doi Moi economic reforms in 1986, when Vietnam’s GDP per capita was around $422, the country has shifted to middle-income status, with a GDP per capita of $2,785.

Vietnam is become a manufacturing powerhouse, specialising in cellphones and computers parts. Vietnam’s burgeoning middle class is both tech-savvy and creative, thanks to the country’s economic progress. Officials in Vietnam are working hard to build the digital economy, which they hope will amount to 30% of GDP by 2030.

Hue’s visit will help strengthen the India-Vietnam comprehensive strategic partnership, which will benefit both countries’ peoples and regional peace, stability, and prosperity. Vietnam is gradually proving to be a key partner and pillar in India’s Act East strategy.